One of the most teased and highly anticipated programs that took place during the first day of the Manila International Auto Show (MIAS), was the launch of the Tiggo 8 Pro and Tiggo 8 Pro PHEV. 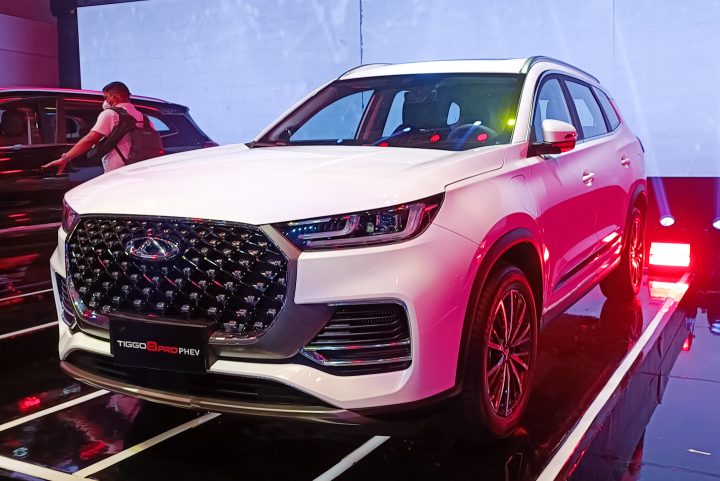 While Chery is quick to call the Tiggo 8 Pro a midsize crossover, in reality, it can actually rival the size of midsize SUVs such as the Toyota Fortuner, Mitsubishi Montero Sport, and Nissan Terra.

In terms of looks, the Tiggo 8 Pro and Tiggo 8 Pro PHEV carry the familiar “Pro” front fascia seen on other “Pro” models in the Chery line-up. Their faces feature a gloss-black honeycomb-like grille flanked by aggressive-looking swept-back headlamps. 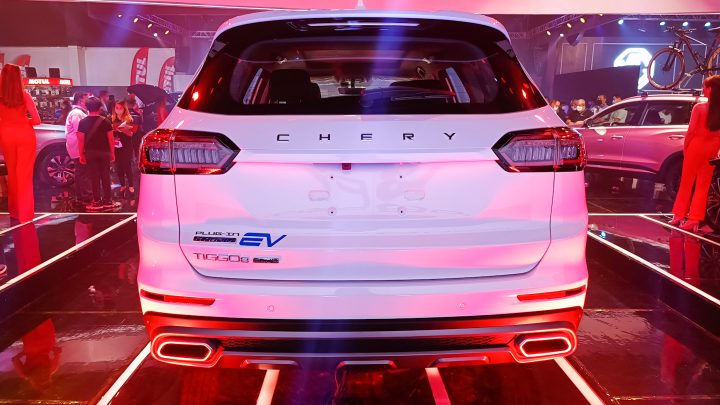 Under the hood of the Tiggo 8 Pro is a 1.6-liter turbocharged gasoline engine that generates 183PS and 275Nm of torque and is paired to a seven-speed dual-clutch transmission. The Tiggo 8 Pro PHEV meanwhile, has a 155PS, 230Nm 1.5-liter gasoline engine with two electric motors (34PS with 80Nm and 54PS with 70Nm) and a 19.27kWh battery. The vehicle is touted to be able to cover 95 kilometers with purely electric power, and charging time for the battery takes three hours. 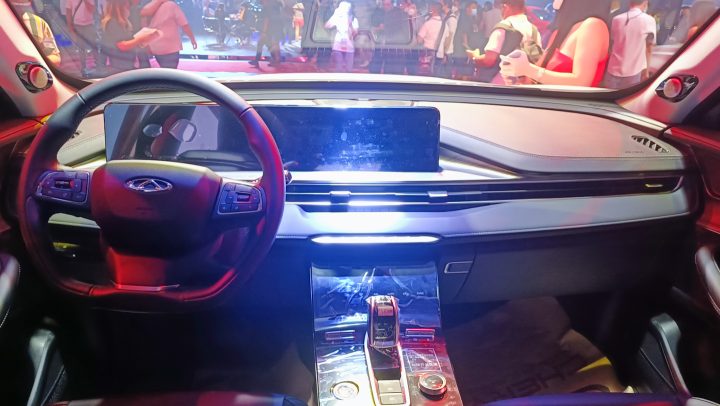 Both the Tiggo 8 Pro models get a lot of safety features as standard. These include cruise control, hill-start assist and hill-descent control, emergency brake assist, and traction control. The non-PHEV version though gets added tech like lane-keep assist and lane-departure warning, adaptive cruise control, blind-spot detection, intelligent high beam, and front-collision warning with automatic emergency braking.