With the nearing appointment of a new President of the Republic, a new Cabinet is inevitable. Many have already been named, and one of the latest is the appointment of Jaime Bautista as the new DOTr Chief of the BBM administration. It was confirmed by incoming Executive Secretary Atty. Vic Rodriguez that Bautista will take the reins from Arthur Tugade come June 30, 2022. 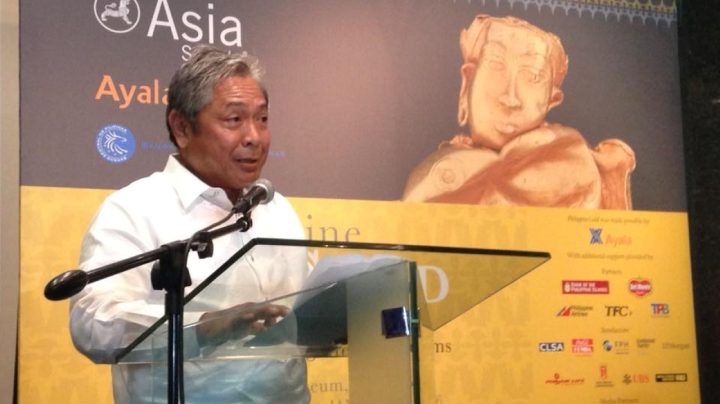 Bautista was a former President and CEO of our flag-carrier Philippine Airlines. He is a certified public accountant by trade and was part of PAL for 26 years. The incumbent DOTr Chief was at the helm of what was seen as PAL’s most successful era for 13 years before his retirement in 2019.

Outgoing DOTr Secretary Arthur Tugade welcomes Bautista’s appointment and has promised a smooth transition from his office to the next. In a statement, Tugade said that he “personally knows his successor, … his professionalism, experience, dedication, and hard work” and that he will “assist in however way asked and needed”. 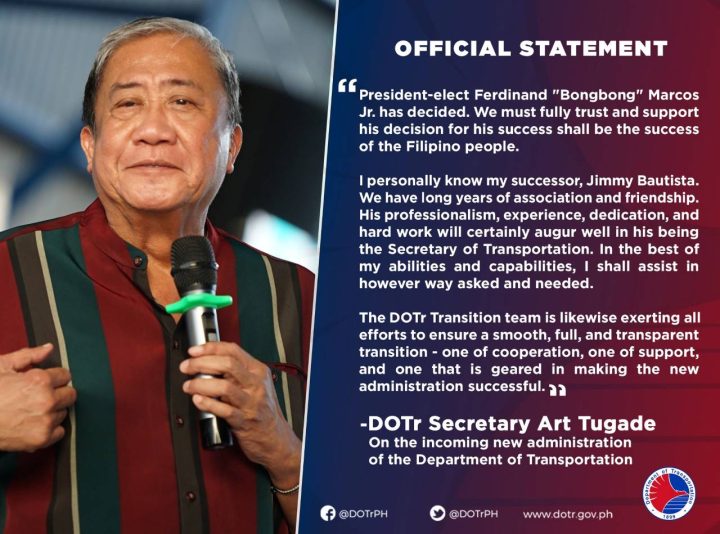 As it stands, Bautista will need as many helping hands as he can get. In this post-pandemic country, the public transportation crisis has affected the greater majority made up of commuters. Currently, a high number of mass transit projects are in full swing, and Bautista will need to bolster these and add more on top to bring some sort of resolution to the situation of the commuting public.

We wish the incoming DOTr Chief well and the best of luck on his new appointment. Just like outgoing Secretary Tugade said, “We must fully support and trust… for his success is the success of the Filipino”.