Hooray for more extensions! Alongside the extension for the registration period for vehicles with plates ending in 8, 9, and 0, the LTO has also announced a validity extension for driver’s licenses, student permits, conductor’s permits, and even medical certificates that are set to expire in the month of August. As with vehicle registration, a 1-month reprieve has been given to those who are due to renew the aforementioned documents this month. 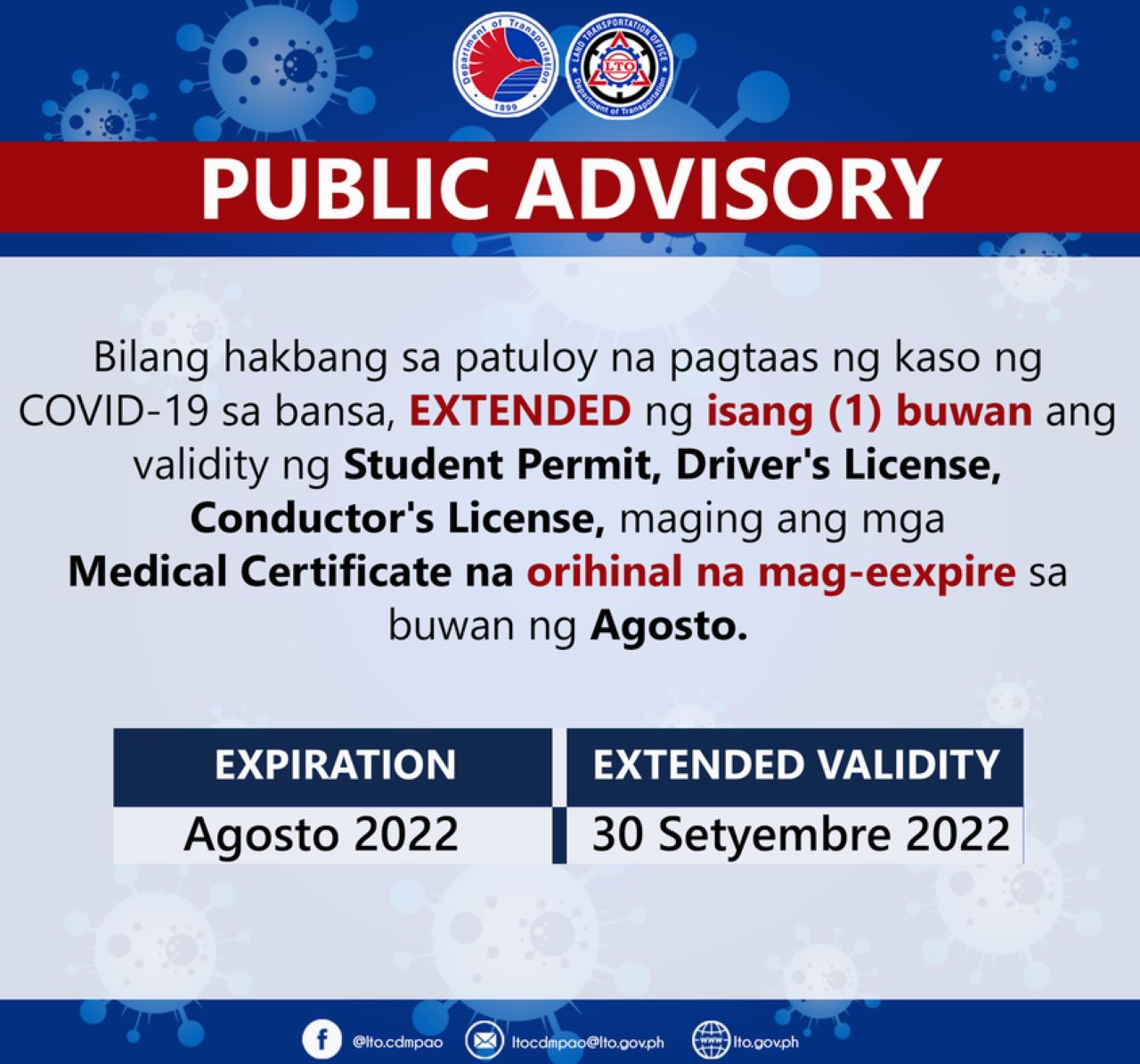 Renewal extensions, whether for vehicle registration or licenses and permits have become the norm since the onset of the pandemic. The announcement has been posted on the government agency’s official Facebook page, which is the only source of information that the public should trust for such announcements.

As with last month, this (these) extension(s) has been issued due to the observed uptick in COVID-19 cases in the country. The offices of the LTO service a very high number of people daily, and with an extension such as this, it gives the public more time to hopefully spread out in this and the next month so as not to cram themselves in such confined spaces.

As always, we encourage everyone to have this done as soon and as early as they can, despite the granted extension. It’s pretty common knowledge that a lot of Filipinos tend to forgo doing such things at the last minute, and if you’re out of luck, you’ll find yourself surrounded by those who opted to dilly-dally. Plan ahead, and as soon as you can, do schedule your required renewals. The extension is not simply to delay the process; it’s to help curb a high density of people in enclosed areas.

Besides, it’s a pretty easy and quick process now. If you’re in luck, you can even get your license renewed in less than an hour as we did. We’re not saying that this is the standard, but the LTO has been adamant about hastening the entire process, so most likely your trip should be hassle-free, too.

And while you’re at it, you can check how much your document renewal would cost in our quick and easy guide to the LTO fees. And if you’re planning to change from a Non-Professional to a Professional License, we have a guide for you on that one as well, our dear readers.

Enjoy, and do get it done as soon as you can.

Mitsubishi Xpander arrives in the Philippines, deliveries to follow