The LTO‘s been in a pretty “generous” mood as of late. Okay, maybe not because extending the validity of any document or registration with their agency has been the norm in previous years. Earlier we reported that the registration period for vehicles with plates ending in “6” has been extended. In more news, those who have a Driver’s License, Student Permit, Conductor’s License, and Medical Certificates set to expire this month have likewise been given an extension for renewal.

Extended validity rolled out by LTO 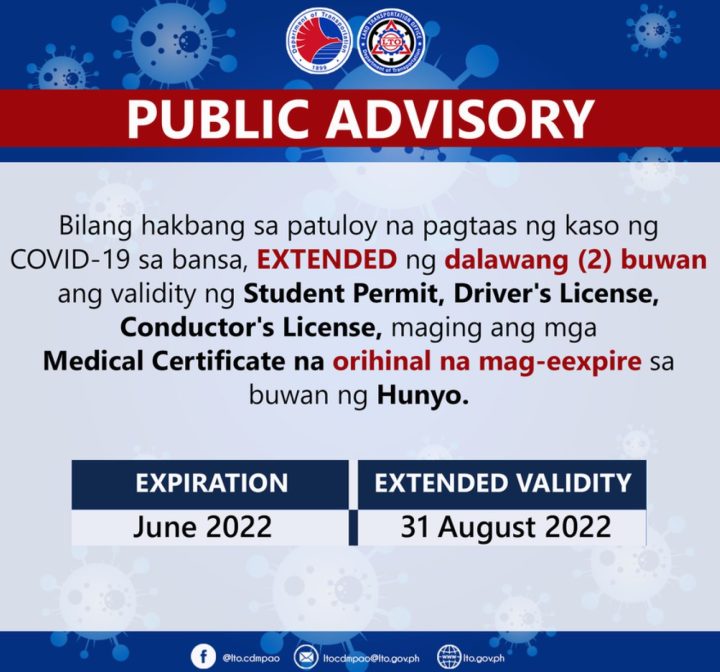 It’s been common practice since the onset of the pandemic to give extensions on the validity of documents issued by their agency. Alongside vehicle registrations that have been given a 1-month extension, those with licenses and permits that are set to expire this month of June, these have also been given a 2-month reprieve.

The government agency said that this is in response to the (again) rising cases of COVID-19 in the country. In a bid to help prevent another outbreak, with their department having the greatest influx of people daily, the extension was announced yesterday on their official Facebook page.

Normally, the expiry dates of such documents are observed to the letter, but allowing citizens more time to address their renewals was seen – and has been – an effective way to help the general population from contracting the still-active coronavirus. As long as everyone cooperates and remains to observe at least the bare minimum public health standards, this should work as intended.

If you have the time, though, nothing should hold you back from renewing what’s needed. If you can, go ahead and get it done. That way, you’ll at least be able to avoid a possible rush of people who intend to take full advantage of the renewal extension.

And that’s not exactly a good idea.