One of the most hotly debated and discussed motoring issues in the country is the recently implemented “No Contact Apprehension” (NCAP) policy of certain local government units.

In fact, it has been widely circulating on social media that the No Contact Apprehension policy has been inaccurate for some motorists. These motorists are claiming the inaccuracy in which they are being fined for violations that they either didn’t commit or could not avoid in some cases due to road conditions, and other factors out of their hands.

There were also instances in the case of public transportation, that operators were the ones being asked to pay for fines committed by their drivers and not themselves.

So much buzz has been generated that it now seems the LTO and DOTr were forced to weigh in on the issue. Land Transportation Office (LTO) chief and Department of Transportation (DOTr) Assistant Secretary Teofilo Guadiz III appealed to local government units (LGUs) that are already implementing the no contact apprehension policy (NCAP) to suspend and consider reviewing the traffic policy.

He encouraged the LGUs to sit down with the LTO to iron out better guidelines, including the complaints of operators of public utility vehicles that they are the ones who are forced to pay the fines for traffic violations committed by their drivers.

Guadiz also emphasized that the LTO is only trying to help the LGUs and the MMDA in better implementing the policy. Another issue that Guadiz wants to study is if the vehicle is already sold to another individual, while the transfer of ownership is not yet registered with the LTO, and a violation of traffic rules was committed.

The LTO chief acknowledges that the reasoning behind the No Contact Apprehension policy is noble, but it still needs to be fine-tuned.

The LTO’s stance on NCAP is a welcome one for motorists that have been confused by the policy ever since its implementation, hopefully, the LGUs and other concerned parties heed the call and can come up with a better implementation process. 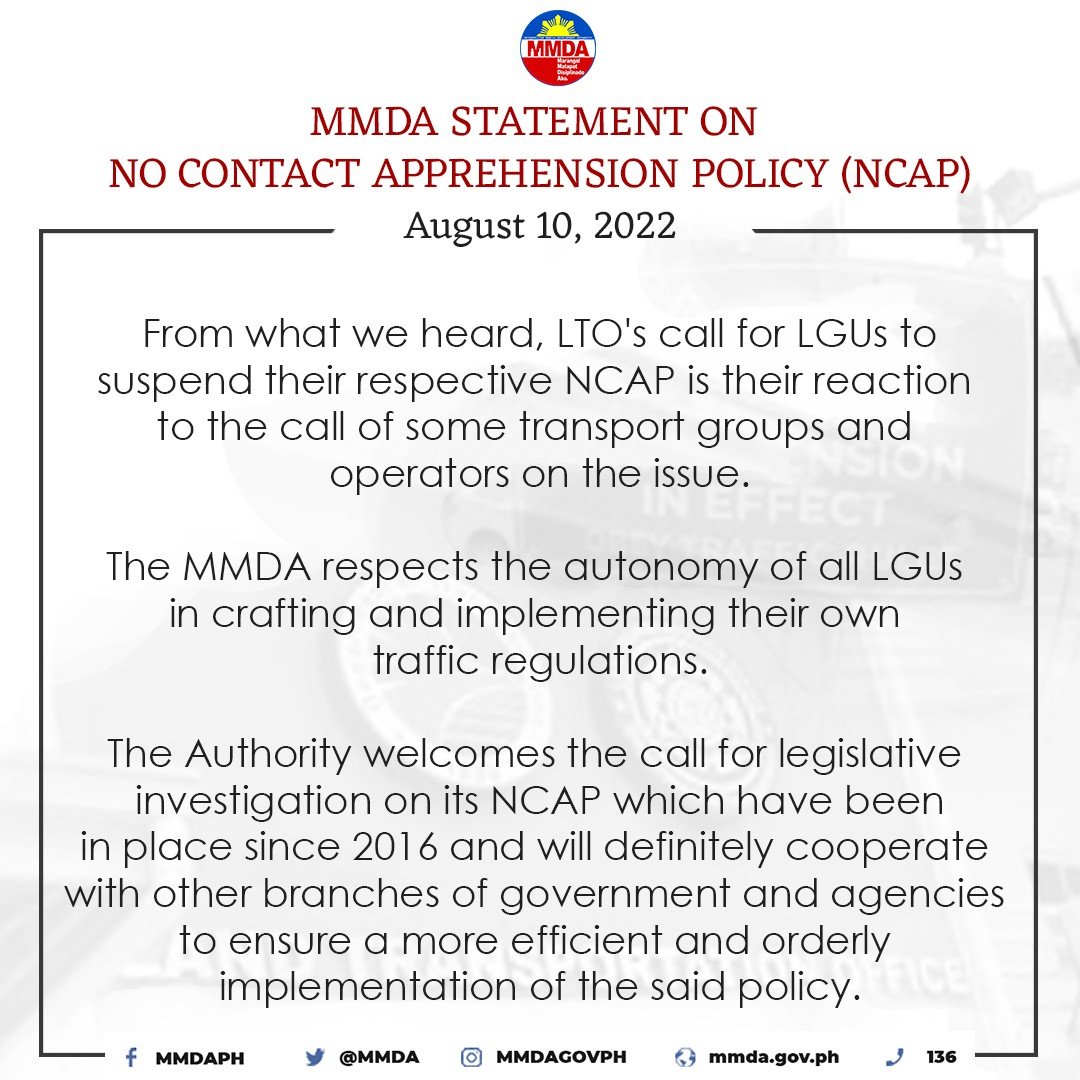 As of the moment, the MMDA is the only group that has released a statement fully supporting a partnership with the LTO. So far, no LGU has responded to the LTO’s statment about NCAP.