Home - News - Mitsubishi Ralliart returns in 2023; but it’s definitely not what you might think it is…
News

Mitsubishi Ralliart returns in 2023; but it’s definitely not what you might think it is…

A lot of talks have surrounded Mitsubishi’s performance tuning arm Ralliart. Since its operations closed down more than a decade ago, only a few select models were able to catch up and “earn” the revered badge and name on their trunks or tailgates. Last year, the Japanese manufacturer announced Ralliart’s return, but not in the same way that we’ve come to know it. Fast forward to today, and another market gets set for its reentry: the United States market.

Yes, you read that right. The well-known name was reintroduced sometime last year but it is no longer associated with power and high performance. Instead, it is now just a name emblazoned on body kit pieces or as entire stickers. Quite sad considering what Ralliart was, but this, err, “business model” is what the US market is slated to get as well.

Models offered Stateside include the Outlander, Outlander PHEV, Outlander Sport, Eclipse Cross, and the Mirage. All these aforementioned models will get some sort of Ralliart treatment or variant but again, it will all be all show and no go, just purely aesthetic. And again, that really makes us sad. If the US Mirage gets the treatment, does that mean our PH units can get it, too? There’s no official word but it might be possible. Heavy emphasis on the words “might be”. As we know, not too many performance mods are available out there for the Mirage, but we do see a lot of its fans kit their cars out to make them look more sporting and less docile. 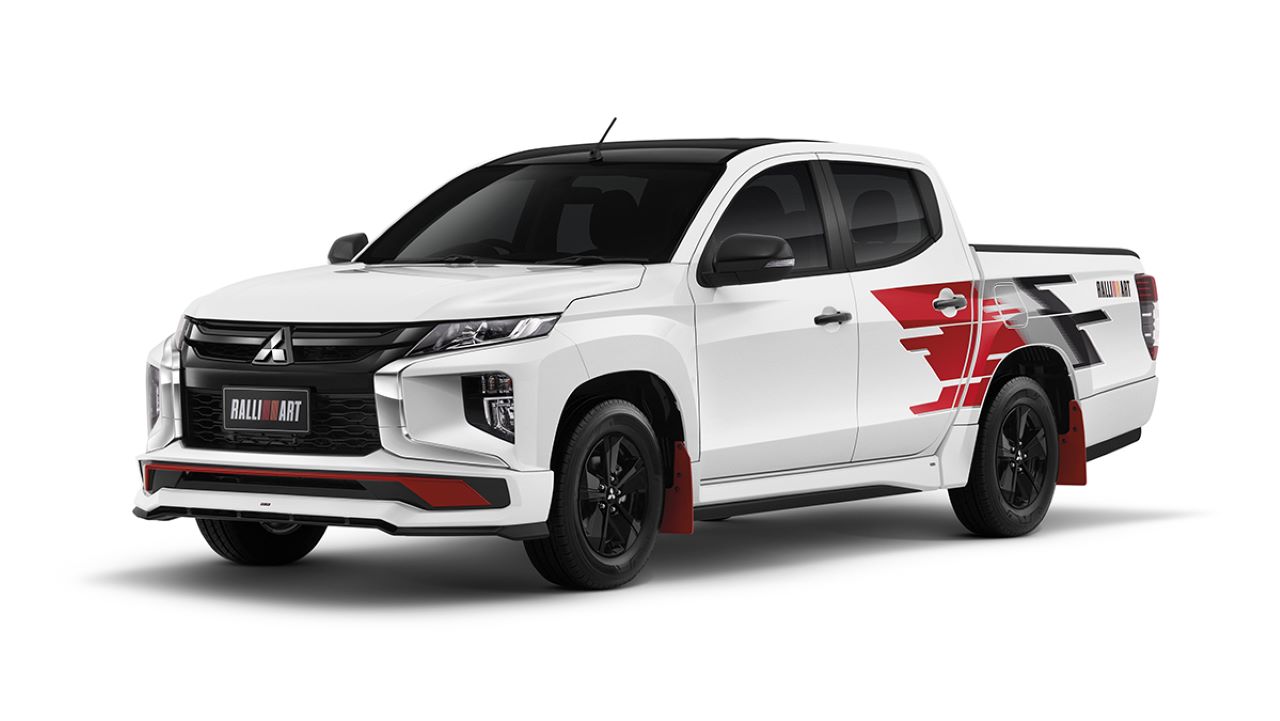 And then there’s the fact that there’s an actual Ralliart-bred Strada that takes to the dirt for the 2022 Asia Cross Country Rally (AXCR). It’s not what’s pictured above, but we’re just throwing this image in to, umm, reiterate what kind of Ralliart there is in the market. But going back, that AXCR Strada is something any Mitsubishi Ralliart fan would want to get his or her hands on. But alas, as things are going, that will be highly unlikely. Unless of course Mitsubishi Motor Philippines, by some stroke of genius (or way-up-there courage and bravery) would even attempt to ask the masses if the market exists, and if bringing it in will prove to be a good business decision.

We can only hope.

For now, this is the Ralliart that we have, and it’s not even something that we can easily get here in the Philippines. Don’t make it too hard for us now, Mitsubishi. Your PH fanbase still exists, oh yes it does!