The MMDA’s no-contact apprehension policy is definitely in full swing. As we speak, it seems one of the most common concerns of motorists is the sudden absence or presence of turned-off countdown timers at intersections. More and more netizens have shared their experiences of getting registered mail that states that they’ve been spotted by Big Brother for certain violations, ignoring traffic lights and blocking the Yellow Box included.

So what’s going on? Have traps been set? Is the sudden non-use and turning off of the timers part of a greater plan? Here’s what we know.

In a recently published report, the MMDA is looking at getting rid of the countdown timers and replacing them with what they describe as an adaptive stoplight system. So we return to the question of why some (or a lot) of them have been turned off, turning them into veritable no-contact apprehension (NCA) traps for unwary drivers. The agency had a ready answer.

Apparently, they are already in the process of upgrading existing traffic lights to the adaptive stoplight system. In a bid to update to higher and better tech, the new stoplights will change colors depending on the volume of traffic at an intersection.

“With the detector, the presence of vehicles will be sensed. If there are no vehicles that pass through from three to five seconds, the time will be cut. The light will then change,” said Francisco Pesino Jr., chief engineer of the MMDA Traffic Engineering Center’s Traffic Signal Operations and Maintenance Group.

Specifically, on the turned-off timers, Pesino added “Not all intersections are connected to the contact center, which is why some timers are still being used. But now that almost 50 to 60 percent of the signal lights are connected, some timers are already being removed because it will conflict with the detector operation.” So that explains it, then.

The agency aims to take down all existing countdown timers in two to three years, but until such time, those that are still functional will remain in use. “Within the next two to three years, we are aiming to work this out… We are really planning to remove the timers altogether, but those still operational are still being used for now. We really want to remove them all, but we are just afraid that the Commission on Audit will flag us because it is part of the MMDA’s project. We will be flagged if they see that there are no timers installed,” Pesino later said. 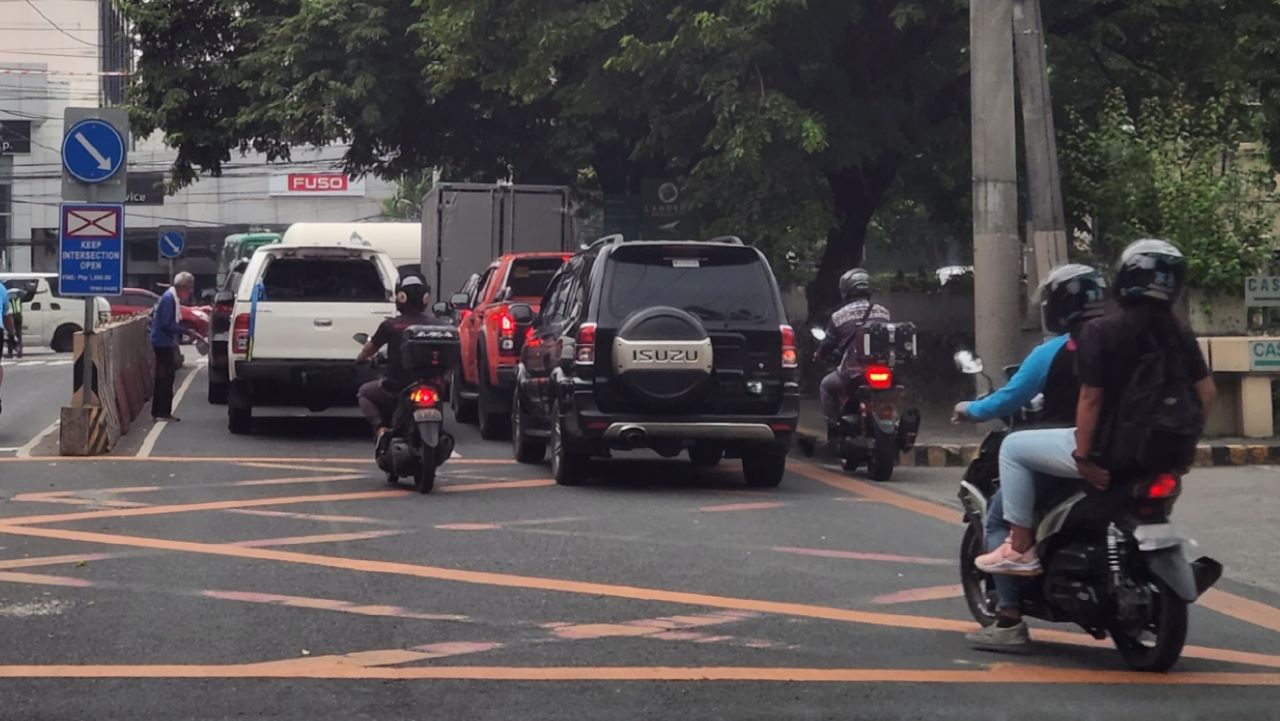 Do any of us still remember the time when there were no timers at intersections? We should because they’ve only been put into use in 2013. Sure, there were a lot more people who didn’t care about not blocking the Yellow Box back then, but in the past 9 years, shouldn’t motorists have become more responsible and compliant with such a basic driving principle and law?

We get it, we get the sentiments of so many of those who were caught by the NCA, believe us. But for those in the right – and more so for those who’ve yet to come to grips with proper driving etiquette – whether there are countdown timers or not, we have to respect the boundaries of every intersection. Ignorance of the law is not an excuse. If you were wronged, everyone who’s been “unjustly” caught are with you, us included. But if you decide to ignore rules on purpose, then that’s a shame. And a sham of being a driver’s license holder.

In any case, do you think that this high-tech upgrade will work? Will vox populi maintain that even with such an upgrade, NCA is a money-making scheme that preys on the unsuspecting-but-nonetheless-law-abiding motorist? Let us know what you think. We’re very curious as to what you, our readers, think about the current situation, and how the future upgrade might change it.

House Bill No. 31 makes strong push for proof of parking before owners can register vehicles