Another public holiday is upon us. The MMDA Number Coding Scheme will be suspended this coming Thursday, December 8, in observance of the Feast of the Immaculate Conception. As with all public holidays, those whose vehicles would normally be “coded” on that day can travel around Metro Manila freely without the worry of being apprehended for a Coding violation. 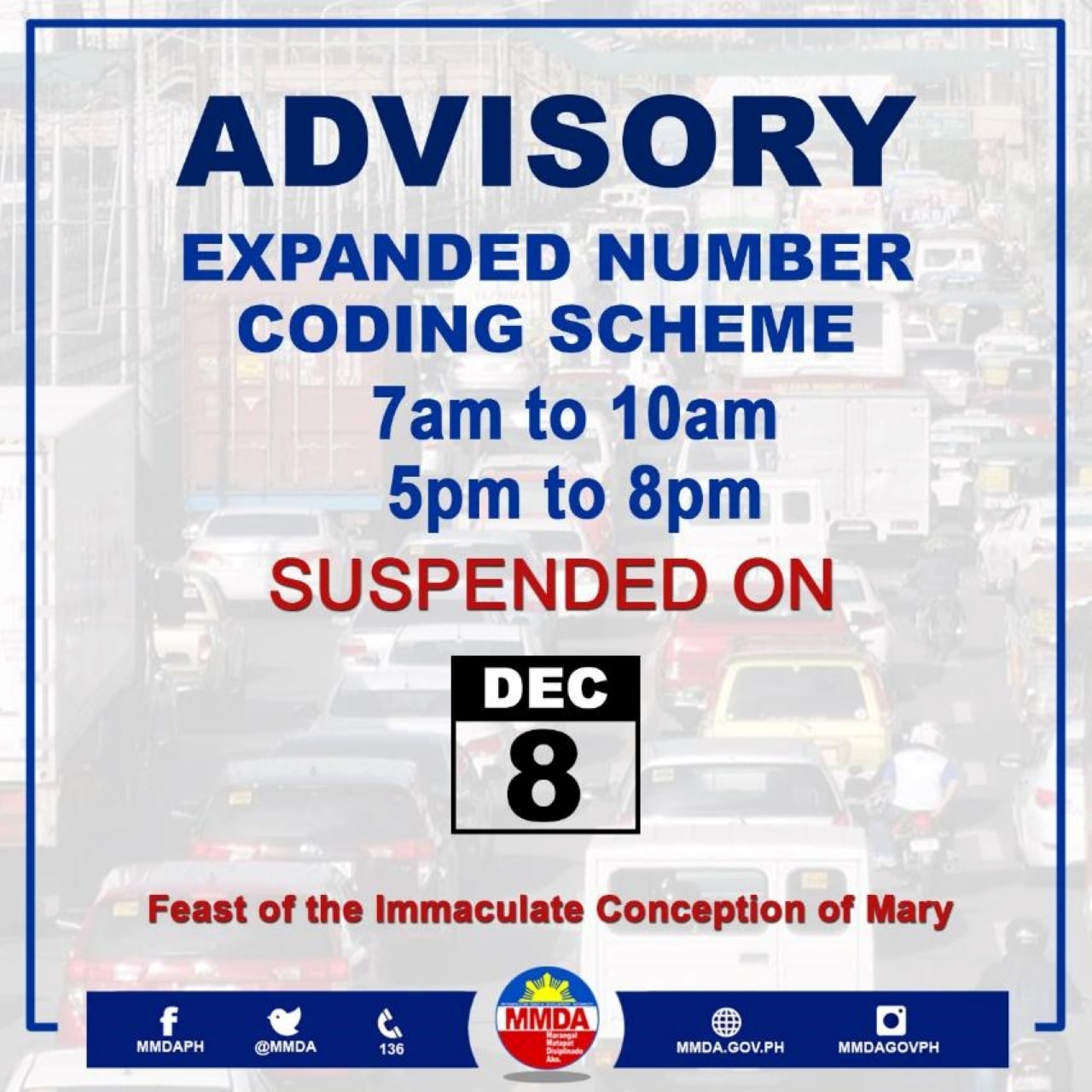 It wasn’t too long ago when Number Coding – more formally known as the Unified Vehicular Volume Reduction Program (UVVRP) – was implemented across Metro Manila. From 7:00 AM – 10:00 AM and 5:00 PM – 8:00 PM, certain vehicles are prohibited from being used within Metro Manila depending on the weekday.

The “coded” vehicles for the upcoming holiday, a Thursday, are those whose plates end in 7 and 8. On December 8, “coded” vehicles are those whose plates end in the numbers 7 and 8. Following the MMDA’s official announcement, those who own such vehicles can enjoy traveling over the holiday. The official announcement reads “Sa araw na ito, ang mga sasakyang may plakang nagtatapos sa 7 at 8 na sakop ng coding tuwing Huwebes ay maaaring bumiyahe sa mga pangunahing lansangan ng Metro Manila sa nasabing mga coding hours. [On this day, vehicles with plates ending in 7 and 8 and are covered by coding every Thursday can travel on primary roads of Metro Manila inside coding hours]” 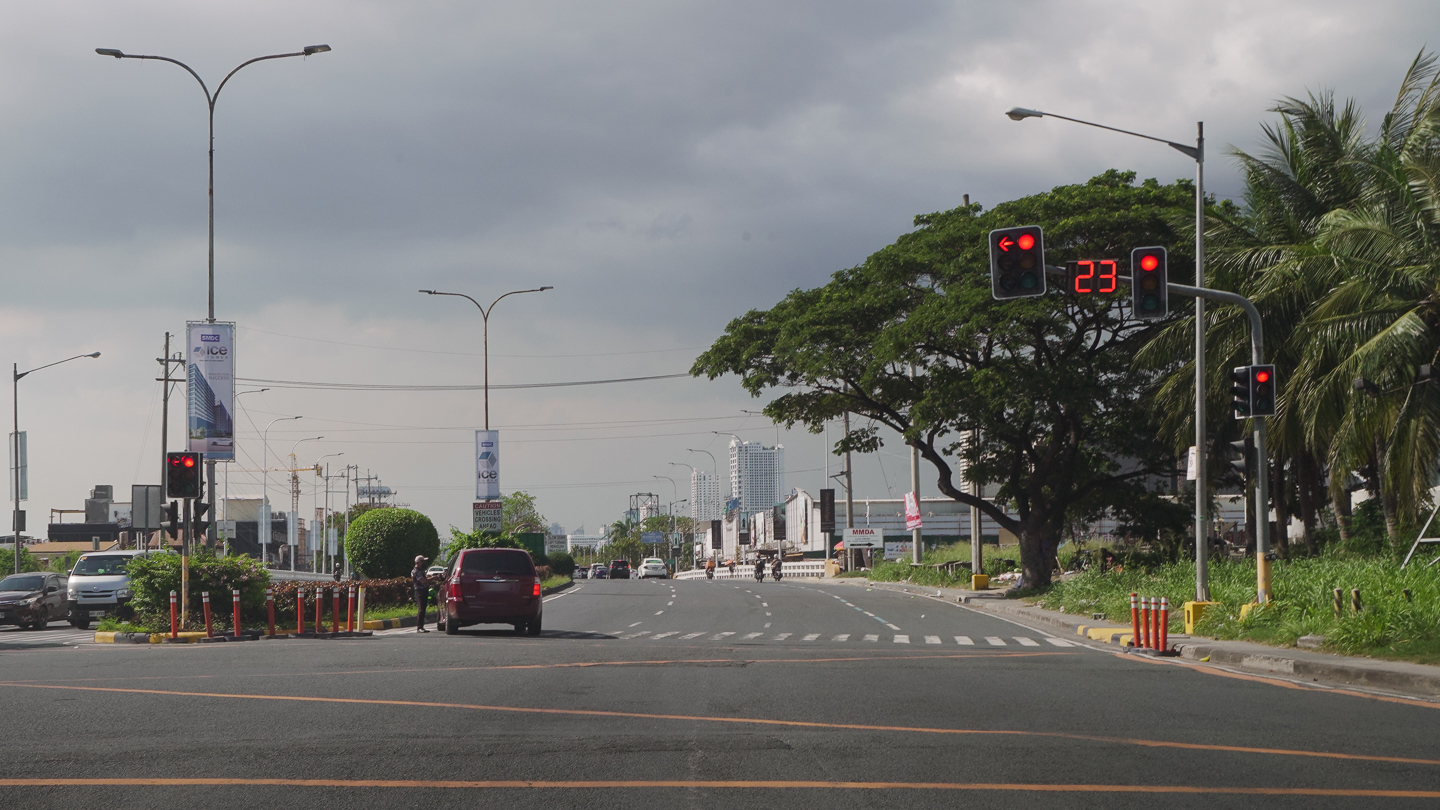 While most of the cities under the MMDA‘s jurisdiction regularly comply with such directives, we have yet – as always – to get any announcement from the City of Makati if they will lift Number Coding in its City. “The Republic of Makati” has its own set of motoring and traffic laws, and until such time that they announce their compliance for the Coding suspension on the 8th, it’s always best to assume that you cannot use your coded car in Makati.

We always say that holidays are a welcome reprieve for everyone to enjoy, but given the increasing rush of the Christmas season, perhaps it may also be a good idea to stay home for some R & R. But if you find yourself hankering for a quick trip to the mall or somewhere else, then, by all means, go out and make the most out of a Number Coding-free day!