November 30 is Bonifacio Day, a public holiday. That said, the MMDA Number Coding scheme has been suspended tomorrow. If your vehicle’s plate number ends in either 5 or 6, you’re in luck because you can travel freely around Metro Manila without the problem of being pulled over for Coding. 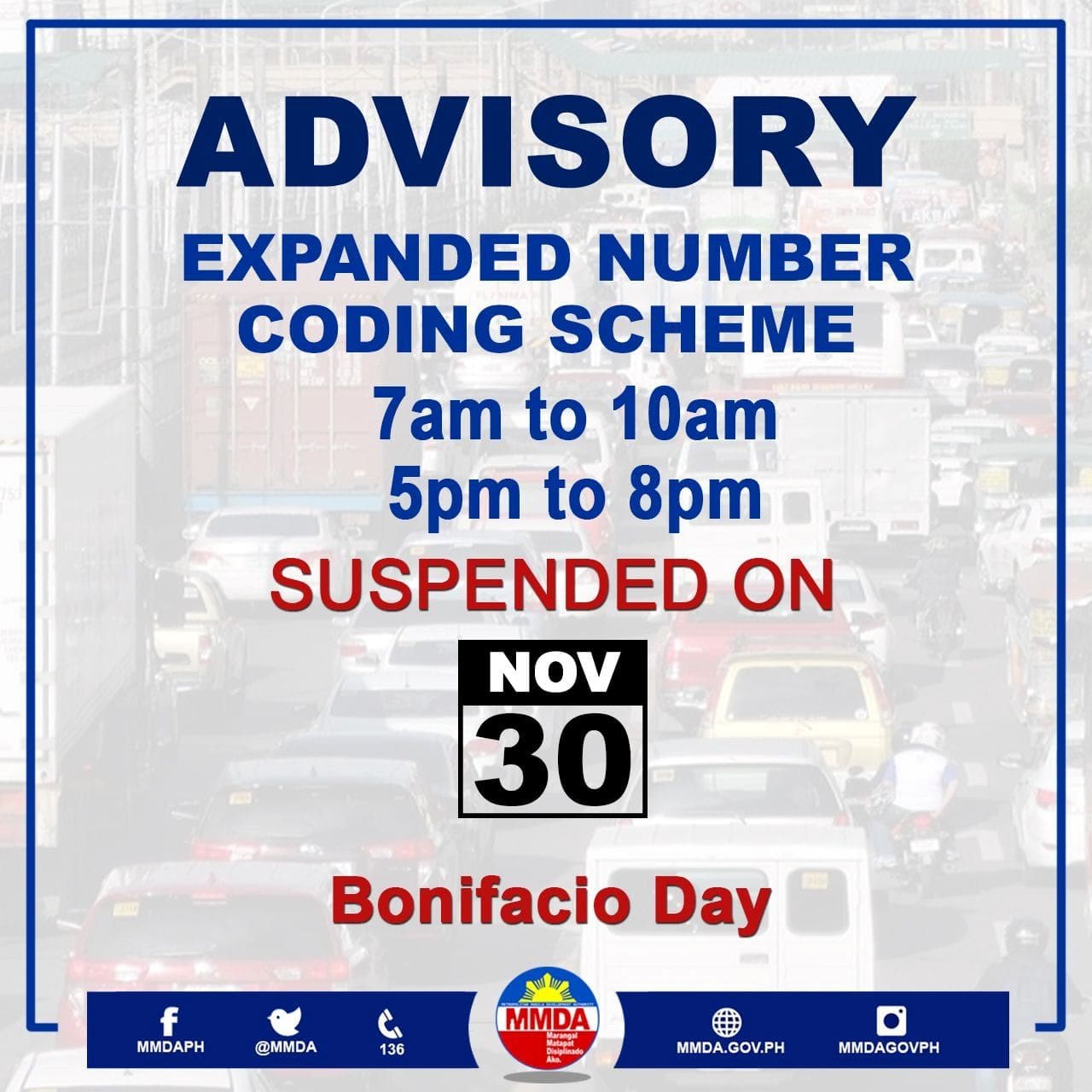 The Unified Vehicular Volume Reduction Program (UVVRP) or more commonly known as Number Coding has since returned. Its implementation hours are divided into two: from 7:00 AM – 10:00 AM and 5:00 PM – 8:00 PM. During these times, depending on the weekday, certain vehicles are prohibited from being used to travel freely within Metro Manila.

Tomorrow, November 30, the “coded” vehicles are those whose plates end in the numbers 5 and 6. But with the MMDA’s announcement, owners of such vehicles have a little bit of breathing room for the holiday. The announcement reads “Sa araw na ito, ang mga sasakyang may plakang nagtatapos sa 5 at 6 na sakop ng coding tuwing Miyerkules ay maaaring bumiyahe sa mga pangunahing lansangan ng Metro Manila sa nasabing mga coding hours. [On this day, vehicles with plates ending in 5 and 6 and are covered by coding every Wednesday can travel on primary roads of Metro Manila inside coding hours]” 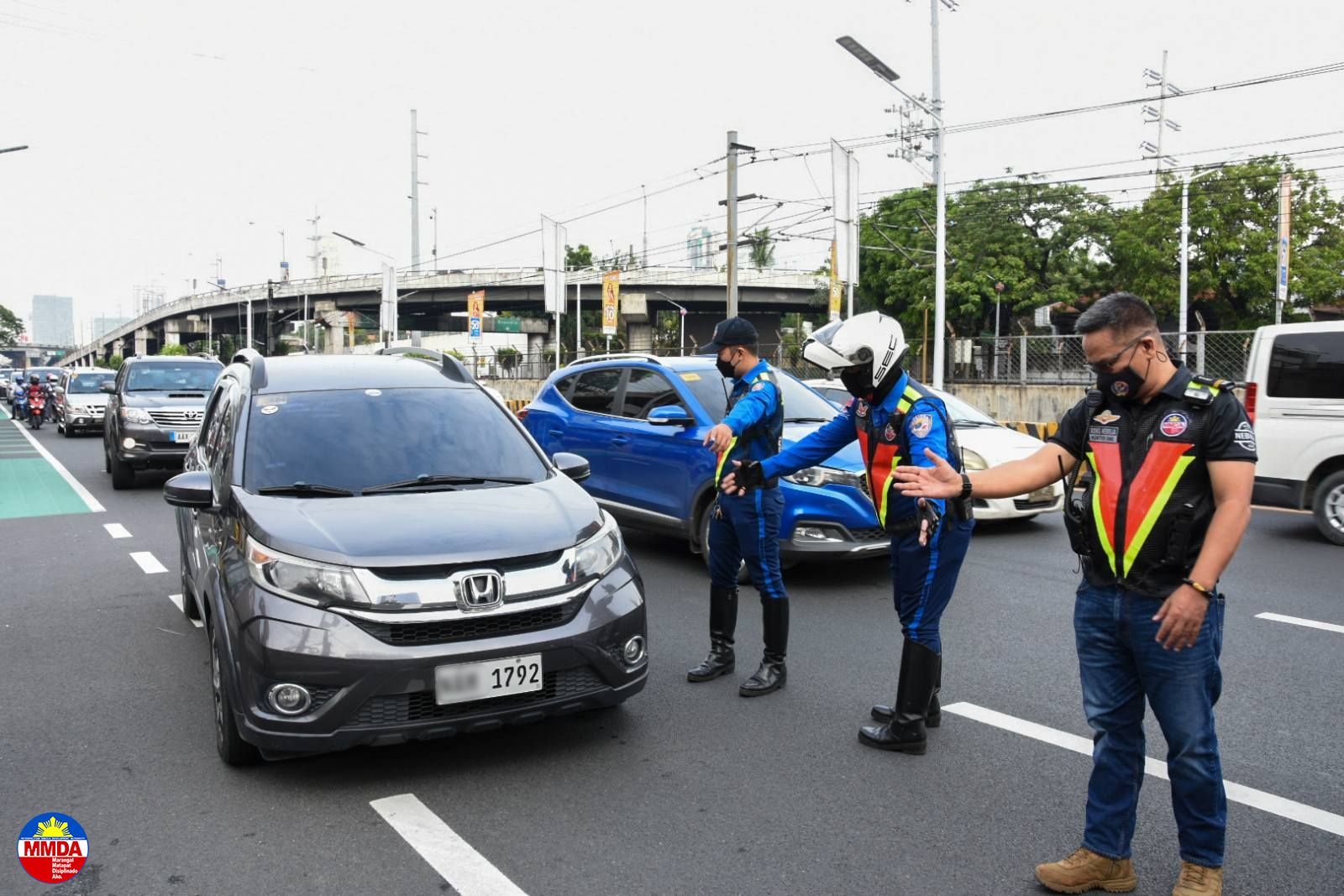 Yes, that’s some pretty good news, right? But then again a lot of concern is always raised regarding the City of Makati. Normally, they do not comply with the MMDA’s Number Coding suspension/announcements as they have their own rules and laws inside the city, earning them the monicker “The Republic of Makati”. As of this writing, Makati has not made an announcement if they will also lift Number Coding, so it would be best to not use a normally “coded” vehicle if that’s where you’re going.

Regardless, holidays are meant to be enjoyed. But then again given the holiday rush, that is something we’ll leave for the general populace to decide, and how they would define “enjoying the holiday”.

Plan your travels accordingly, drive safe, and remember that it’s only the MMDA Number Coding that’s been suspended. Keep following traffic rules and regulations, everyone. That is the best way to enjoy: not getting a violation ticket.

Great discounts on the Volkswagen Lamando until December 31, 2022

Gran Turismo is getting a movie adaptation, to premiere sometime in 2023