Home - News - Enough is enough. Frustrated pedestrian stands up to tricycle driving on the sidewalk
News

The MMDA has been adamant in reminding motor vehicle owners that sidewalks are made for pedestrians. The tricycle driver you see here might have missed the memo or is just feigning ignorance, much to the ire of a certain pedestrian. In a post from Col. Bong Nebrija that he shared from Gadget Addict, we’ll see a pretty… “intense” standoff between man and machine and its law-unabiding driver.

Tricycle drives along sidewalk, gets forced back onto road by fed-up pedestrian 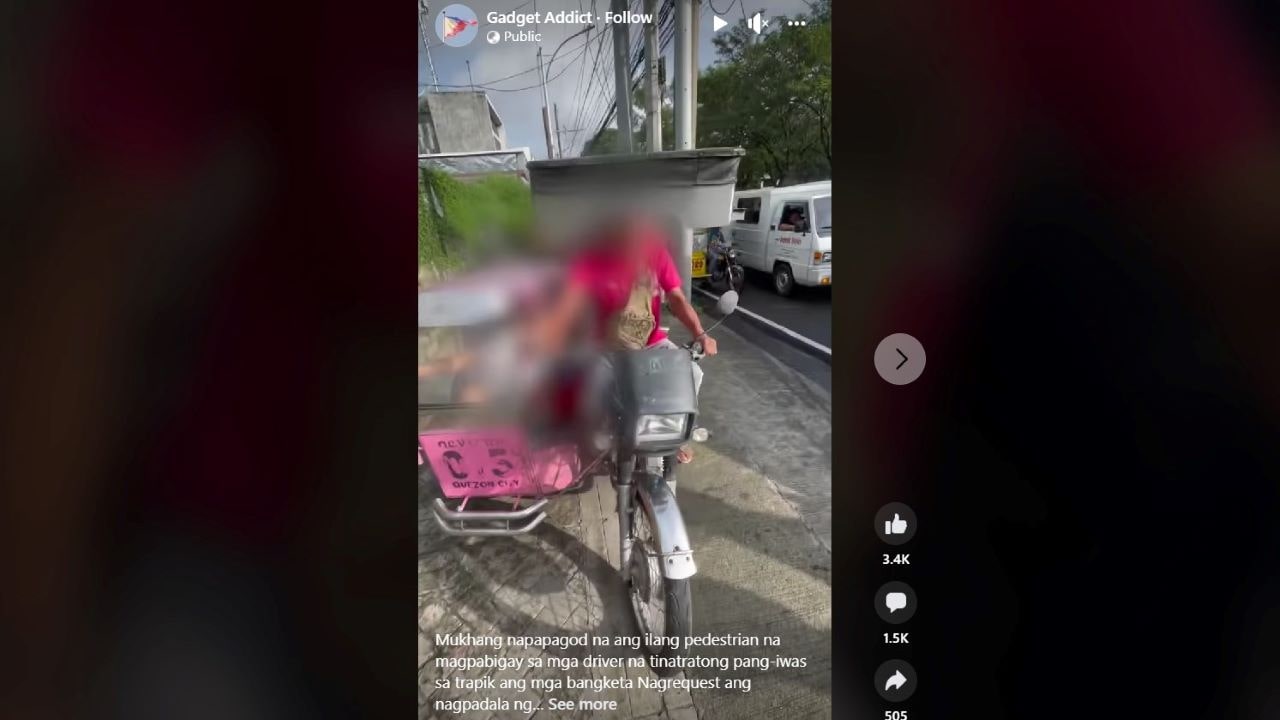 First of all, thank you Gadget Addict for serving as a channel for documenting such occurrences!

So, let’s cut to the chase. As we and law enforcement and the MMDA say, sidewalks are for pedestrians to use. It’s not uncommon to see motorcycles and even tricycles plying the pavement to avoid getting stuck in traffic, but in this particular instance, the driver had to relent to a pedestrian.

In what appears to be a stand-off, the pedestrian did not back down and away from the tricycle until the latter got back on the road where it properly belongs. At first, the tricycle seemed to intimidate the pedestrian by nudging forward, but the pedestrian stood his ground, despite some words from both the driver and his passenger. Eventually, it got back on the road about its merry way but not after challenging the pedestrian to take a photo or video, and the passenger sarcastically throwing a few choice remarks at the pedestrian. Neither got their desired effect and the pedestrian just kept taking a video.

Later on, more motorcycles can be seen riding along the sidewalk in the anonymously sent video. It seems that it’s one problem that will be very persistent and hard to address. 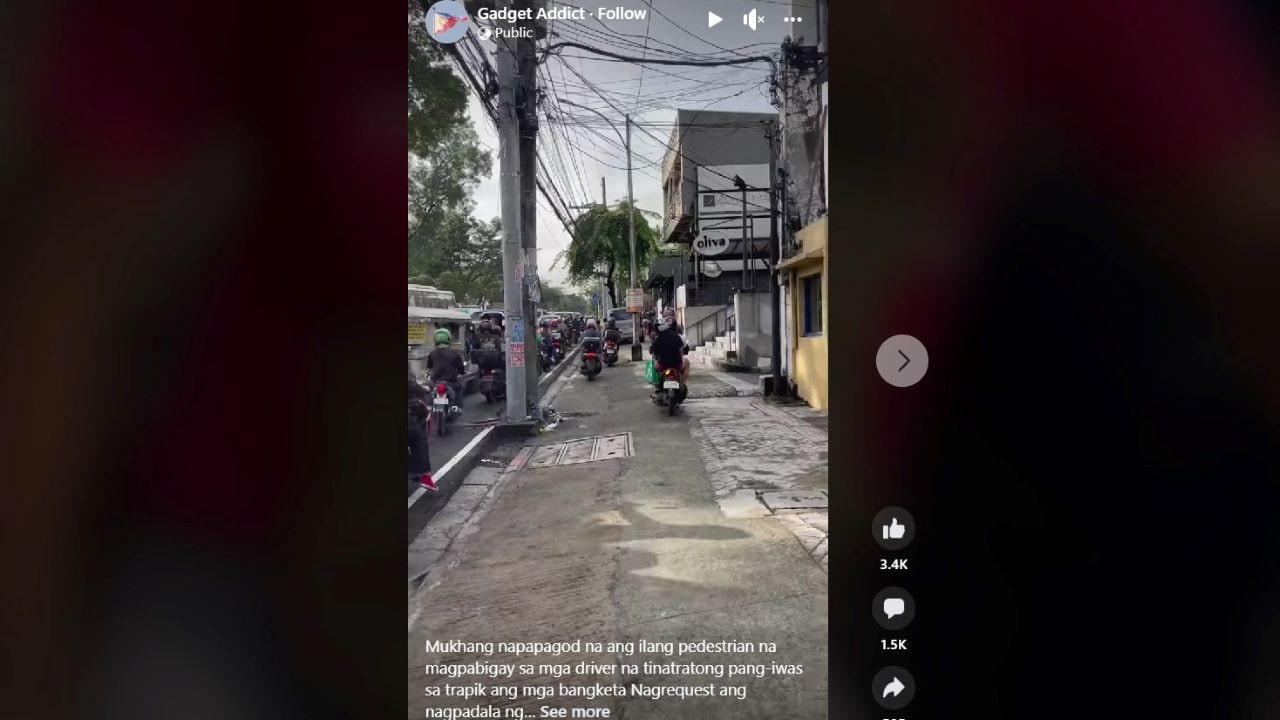 Now we would never advise anyone to “take the law into their own hands” or standoff against a much larger and heavier vehicle despite being in the right (of way). It’s dangerous, plain and simple. But it’s a display of this type of “courage” that should make us all think: what is the problem, who is the problem, and why is it so easy to be high and mighty despite being wrong?

It is right to assert one’s rights against “kamotes” but seeing the arrogance of erring individuals in this video, we’ll need more than just the internet, guts, and the MMDA to right this rampant wrong.

What would you have done if you were in this situation?