The government’s Libreng Sakay program hit a bit of a speed bump last month. To continue its operation, the DOTr needed funding to the tune of PHP 1.4B. Fortunately, and while that is being sorted out, a means to augment the number of buses has been made available for commuters. To provide access to (more) free transportation, Vice President and Department of Education (DepEd) Secretary Sara Duterte formally launched her office’s Peak Hours Augmentation Bus Service (PHABS)- Libreng Sakay Program yesterday. 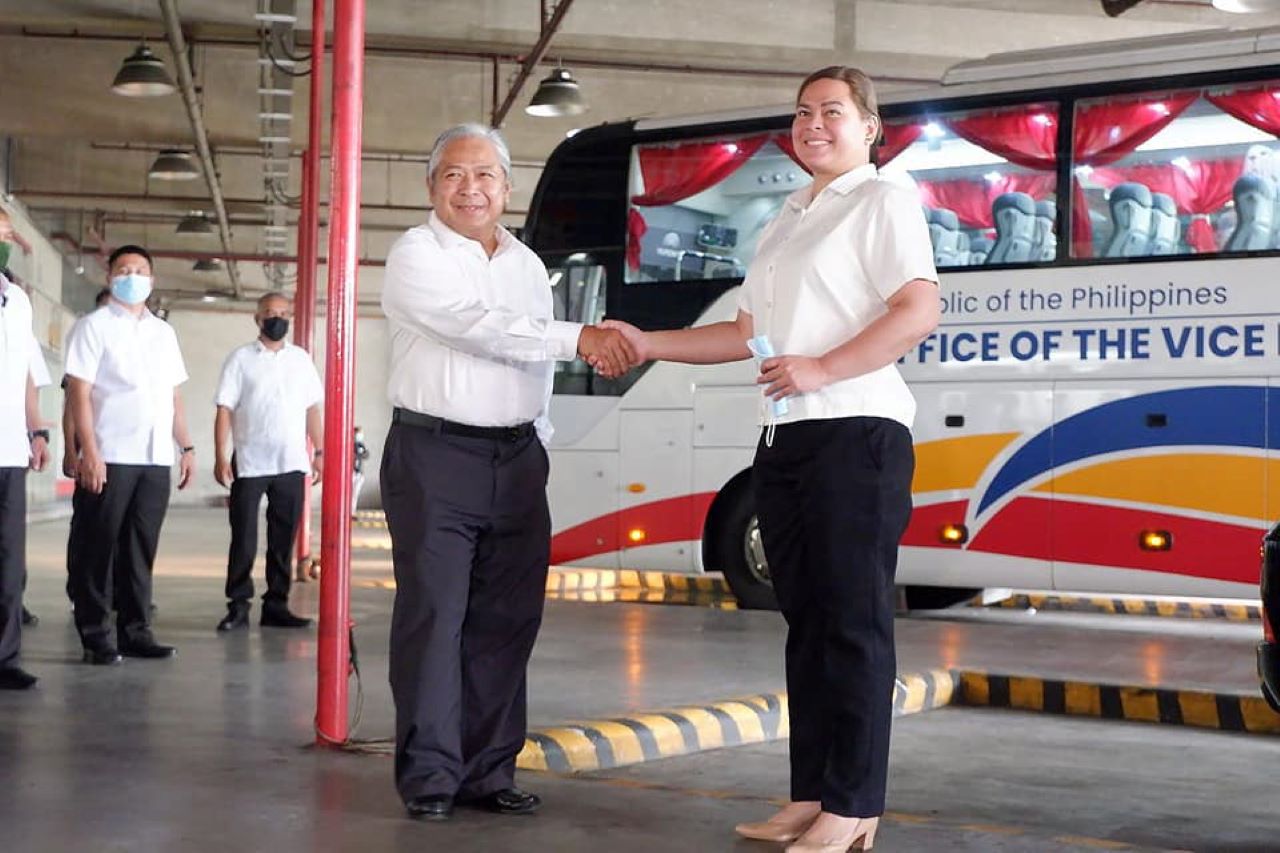 The formal and official launch of PHABS was done yesterday at PITX. Alongside Departement of Transportation Secretary (DOTr) Jaime Bautista, the Vice President herself was there for the program.

“Today we officially launched the Office of the Vice President’s Peak Hours Augmentation Bus Service (PHABS)- Libreng Sakay Program. We hope that through this program we will be able to provide relief to some of our fellow Filipinos who rely on public transport for their daily commute to work, school and to many other places.”

“We launched this program today simultaneously with other key areas in Mindanao and Visayas: two buses will be deployed in Metro Manila, one in Davao City, one in Cebu and one in Bacolod. Let me emphasize that this program is a demonstration of effective government and private sector collaboration”, Vice President Duterte said. She also expressed her gratitude to Secretary Bautista for welcoming the OVP for this project.

Secretary Bautista expressed his gratitude to the VP and for the program as well. “Kaisa po ang Kagawaran ng Transportasyon sa hangarin ng ating Pangalawang Pangulo na tulungang ibsan ang pasanin ng ating mga kababayan lalo na sa panahon ngayon,” Bautista said. “This is the kind of collaboration between government agencies that I advocated to facilitate delivery of service to the public. More importantly, this is one of the crucial ways on how we can attain our goal of providing ACCESSIBLE, AFFORDABLE, COMFORTABLE, AND SAFE TRANSPORT SERVICE for all Filipinos,” he later added.

To help address commuter woes, especially during rush hours, and provide accessible, affordable, comfortable, and safe transport for everyone, the PHABS Libreng Sakay’s two buses will ply a PITX to Monumento route from 4:00 AM – 10:00 AM and 4:00 PM – 10:00 PM daily.