The current-generation Subaru Forester has been around for some time now. If you kept your hopes up that Motor Image Pilipinas will bring an all-new model in, well, unfortunately, that’s not so. But it isn’t all bad news. At MIAS 2022, a facelifted Forester has been revealed and along with a (mildly) new look, its safety suite has likewise been updated.

When we say “mildly”, we really mean it. The only difference you’ll find with this new Forester is a wider grill, slightly bigger headlight assemblies, as well as a bumper that’s been minimally redesigned. The rear does come with new reflector pieces, though, along with a contrasting silver skirt. New wheels were also fit into the Forester, still coming in at 18 inches. 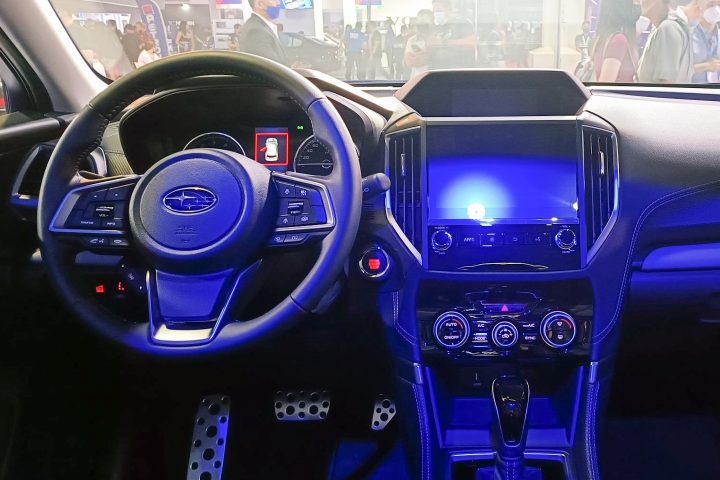 On the inside, there are a few more updates. For the eagle-eyed fans, there’s a new pattern on the upholstery. The infotainment also comes with more mobile device connectivity by way of Android Auto and Apple CarPlay. Other than these, don’t expect much more new appointments in the cabin. 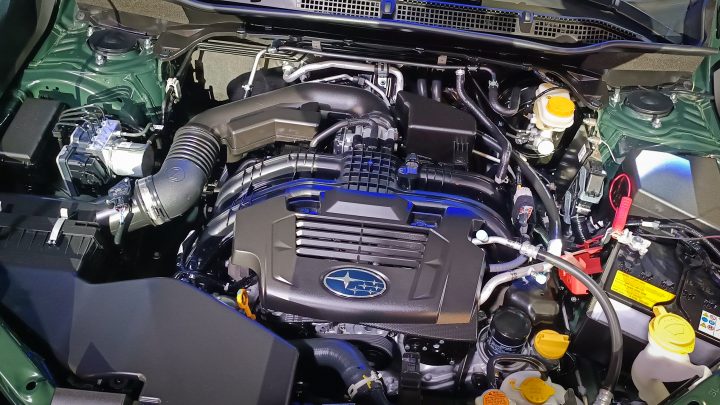 Yet another carry-over from the previous iteration is the engine. This Forester is powered by the same 2.0 naturally-aspirated mill that pumps out 156 HP and 196 Nm of torque. Anyone missing the boosted Foresters already? We do. The engine is mated to a Lineartronic CVT, and at least we still get symmetrical all-wheel drive. This is a Subaru after all. 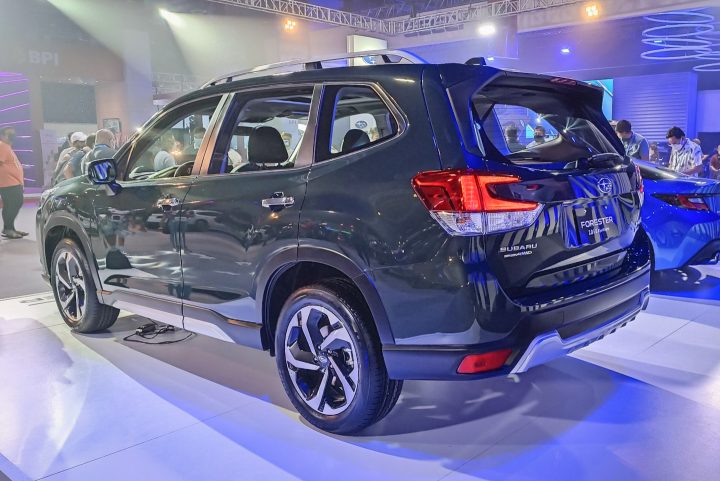 Despite a rather lackluster list of goodies (or a lack of new goodies thereof), the new Forester’s crowning glory is the update both to its drive modes and safety package. Now equipped with EyeSight 4.0, all features of the previous safety suite are still included, but with the addition of automatic lane centering and lane departure prevention. Pre-collision braking has likewise been improved with EyeSight 4.0. And to make the Forester more versatile on any terrain, the X-Mode system has also been improved making easier work of uneven and undulating roads.

The new Subaru Forester is offered in only one variant: 2.0i EyeSight. What’s surprising is its price. It retails at PHP 2.068M, which makes its price exactly the same as the outgoing model’s, and that’s with the aforementioned updates already. If that doesn’t interest you, Subaru is also offering PHP 50,000 off the tag as its introductory price.

The Forester is available in a myriad of colors; ten to be exact. Along with the old colors Crystal Black Silica, Horizon Blue Pearl, Magnetite Gray Metallic, Ice Silver Metallic, Crystal White Pearl, and Crimson Red Pearl, three new choices have been added and they are Brilliant Bronze Metallic, Autumn Green Metallic, and Cascade Green Mica.

It may not be what most of us have been pining for, but given the fact that the Forester bears the Subaru badge, you know it is worth the visit to MIAS 2022, and your money, too, should you decide to get one for yourself.