This is the Ferrari 499P Le Mans Hypercar

Ferrari is a brand legendary for building exquisite sports cars using technology and learnings from racing. The brand is present in most of the top-tier racing series in the world, apart from one, Le Mans.

Yes, Ferrari does have teams competing in Le Mans, but those are in the GT classes, for the longest time the automaker had stayed away from the Prototype, LMP class. A few months ago though, it was reported that Ferrari wants to jump back into the upper echelon of Le Mans racing. 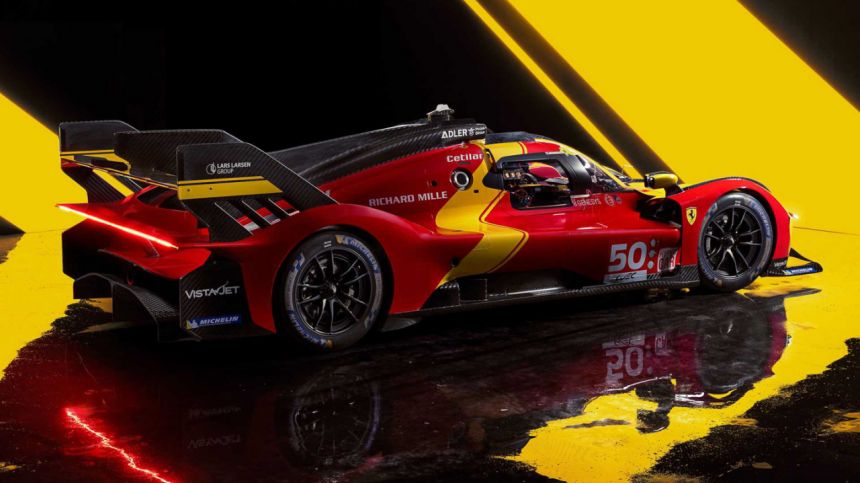 Enter the Ferrar 499P Hypercar, this bad boy is slated to compete in the Hypercar (formerly LMP) class of the famed 24-hour race.

Those steely-eyed fans will be able to tell that the nomenclature alludes to Ferrari’s past in Le Mans. 499 denotes the capacity in cubic centimeters of one cylinder of the car’s V6 power unit, while the “P” stands for prototype.

Ferrari chose to unveil the 499P in the Finali Mondiali livery, which pays homage to the last factory prototype sportscar the brand made, the 312b. Since the 499P is part of the LMH rules, the brand is free to come up with its own chassis, hybrid powertrain, and bodywork. The beating heart of the 499P is a 3.0-liter, twin-turbo V6 derived from the 296 GT3, with an electric motor placed in the front axle and is powered by a 900-volt battery pack charged by Ferrari’s F1-derived Energy Recovery System (ERS). The total power output is 670 horsepower, which is sent to the wheels via a 7-speed sequential transmission.

Ferrari will run two 499P’s in 2023 under the team AF Corse, no driver lineup has been announced as of yet but the team has chosen to run the numbers 50 and 51. Number 50 corresponds to the last time the brand last participated as a full factory team in sports car racing, while 51 is the tribute to the AF Corse GTE Pro car that won 4 driver titles since 2012.

By the looks of it, racing fans should be excited about the return of one of the most legendary names in the business, only time will tell if they’ll be successful, or ‘all show and no go’.