The Ford Ranger Raptor is a good truck, let’s make no mistake about that. Despite a lot of them prowling around, there are still those who would prefer a “fighter” from Asia. The Hilux Rogue seems to be Toyota’s answer to this sentiment, and it looks ready to rumble with the Raptor. Before you start thinking that this might be another gimmick, let us stop you right there. The Rogue is more than just a Hilux with a styling package. Yes, it has a lot of aesthetic changes, but more importantly, it comes with chassis updates as well to make it as, if not more capable than its main competitors.

Much of the looks up front do remain fairly the same, but the blacked-out pieces and the bumper overrider make it look just that little bit more aggressive. 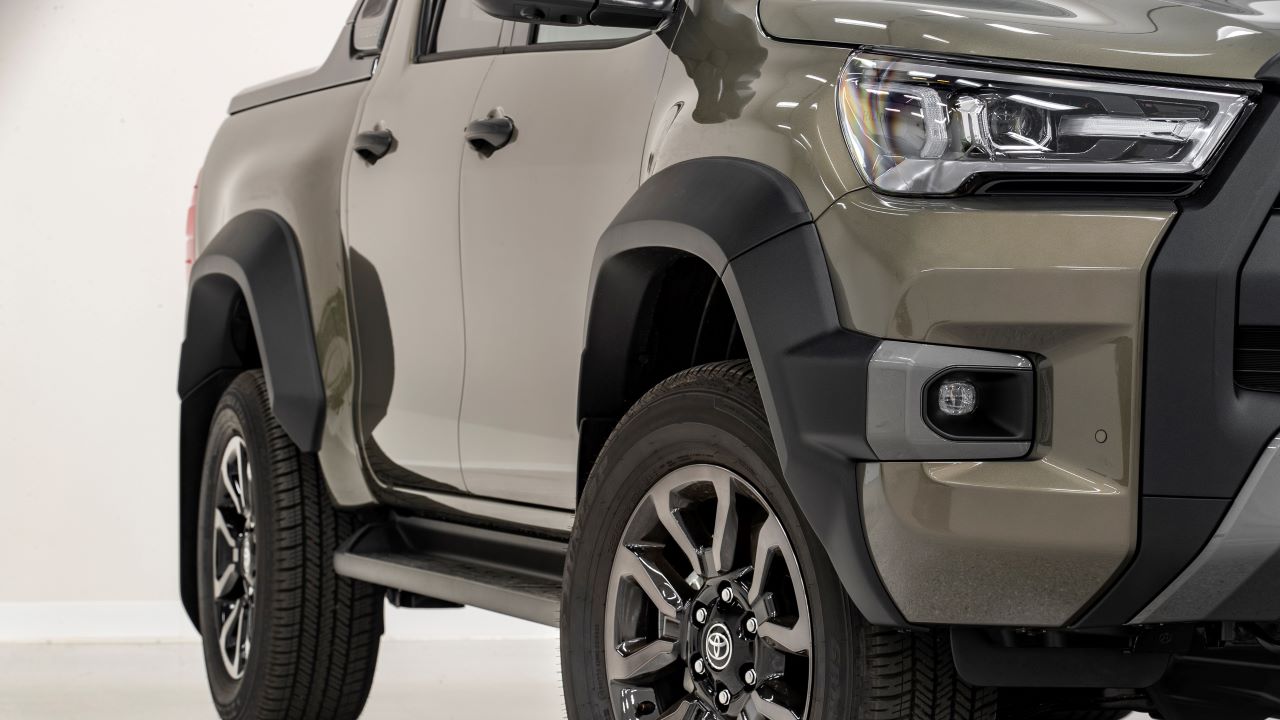 The Hilux Rogue also has upgraded suspension both in the front and rear. That also translated to about 20mm more height. Its track has likewise been widened which necessitated wider fender flares and mud flaps that come standard.

Given the change in geometry, Toyota’s engineers adjusted the front suspension (arms) as well as the stabilizers. Those along with a slight change to the shock assemblies’ mounting angles were enough to make for a stable ride. The suspension has been changed up in the rear as well. Again following changes in dimensions, the rear shocks have been angled outwards. What’s unique about the Hilux Rogue, though, is the addition of a rear sway or stabilizer bar. Toyota said that the addition of this resulted in about 20% better rigidity against body roll, and added to the Rogue’s overall stability. Other additional upgrades added to the Hilux Rogue are bigger front brake rotors. Those have been upped by about 25mm and the rear gets a set of ventilated discs, too. The Rogue comes standard with safety features like a blind-spot monitor, an around-view or panoramic monitor, and others in the Toyota safety suite. The welcome news here is that these safety features are also included in non-Rogue variants of this updated Hilux line.

No mention has been made about the engine that will power the Hilux Rogue, but we can lean on two possibilities. It’s either Toyota slaps in the same mill that we hope they’ve re-tuned for more power and pull, or the more unlikely scenario is a new engine that was built to hunt the competition ahem Raptor ahem into extinction. We’re guessing it’s the first one, but hey, we can always hope. 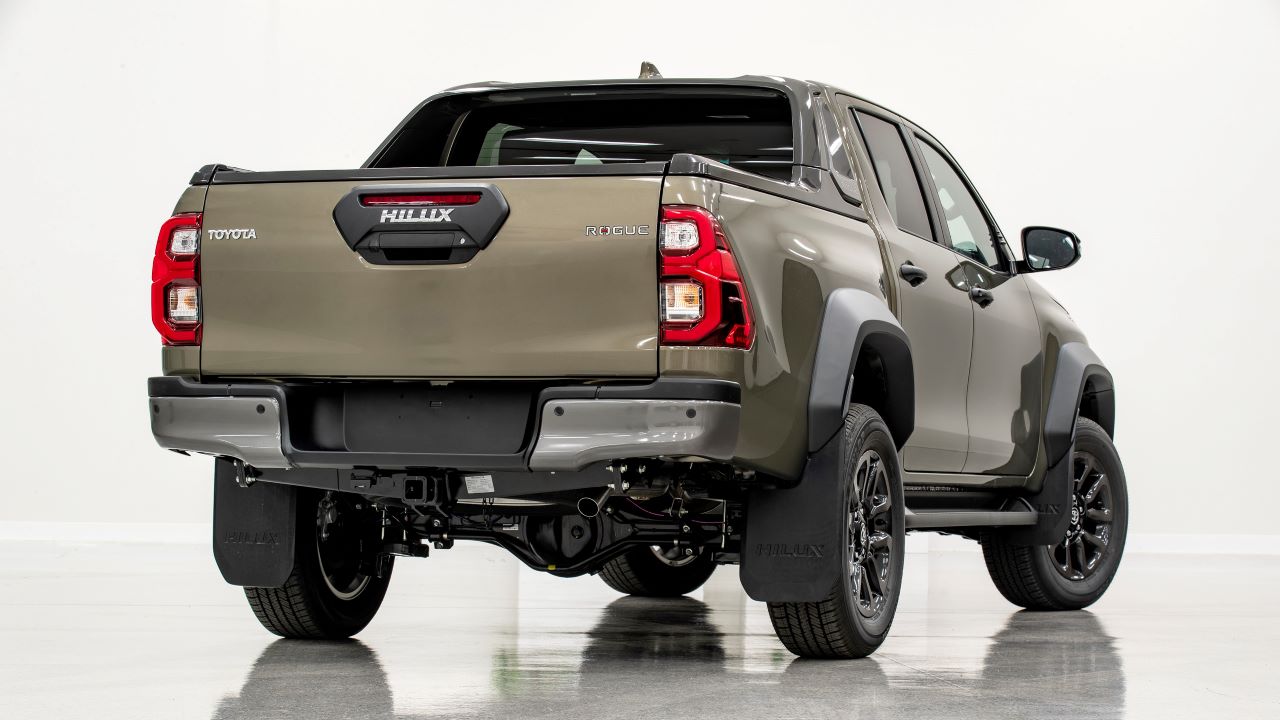 The Hilux Rogue is set to come out in the Australian market sometime in the 4th quarter of 2022. Toyota Motor Philippines has been quite receptive to customer feedback as well as the local competition. Their main “prey” has had a major share of the performance pickup segment since it was released and perhaps this is all they need to get their chunk back.

We already like the Toyota Hilux, but if the Hilux Rogue or a similar permutation or variant or special edition comes to our shores, we wouldn’t mind putting it through its paces on the beaten path and against its main rival(s).