Toyota has been feeling the pinch of production problems. Last March, some of their factories had to close down due to parts shortages. To date, the same problem exists and the production of the Land Cruiser LC300 and its cousin the Lexus LX has been affected. That said, anyone looking to order either of these full-size SUVs will be unable to do so after (taking) orders have been halted. As it stands, those who were able to order have a long wait time ahead. 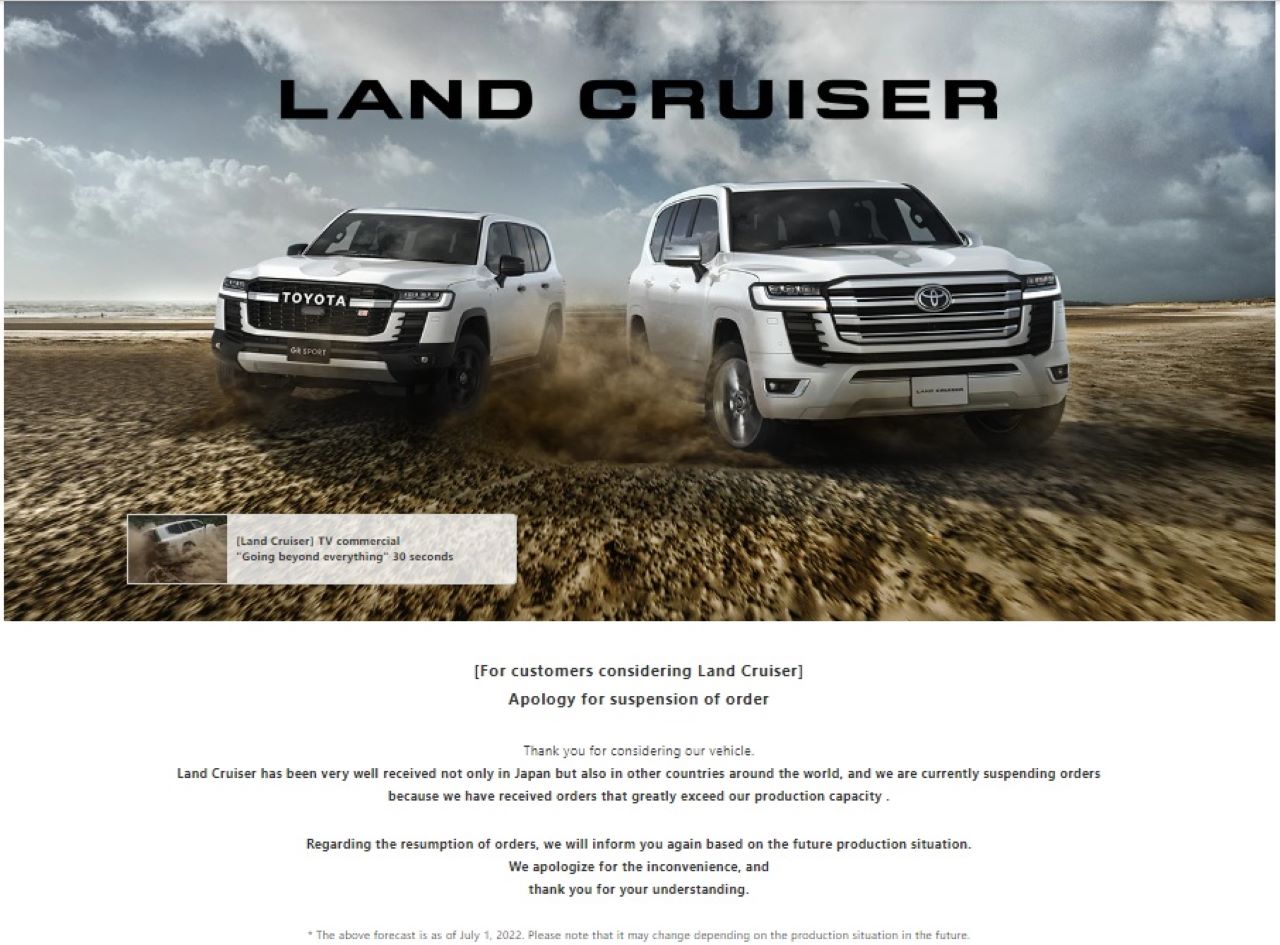 The parts shortage followed lockdowns caused by the pandemic. In a bid to keep everyone safe, manufacturing plants across the world shuttered and a shortage of their wares – microchips, mostly – was not something that was expected. Though the roll-out of vaccines has provided some breathing space for workers to come back, the problem remains: they do not have the needed parts to produce.

Because of this, order books for both the Land Cruiser and LX have been closed indefinitely. As well they should. The current-generation LC and LX are already backed up for an estimated four years. While Toyota is exerting its best efforts to get orders out to customers, the main problem here is that the brand new units may already be due for a refresh by the time they’re delivered to their owners.

Something worth noting is that while the order books have been closed in Japan, that doesn’t seem to be the case in the Philippines. We asked some dealerships and they didn’t mention anything about not accepting orders for the Land Cruiser, nor have they received word that they will cease doing so any time soon. Unfortunately, we didn’t get to do the same with Lexus. But it may be safe to assume that they might still be accepting reservations as of this posting.

But logic will dictate that if the home market has ordered a halt, then all other countries that sell the LC and LX will eventually have to follow, lest they add more to the already horrendous backlog of the luxury SUVs. Both brands have already stated that they “… have received orders that greatly exceed our production capacity”, so being unable to order them here is pretty much a foregone conclusion already. It’s just a matter of when they’ll stop taking orders.

The good news is that Toyota has been keeping everyone updated and that they are very much concerned and apologetic for this development. The bad news is that customers waiting for their Land Cruiser or Lexus LX won’t be able to do much except wait for their units to come. But really, what can anyone do, right?

Everyone’s been hit by this global problem and even the big brands have been caught in a bind. The Land Cruiser and LX are delayed, but patience is a virtue. We’ll probably have to keep up with that mindset for the next four years. Or until the owners get to take delivery.