Home - News - Will we get the same electric 4WD Nissan Kicks e-Power that Japan has?
News

It was about a week ago when we first got to drive the Nissan Kicks e-Power. Ever since it’s been touted to replace the well-aged Juke, a lot have been excited about it, including us. This is because ever since MIAS, all we got was a look at the first of Nissan’s e-Power hybrid vehicle from outside a glass enclosure. After driving it, we knew that it was an exciting little thing to drive. But what could make it more exciting?

The Japan release of the Kicks might have the answer, and it is in the form of 4WD and not one but 2 electric motors

Will we get the same top-spec Kicks in the PH? 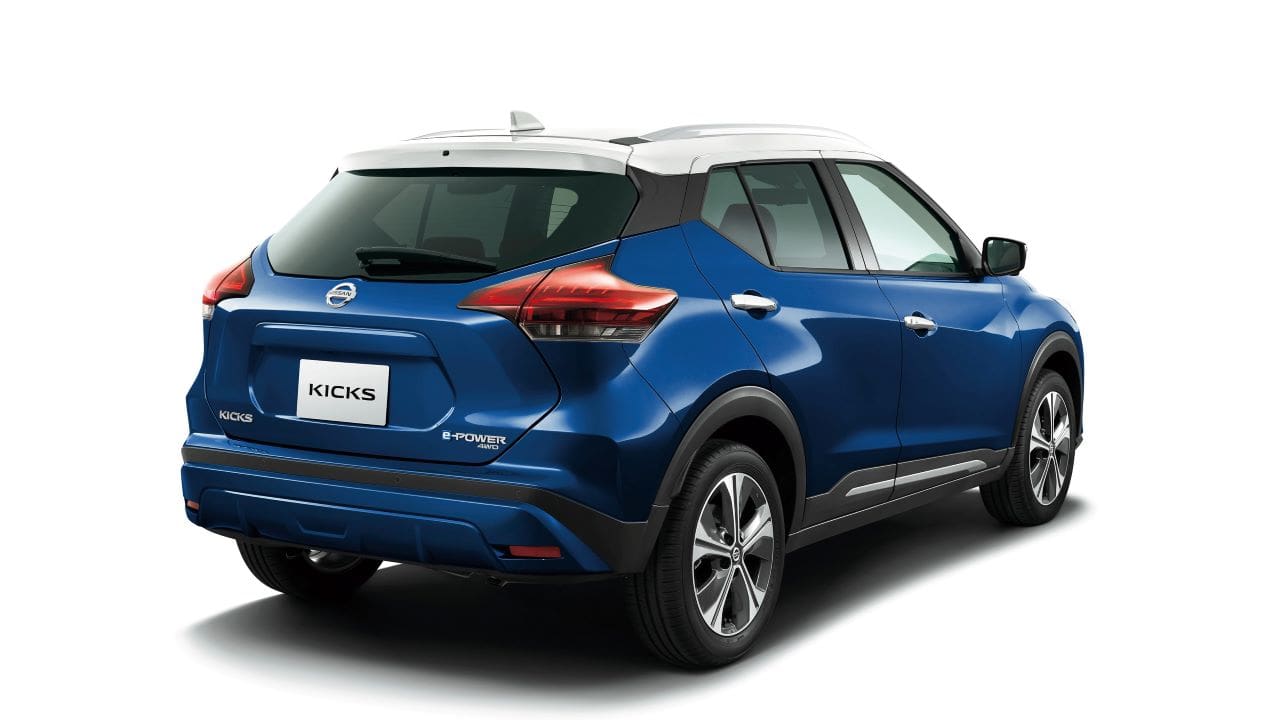 Let’s talk about the said model first. Physically, it looks the same as what we drove and what is presumably on its way to Nissan dealerships sometime next month. But the JDM-spec crossover comes in a higher variant that they call the X FOUR. Along with a new name comes the same petrol engine and the addition of 1 more electric motor and four-wheel drive (4WD).

The additional motor is added to drive the rear wheels with about 68 HP more power and 100 Nm more torque. It already looks like spirited bursts and twisties will be more fun with this variant. It’s worth noting that this iteration of the Kicks gets Nissan’s new (2nd generation) e-Power system. With it, the brand claims higher power and torque, plus better fuel efficiency to the tune of 23 km/L.

Yet another noteworthy bit of information is that JDM Kicks units get a lot of safety tech. There’s the Intelligent Forward Collision Warning system for all variants and other advanced technologies such as the Intelligent Around View Monitor system and the Intelligent Rearview Mirror. Both of which are supposed to be available only on the higher variants. AKA the X FOUR, perhaps?

Here’s the rub: the PH-bound units of the Kicks are sourced from Thailand, and only the front-wheel drive versions are used (and produced) there. What’s the chance of us getting a 4WD Kicks? Right now that might be pretty slim. That will mean that the Kicks will cost more, and in a competitively-priced segment, that might not be such a good idea. But as always, if there’s enough clamor, manufacturers do listen. This cannot be guaranteed, of course, but if Nissan Philippines sees and hears a demand for an X FOUR variant, they might bring it here. Until they do, if at all, we can always hope.