The Innova has been one of Toyota’s best-selling nameplates in the country. In fact, it sold more than 13,000 units in 2021 alone.

But what if the brand decides to future-proof their famous MPV? What if the Toyota Innova EV becomes a reality?

In this year’s Indonesia International Motor Show, Toyota gave a peek at what could be the Innova’s future, and you can color us impressed. 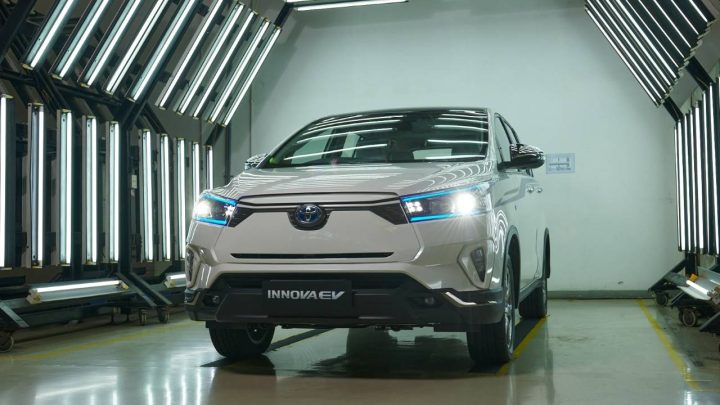 Before anything, we’d like to say that the Toyota Innova EV remains to be a concept. What we see here is an everyday Innova unit being used as a base for the EV. On the outside, the most obvious change is to the grill. No more slatted or honeycomb grills here as Toyota opted for a solid unit, accented by a lone horizontal strip at the bottom and a blued-out Toyota badge, indicating that it’s electric-powered.

What appears to be daytime running lights (DRLs) are also colored blue compared to the normal white LEDs. Speaking of blue, the taillights are also accented with blue borders, while black and blue decals run across the length of the Innova EV’s sides.

The bumper and front chin have likewise been redesigned, with a new set of 6-spoke alloys fitted into the concept. 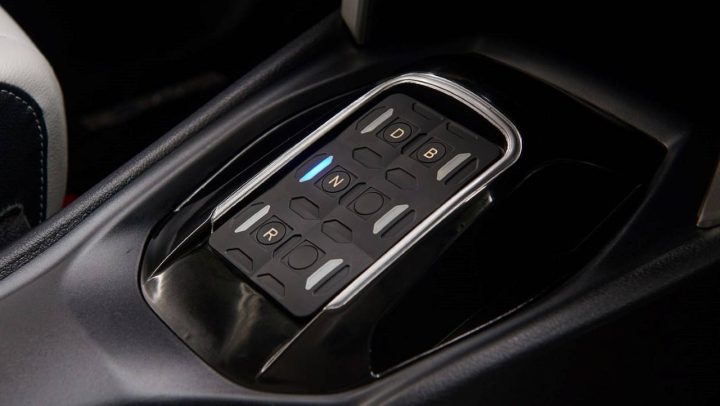 The inside of the Innova EV pretty much remains the same. We couldn’t expect that much of a concept, so seeing an analog gauge cluster wasn’t so much of a surprise. But what really draws attention is the gear shifter. Selector. Pad. Okay, let’s stick to “pad” given the photo above. Should this go into production, the shifter lever will likely be done away with in favor of button selectors. Talk about “futuristic”, right? Another interesting tidbit is the infotainment screen, which we assume provides important information in the absence of a multi-information display integrated into the gauge. Here we can see battery information being displayed, and seeing as the concept is indeed fully-functional and drivable, we know that with a few tweaks, it is possible to put it into production.

No specs were given about the electric power unit under the Innova EV’s hood, but we won’t be surprised if it shares motors that are already currently available with the brand’s other fully-electric vehicles. 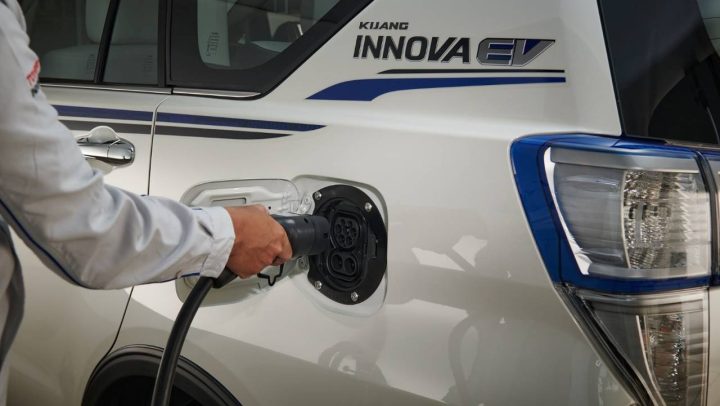 In line with the Toyota Environmental Challenge 2050, the Innova EV concept may be a part of their future vehicle offerings for them to achieve carbon neutrality by the year 2050. It’s worth remembering that Toyota announced its plans of launching up to 15 new electric vehicles by 2025. The Southeast Asian region is proving vital in Toyota’s push towards electrification, and if all their announcements add up, the Innova EV may only be one of the future models that they’ll be introducing as an actual production unit. As of the end of 2021, Toyota has retained a ridiculously large 40% (give and take a few percent) of the country’s market share. The five vehicles that sold the most last year all belonged to Toyota, and with the Innova taking 4th with the most numbers sold, will the addition of the Toyota Innova EV option make sense in the Philippines?

For those who own an Innova, and for those who are looking into getting one, do let us know your thoughts in the comments below. Now that we’re living in a time where fuel prices are in constant flux, will an electrified Innova – or any electric vehicle, for that matter – make your shortlist?