The new PH administration has taken its seat. New leaders take the helm of their respective agencies, but our industry has its eyes on the Department of Transportation or the DOTr. Heading the Department is former head honcho of Philippine Airlines, Jaime Bautista. It was during his term that PAL saw great success after turning the airline’s fortunes around.

This time, Bautista takes the reins from former chief Arthur Tugade along with all the successes, failures, and planned projects for the betterment of the transportation industry and the masses. What is Bautista’s plan, and how will the DOTr make good on its promise to “transform the PH transport industry”? The past 6 years saw a lot of projects from the Department of Transportation. For purposes of this particular piece, though, we’ll be sticking with land transportation. We are primarily an automotive website, but we digress. Back to the past years, land transportation has seen a lot of good as well as bad news. Whether it was the addition of more railways to trains stopping in their tracks, the rampant “corruption” in the LTO, or the proliferation of colorum PUVs due to a “lax” or “difficult to deal with” LTFRB, it started on the wrong foot. Again, that was then.

DOTr’s past leadership concentrated its efforts on cleaning up its act as well as that of the various agencies under its wing. They addressed the license plate fiasco which still does have a backlog to this day, they cracked down on colorum, they got new trains and pushed far and forward with the construction of the new MRT lines, and so on. A lot of these, to be fair, were successful for the most part.

Whether the past administration didn’t have enough time or if they started too late is a matter of opinion, but really, we saw improvement towards their terms’ end last month. Maybe it wasn’t as much as we had wanted, but we can’t deny what good things came to fruition. For all of these, we are and should be thankful. 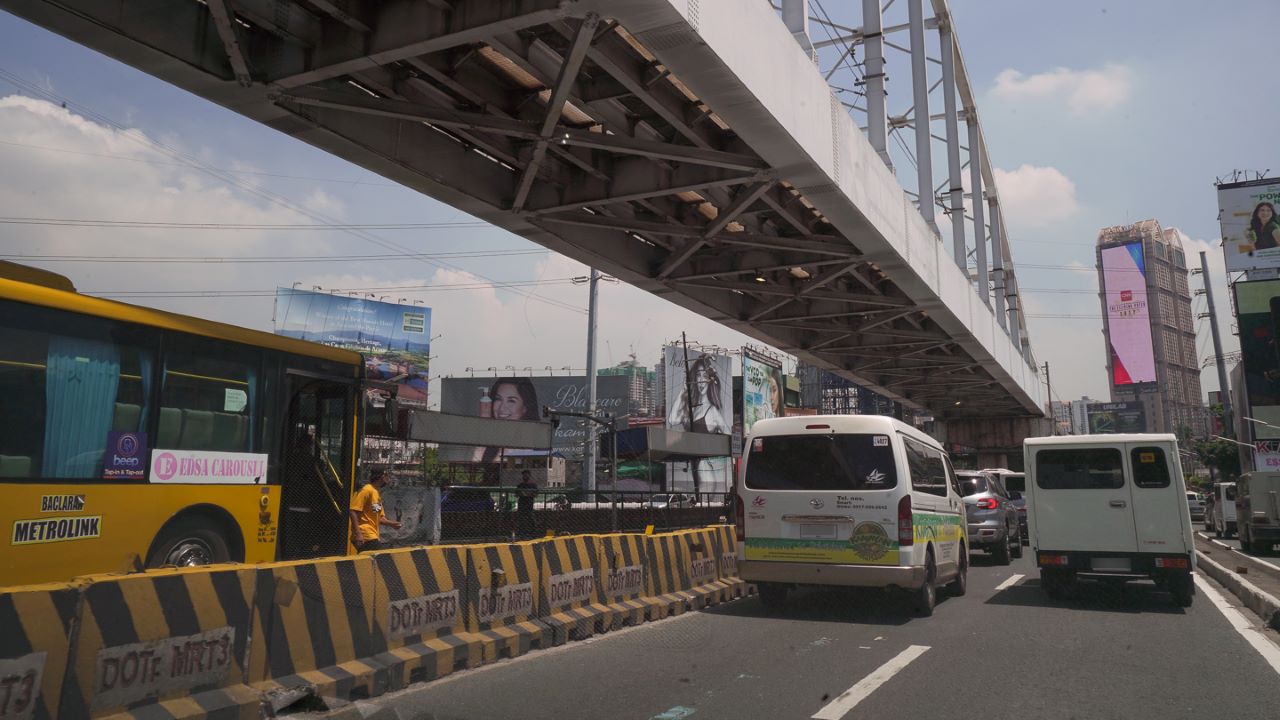 To say that the new DOTr Chief has big shoes to fill may be an understatement. A lot was left unfinished – unstarted, even – and there are still a lot of points for improvement. Regardless, it seems Bautista’s gung-ho yet optimistic mindset may have been a determining factor in his appointment. As early as his first day in office, he made a bold statement: “we will transform the Philippine transport industry and elevate it to global standards”. Big words, bigger commitment.

After the previous DOTr administration vowed to smoothly transition and continue helping the new leadership in any capacity needed, the master plan of Chief Bautista is to “focus our efforts at moving passengers and goods that use our roads, airports, seaports, and railways”. Okay, so we can’t just focus on land transportation in this article now, can we? But we’ll try while also trying to highlight how other modes of transportation will up the ante. 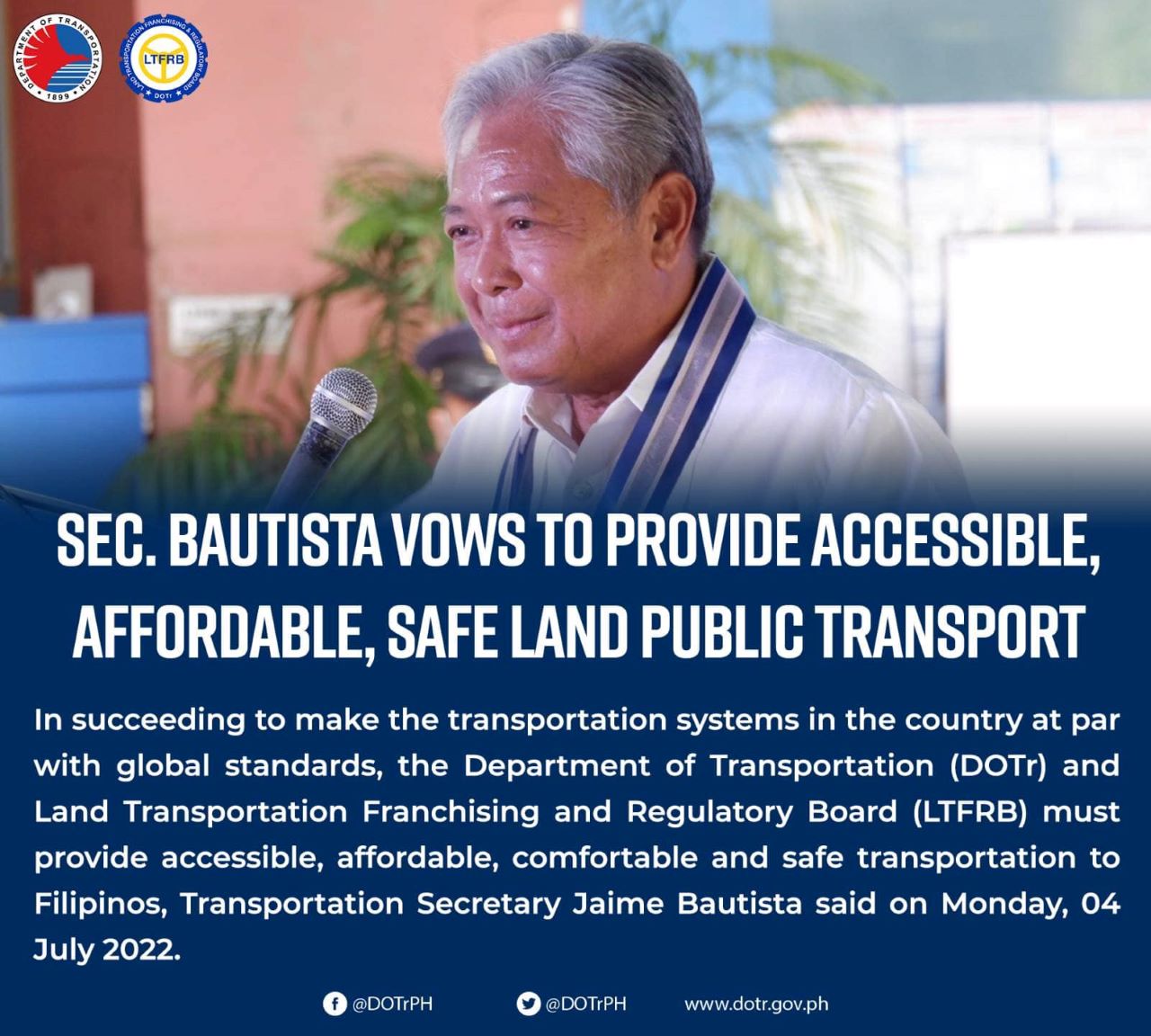 It’s always easy letting loose promises of progress and innovation, in this case, transformation. With all the politicking in the country, there really are more who don’t believe than those who do. But there is something about Jaime Bautista that might be able to herd us more towards the latter. “Accessible, affordable, comfortable, and safe transportation” are the key issues that they and the public are facing. This is why they will also be made the cornerstone of the Department’s programs. But whether successful or not, hasn’t this been done already?

What we need to realize is that while limited to air travel, PAL was suffering losses before Bautista’s tenure. We don’t really want to get into specifics, but these four “pillars” (and much more) were also addressed, and by doing so, the PH flag carrier’s fortunes were turned around. Under Bautista’s leadership, it was a continuous push forward and up towards progress, and whatever problems arose, they were quick to fix them.

But this is now a much grander scale. How can the new Chief apply that knowledge and grit and savvy to a national level of problems? We think that it is down to his core values. From the start, Bautista wants to focus on ease of doing business and eliminating bureaucracy to adopt the “four pillars” into the system. Again, the same has been promised before. But let’s not forget that there have been a very select few who did, and were able to produce track records of success despite all apprehensions and doubts from the greater public. 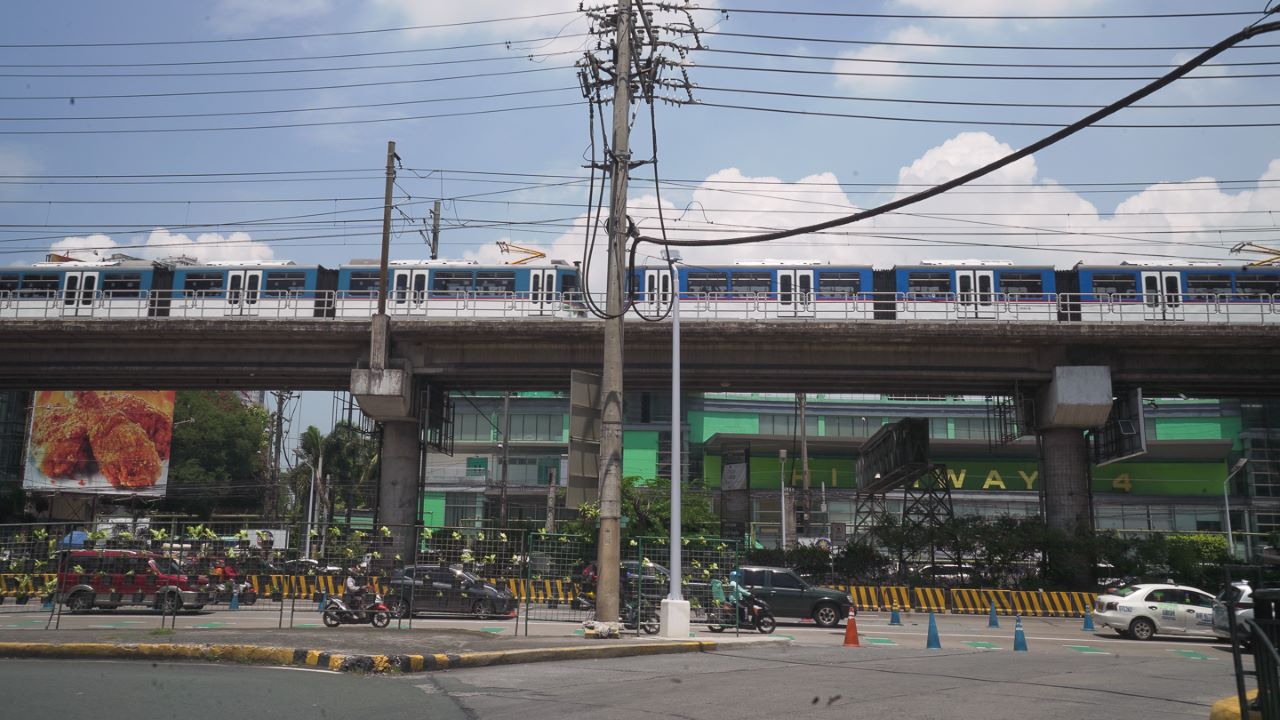 Now comes the bigger (biggest?) question: will 6 years be enough for the new DOTr Chief to blaze a record of success for himself and the department? Here’s what Bautista said:

“With critical transport issues mounting every day, we will be under close scrutiny if you can provide immediate solutions. And LTFRB, among others, is at the frontline of providing the solutions. I draw much confidence we will succeed knowing there are many dedicated and committed personnel at the LTFRB. The target is the public. Keep your eyes glued on the target. I am not grading you on your accomplishments. The public will grade us. The time to act is now!”

No great leader focuses on his or her own seat of power to succeed. Any and all great leaders will have the ability to instill respect for their position, accountability, and responsibility into their team, and these words while somewhat cliche can be bolstered by another of the DOTr Chief’s statements.

“I will not pretend to have all the solutions. With many daunting tasks ahead of us, I ask for your help in making this administration succeed in solving the seemingly insurmountable transport concerns of Filipinos.”

There. “I will not pretend to have all the solutions”. Earlier we mentioned politicking and the opposite of Bautista’s statement is what so many of those running for public office pretend to have. To be able to humble oneself in front of colleagues, subordinates, and the public and people he or she serves is, dare we say it, a trait of a true leader. Someone who will be at the head of the charge and not just someone who would sit in an office, barking orders from behind a desk while not knowing or caring about how all the others inside the department and out in the real world know, see, hear, and feel.

It is very reminiscent of how Art Tugade started his term as DOTr chief in 2016. And we all know how the DOTr stood their ground to their commitments. Again, not all of those may have succeeded, but the effort and what visible good results came cannot be questioned. 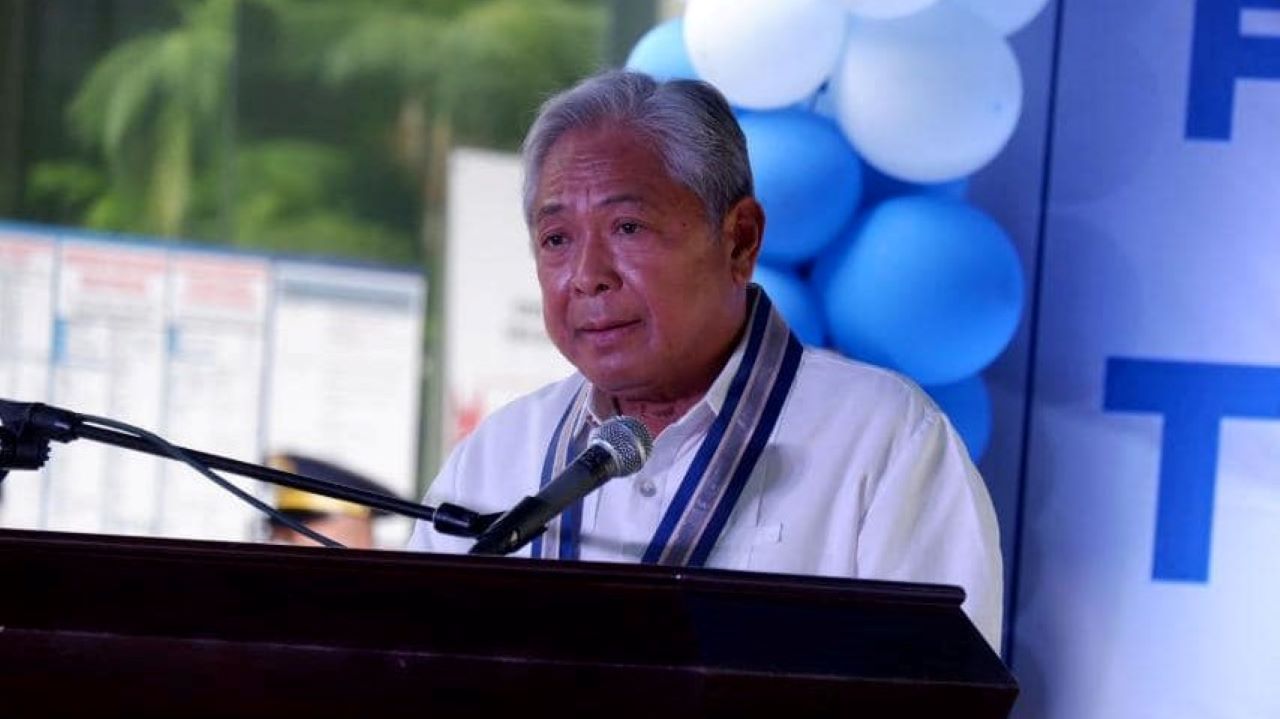 A new term has dawned for the DOTr, and without a doubt, it has big shoes to fill and an even higher mountain to climb. We can continue to remain critical as is our right as a democratic country. And if the DOTr continues their ways, then they will continue not just hearing but actually listening to the laments of the commuting public and find real ways of addressing them. As citizens, we can’t simply sit around and watch and wait for the DOTr to fail. Their failure is ours. Again, that is part and parcel of our being a democracy.

Never be afraid to speak up, and never be afraid to have your opinions that are based on facts heard. Those in positions of power are there to work and serve. As it is, it seems DOTr Chief Jaime Bautista knows that, too. Is he ready? It seems so as well. Is the DOTr up to the challenge? We have 6 years. Until that time is up, we are hoping, and we are wishing for nothing but success not just for the Department, but for the people.

From dreamer to winner; My Vios Cup Autocross 2022 Round 1 Recap - Feature