The first time I drove the Nissan Kicks e-Power was during a track day in the Clark International Speedway. While it does sound exciting to drive any car on a circuit, I walked away from that drive feeling “bitin” because of the controlled environment.

Also, the whole point of the Nissan Kicks e-Power is to give EV performance and hybrid fuel savings, how could I test that on track right?

Thankfully Nissan seemingly read my mind, because shortly after the track day I got an invite to drive the Kicks e-Power again. This time it was going to be an epic 500-kilometer journey from Manila to Misibis Bay in Albay. Before I get into the driving experience, let’s first run through the Nissan Kicks e-Power’s design. The Kicks is essentially a replacement for the polarizing (but popular) Nissan Juke.

I respected the way the Juke looked it, it was so far out there that it actually stood the test of time design-wise. Although, I am much more impressed by how the Nissan Kicks looks. 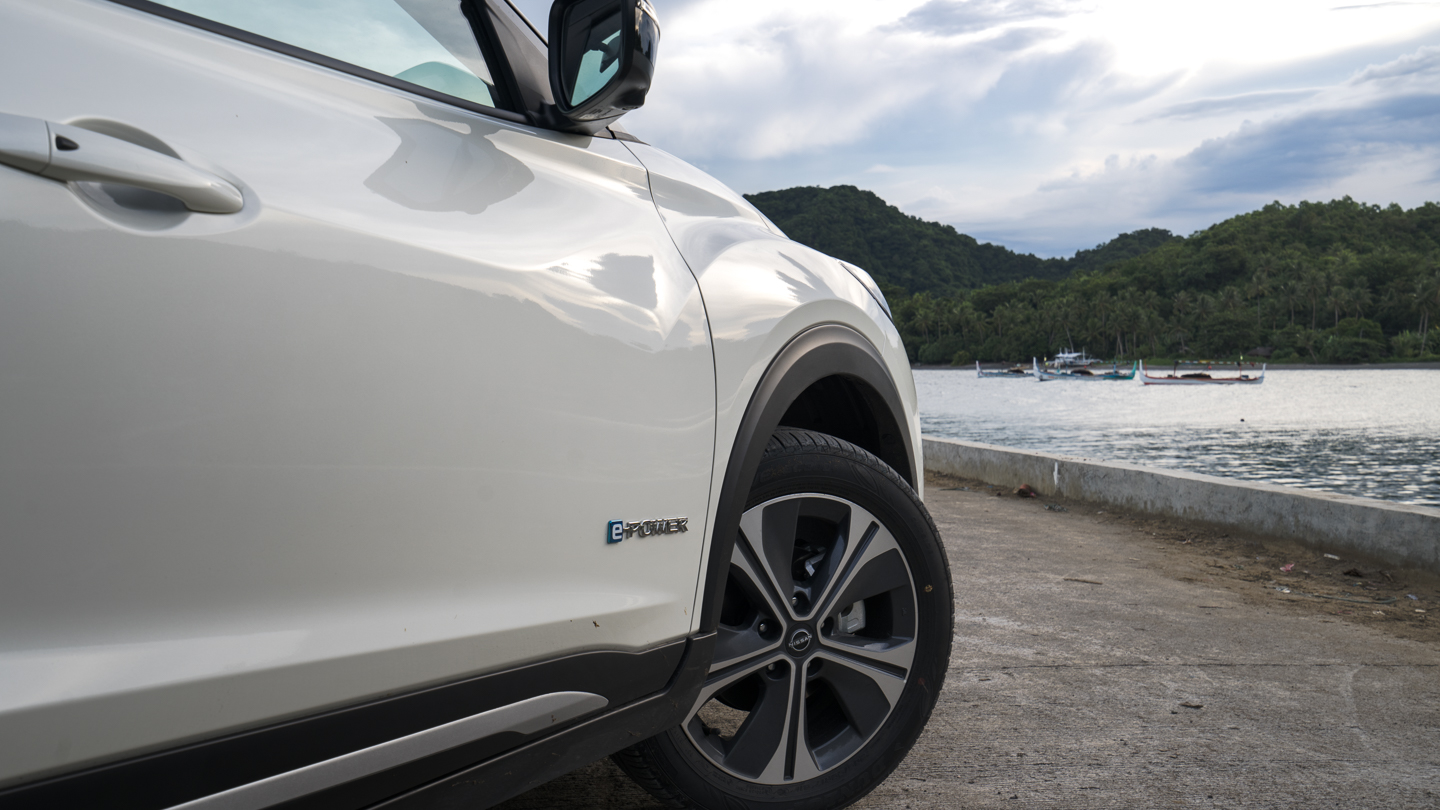 The face perfectly incorporates Nissan’s V-motion design grille, which is then flanked by a pair of LED headlights, DRLs, and foglights. On the side are 17-inch alloy wheels and the rear has a “light bar” type taillight design that gives it fluidity. The variant we have is the top-of-the-line VL and it comes with a two-tone color package.

From an aesthetic point of view, I really like the Kicks because Nissan didn’t try too hard to make it look unique. It manages to be understated and eye-catching at the same time, which is no small feat. 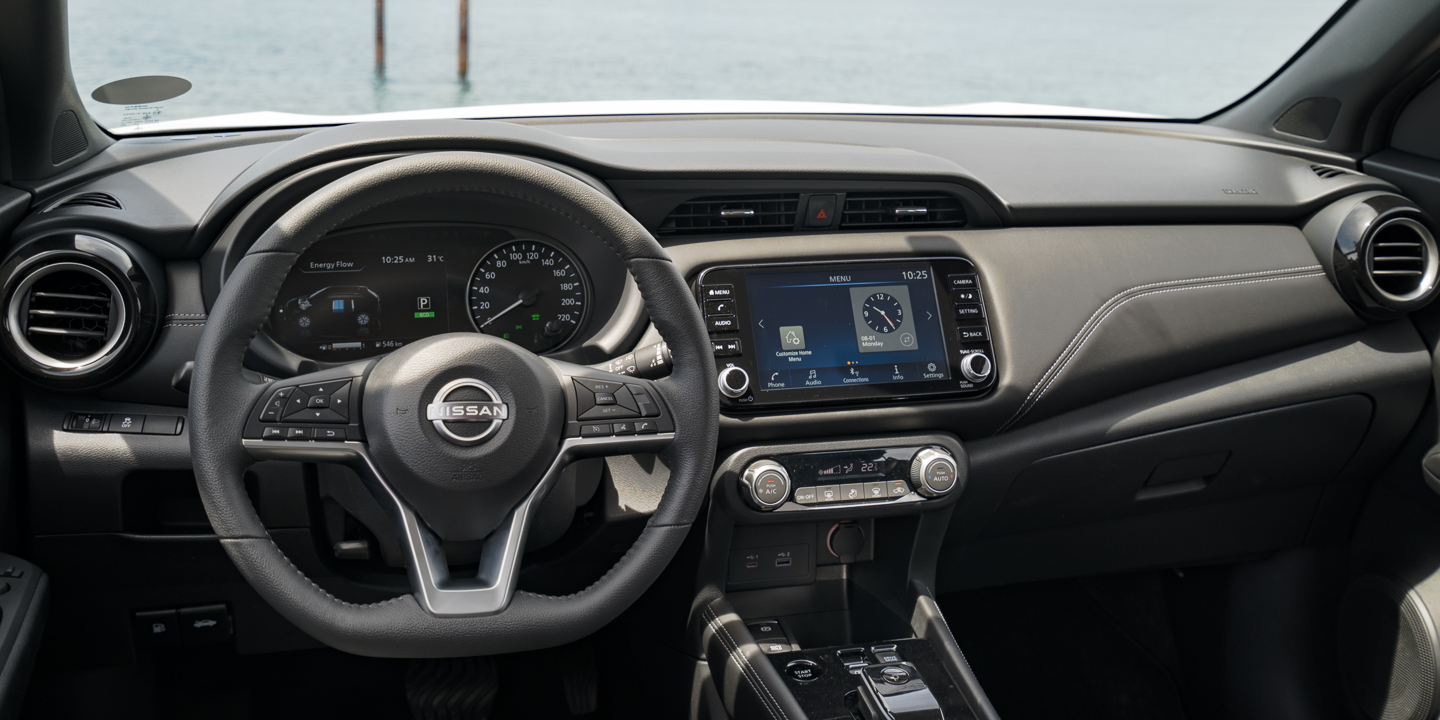 The interior of the Nissan Kicks e-Power is a showcase of proper interior building and design. Everything you need is neatly laid out and easy to reach, the number of buttons is just enough to make you feel you bought a premium car, without making it too complicated to understand. 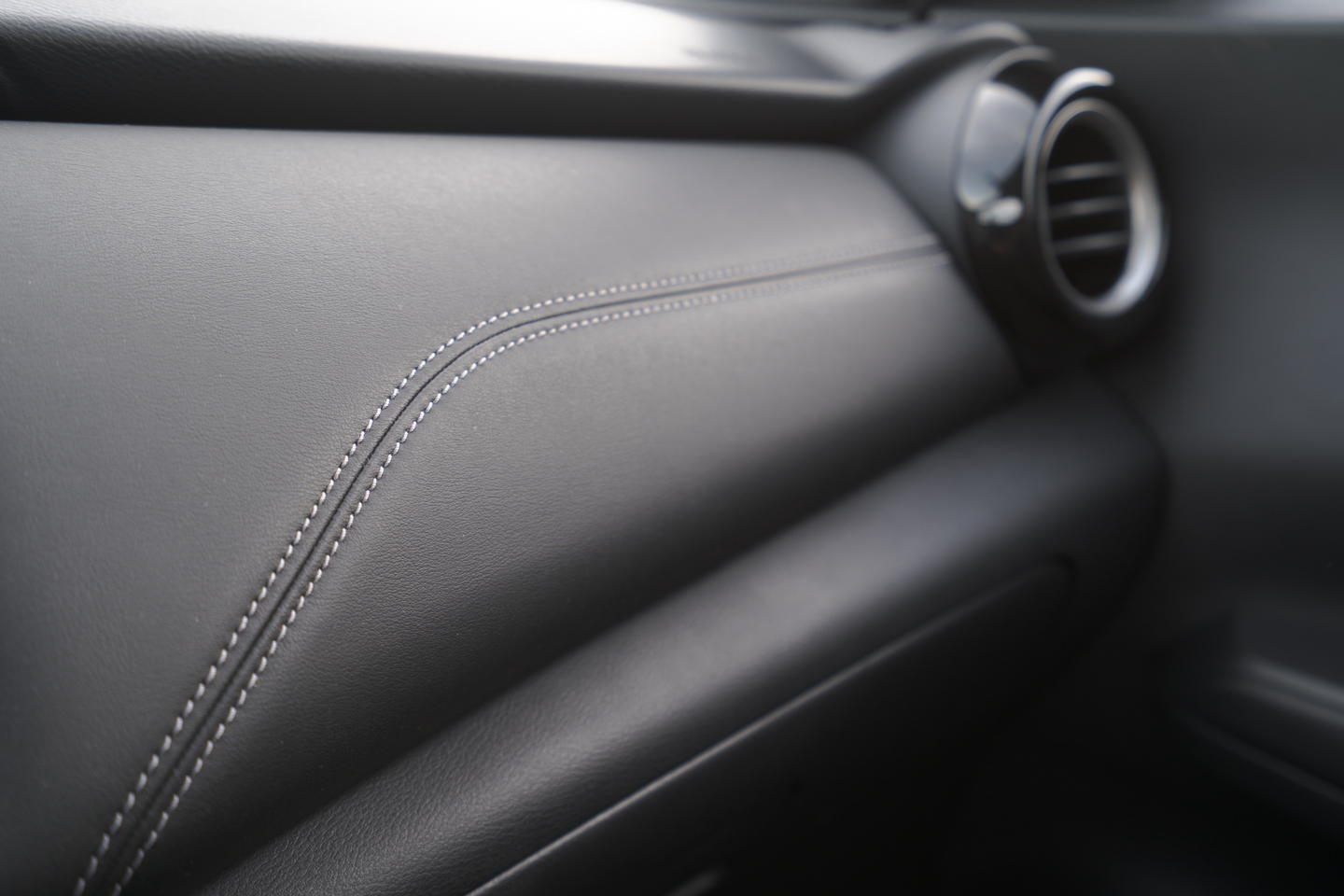 Also, the materials used feel premium and robust despite the budget-friendly nature. The interior features a mix of soft touch and hard plastic panels. Yet, the hard plastics used are a step above the ones used in other mass-produced vehicles, I had to literally knock on the panel to find out that it was plastic and not foam or leather.

See also  Finally! The Nissan Kicks E-Power is set to launch on August 12 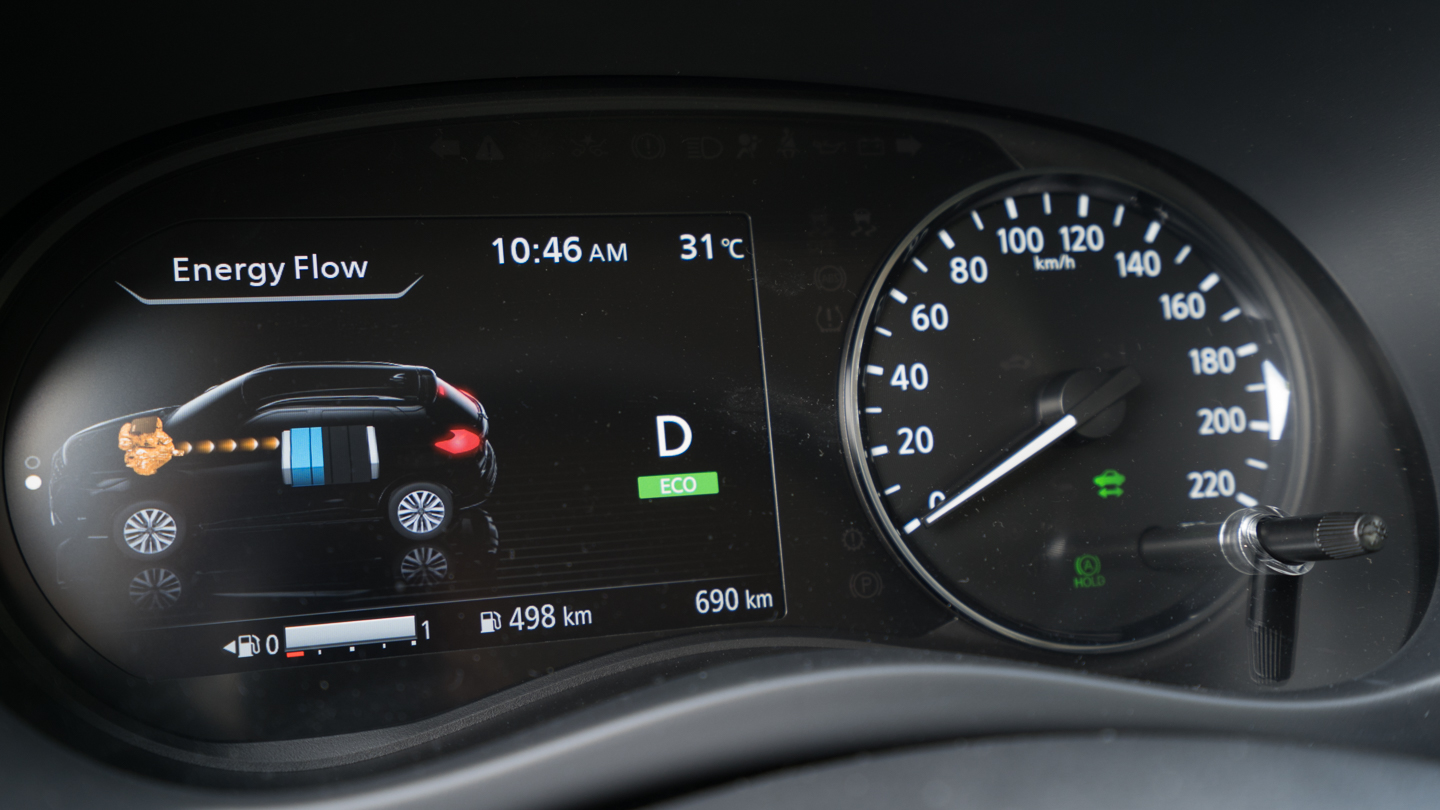 The Kicks e-Power VL has a half digital and half analog instrument cluster, the digital screen shows you your various settings and information pertaining to the battery charge and how efficient you’re driving. Next up is the 8-inch Nissan Advanced Touchscreen display audio that has Apple CarPlay, Android Auto, and other various connectivity features. 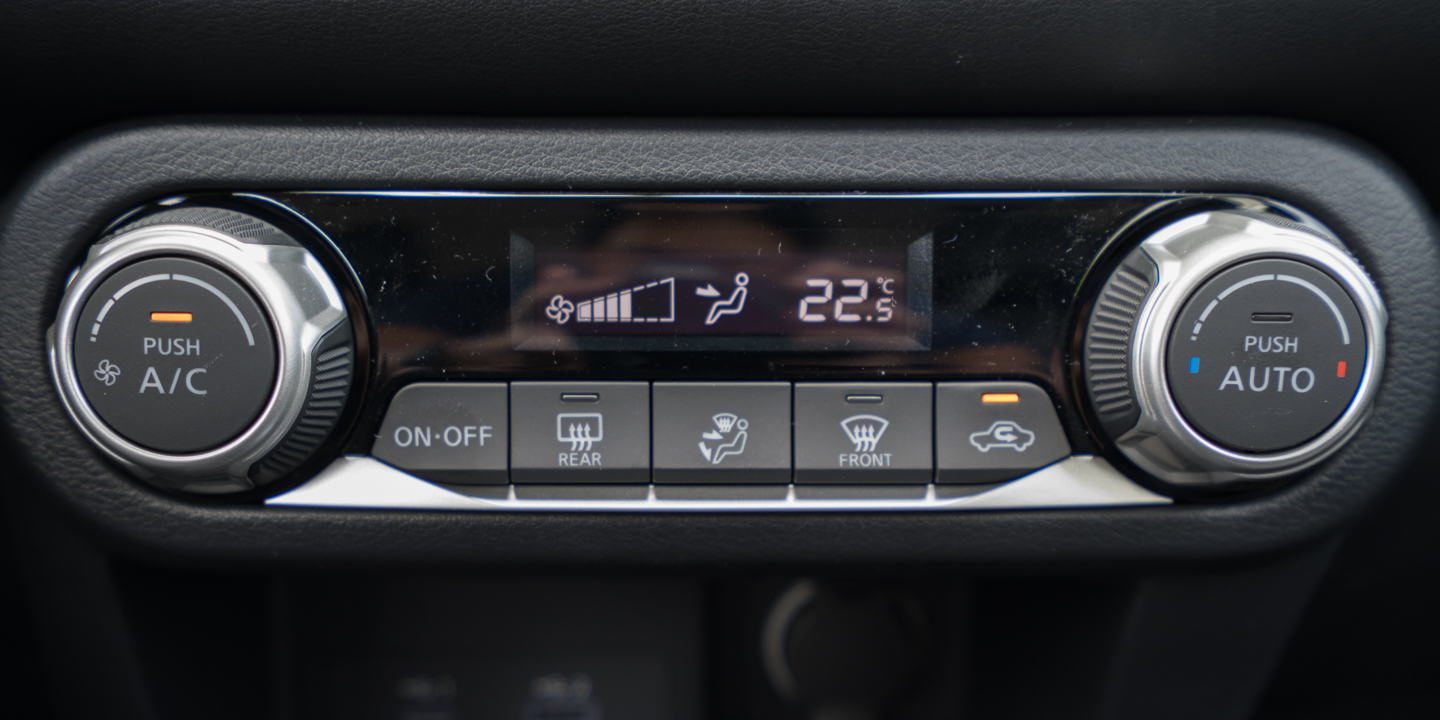 I really like how Nissan makes their infotainment systems, they don’t look like aftermarket screens put in as afterthoughts. Nissan’s system feels like it was made and designed in-house. 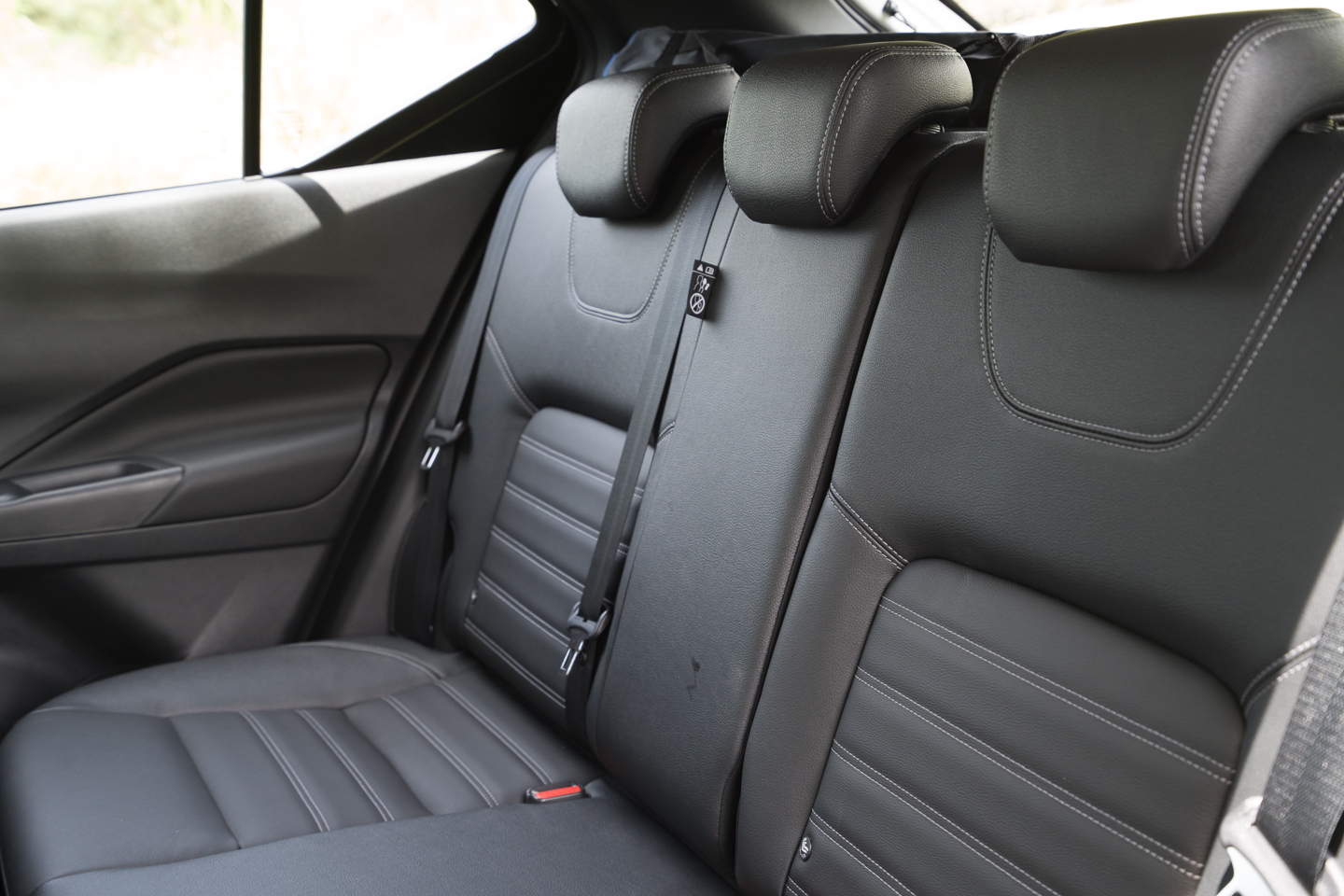 I also have to commend Nissan for making the Kicks interior feel expansive despite its small size, not once did I feel claustrophobic on the long journey.

My favorite interior feature though is the Nissan zero-gravity seats. Despite the length of the journey and the varying road conditions my body didn’t ache or complain at all. 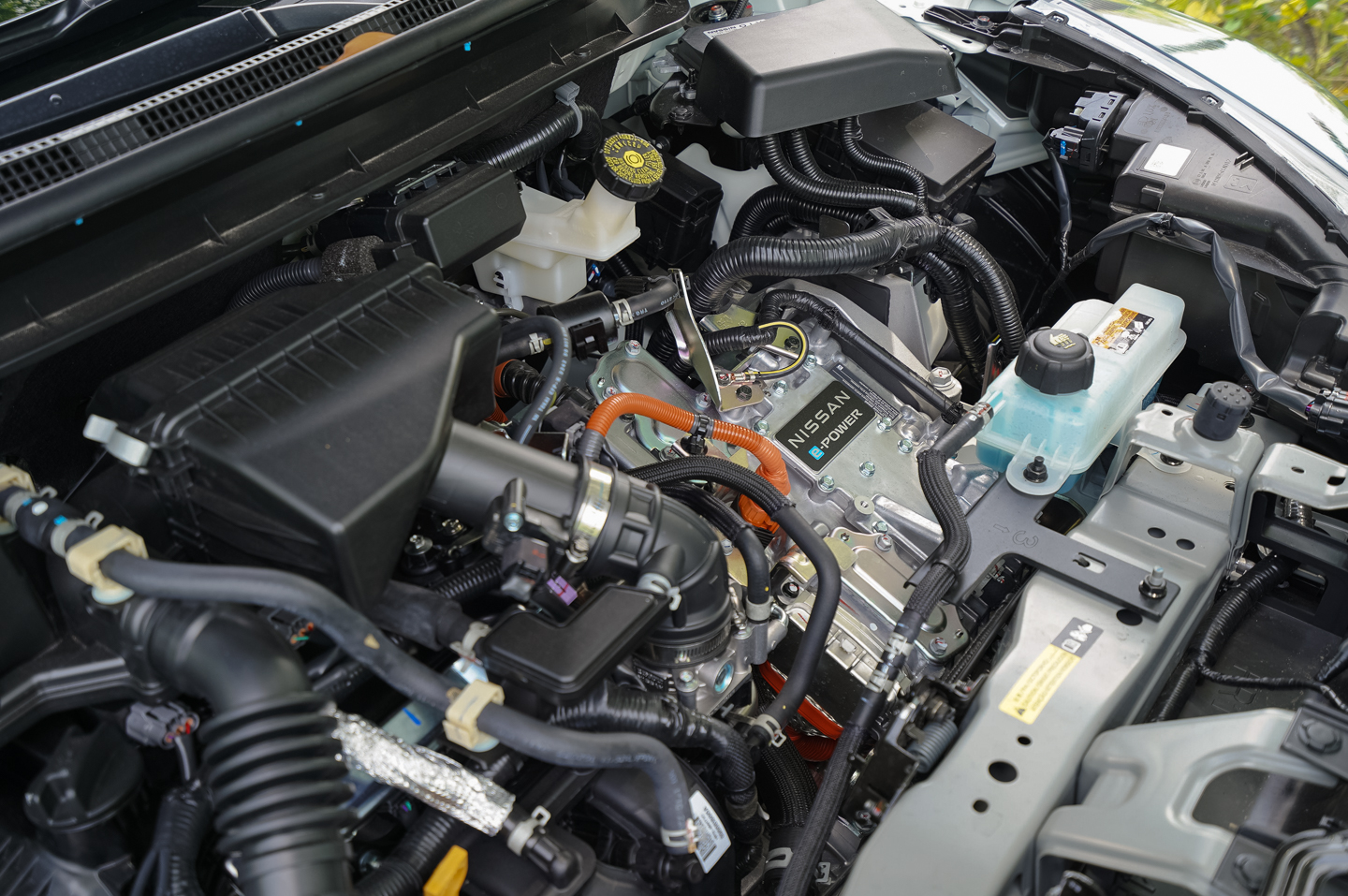 Powering the Nissan Kicks e-Power is a 1.2-liter 3-cylinder gasoline engine that’s paired with a 349 volt AC Synchronous Electric Motor. It puts out a combined output of 136PS and 280Nm of torque, the transmission meanwhile is a single-speed automatic gear reduction unit. You read that right, it only has 1 gear. Another thing to take note of is how the e-Power system works, essentially the gasoline engine’s sole purpose is to charge the electric battery, it has no mechanical connection to the wheels. What drives the car? that’s done by the electric motor. 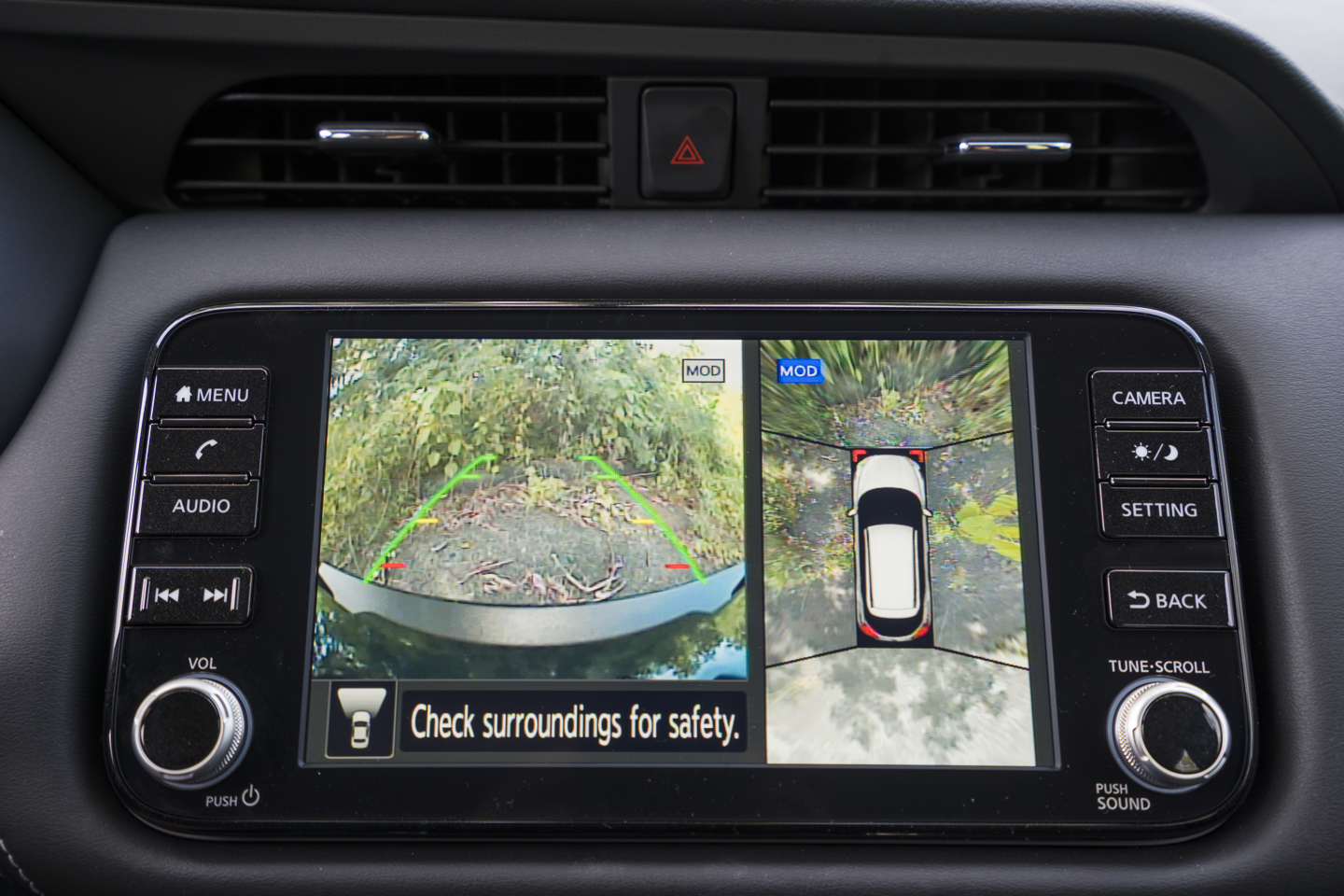 What is a minus though is the fact that Nissan didn’t put all of the Nissan Intelligent Mobility features. Which is a shame considering its chief rival the Corolla Cross comes complete with Toyota Safety Sense. 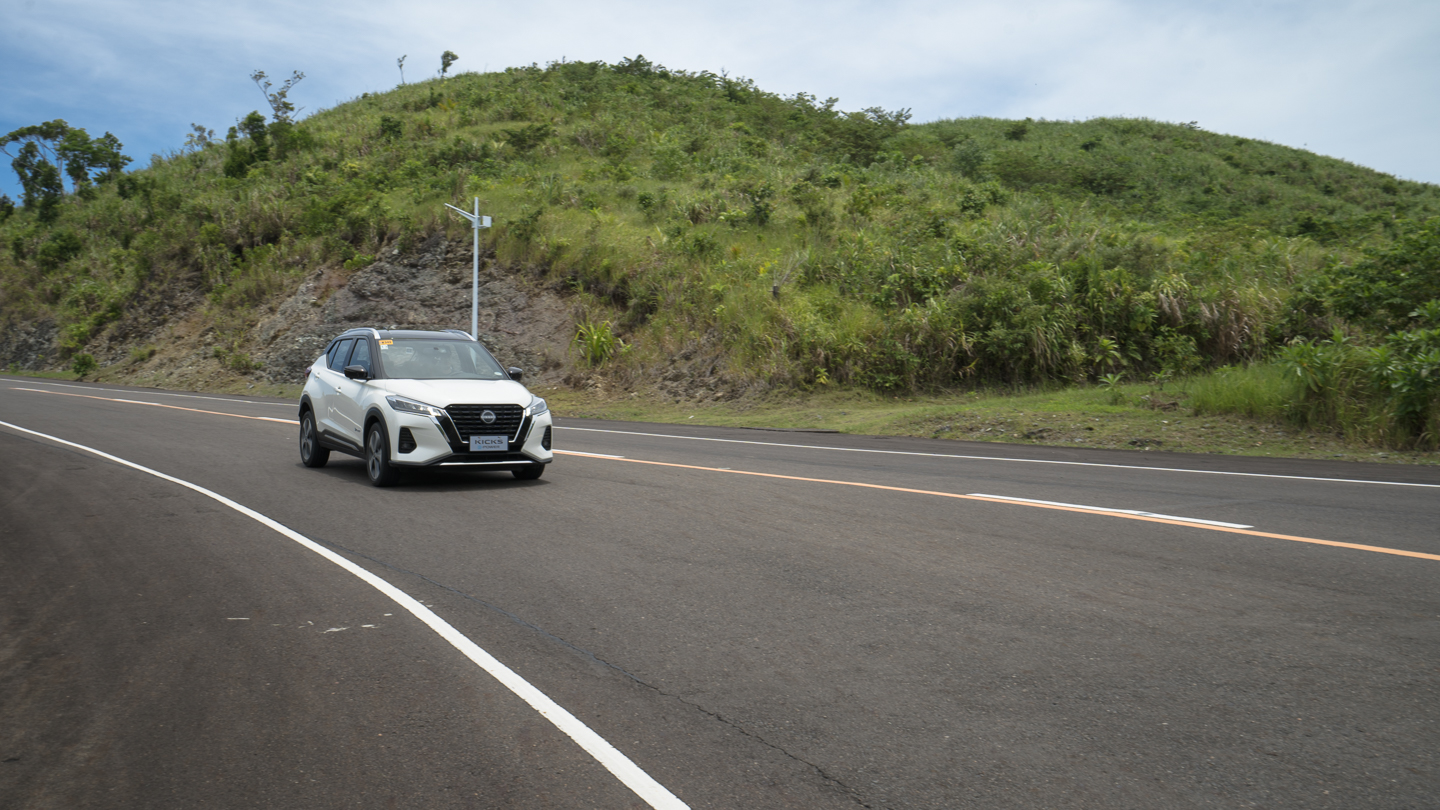 The whole drive convoy consisted of 15 Nissan Kicks e-Power (all in white and in the top-of-the-line VL variant), and Nissan along with the organizers assured us our route would truly test the e-Power technology to its limits. 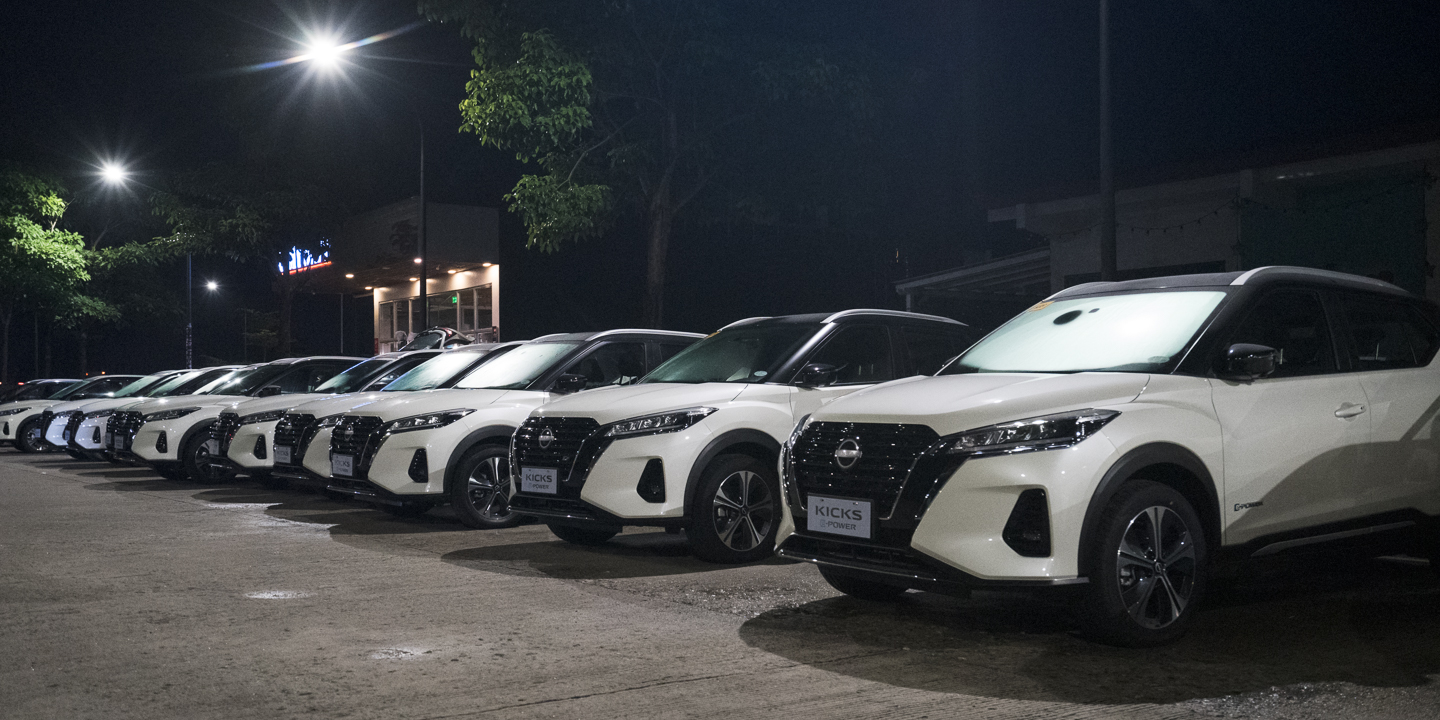 We were set to depart Caltex Mamplasan as a group during the wee hour of 3:30 am. The goal was to reach our final destination in Albay before nightfall. Right before we departed we were given goodie bags of food and other important items to make the journey as comfortable as possible, I personally filled myself to the brim with food, sugar, and caffeine as I was slated to take the first stint of driving duties.

The car I would be driving was car 13, meaning we were almost at the tail end of the whole convoy, keeping up was going to be a tough task.

Thankfully, the Kicks didn’t let me down, in fact, it even elicited a few grins and giggles from me.

The e-Power system gave instant torque feels from even the slightest pressure on the pedal. Overtaking was a breeze, and at times I could safely overtake up to 3 vehicles at once. Another feature that made the drive more comfortable was the e-pedal, which is the e-Powers way of using the energy generated from braking into additional charge for the battery. I simply had to lift off the gas pedal, and the Kicks would brake on its own, take note though that it only works below 80kph and to get to a full stop you still need to use the brake pedal. 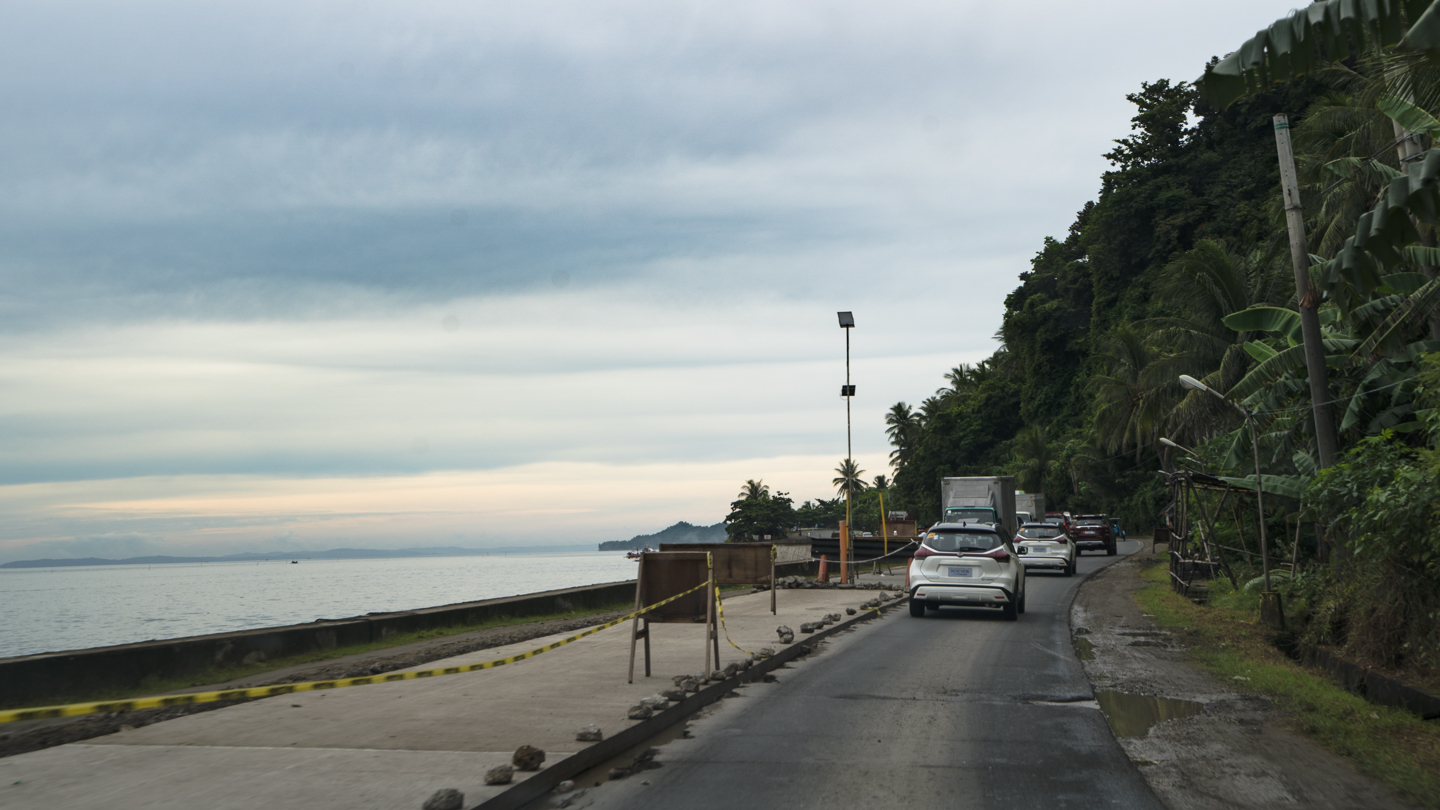 Nonetheless, my right foot and ankle weren’t overworked too much switching from gas to brake.

Handling and ride were also above what I was expecting. It soaks up the bumps and ruts of provincial roads really well, and only the deepest of potholes are registered throughout the cabin.

I must say that the gasoline engine only really made itself known when the battery needed to be charged or under hard acceleration in order to compensate for the power being consumed, other than that it was whisper quiet.

On the twisty coastal and mountain roads, the Nissan Kicks wasn’t out of place! it felt sporty and the steering was direct enough to be able to point at corner apexs’ with confidence. Even taking off-camber corners and steep drops was fun because the Kicks never bottomed out.

The Nissan Kicks is really such a hoot to drive, at no point did it present any shortcomings and I had a sneaking suspicion the car was egging me on to drive it harder and faster. 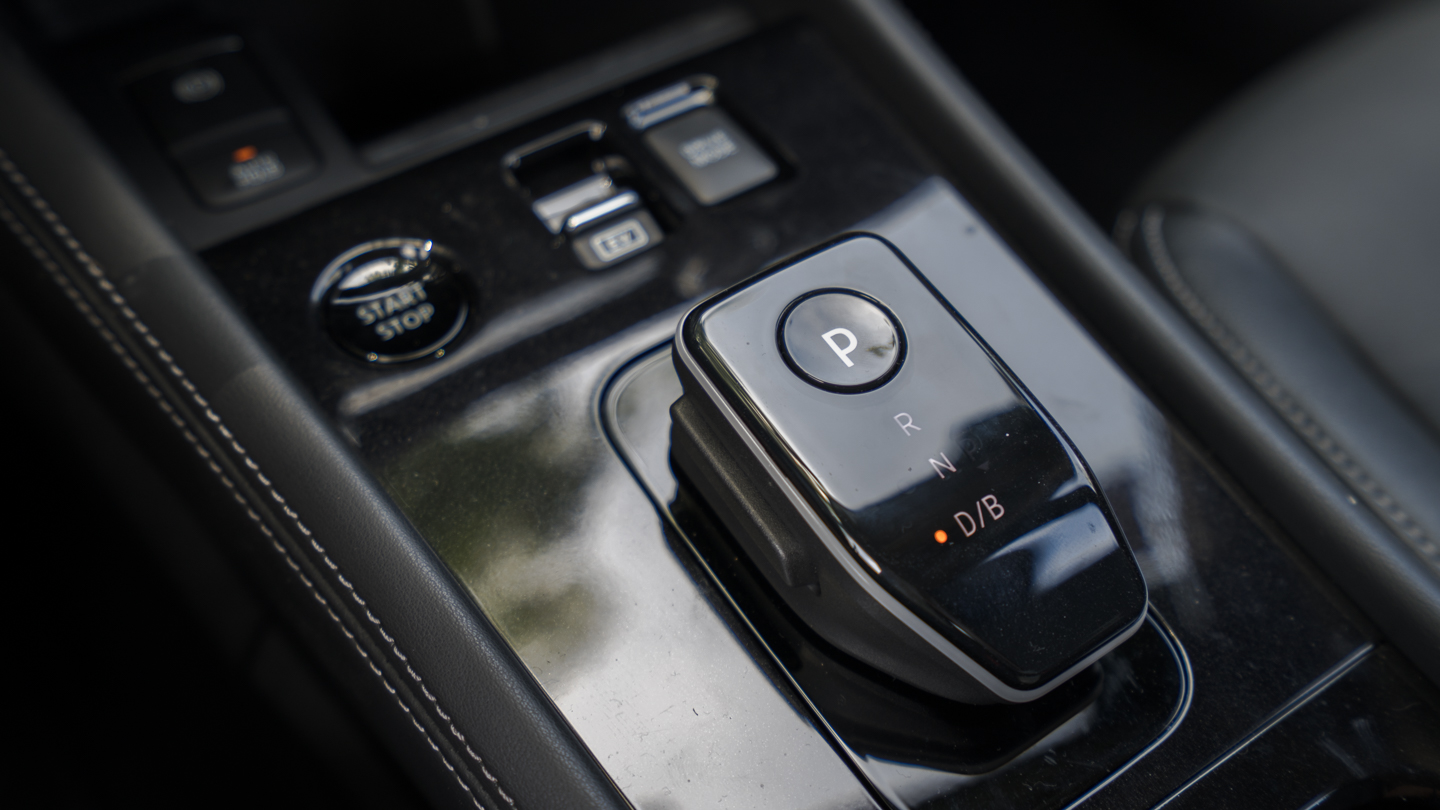 Now comes the exciting part, the fuel economy. Given that we were in a convoy, I had to do everything in my power to keep up. That means hard acceleration and generally un-fuel-friendly driving techniques.

Yet! on the way to Albay we registered 25.8 Km/l, and only used half of the 41-liter tank. Let that sink in for a minute, I drove the Kicks hard for 500 km and only used half a tank. It was also the same story on the way home to Manila, in fact, I was able to use the Kicks for an additional two more days in Manila still using the fuel we loaded from Albay.

Upon further calculation, the Nissan Kicks e-Power should be able to achieve 900-1,000 km per full tank. When Nissan eventually picked up the unit, it still had 270km of range left according to the trip computer.

I really only have one gripe with the Nissan Kicks, which is the lack of the complete Nissan Intelligent Mobility features. Yes, it has a few (essential) features, but it would have been the “ultimate” complete package had Nissan put more or all. 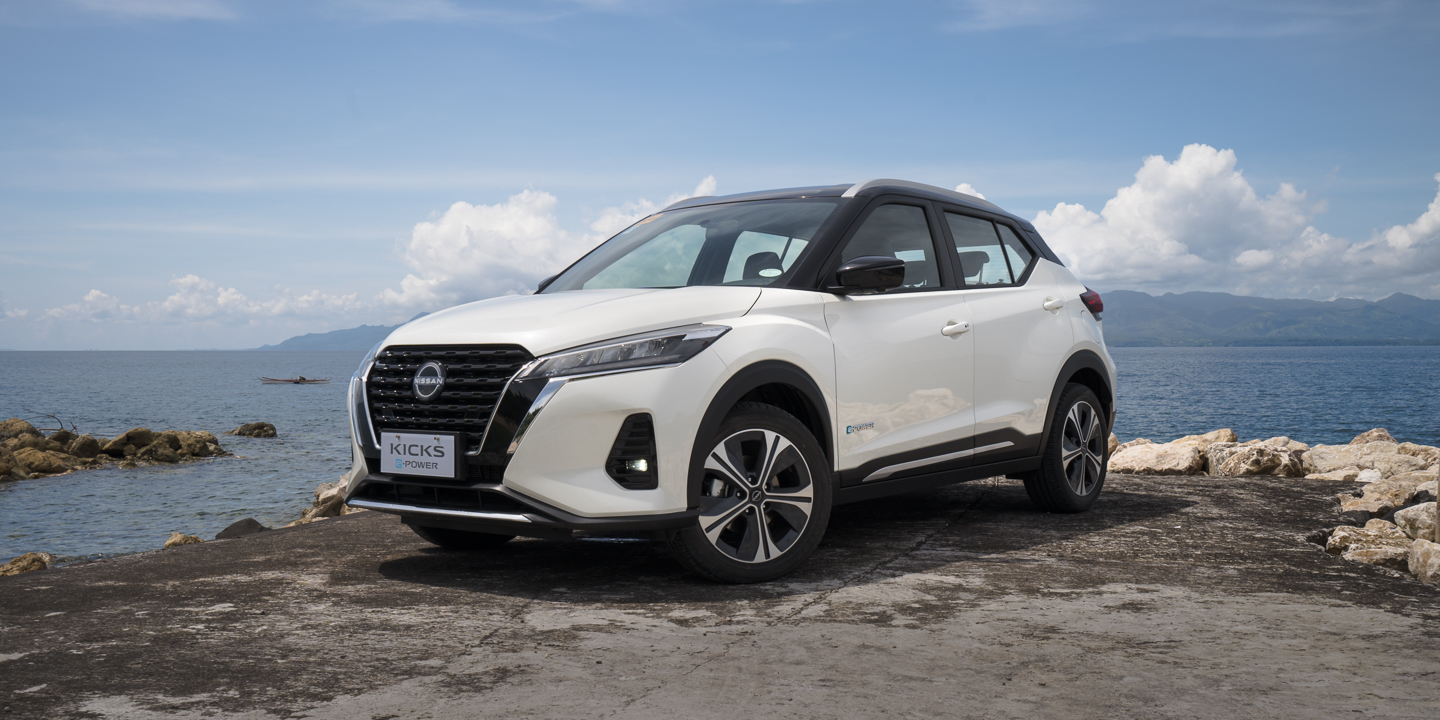 The top-of-the-line 2023 Nissan Kicks e-Power VL retails for PHP 1,509,000. That is a huge amount less compared to the Toyota Corolla Cross, and besides the lack of the complete Nissan Intelligent Mobility suite the Kicks is a bargain… sorry no, the Kicks is a smart investment choice. I still can’t wrap my head around the fact that it really can do 1,000kms on one full tank of gas.

The Nissan Kicks e-Power is my car of the year so far.