When you think about affordable hatchbacks in the Philippines, the models that spring to mind are the Toyota Wigo and Mitsubishi Mirage. That’s because they’re as common on our roads as tricycles and Jeepneys, however, as good as those two are there’s a worthy option which I think is being overlooked. The Honda Brio.

A few years back when the (then) updated Brio was launched, I was able to hitch a ride in the mid-variant V CVT and was intrigued and vowed to thoroughly review one soon. A few years later, Honda lent me the keys to the range-topping RS Black Top variant and I set about giving the Brio a (one week) once over. 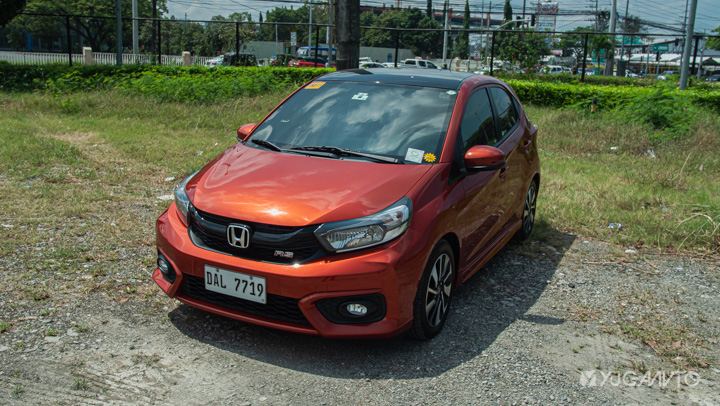 I’ll be honest, the first generation Brio wasn’t a looker for me, I remember distinctly describing the previous Brio hatchback’s rear as looking like an Angry Bird.

Suffice it to say, after seeing the updated version I’m happy to report that it’s actually the best looking (between the Mirage, Wigo, and Brio) for me. It manages to be sporty looking but retains “small hatchback” qualities that make it endearing to look at. 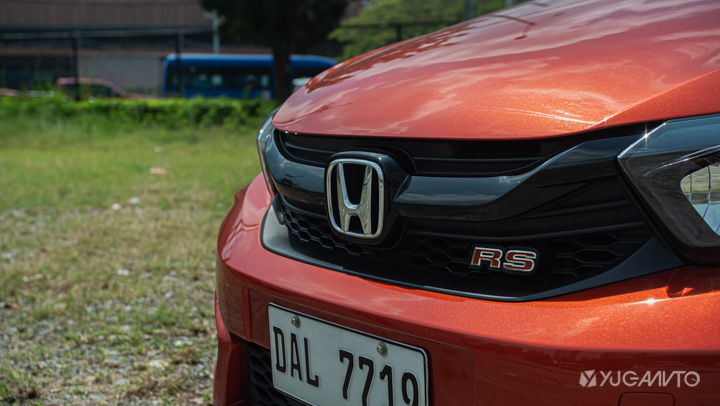 I also think that if you’re going for a Brio, might as well go for the RS in terms of looks. The whole RS package just rounds out the overall look well, the sportier rims, the spoiler, the side skirts, and the few smatterings of the RS badge make it a looker without the “look at me!” vibes. 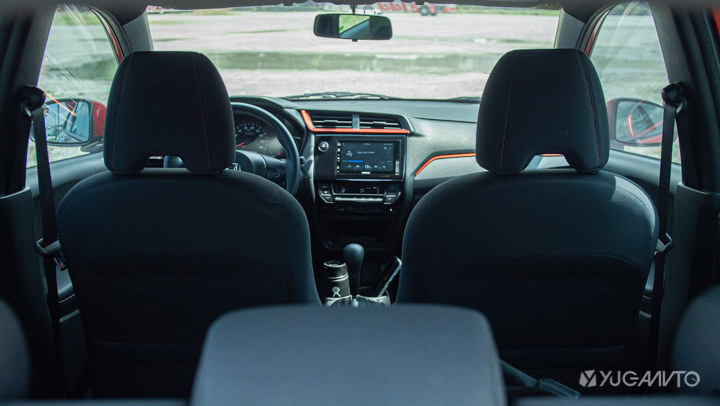 The interior of the RS is actually “roomy”, the size of the car doesn’t fully reflect the space inside. Headroom is decent for someone with my height (5’9) and despite my seating position, I was told the legroom at the back wasn’t a squeeze too.

The best part about the space for me is that even with four passengers, we weren’t like sardines in a can/bottle. I wasn’t bumping elbows with the front passenger every time I tried to reach over and change the radio station or adjust the aircon system. While the people at the back could talk and breathe without me smelling what they just ate or feeling their breath behind my neck.

Design-wise, the interior of the RS has enough “bits and pieces” to set it apart from the rest of the range. There are colored panels on the dashboard that actually match the exterior color (Phoenix Orange Pearl). The seats also have contrasting orange touches and the gauges prominently remind you that your car is the RS with a badge.

As for features, since this is an affordable hatchback offering expectations were low. The good thing is, the Brio RS has all the “necessary” things any motorist could ask for. 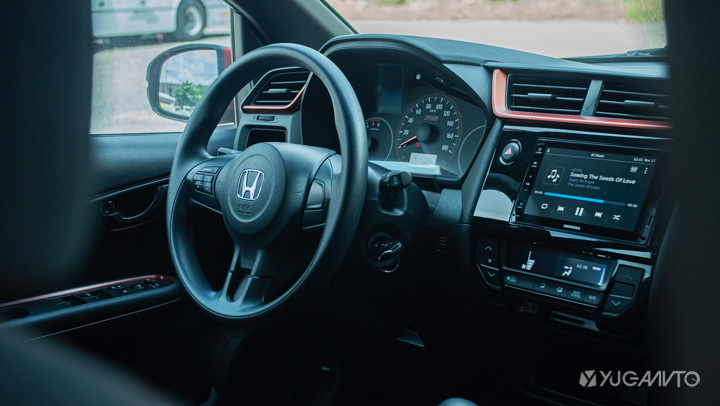 As I said, nothing much to report in terms of features, but all the things Honda put in the Brio work and are easy to operate; which are the most important things for any driver. 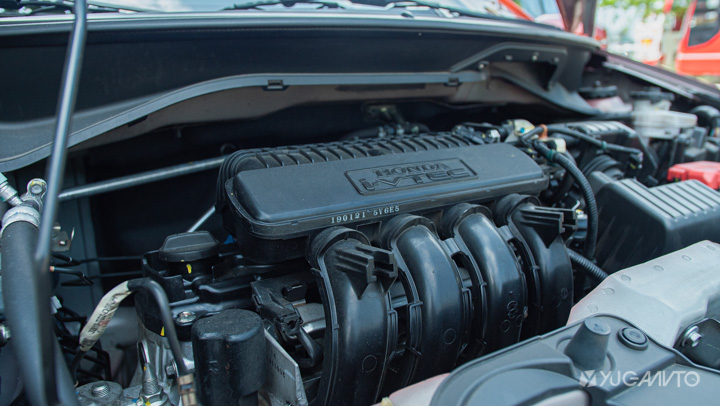 Beneath the hood of this skittle-colored hatchback lives a 1.2-liter SOHC VTEC gasoline engine, that makes a decent 90Ps and 110Nm of torque. It is paired to a Continuously Variable Transmission (CVT), no paddle shifters, no manual mode.

I found that the engine output was more than enough to power the little Brio along (even when loaded), it made no qualms accelerating from a standstill and maintaining decent speed whether on flat or inclined roads. Also, the engine is quite smooth and very quiet barely making noise at normal revs, only really groaning above 3,000rpm.

In terms of safety, the Brio has dual SRS airbags and Anti-lock braking as standard. At this class and price point, the only thing it really lacks is stability or traction control.

The best part for me is the fuel consumption, we now live in a world where (literally) every liter counts and Brio does just that. After a week of driving it almost every day, I returned the car with half a tank left. Keep in mind, it’s already summer so I had the aircon on full blast most of the time at its lowest temperature setting. Even then, in mixed conditions, my final consumption reading (according to the trip computer) was an acceptable 11Kms/L. The one time I did a loop of the Skyway Stage 3, It went up as high as 16Kms/L. It’s one frugal little car.

I only have one problem with the Brio RS, the ride. I noticed that over rougher road surfaces it was harsh, to the point that some of my rear passengers were complaining. 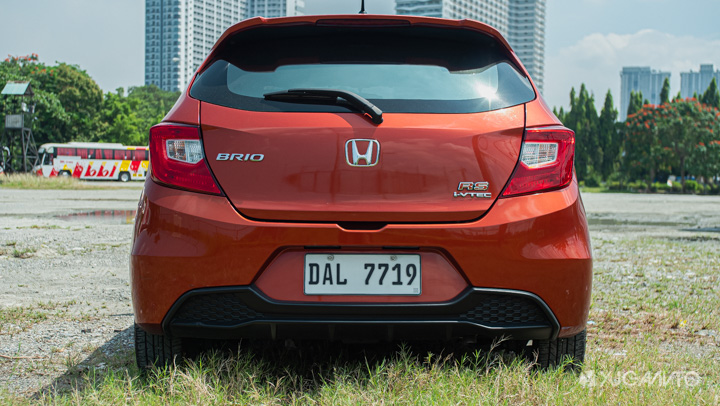 Overall though, I had a great time driving the Brio RS, its size makes it easy to maneuver around the city (not to mention its easy to park anywhere). Driving the Brio RS also showed that being a Honda counts for something, the quality of the materials, the refinement in the drivetrain, and the fun driving dynamics.

I honestly don’t understand why the Brio has been overlooked, this top-of-the-line RS Black Top retails for just PHP 735,000. At that price and with all it has to offer, it really should be a more common sight on our roads.