Peugeot has come back strong, ever since the brand was taken over by a new distributor they haven’t wasted time showcasing their vehicles. The question remained though if the cars could live up to the hype, and so far they have. 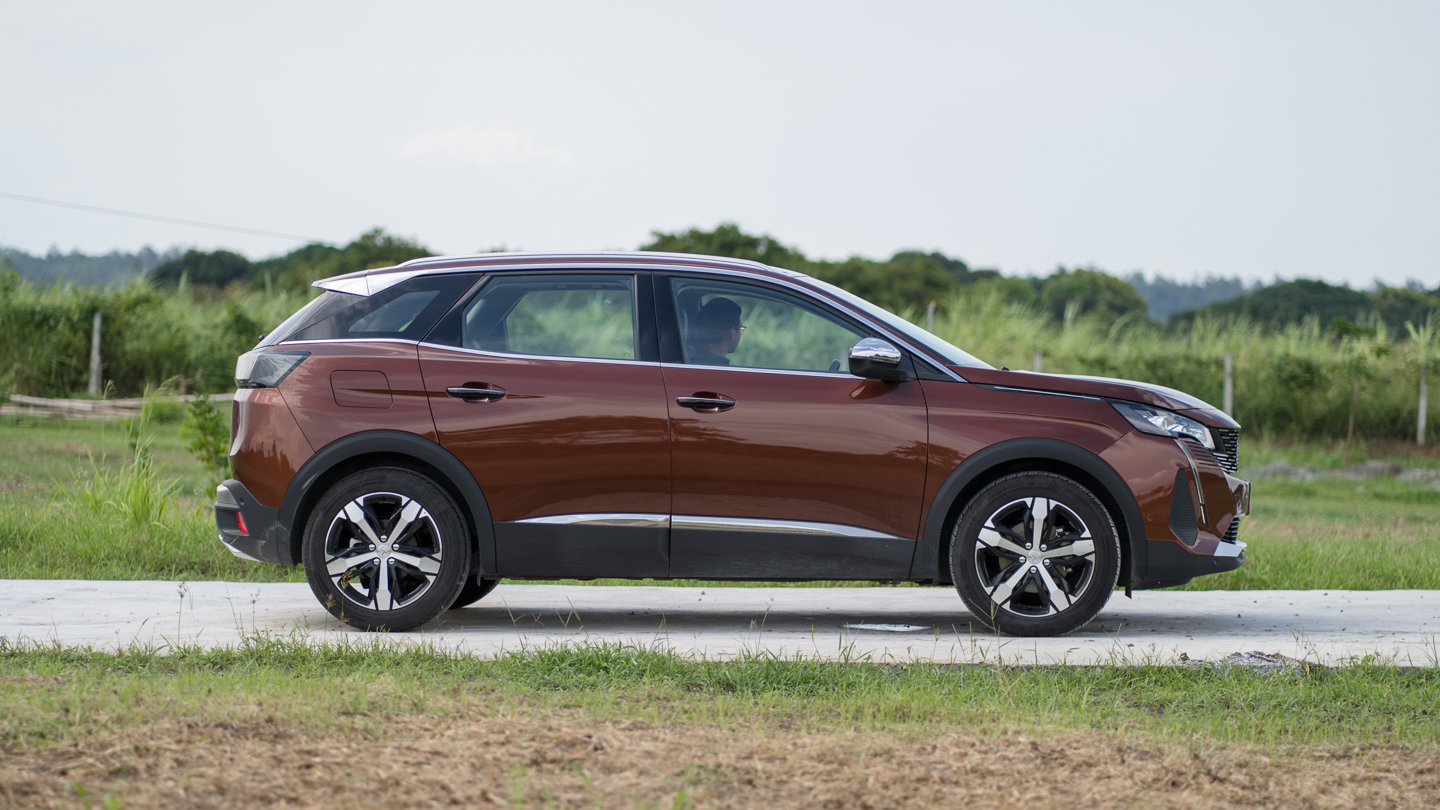 The Peugeot 3008 is very much the spitting image of the bigger 5008. This is a good thing because Peugeot has nailed their design language, the 3008 can never be described as bland or trying too hard. 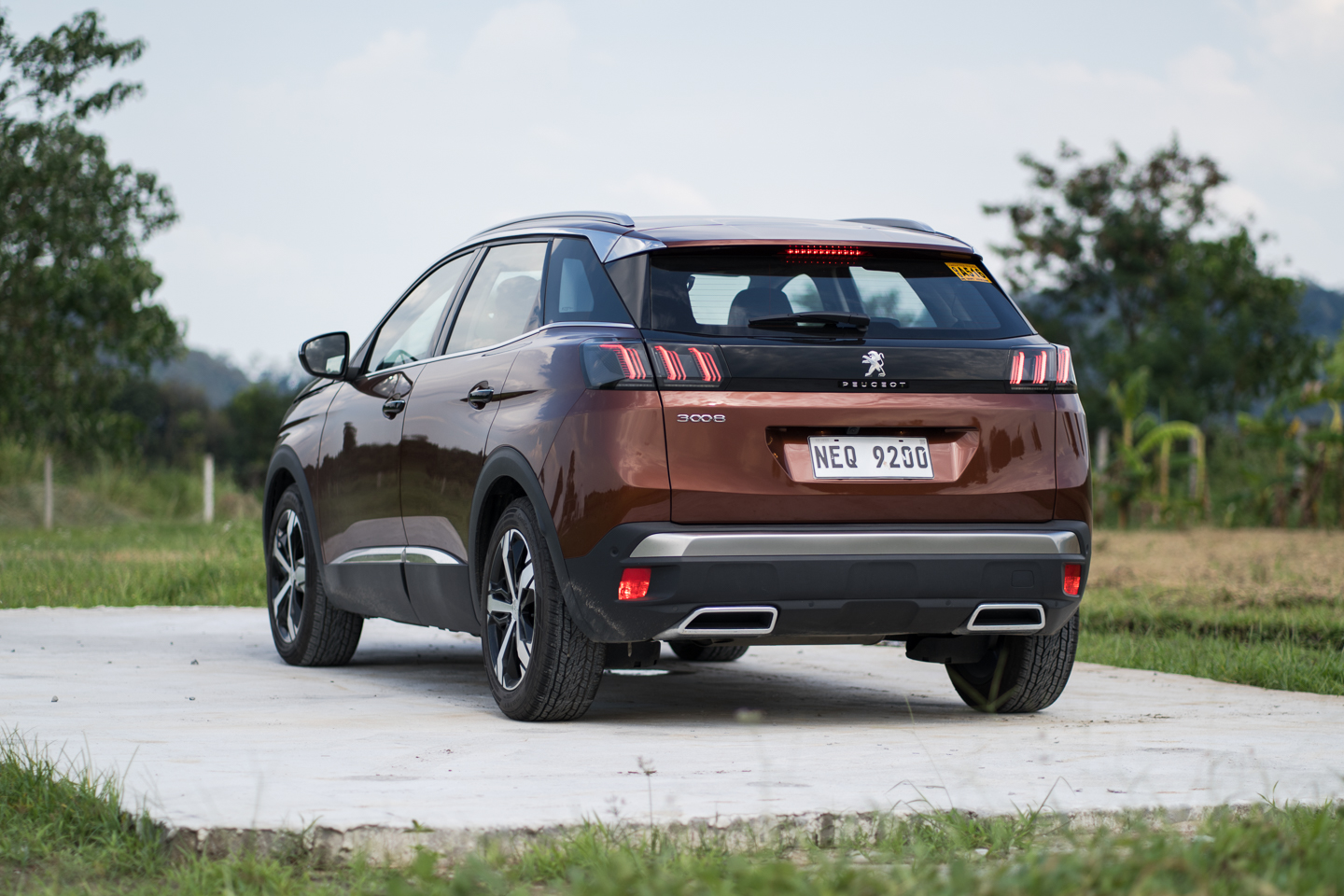 It has so much character and personality, dare I say the 3008 oozes flair and class. Design-wise it has LED fang-like headlights that flank the frameless grille, at the side are the Los Angeles Styled alloy wheels with character lines and tasteful chrome accents. The rear meanwhile has the 3D-like claw-designed taillights pay homage to the ‘Lion Brand’.

Looks-wise the 3008 is truly a winner, it certainly makes you stand out and on every occasion will elicit head turns wherever 3008 is. If the exterior alone isn’t enough to leave you drooling, then the interior could help out with that. Peugeot made the interior the perfect example of style and substance. 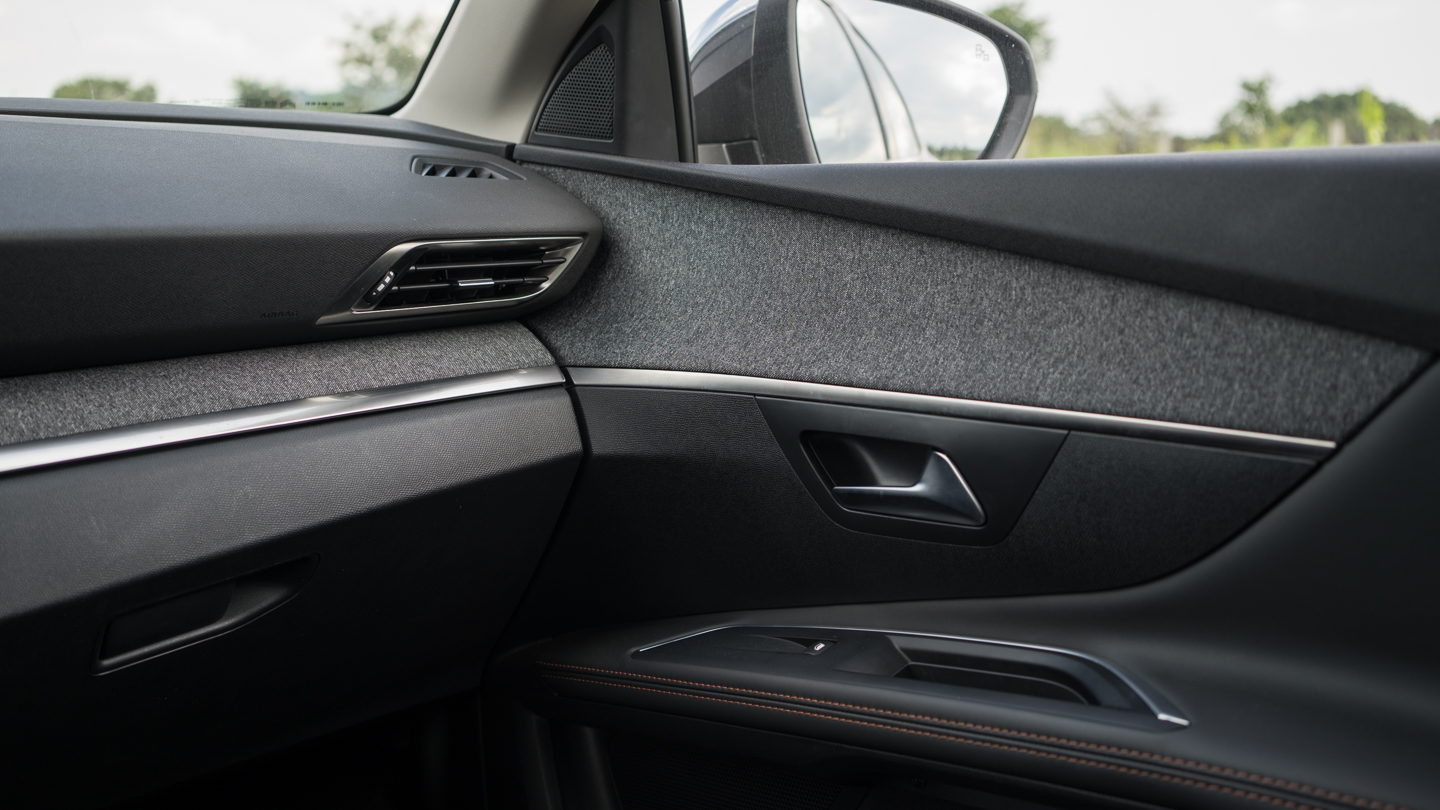 Another great interior feature is the Peugeot i-Cockpit system, which sounds like marketing speak but it’s not, it actually works well. The i-Cockpit basically is how the whole interior is based around what the driver needs. 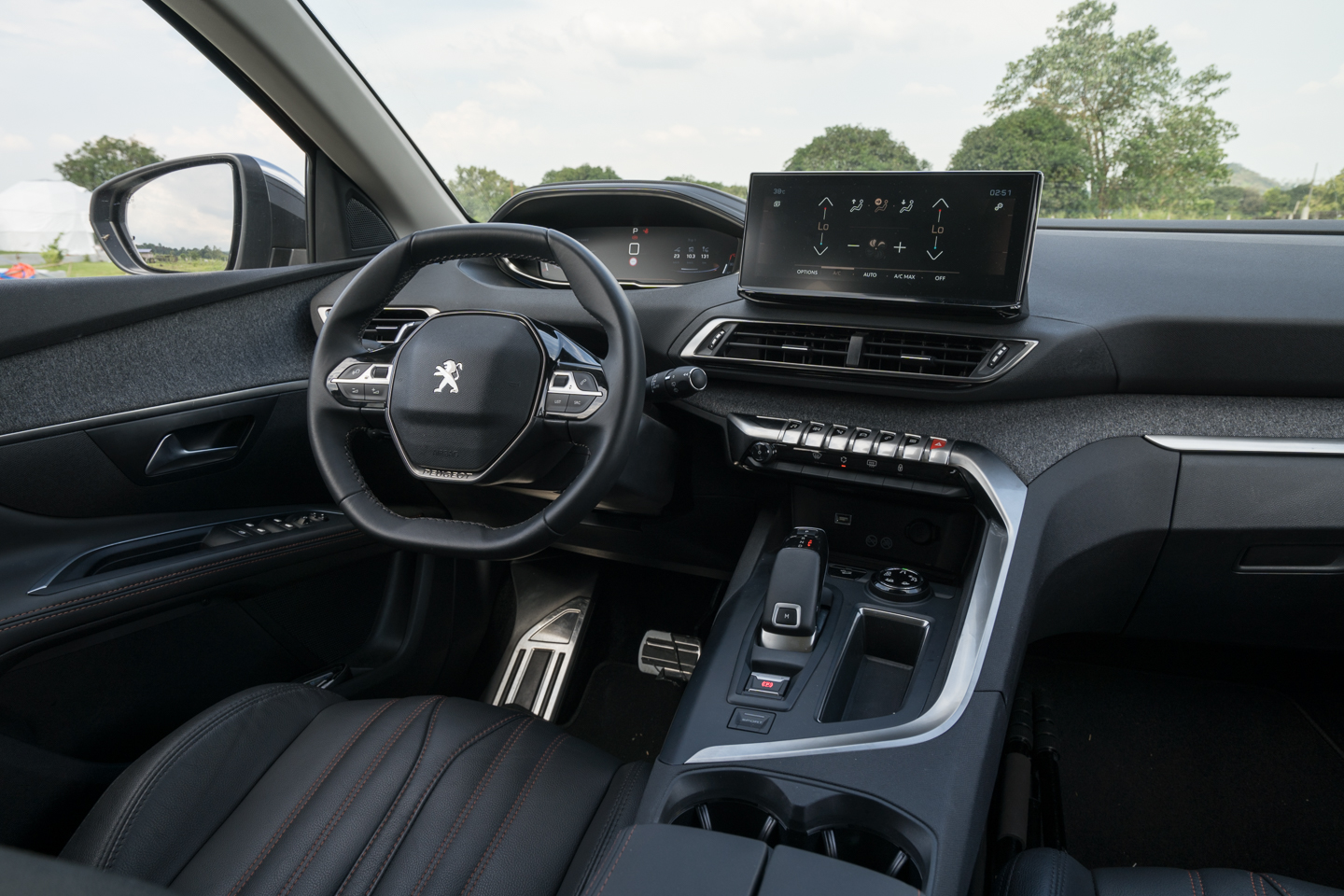 First up is the customizable 12.3-inch digital gauge cluster that’s fully customizable to what the driver wants to see about the car, next up is the 10-inch infotainment screen that of course has Apple Carplay and Android Auto. The steering is also a treat, because of its shape and size, which aids maneuverability and overall feel. Lastly, the front dashboard and controls are slightly angled toward the driver to ensure everything is at arm’s reach. Overall, from an aesthetic point of view, the Peugeot 3008 is exactly what you expect from a French automaker, stylish in every single way. Under the hood of the Peugeot 3008 SUV is a 1.6-liter turbocharged gasoline unit that eeks out 165hp and 240Nm of torque. It’s paired with a 6-speed automatic transmission.

So how does it perform then? So besides looking the part, the greatest thing about the Peugeot 3008 is the way it drives. I kid you not when I say that it’s one of the best driving cars in the market not just its class.

The steering is one of the best tuned, it has feel, lightness, and directness which are the hallmarks of sportier vehicles, yet can be found in the 3008. Its ride is also spot on, it manages to be firm enough so as to not feel “floppy” around the bends, but comfortable enough so as to not need a trip to the chiropractor after a drive. 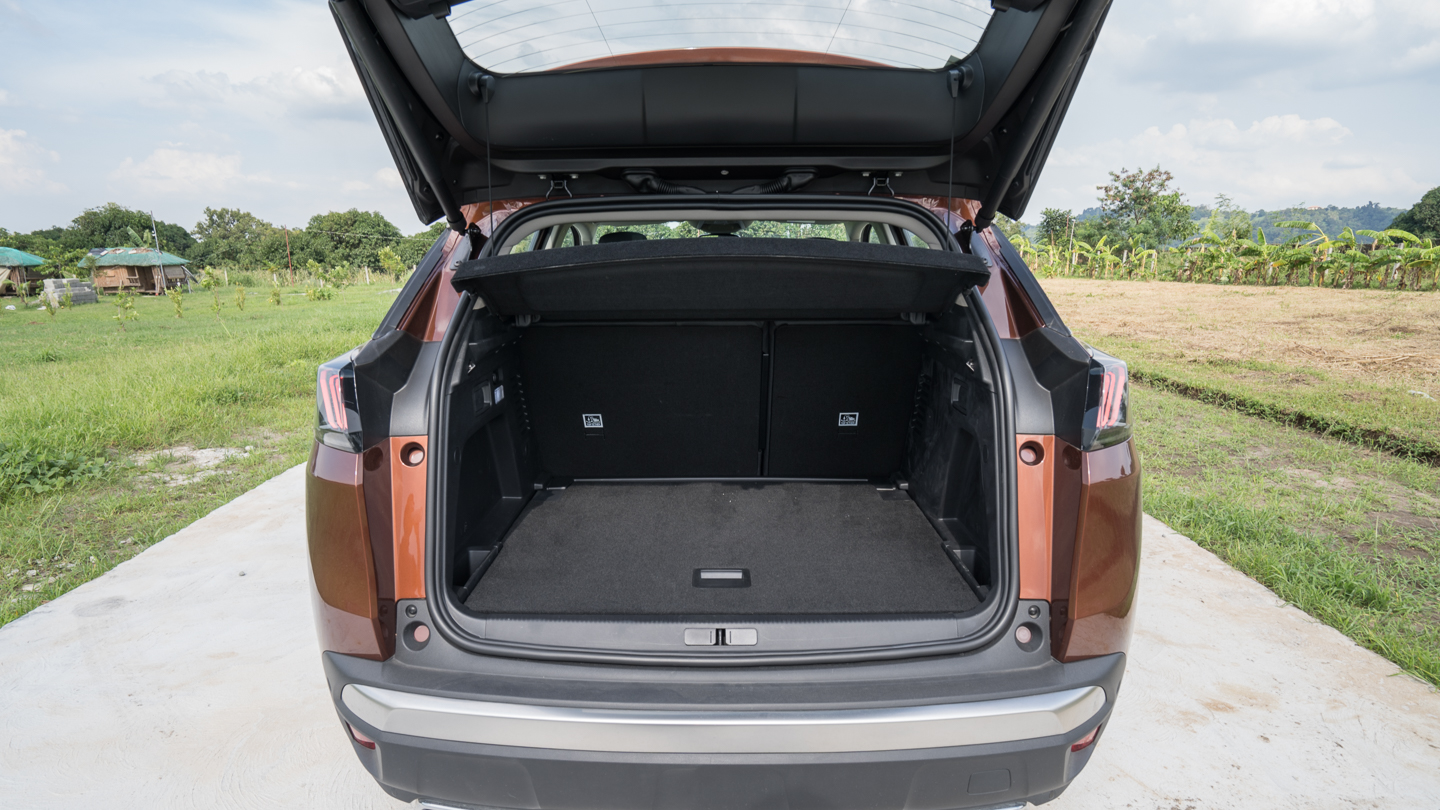 In terms of power, I was skeptical at first because of the seemingly paltry 165hp. That may not sound small, but do remember that it has to tow a huge and heavy body with passengers and luggage, I was not expecting much until I blipped it into sport mode.

After activating the sport mode, the 3008 immediately changes its behavior. First, the gauge and infotainment turn red and the car immediately downshifts as if it’s telling you “I’m ready to go”. By God, does it go, the power surge is quite brutal and can shove you back into your seat, and the engine noise was actually quite sporty.

The ADAS system also works really well, it manages to make itself known without being as intrusive as all those spam texts being sent recently.

if you’re the type of person who enjoys driving, the 3008 delivers and then some. If you noticed I didn’t mention fuel economy, don’t get me wrong it’s frugal, in the city, it manages 9.0 km/l, and on the highway, I got up as high as 16.9 km/l. I have to point out though that if it had a more modern transmission, a CVT or a DCT it would be more fuel efficient, I just feel the transmission let down the engine’s true fuel efficiency potential.

Finally, the price which we’ll get to. The Peugeot 3008 retails for PHP 2,210,000 which is a boatload of money, I get that it’s supposed to be a luxury offering (which it is) but it would have been more desirable if it was a damn slight more affordable.

I’m not saying that the 3008 is a bad car, far from it. I love everything about it and what it represents, but my ‘infatuation’ is sort of spoiled by the cost.

However, if you’re the type of person who can afford it, and prioritizes style and substance without compromise, then the Peugeot 3008 checks all the right boxes, you would not regret buying a 3008 at all.