How expensive do you think motorcycles can get? You probably think that PHP 800,000 Harley Davidson that’s been ripping the streets of your quiet neighborhood is pricey enough—Well, you’re right and wrong at the same time. 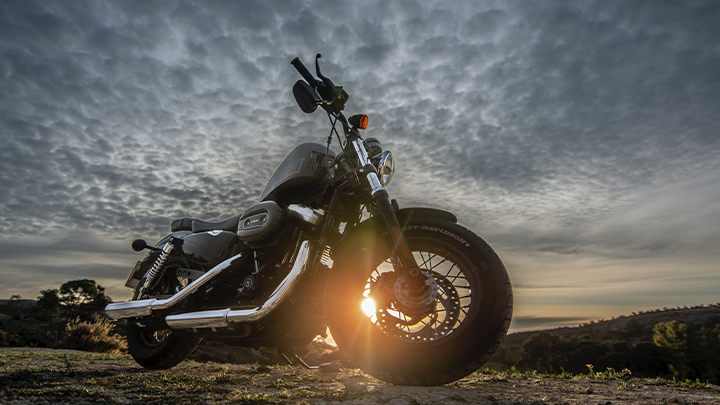 Even with that jaw-dropping six-digit price tag, there are still a lot of models out there that would put that Harley’s price tag to shame. Upon rounding these sweet babies up, we realized that there are so many concept bikes out there that aren’t even up for sale to the public, which is no fun at all!

From familiar Japanese moto brands to limited-edition bike manufacturers, here is a quick rundown of the most expensive motorcycles produced around the world today that your money can (or can’t) buy: 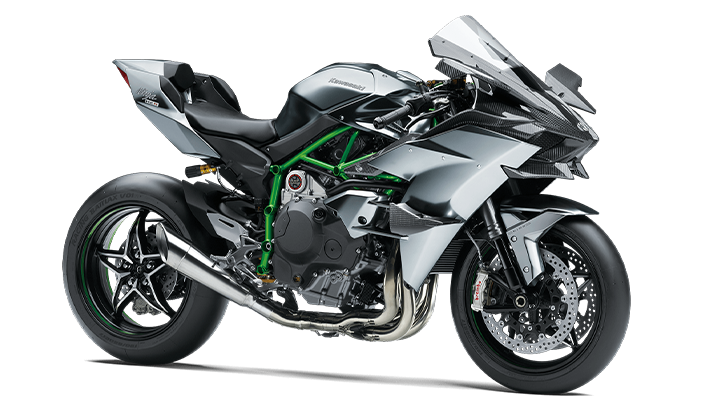 Touted as the fastest production bike to date, the Kawasaki Ninja H2R is surprisingly going to be the cheapest one on the list at PHP 2.8 million ($ 55,000).

Packed with a supercharged, 998cc inline-4 DOHC engine, this beast can hit 0-100 kph in just 2.6 seconds and has a crazy top speed of 380 km/h, although they do have a video on YouTube of the H2R hitting the record-breaking 400 km/h mark in 26 seconds.

The Kawasaki H2R is not a road-legal bike and is meant to be only used on the track. The Kawasaki H2, on the other hand, is their (‘slightly less’ dangerous) street-ready variant, which goes for around half the price of the H2R. 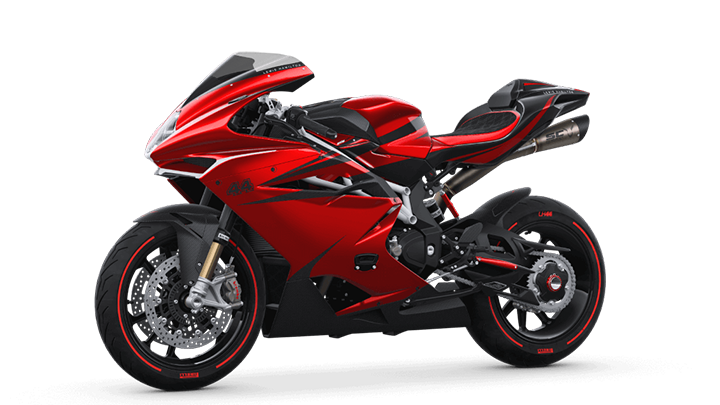 The legendary Italian superbike manufacturer joins in on the list of the most expensive motorbikes currently available. The F4 LH44 is the priciest MV Agusta bike you can get, which only makes sense with its 998cc, horizontal inline engine that busts out a whopping 212 horsepower off the bat.

Named after the Formula1 champion Lewis Hamilton (who was also involved in designing the machine), the LH44 is based on the F4 RC model with a bright red color scheme, a titanium exhaust, and fitted with Pirelli tires. The “44” also represents the legend’s race number as well as the number of models that were produced by the factory, which makes it quite limited. As if Keanu Reeves wasn’t already cool enough, the Matrix slash John Wick legend also has a thing for motorbikes. Established in 2011, ARCH Motorcycles is a new competitor in the motorcycle industry, but despite their early stages, they have already received an excellent reputation from the public.

The KRGT-1 (the Keanu Reeves GT-1, haha) is one of the pioneering models of the manufacturer. Coincidentally, it’s also their most expensive model at PHP 3.96 million ($78,000).

Powered by an S&S 124ci (2,032cc) V-Twin engine paired with a distinctive, aggressive profile, this performance cruiser will surely blow anyone out of the water. Although there isn’t enough data to show you how fast this baby can go, they claim that this machine has 120bhp and has a crazy-high torque, which isn’t surprising considering where it’s made. Check out the bike in action over here. 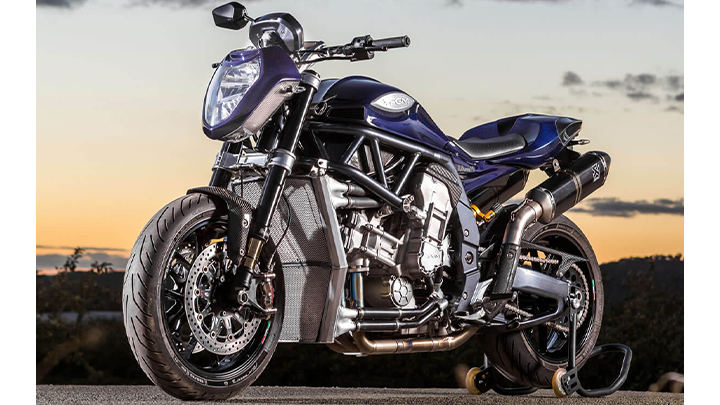 In the world of motorcycles, liter-bikes are considered as thecrème de la crème of two-wheelers. And it’s not a surprising thought since these multi-cylinder screamers can zip past you in the blink of an eye. The Yamaha R1 is an excellent example of one of those beasts, but what happens if you put two R1 engines together and have the whole shebang designed by an Australian manufacturer?

The PGM 2.0 Liter V8 is precisely that. Squeezing in double the power of the Japanese bike’s inline-four engine, this thing is claimed as the most powerful production bike to date. With a total power output of 334 horsepower and 214Nm of torque, this 1,966cc can rev up to 12,800 rpm and has a top speed of 330km/h. Paired with Akaopovic’s custom-built titanium exhaust pipes, a carbon-fiber body and a weight of only 242 kilograms, this double-liter monster is one twist away from shredding the tracks. 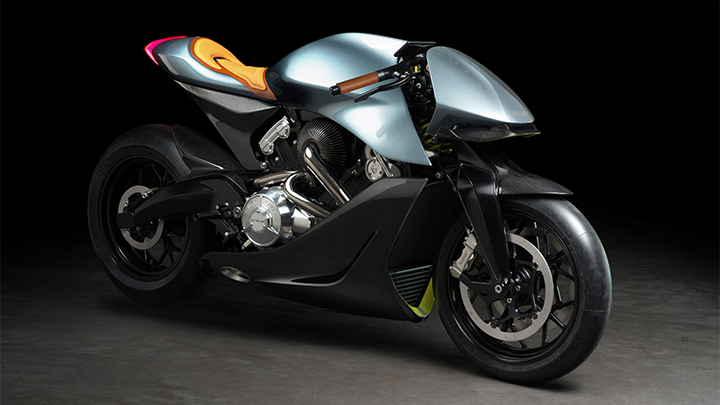 An Aston Martin motorbike? Yep, you heard that right. The luxury car manufacturer has tied up with 100-year-old motorcycle maker Brough Superior to create arguably one of the most elegant sports bikes ever designed.

Limited to only 100 models, The AMB 001 is a ‘track-only’ hyperbike that features a turbocharged 997cc DOHC 8-Valve V-twin engine, a double-wishbone front fork assembly and a body made entirely out of carbon fiber; making it one elegant looking beast.

To top it all off, these models will all be hand-assembled in the Brough Superior factory in Toulouse France and will be fully customizable, from the livery of the bikes to the tips of the exhaust pipes, so you know just how ‘exclusive’ this bike is. 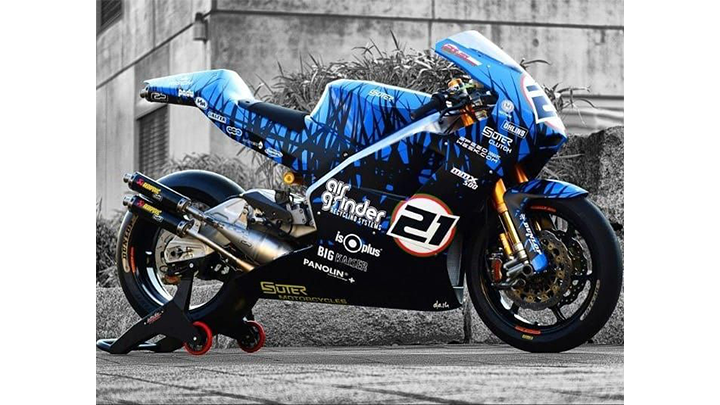 This one is for all you two-stroke lovers out there. The Suter MMX500 is a limited edition (99 models only) motorcycle and is the only bike on this list with a two-stroke engine.

For those of you who aren’t aware, two-stroke engines are powerful machines that once ruled the roads of the MotoGP world. But due to emission and health concerns, four-stroke engines eventually took their place.

See also  Starting June 14 a "No Card, No Ride" Policy will be implemented on Bus Route 14; Only TRIPKO cards will be valid

As an enthusiast, seeing a manufacturer create a four-cylinder V4 500cc two-stroker is kind of a big deal, mainly because it has never been done before. They even raced it against modern four-stroke variants in the legendary Isle of Man TT and held up quite well, having a top speed of 300+ km/h (seriously, watch it on YouTube if you can).

If you manage to get your hands on one of these bad boys, just make sure to remember to put some 2T oil! 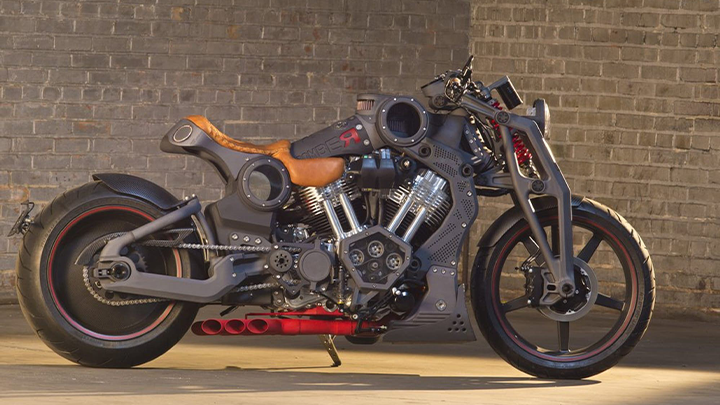 We don’t know whether to call this one a motorcycle or a mad-max pocket rocket; But in any case, the Confederate FA-13 Combat Bomber is easily one of the most bad-ass looking bikes out there. On top of that, it’s also one of the most expensive two-wheelers your money can buy.

Confederate is a relatively new motorcycle manufacturer in the industry that is well known for creating some of the most bizarre, yet beautifully crafted machines that are designed to resemble and pay homage to the legendary warplanes of the century. Not only does this machine look like it’s ready to gun you down from the skies, but the FA-13 Combat Bomber’s body is also built entirely out of 6061 aerospace billet aluminum blocks – the same high-grade material found in a lot of aircraft structures which helps keep things light yet sturdy as hell. 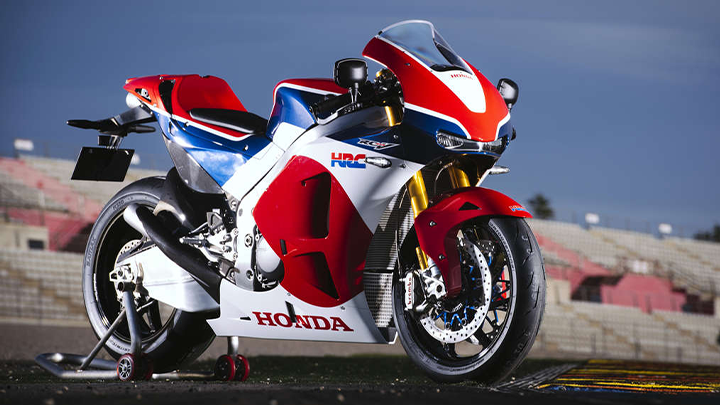 “You find the friendliest people on a Honda.”

Remember that revolutionary line? While the Japanese motorcycle company is known for its user-friendly looking two-wheelers (especially in Southeast Asia), that doesn’t mean that they don’t produce some of the meanest machines the world has ever seen.

The Honda RC312V-S was originally a MotoGP bike that’s powered by a 1,000cc, DOHC V4 engine that has won a multitude of races (Thanks, Marc). But due to its sheer popularity, Honda created a street-legal replica of the beast, which is equally as good as it’s MotoGP variant, unleashing a max power of 212 horses and an estimated top speed of over 322km/h (200+mph). Before you get started, we don’t know what to make of this either. It’s mostly a four-wheeled motorcycle, but we can’t help but imagine it as a squished-up SUV from time to time. In any case, we just had to have it on our list.

The Ludovic Lazareth LM847 is easily the most unique looking machine from the list (next to the Confederate FA-13) with an out of this world 4.7L V8 engine by Masseratti, making it the highest displacement machine in this article as well, giving out 470 horses of raw power.

Equipped with a single-speed transmission, this monster is a twist away from shredding the streets. If this bike looks a tad-bit familiar to you, it’s probably because you’re thinking of the Dodge Tomahawk, which the Lazareth ultimately takes its inspiration from.

The downsides of this motorcycle (can we even call it that?) is that it’s mostly all for show as it only has a top speed of about 150 km/h—We doubt this one’s going to be a comfortable ride either.

Nonetheless, if you’re into splurging on ridiculous things, then this fits the bill with a friendly price tag of about PHP 11 million ($ 215,000). If you’ve reached this far and still haven’t scratched your head over these prices, maybe this one will.

If you haven’t heard of this company before, the Louisiana based Marine Turbine Technologies (MTT) were the ones responsible for creating the legendary Y2K. A monster yet divine-looking two-wheeler that had a 250-C18 turboshaft Rolls Royce engine, capable of outrunning a Bugatti Veyron (yes, they did that).

As if it wasn’t already enough, MTT’s 420RR (Race Ready) takes after the Y2K, but this time it’s got a much more powerful two-speed, Rolls-Royce Allison 250-C20 Series Gas Turbine helicopter engine mounted on its chassis. It produces a power output of 420 horses and 810Nm of torque, which is impressive considering that its predecessor was already kicking with 320 horsepower.

Upon checking their website, we couldn’t find the official price of the turbine-powered motorcycle. However, with a little searching, we found out that the hyperbike’s price floats around the $250,000 mark (PHP 12.6 million), which places the MTT 420RR as the most expensive production motorbike on the list. 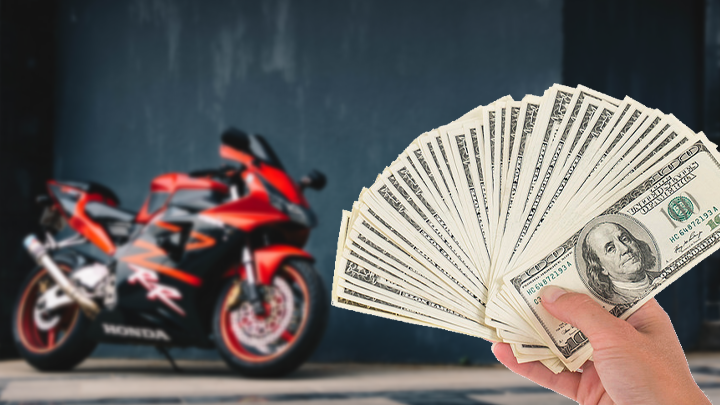 And that’s a wrap! With so many custom bespoke motorcycles around the world, it’s almost impossible to round them all up. While nobody will certainly stop you from buying one of these, your wallet might. For the majority of us, having the money to own any of these pocket rockets is still nothing but a far-fetched fantasy.

However, the fact that these bikes exist and are up for sale only proves that no matter how ridiculous the cost is, there will always be an enthusiast, a collector, or maybe even just a filthy-rich client, who is more than willing to spend their buck for these adrenaline-pumping machines. Until then, I guess we’ll just be riding them in our dreams.