There seems to be no respite for the continued fuel price rise. Every drop counts and nowadays it is all about fuel-saving tips and tricks to get the most out of every top-up. But do typical Pinoy and Pinay practices really help in conserving fuel? Here are 5 of the most common things we do and our answers as to whether they are fact or fiction. 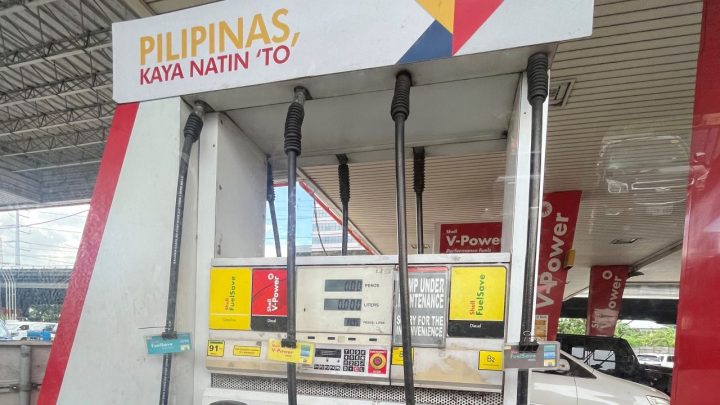 Gassing up when it’s colder gets you “denser” fuel

This is a very common myth, and it seems to be even more of a common practice. A lot will argue that this belief is backed by physics, and you can’t argue with that. But the fact of the matter is that all the fuel that comes out of the pumps is stored underground. The ambient temperature on “the surface” may affect what’s already out in the open. In the case of gasoline stations and their pumps, their underground tanks remain at a pretty constant temperature throughout the day.

That said, from the storage tank to the fuel tank, you don’t get any more fuel than if you top up at high noon. Unless you’re pumping gas straight out of a delivery tanker that’s been soaking under the sun, then fuel-saving is not necessarily time-dependent.

Warm up the engine before driving off

The engine must be at its optimal operating temperature before it runs, so it uses less fuel. Yes and no. The optimal temperature is exactly what it is: an optimum temperature range within which the engine may run at its best, so yes. But this is for your engine’s lubrication more than for fuel-saving, really, so no.

With today’s modern engines, fuel injection is now controlled by computers and they are designed to deliver the best amount of fuel depending on temperatures and engine loads. Sure if all parameters are optimal, everything runs more efficiently. But idling isn’t really a 0-liter-consumption situation. If you keep your engine idling long enough or worse, you keep mashing the accelerator to warm your engine up, then you’re losing more fuel than saving.

Basically, the higher the octane rating, the more expensive the price at the pumps. But does that automatically equate to fuel-saving? Not necessarily.

Every car’s engine is engineered to run optimally with specific fuel octane ratings. You’d be surprised that by leafing through owners’ manuals, some are fine with 95 and even with just 93. The “high performance” fuels like – during our time – Velocity, have a higher octane rating but really, it was meant for high-performance and/or forced-induction motors that need a more consistent burn to run well.

A normal daily-driven vehicle will be just fine with whatever fuel octane rating that the manual states, and that’s enough reason to not make higher-priced fuel variants the end-all-be-all option.

“Automatic lang po o sagad?” is proof enough that this is a very common practice here in the Philippines. Fuel-saving, apparently, includes getting literally every drop of fuel into your tank, but we all know this isn’t necessarily true.

See, modern vehicles are now equipped with what’s called a fuel evaporation canister. Its main function is to “trap” vapors escaping from the fuel tank and to recirculate the said vapors back into the engine for use via proper “burning”. Over-filling is the main cause for this part to break down mainly because there is more liquid than vapor, and all that fuel seeps into the canister, which is, again, meant to trap vapor and not liquid. Oh, and it’s not a cheap thing to fix, too.

The nozzles were designed with that function for a reason. Trust the process, trust the automatic trigger. This practice is not tantamount to fuel-saving.

Shaking and rocking your vehicle

This is in line with filling up beyond automatic. We’re pretty sure that all of us have seen a vehicle owner or driver push the car and shake it ’til kingdom come after the fuel pump nozzle has stopped. After satisfactory shaking and rocking, they then proceed to ask the pump attendant to put more fuel in.

See also  WATCH: 7 Things we like about the Suzuki XL7

The rationale is that the shaking gets rid of the bubbles or air pockets in the tank that are responsible for the nozzle turning off too early and not getting a “real” full tank. In relation to the 4th item in the list, this is not proper fuel-saving practice. When the nozzle stops pumping, that’s it, your fuel tank is full. These tanks are meant to have enough space for both air and fuel in them, and filling them to the brim may cause nothing more than spillage and in the worst cases, fire.

Again, trust the nozzle, trust the machines, trust the process. Besides, your suspension doesn’t need to suffer that kind of untoward, vigorous movement. And there we have it, fuel-saving practices that a lot of us have seen and maybe do ourselves, but do not equate to saving fuel. If you want more practical tips on fuel-saving, you can refer to our article right here. And oh, today’s another fuel price hike day. Have you filled your tank already? If you did, hopefully, you won’t be guilty of these debunked myths anymore.