The MPV market in the Philippines is a highly contested segment with the likes of the Xpander, Veloz, BR-V, and Ertiga jostling for the top spot, it’s time for a new challenger. Meet the 2022 Hyundai Stargazer, the Korean fighter who might be up to the task. Many teasers have made their way to the internet and with its official release in Indonesia, we get a good look at the “mini” Staria from Korea.

Hyundai Stargazer will firmly shake up the MPV market

The 7-seater MPV market is competitive, to say the least. A lot of manufacturers already have a solid foothold in the segment but Hyundai wants to join the fray with their own fighter, the Stargazer. The Hyundai Pasig dealership already released a lot of teasers of the entire vehicle lineup bound for the PH, and this was one of them. With its release in Indonesia last week, it may only be a matter of time before it reaches us.

But what’s the Stargazer packing? 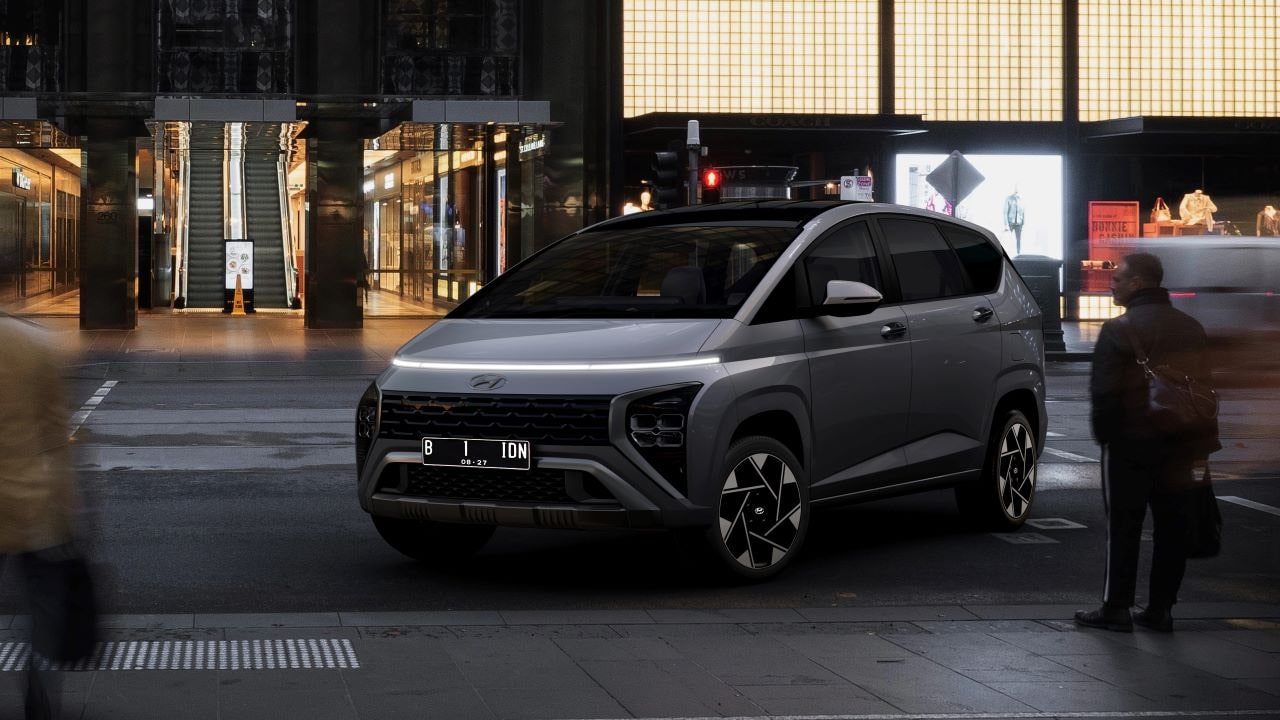 First of all, it looks a lot like its bigger van sibling the Staria. Its front end is dominated by a thin LED strip – presumably DRLs – running its entire width. Blacked-out upper and lower grills take the center but the real wonders here are the headlight units. Tell us that it doesn’t remind you of one of its top competitors, the Xpander, will you? No? Okay.

The side profile looks similar to Xpander, too, right down to the angled rear shoulder line. Even the fenders look almost the same. We can’t deny the uncanny similarity, but we’re pretty sure the same bits and bobs end there. The rear, thankfully, is as unique as its front end. 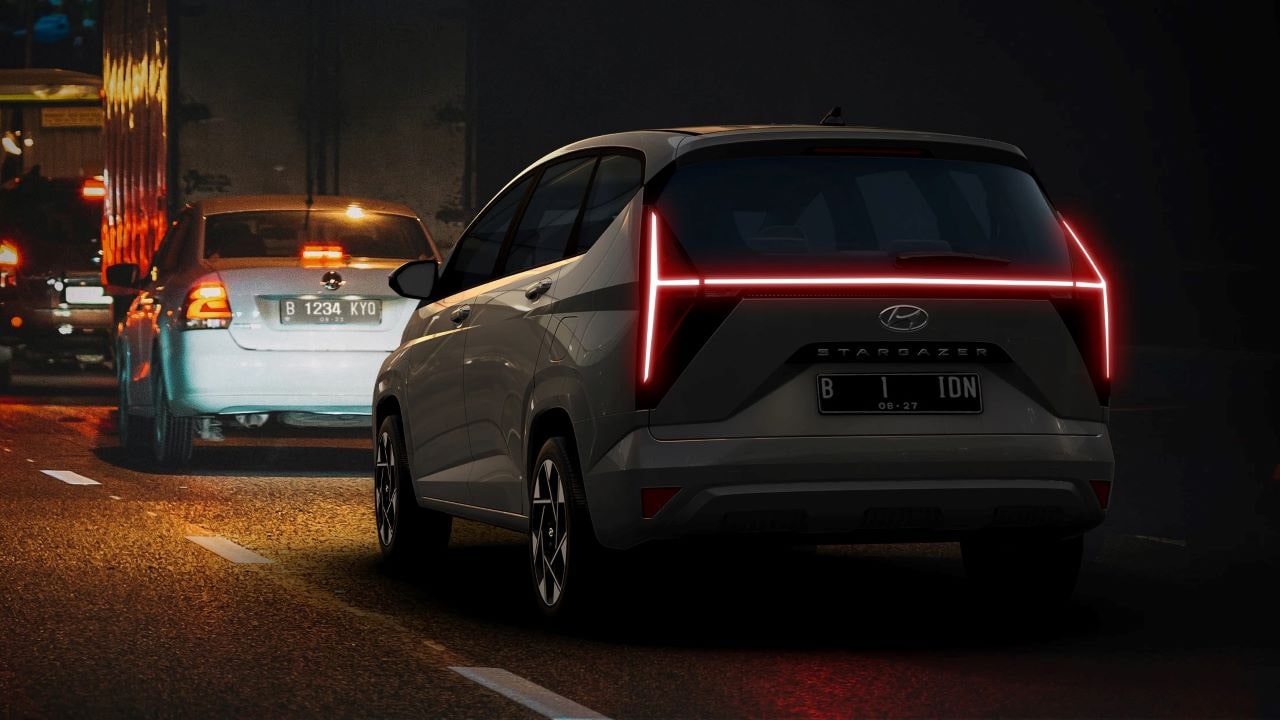 At the back, you’ll see the same LED strip that neatly incorporates itself into the thin, vertical taillights. Oh, does it resemble the letter “H”? Nifty trick there, Hyundai! The tailgate also looks pretty bulky, muscular if you will. It’s properly tamed by what looks to be a down-swept wing on top and a rather sporty-looking rear bumper design.

Inside is where the Stargazer differs from its competition. You get captain seats up front, and they opted to fit the same in the middle row. Yes, there isn’t a bench for three when you open the back doors. Normally this configuration is reserved for premium vehicles or vans, even, but that means getting in and out of the 3rd row is easier with the Stargazer. The 3rd row being mentioned, it looks bigger than the usual MPVs’, but we’ll hold our horses until we actually see it. And oh, we’ll talk about these seats more later on. 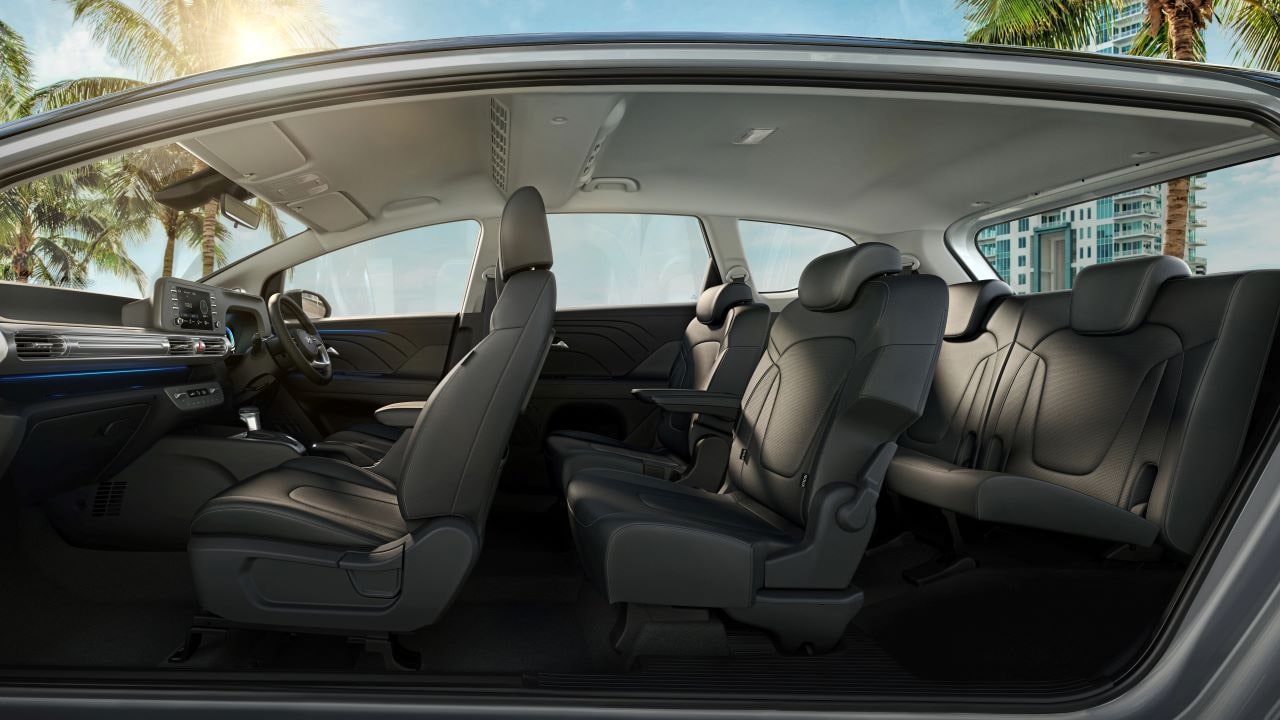 You’ll also see what looks like aluminum or brushed metal accents on the dashboard, with a decent-sized 8″ infotainment screen, while the door cards look like a combination of plastic and leather; complete with cabin/mood light strips. The Stargazer also comes with a lot of creature comforts like pockets, cupholders, and seatback trays, all a part of what Hyundai calls Multifunctional Storage Space.

Other tech features include a 4.2-inch digital gauge cluster, a wireless phone charging pad, USB ports around the cabin, and even a 12V socket. For safety, Hyundai equipped the Stargazer with its SmartSense intelligent safety system. That includes different driver aids like lane-keep assist, forward collision avoidance, blind spot assist, and rear cross-traffic alert, among others.

Before we move on to what’s under the hood, allow us to mention that Hyundai said that the Stargazer will be available in 6- or 7-seater options. What we see here is (likely) the 6-seater option, so how will the 7-seater variant look? We’re pretty curious, too, but we’ll have to wait for more official photos to come out.

With that out of the way, we can now say that Hyundai made no mention of what mill will power the Stargazer. It’s most likely going to be a petrol-powered engine, but we are hoping for hybrid options, too. It’s unlikely that it will come out with a diesel variant, but we’ll hold our breath until they come out with more exact information.

If looks alone can be used as a basis, the Stargazer is going to put up a good fight. If we add what we already know about its interior and tech, then that makes it an even stronger competitor. All that remains now are what variants we’ll get, what Hyundai Philippines will spec and equip as standard, and how much the Stargazer will be priced (officially).