It’s been a long time since we saw the Toyota Crown in local Toyota dealerships. While it continued being sold in Japan and other countries, we last saw it replaced in the Philippines by the Camry sometime in the early 2000s. The “King” of Toyota sedans is now in its 16th generation, and it’s not just a sedan anymore. In fact, there will be four different variations of this luxury line, and the crossover model will be the first to be released.

Yes, you’re seeing this right. The 16th generation Crown will still be – rather, have – a Sedan, but along with it comes the Sport (hatchback?), Estate (SUV?), and Crossover model which will be the first in the lineup to be launched. It won’t look like a conventional crossover, though. Based on the photos, it has more of a coupe or dare we say a fastback design, albeit taller than the regular sedan. You’ll get a closer look later on, but it doesn’t have a tailgate that’s “standard” with crossovers. 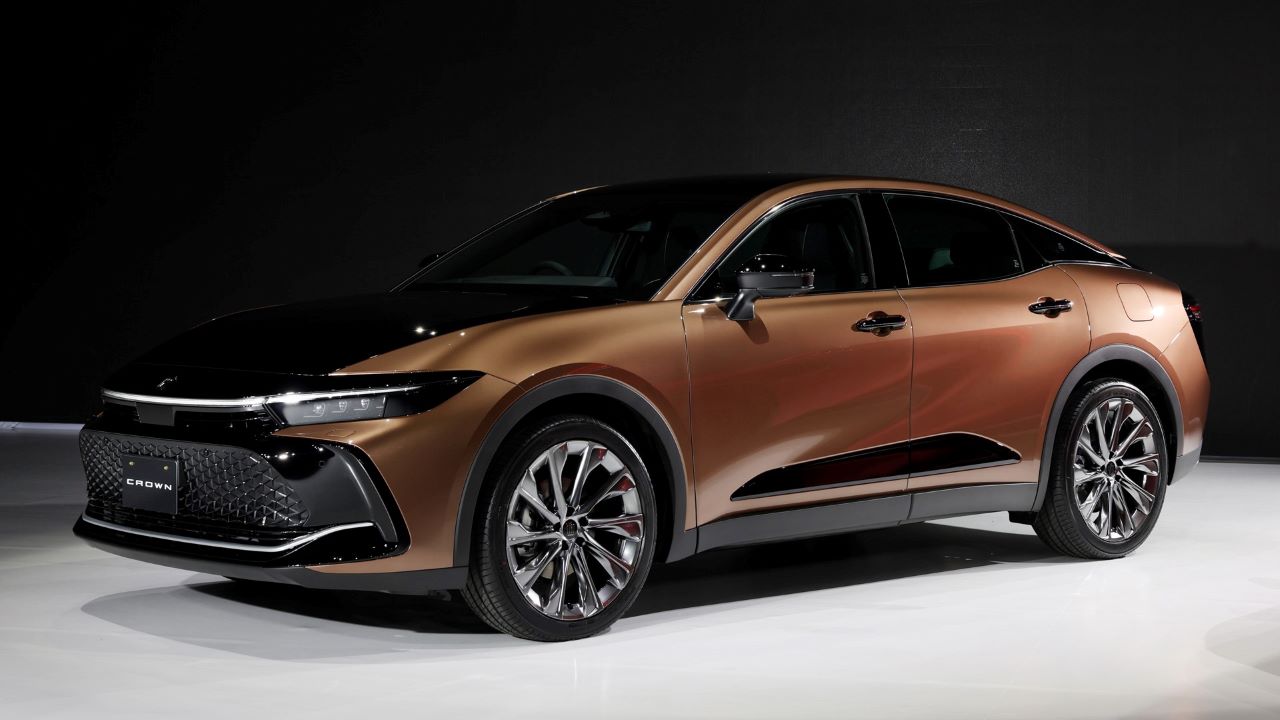 In the looks department, the front end comes with piano black/high-gloss pieces and a lot of it. From the headlight trim, the upper and lower grill frames, and even the huge honeycomb grill, the Crossover looks absolutely mean. Add what looks to be an LED bar that spans the front end’s entire width, and you now have a good deal of class to go with. In typical crossover fashion, it also gets wide side skirts, door garnishes/cladding, as well as blacked-out fender arches that add a lot of sportiness. All-around package? Oh yes! 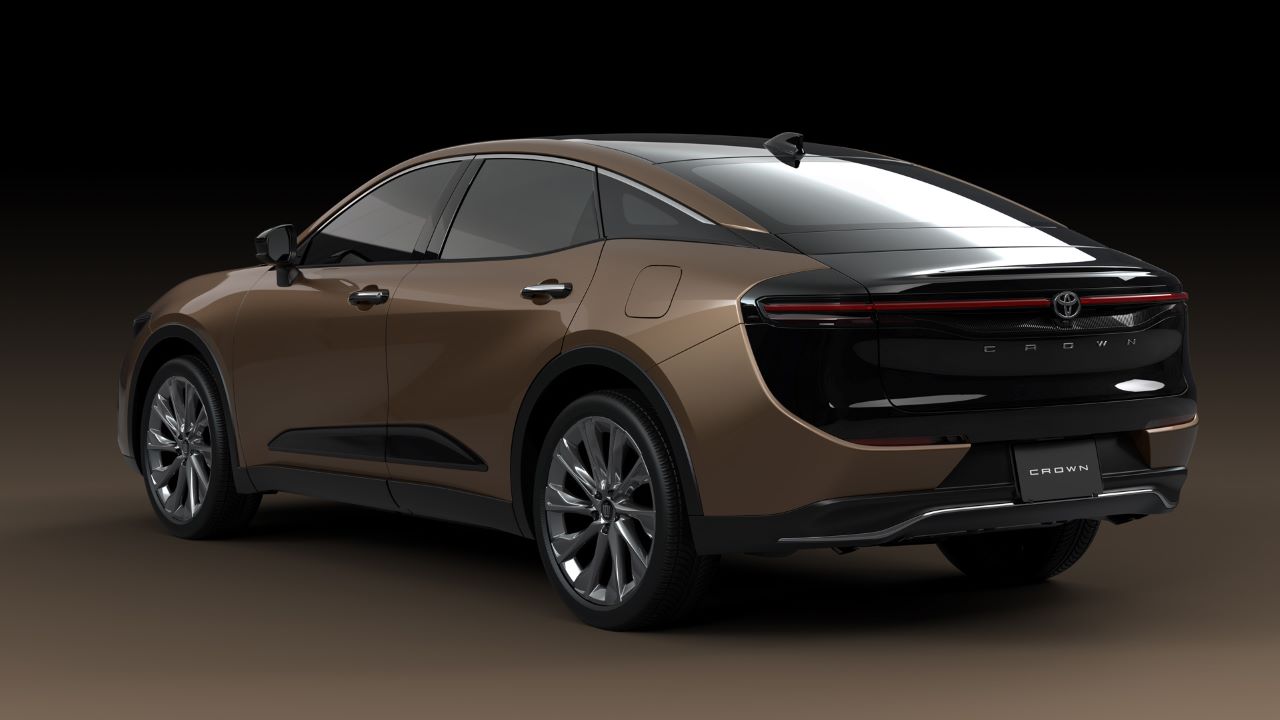 The rear gets the same high-gloss black scheme. Here you’ll see the no-tailgate-fastback-look of the Crown Crossover. You’ll also see a long LED bar that will house the taillights, plus the familiar Toyota badge with C-R-O-W-N spelled out in individual letters. The absence of a chin is more than made up for by the rear skirt and diffuser. It might be too much black for most people, but we think this is a bold direction in design and it does the badge justice. 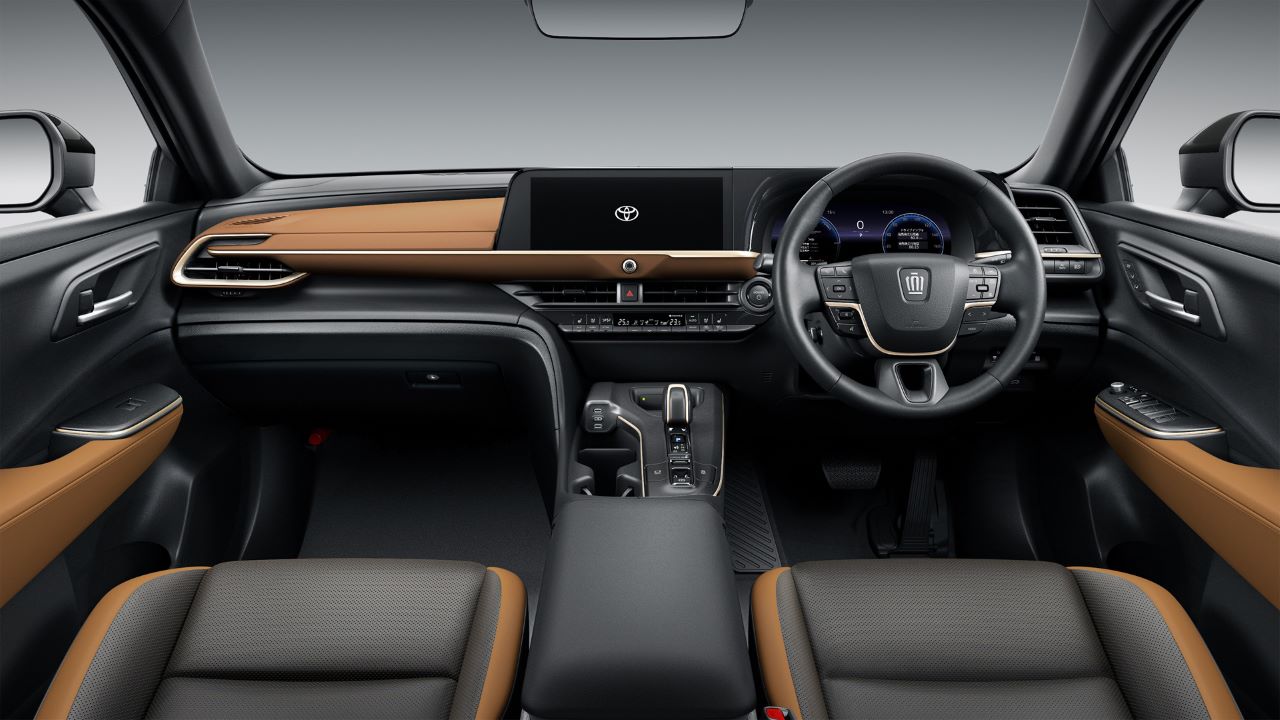 Inside, you’ll find an absolutely modern and redesigned dashboard. The motif takes tan and gray as the colors of choice, and you can’t go wrong with that combo if it’s a luxury color scheme you want. You also get a digital gauge cluster, a massive touchscreen infotainment system, a neatly designed shifter console, climate control toggle switches, and of course, the Crown logo smack in the middle of the horn button. Wow, we really miss that logo! 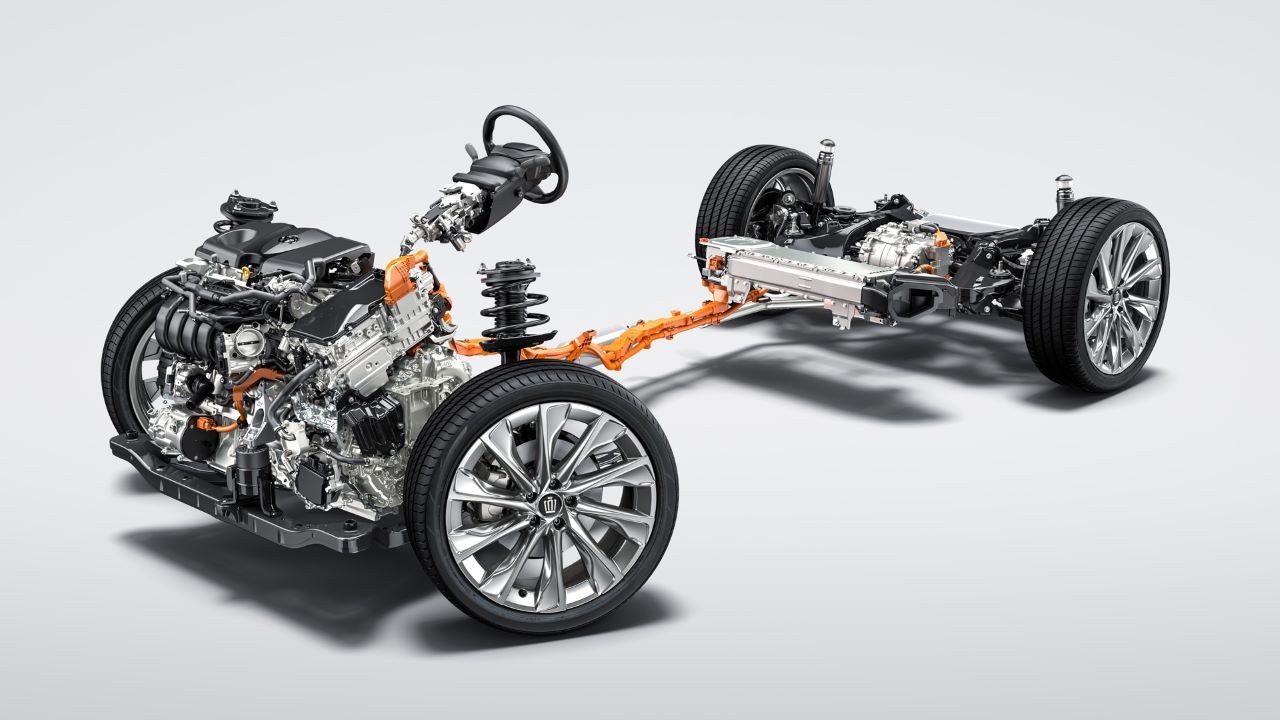 Two different power plants will be available for the Crown Crossover. First is a naturally-aspirated 2.5-liter hybrid engine. It will feature Toyota’s new bi-polar nickel-hydrogen battery pack which they claim provides “class-leading efficiency and quietness”. The second is a turbocharged 2.4-liter hybrid engine. The electric powertrain comes with Toyota’s latest iteration of their eAxle and a nickel-hydrogen battery pack. No power figures were released, but we’re pretty sure either will make for a fun and fast drive with the Crown. 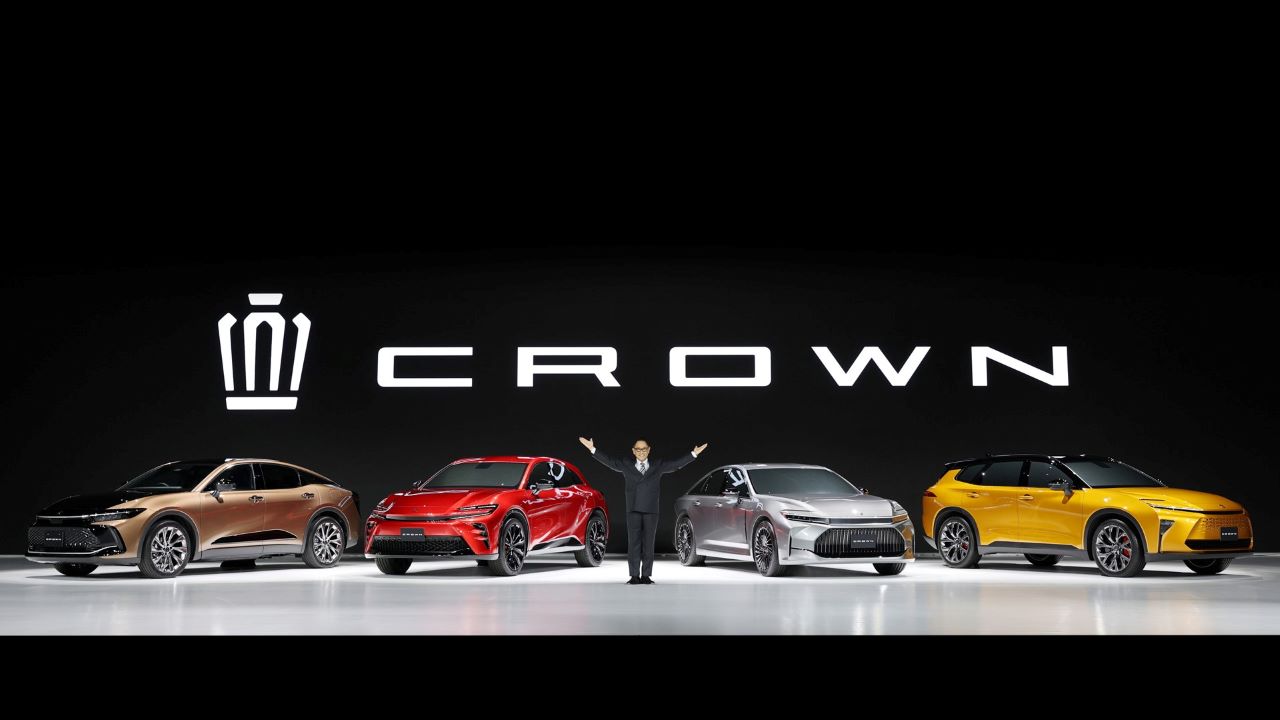 This is a very, very bold move from Toyota. To continue the revered Crown nameplate is a feat in itself, but to renew it with three additional variations or models is rather unprecedented. Plus the original Sedan taking a backseat to the Crossover, you’ll have to wonder what Toyota’s direction for the Crown is moving forward.

We’re just happy to see the name still living on. But what will make all of us a bunch of happier campers is if the Crown Crossover makes its way to the Philippines. That, or any of the Crown models for that matter. If the lolos and titos and daddy-os miss it, then maybe Toyota can make this new generation see what made the Crown deserve all its respect. And hype.