For those who have pending replacement license plates, we have some good news. The Land Transportation Office (LTO) has recently released a list of the plates that are already available for claiming.

This update, however, seems to only be for those who are simply changing their plates from the older green pairs to the modern white set. The plates will only be released to motor vehicle owners at the LTO office where they requested a replacement.

LTO has made it convenient for the public and you can search for the availability of your replacement license plate by clicking on this link, or by clicking here. 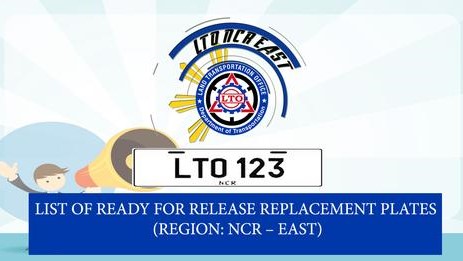 For a very long time now, there have been numerous issues with the release of vehicle license plates. There was even a time when various news outfits reported that plates from 2016 were made available in 2018 – that’s a two-year backlog. In an effort to expedite the production and subsequent release of plates, the LTO mobilized its own plate-making facility. Fast forward to today, and we still seem to have a good number of delays, though. Not as much, but it still is a problem for some.

Since then, a lot of new policies and updates have been rolled out by the LTO, including a new 5-year validity for vehicle registration. This doesn’t solve the mystery (and hassle) of not having actual license plates, though. They’ve also taken more recent global events into consideration and they’ve likewise granted extensions on when vehicle registration renewals may be filed. See, the LTO is still thinking of ways to ease the burden on the public’s shoulders.

Public dissemination of information such as this proves to be quite invaluable. Yes, we all know and have our opinions and thoughts on the LTO as a government agency, but what matters is that they think of, apply, and amend new methods as they go along. No one’s perfect, but doing things for the convenience of the people is a step in the right direction.

Voice Control on the Ford Fiesta