The Porsche 911 is one of the most iconic (if not the most iconic) and long-lasting sports cars of all time. It enjoys a healthy reputation for being the purest driving experience out there.

The 911 has had numerous variations and special editions over the decades but none have probably been as striking as the upcoming one. Porsche 911 for the sand dunes

Long ago, Porsche used to compete in the grueling Dakar rally, which is an intense rally that takes place over hundreds and hundreds of miles through some of the toughest terrains and conditions.

Fast forward to now and it seems the German automaker wants to celebrate and commemorate its previous participation by launching a special edition Porsche 911 Dakar. The Dakar is set to be revealed on November 16, 2022, at the Los Angeles Auto Show. 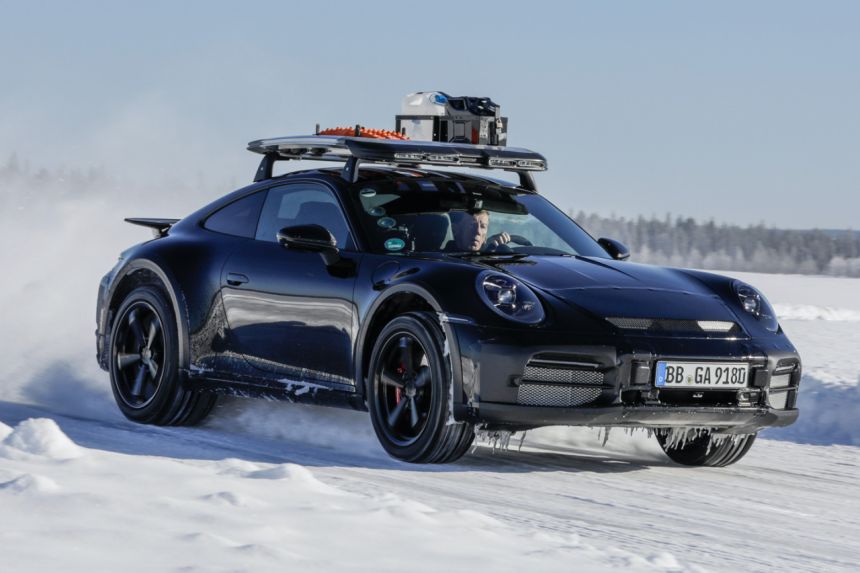 The original Dakar 911 that competed (and won) the 1984 Paris-Dakar rally was the first 911 that was fitted with an all-wheel drive system, which is now commonplace across the whole range of the Porsche 911.

The German manufacturer’s development team tested the 911 Dakar to the most extreme conditions, ranging from sub-zero temperatures in Sweden to the scorching hot Dubai and Moroccan desert, racking up more than 10,000 kilometers of off-road mileage.

No other details have been revealed just yet, but if you’re a fan of the 911 and already have the road-going versions, maybe take a look at the go-anywhere 911 Dakar.