Home - News - Left-hand drive 2023 Toyota Vios unveiled in Laos, and we hope it’s what we’ll get in PH
News

Left-hand drive 2023 Toyota Vios unveiled in Laos, and we hope it’s what we’ll get in PH

The 2023 Toyota Vios made its debut in Thailand about one month ago. The photos that we got a hold of prove one thing: the new model looks really good. But this time, we get something just a little bit better; and a little more relatable. After being launched in Laos, we now get a few more photos of the Vios – in a left-hand drive configuration. 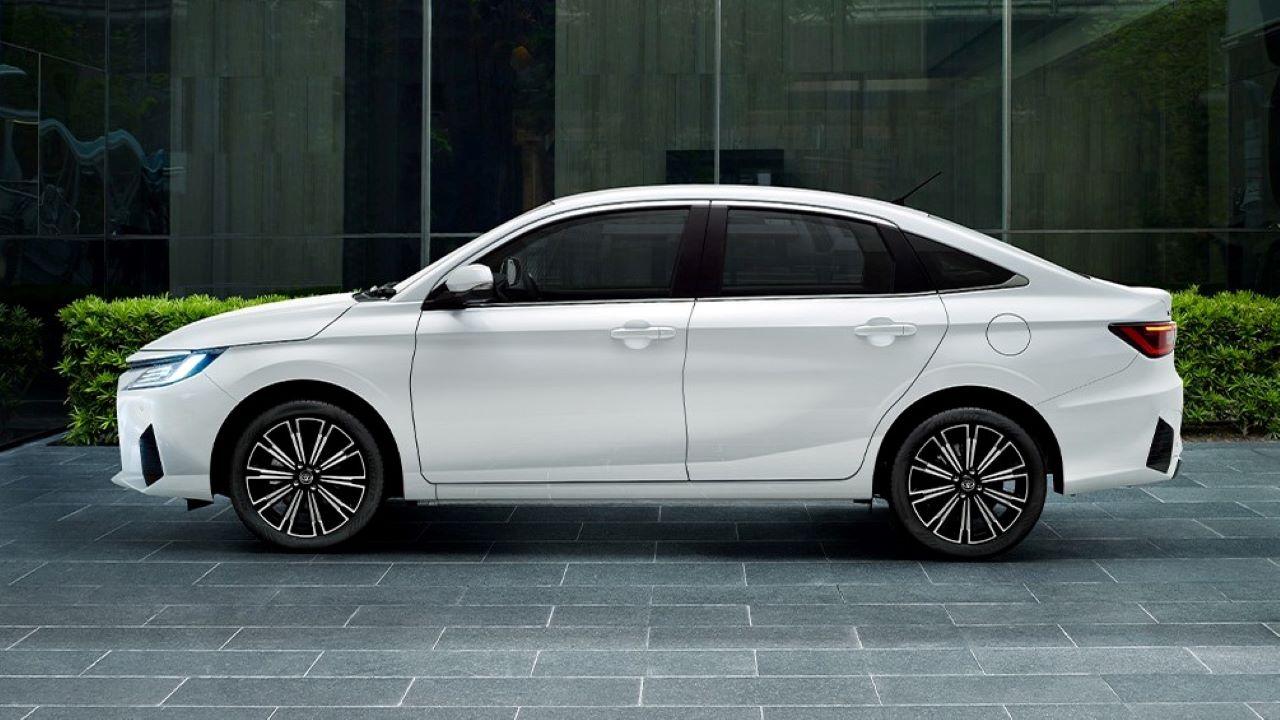 The first market to get the 2023 Vios is Thailand which is an RHD country. Quickly following suit is Laos who debuted the new model only a few days ago, making it the first to receive it in a left-hand drive configuration. The exterior largely remains the same based on the Thailand launch photos and the new ones we see in the Laos spaces.

The only subtle difference is the use of different-designed alloy wheels on the Laos model. The TH-spec Vios has a multi-spoke design, but with slanted spokes, whereas the Laos-spec has straight spokes. Both still have a two-tone finish and honestly, either looks good. 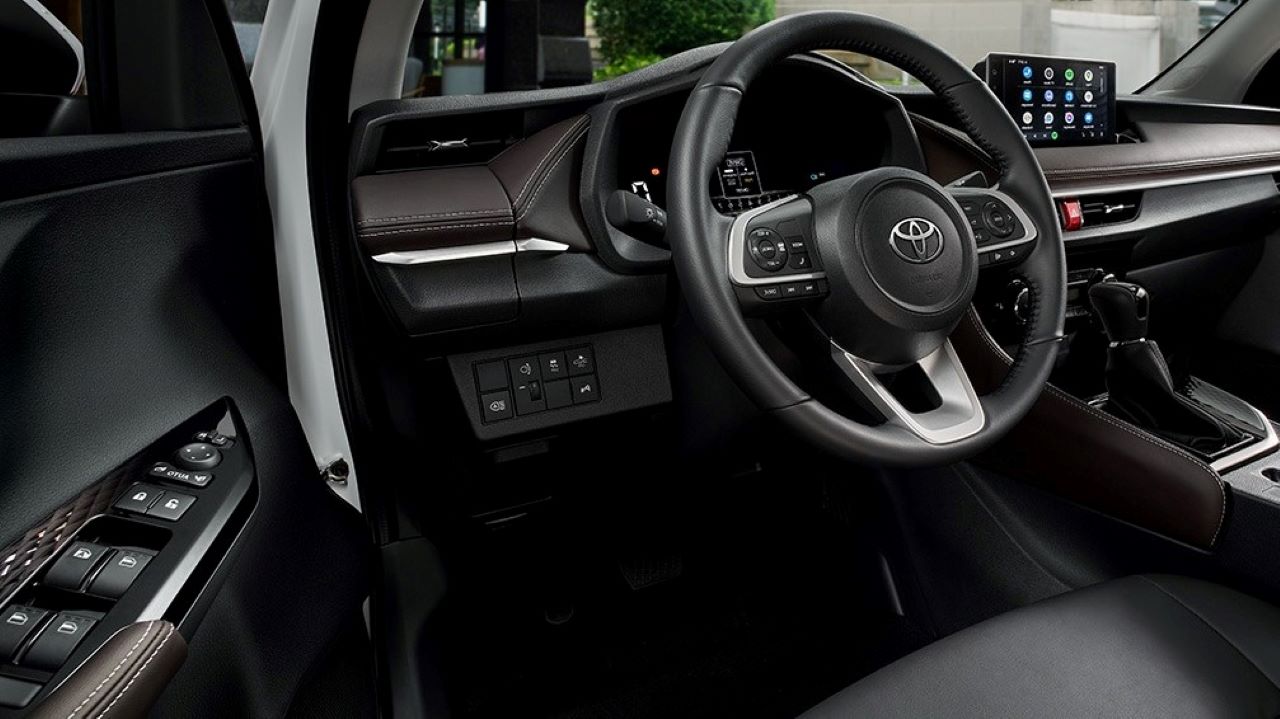 Apart from the obvious which is a steering wheel and driver’s seat on the left, the dashboard is still the “same” as the TH unit’s. There’s still a two-tone dashboard that combines leather and plastic, silver or brushed-aluminum accent pieces are also used, the same infotainment screen is maintained dead-center of the dash, and the steering wheel and its control buttons look to be the same for the LHD unit.

We still don’t get much of a peek at the rest of the interior, but at this point, it is very safe to say that the photos from the Thailand launch show the same whether for LHD or RHD Vios models. 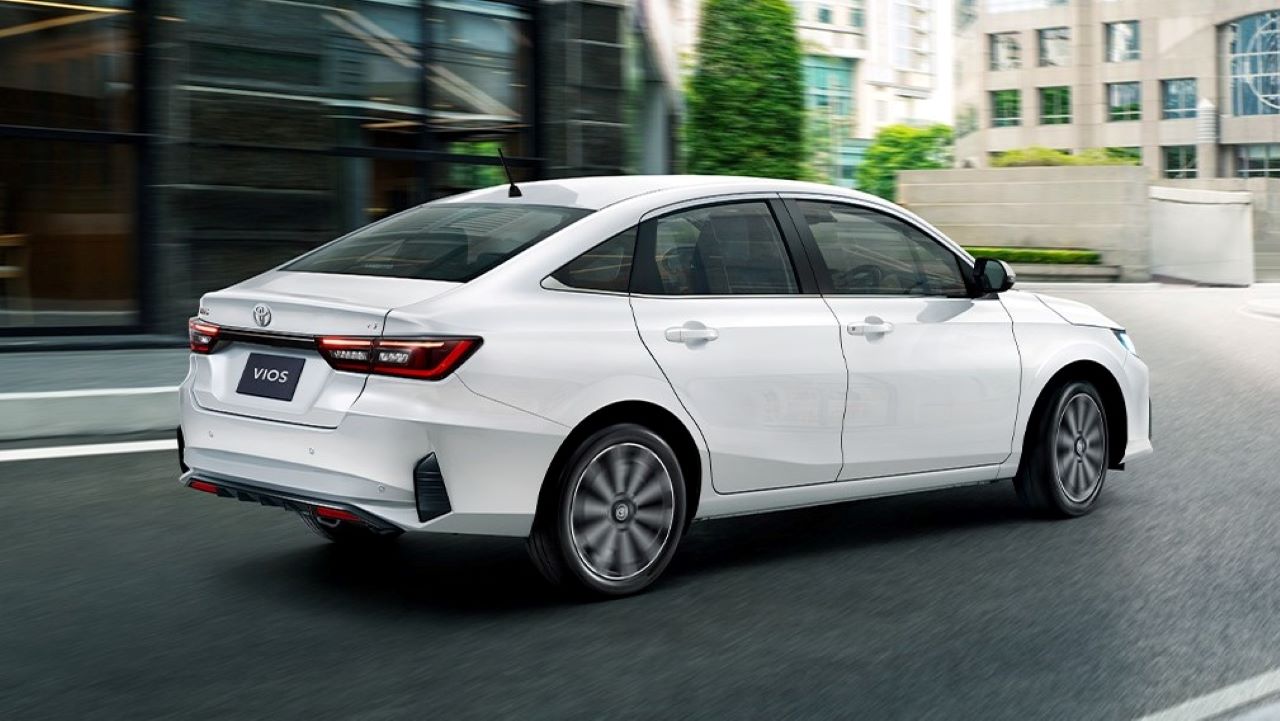 There are no official reports as to what engine the LHD Laos-released units have under the hood. Reports vary across the automotive news space with some saying it will have the same 1.2-liter engine or that it will have a 1.3-liter mill instead. Without any official word from Toyota, of course, we’ll take this as a grain of salt and assume that the TH-spec Vios will be the standard (and probably the same as) of what the Philippines will get.

We have mentioned time and again that the Toyota Vios is a very well-loved badge in the country. Spanning all its generations, we see a lot of them still plying our roads, and this comes with a lot of good reasons. Will this new-generation Vios sell as well or better? At the rate things are going and with all the excitement surrounding its PH release, it very well might take a big chunk of the segment’s sales.