Home - News - No, Driver’s Licenses will definitely not be confiscated by QC LGU traffic enforcers
News

A lot of commotion has been stirred up in the local motoring industry. Many have gotten on the driver’s license confiscation bandwagon. Following reports and questions of motorists having their prized licenses taken away, the Department of Interior and Local Government had stated that only those from the Land Transportation Office (LTO) and their deputized agencies can confiscate licenses.

The City of Manila was rather defiant and boldly stated that they will enforce their own ordinances and policies. Quezon City, though, is taking a different route. 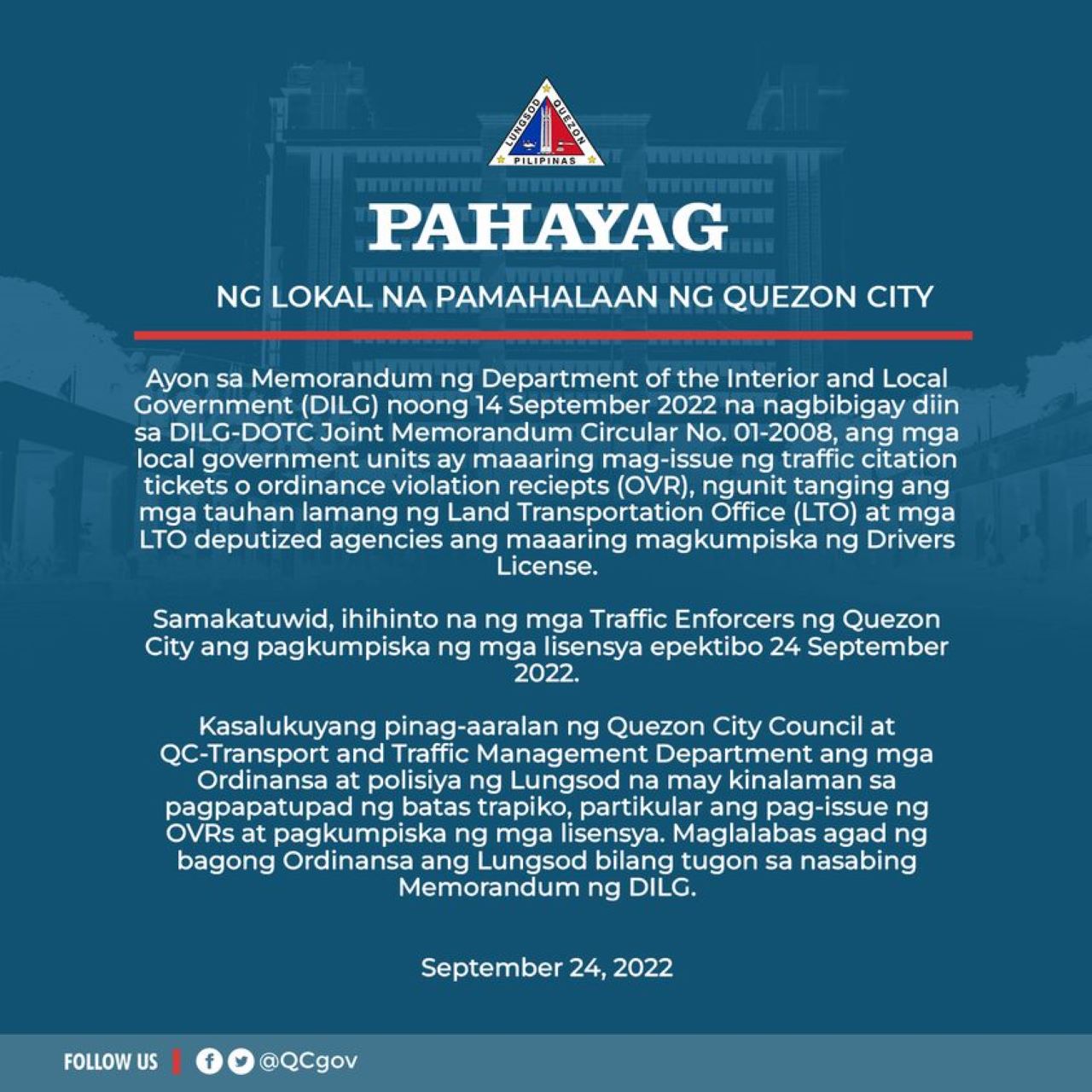 The DILG-DOTC Joint Memorandum Circular No. 01-2008 states that LGU traffic enforcers can only issue traffic citation tickets but are not empowered to confiscate driver’s licenses. This particular task is only allowed to be done by elements of the LTO and their deputized agencies. As of September 24, 2022, the Quezon City Government had announced that they will comply and effective on the said date, no licenses will be confiscated by traffic enforcers of the City.

It was further added that the City Council and QC-Transport and Traffic Management Departments are studying existing ordinances and policies in Quezon City that cover the enforcement of traffic laws, particularly those involving the issuance of OVRs (Ordinance Violation Receipts) and confiscation of driver’s licenses.

Following this, the Quezon City LGU will release new ordinances and guidelines as their (final) response to the DILG Memo.

So far, no other local government units have announced compliance (or defiance) to the DILG Memorandum. At this point, it shouldn’t come as a surprise if responses will differ between yeas and nays. Regardless, all we hope for and want is what is right and just for all motorists. That, and more clear-cut and defined rules and policies that everyone can abide by and easily reference to avoid confusion, or worse, misunderstandings and aggression.

Volkswagen Multivan Kombi to launch in the Philippines in Q3 2021