ENEOS Motor Oil, Japan’s No. 1 Oil Company, recently launched its complete lineup of lubricants for cars and motorcycles as part of the opening festivities of this year’s InsideRACING Performance and Lifestyle Expo happening from October 28-30, 2022 at the World Trade Center in Pasay City. These lubricants are known to deliver exceptional performance, long-term protection, and optimum fuel economy borne by continuous innovation with Japan’s leading automakers, race teams, and vehicle engineers. 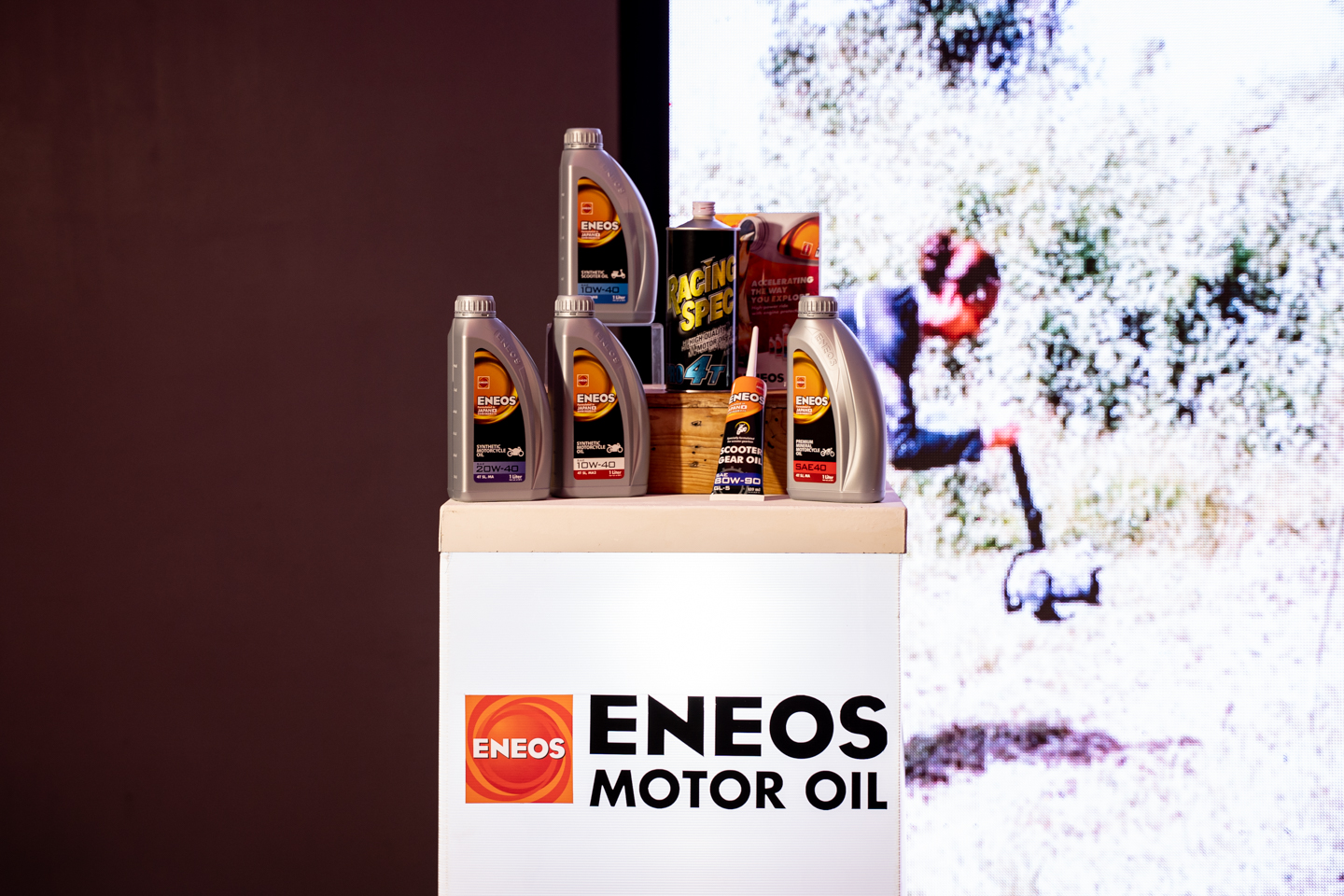 ENEOS has ultra-modern and environment-friendly fully synthetic motor oils for gasoline and diesel engines, high-performance synthetic motor oils for gasoline engines and diesel engines, and highly refined mineral-based motor oil for gasoline and diesel engines. For the two-wheeled segment, it has a high-performance fully synthetic motorcycle oil for racing, a synthetic-based motorcycle oil for all types of 4-stroke engines, a synthetic automatic scooter oil and scooter gear oil, and a mineral-based motorcycle oil for all types of 4-stroke engines. “The Philippines is one of our strategic target countries for our lubricants business. We see a lot of potential for growth given the large potential market, the country’s positive economic outlook, and the good reputation of Japanese brands among Filipinos,” said Kazumasa Imai, President of the brand. ENEOS Philippines Corporation (ENEPH). ENEPH began business operations in October 2019 but only for the sale of lubricants for motorcycles. It is working very closely with Philippine Motocross Champion Bornok Mangosong, Superbike Champion Des Buncio, and Champion Racer and Motorcycle Riding Coach, Mel Aquino. The entry of lubricants for cars signals the Company’s much bigger involvement in the development of the local motoring industry. In the future, it has plans of bringing in more products such as Continuously Variable Transmission Fluids and Automatic Transmission Fluids for passenger cars, Diesel Engine Oil products for truck and bus fleet customers, Hydraulic and Compressor Oils for industrial use and even Lubricants for Electric Vehicles. The set up of a blending facility in the country is also part of its growth plans.

Geely updates Haoyue (Okavango) for 2023, When will PH get it?

Celebrating the legendary life of STiK; JDM stalwart and irreplaceable icon in the PH tuner scene