After announcing the extension for motor vehicle registration yesterday, the LTO has also announced another extension. This time it’s for those who have expiring Driver’s License, Student Permit, Conductor’s License, and Medical Certificates this month. Much like that of registration, a two-month extension – not one – has been given for the renewal of these documents. 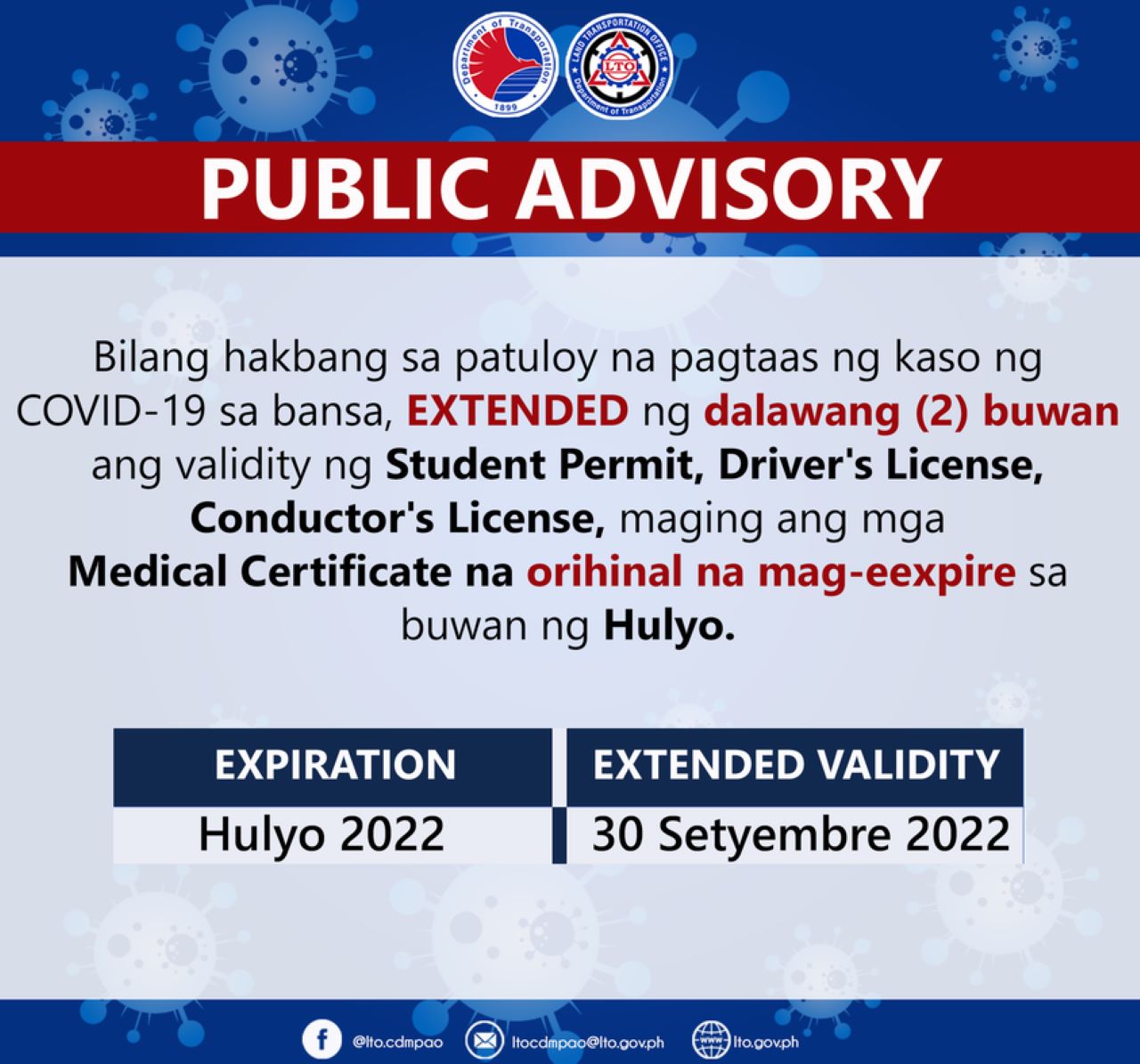 The pandemic has brought about some changes in how the agency deals with renewals. Like extensions for motor vehicle registration, an extension was also issued for those with licenses and permits that are set to expire this month of July. As was the case for June-expiring documents, another 2-month reprieve was announced. This information was posted on the agency’s official Facebook page.

Last month, the agency cited a rise in COVID-19 cases as one of the reasons for the extension. Seeing as the LTO is one government agency whose foot traffic is always high, giving people more time to get their affairs with the agency settled can reduce the number of people inside their offices at any given time.

As we mentioned in our motor vehicle registration extension article, we still do encourage everyone to get things like this done as early as possible. If time permits, then there really isn’t much of a reason to see the extension to its last couple of days. Time has been given to properly plan trips and errands such as this, and it’s not meant to be a reason to not do it even if you can, or worse, forget to do it altogether.

Enjoy it as long as practically possible, but make sure you get it done, our dear readers. Don’t get caught in a sea of people who might have opted to do everything at the last minute. Very Filipino, and also very true. Let’s get to it when we can, yes? Yes.