The No-Contact Apprehension Policy or NCAP caused a huge stir in the motoring world. Two months ago, a restraining order was issued by the Supreme Court effectively stopping its implementation and enforcement. Today, some messages have been circulating online and through mobile messaging apps that say it will be implemented again starting on November 15.

This is not true. 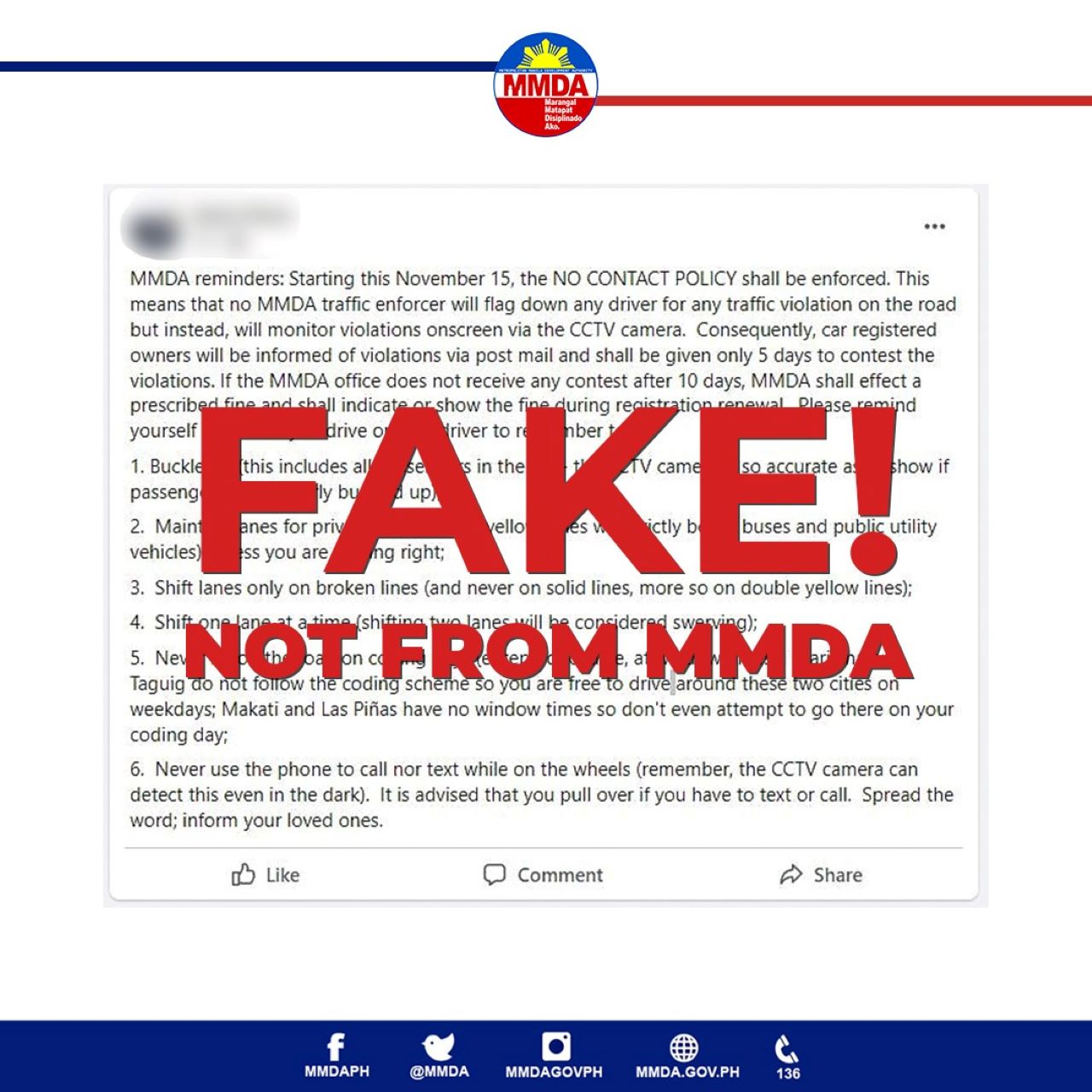 Earlier this morning we were on the receiving end of such messages. We all know that the NCAP is pretty controversial with many questioning its effectiveness and how it can easily become an avenue for corruption and extortion. To get any message saying that it will again be implemented is quite surprising, so we asked the MMDA for clarification. We went ahead and sent a screenshot of the message (which the MMDA had also posted in the 2nd photo that you see in this article for their own infographic) and we were relieved to be told that “That is not true”. Great, no harm done, and now that that’s clear, we can go ahead and be law-abiding motorists as we should be, NCAP or not.

What’s most curious and also frustrating is how and why some people have the time and effort to peddle fake news such as this. We’re not even going to wax political in this post but let us say this: be a useful and productive member of society, why don’t you? We understand how “being first” in the race to inform the public is important, but the information that we share comes with a responsibility to first check its legitimacy.

Be responsible, and when in doubt, ask. If you’re personally attacked by anyone for asking – confirming – information, then you might be asking the wrong person. We’ve said time and again that it never hurts to ask the Authority (yes, capital “A” as it pertains to the MMDA) because they will reply to your queries; something we are most thankful for. So thanks, MMDA!

Drive safely out there, everyone!

Biggest Ford Island Conquest in BGC from November 18-20, Over PHP 4M in prizes up for grabs