Traffic always gets worse during the Holiday season. It seems that the MMDA is aware of this as they’ve just called a stop to all excavation works in Metro Manila starting today. Economies have opened up and with it came a lot more vehicles that brought almost (if not) pre-pandemic-sized traffic jams. This should help ease the flow, or so we all hope. 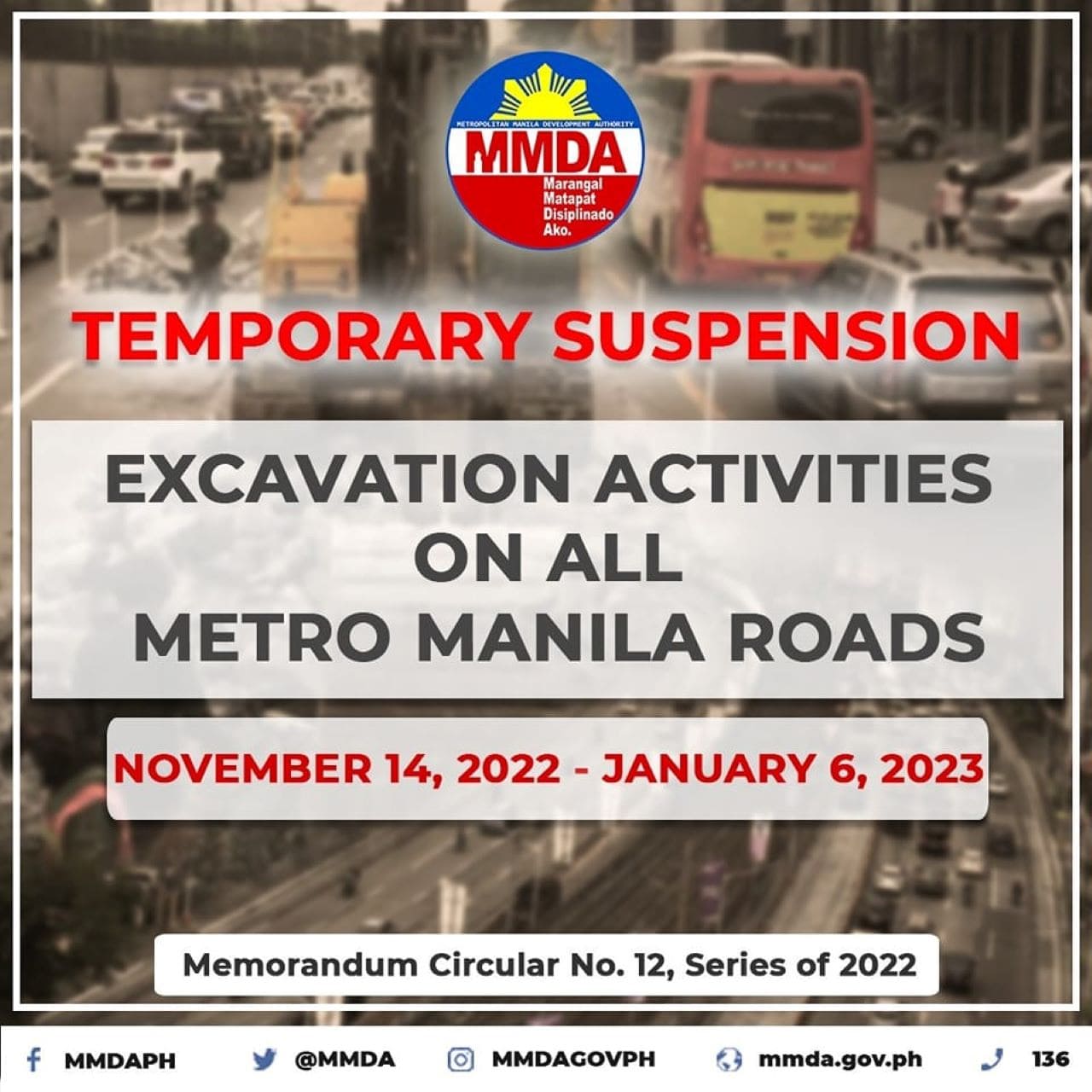 Getting caught in the holiday rush traffic is unavoidable, for the most part. A lot of plans are being put into place, holiday or not, to curb the traffic jams in Metro Manila. An example is the MMDA’s call for the adjustment of mall hours. The addition of having no road works being done is a step just as big.

A temporary halt to all roadworks along Metro Manila roads takes effect today. Such road works include road reblocking, pipe laying, road upgrading, and other excavation works. This does not cover works under the DPWH’s calendar such as bridge repair or construction, nor emergency repairs needed to be done by Maynilad. 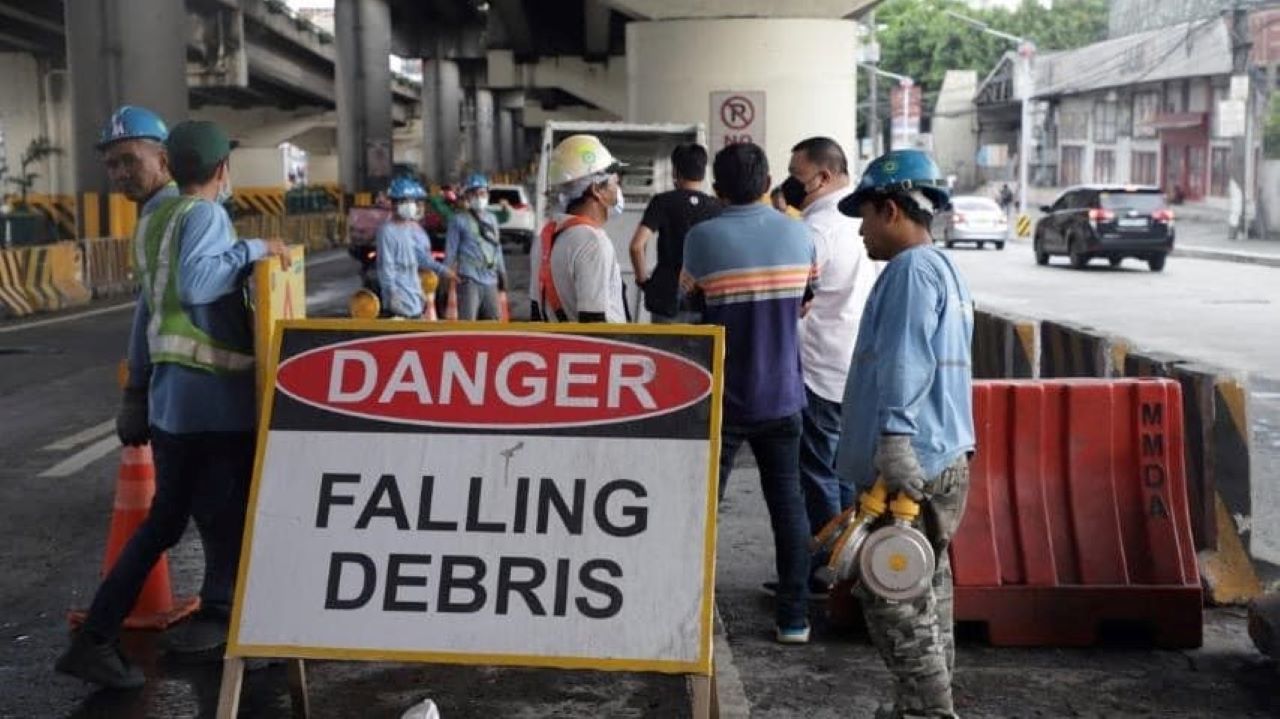 That said, we can still expect to see flood interceptor catchment projects, asphalt overlaying, sidewalk improvements, footbridge projects, and the occasional emergency repairs from either DPWH or Maynilad to still be carried out. Though some might be major works like the F. Manalo Bridge’s rehabilitation in Pasig City, the MMDA assures us that nothing overly inconvenient will be done by their agency. 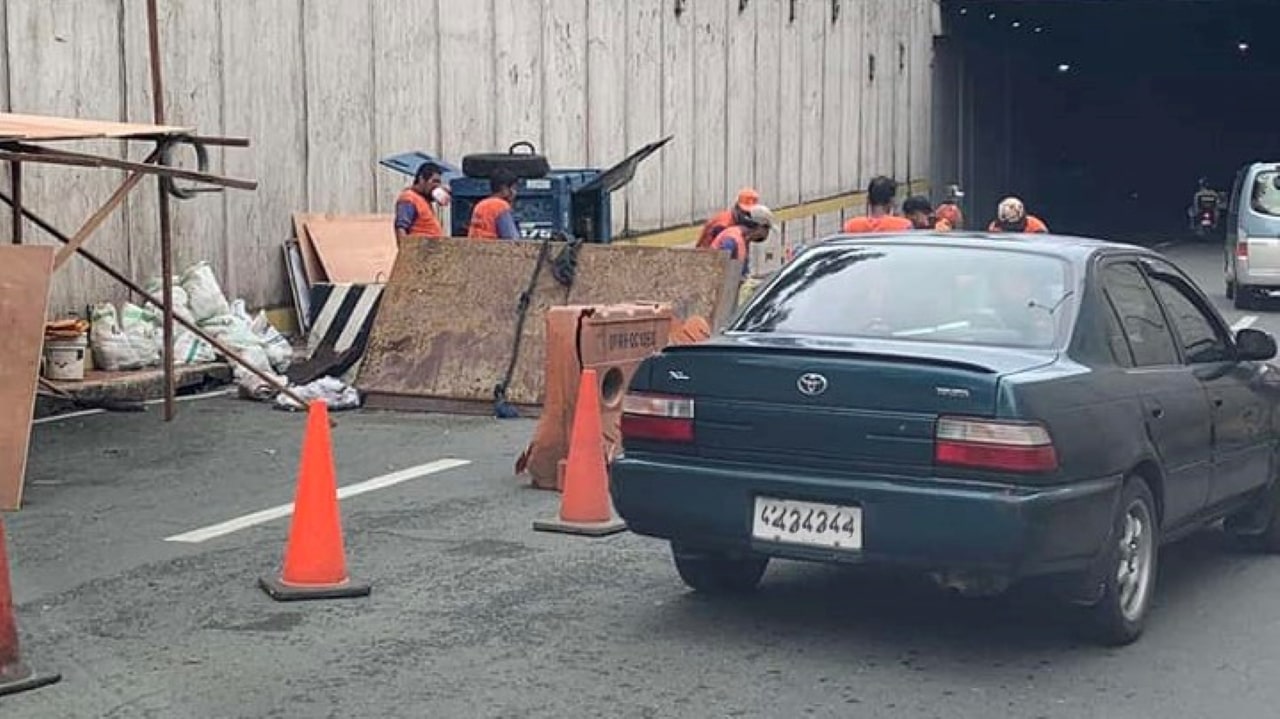 Any reprieve from traffic jams is always welcome. At least the MMDA continues to find ways to make it easier and somehow more convenient for all to travel through the daily rush of Metro Manila. The bottlenecks and rerouting caused by different excavations and roadworks are indeed a hassle. Many say that “we should be used to it by now”, but really, every little bit helps when it comes to minimizing instances of having to “get used to it”.

Stop it! "Backers" can't do squat with the MMDA and Bong Nebrija if you violate the law

This should make you concerned and angry! Run-down truck towed by MMDA supposedly has valid registration