MMFF to hold a parade along Quezon Ave. on December 21

Quezon Avenue is one of the most used roads in the Metro, it provides a vital link for inter-city travel for numerous motorists. This is why any traffic disruptions could cause heavy traffic. One such event seems to be on the way because the Metro Manila Development Authority (MMDA) has just reported that the Metro Manila Film Festival (MMFF) is planning on hosting a parade on said road. 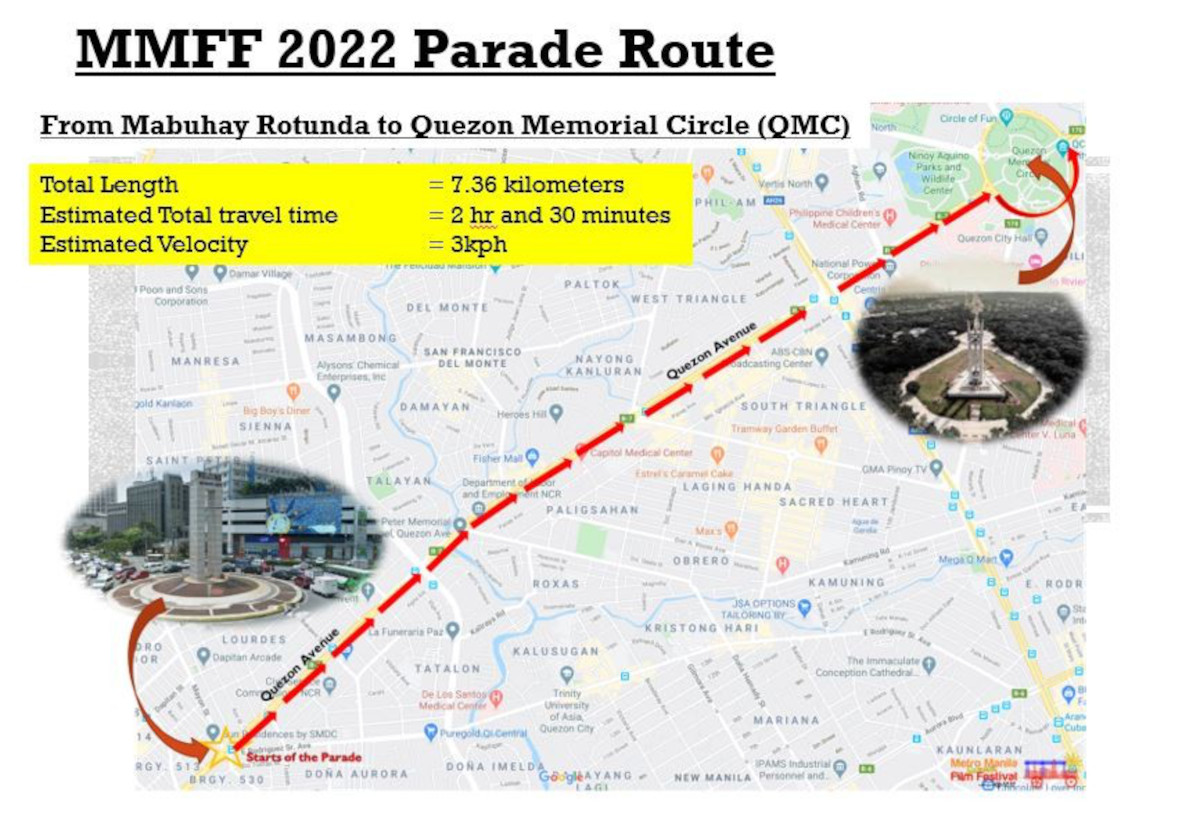 In a statement made to the public, the MMDA said that the parade will begin at 2 pm on December 21, 2022. The parade floats will begin their journey from Welcome Rotonda all the way to the Quezon Memorial Circle.

The parade is expected to run a total of 7km and last around 2 and a half hours. Be aware also that the MMDA will have a staging area for the MMFF parade’s floats along E. Rodriguez to D. Tuazon. That said, expect traffic to slow down near this area as well.

Of course, the MMDA will be deploying enforcers along the route to ensure that the traffic flow isn’t as bad as it could be. Nonetheless, mark your calendars and plan your trips accordingly.

Alabang to BGC P2P bus service to launch in August 14