The F. Manalo Bridge in Pasig City is scheduled for repairs and rehabilitation. As of yesterday, November 13, 2022, one of its lanes has been closed and it will only accommodate one-way traffic until the repairs have been completed. This scheme will be in place until next year, and everyone is advised to take alternate routes for the time being. 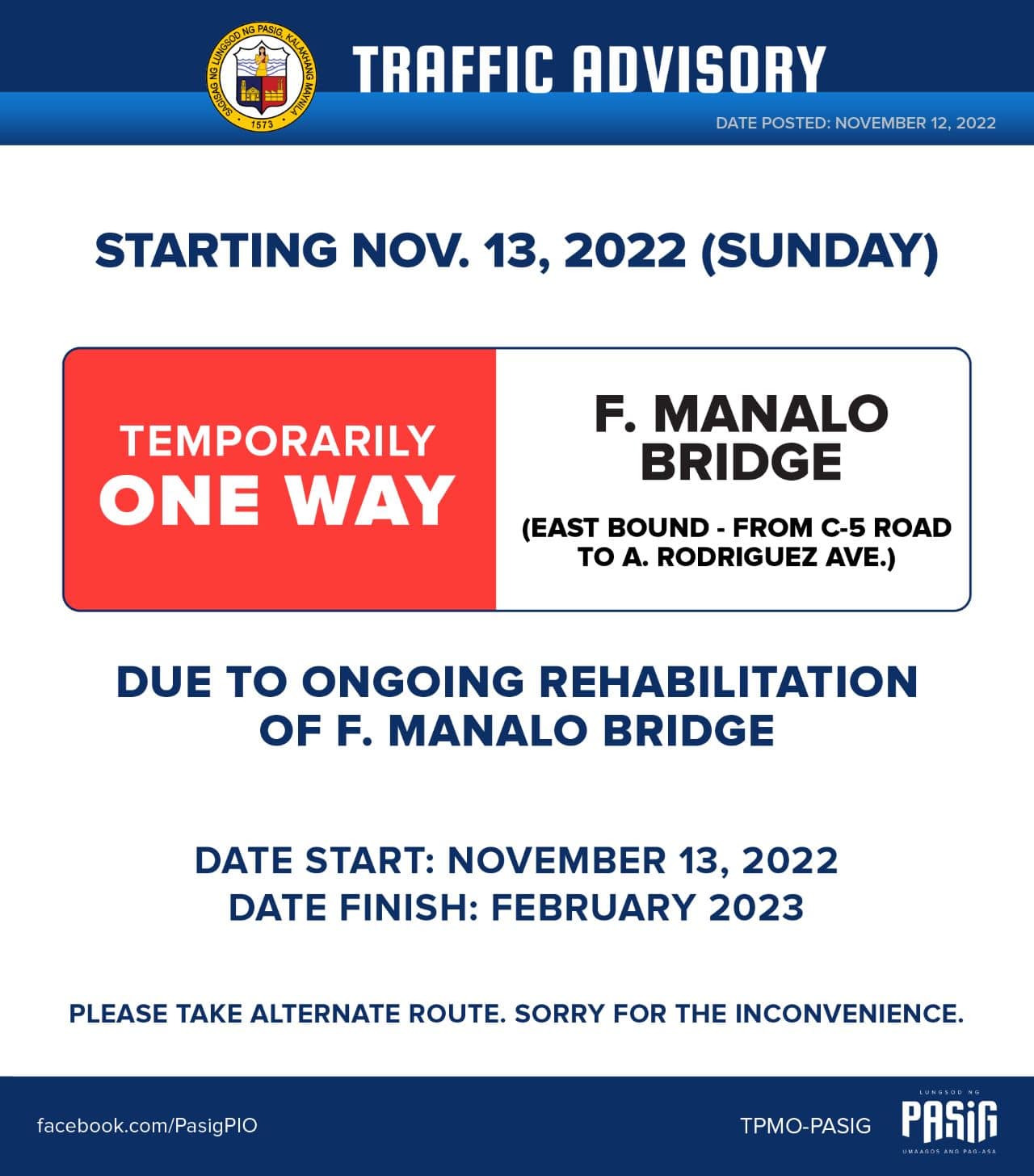 The repairs are scheduled for a very considerable length of time. As mentioned, day 1 began yesterday and the repairs are set to finish sometime in February of 2023. Currently, motorists can take the bridge eastbound from C-5 to A. Rodriguez Avenue in Pasig. Calle Industria will serve as the entry point from C-5 going towards F. Manalo bridge. From there it is straight along Caruncho Road until the intersection of A. Rodriguez.

The alternate route that has been set for those bound for C-5/Eastwood is Ortigas or Marcos Highway. The road leading to and from the bridge is rather narrow, but it still serves as an important roadway to and from Libis, as C-5 is more commonly called. Traffic will be heavy with everyone taking A. Rodriguez so every alternate route that can be taken, whether along major or other interior roads should be used. It may not help that the repairs for F. Manalo Bridge have been scheduled smack into and beyond the holidays. But safety should come first as always. Better to have it done and completed sooner than later than risk a catastrophe from happening, right?

As challenging as it may be, try to keep your head cool on the road. Traffic will inevitably be heavier in and around the area, but let’s just take it as something for the greater good. Better on a bridge than in the river.

Biggest Ford Island Conquest in BGC from November 18-20, Over PHP 4M in prizes up for grabs