Has the holiday rush traffic gotten to you yet? The Paskotitap Float Parade is happening this weekend in Pasig, so yes, that might not be such good news as far as traffic jams are concerned. It means road closures and rerouting so do expect clogs around the area, and take the necessary measures to avoid them if you can.

Paskotitap Float Parade will be from 5:00 PM onwards tomorrow, December 17 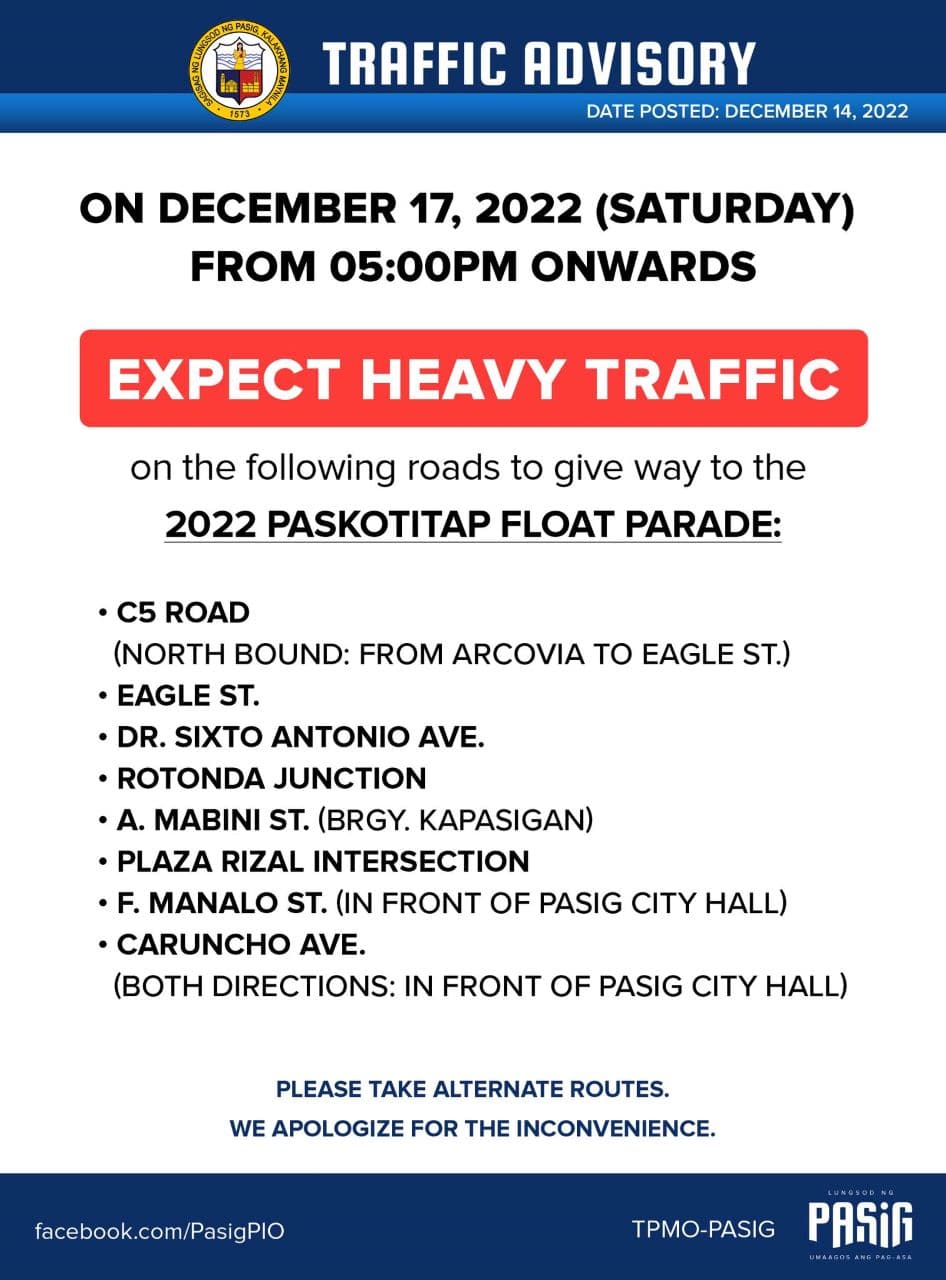 Yes, the festivities are coming into full swing. The Paskotitap Float Parade is an annual event held in Pasig City and tomorrow is its 2022 installment. Various roads will be closed to make way for the parade and as such, the local government has posted its advisory to inform the public of impending (and added) Carmageddon. 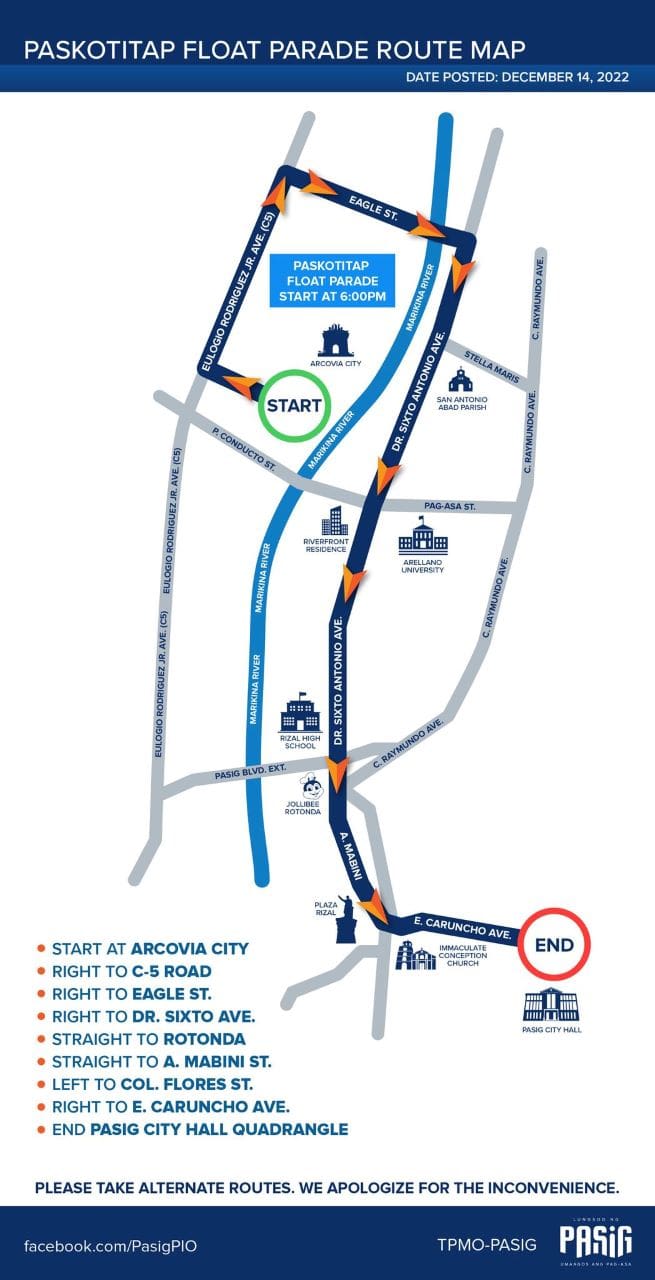 The parade route will be as follows. It won’t be a fast pace, so it will take time for everyone to clear the abovementioned roads. The buildup is expected along the following roads for its duration: 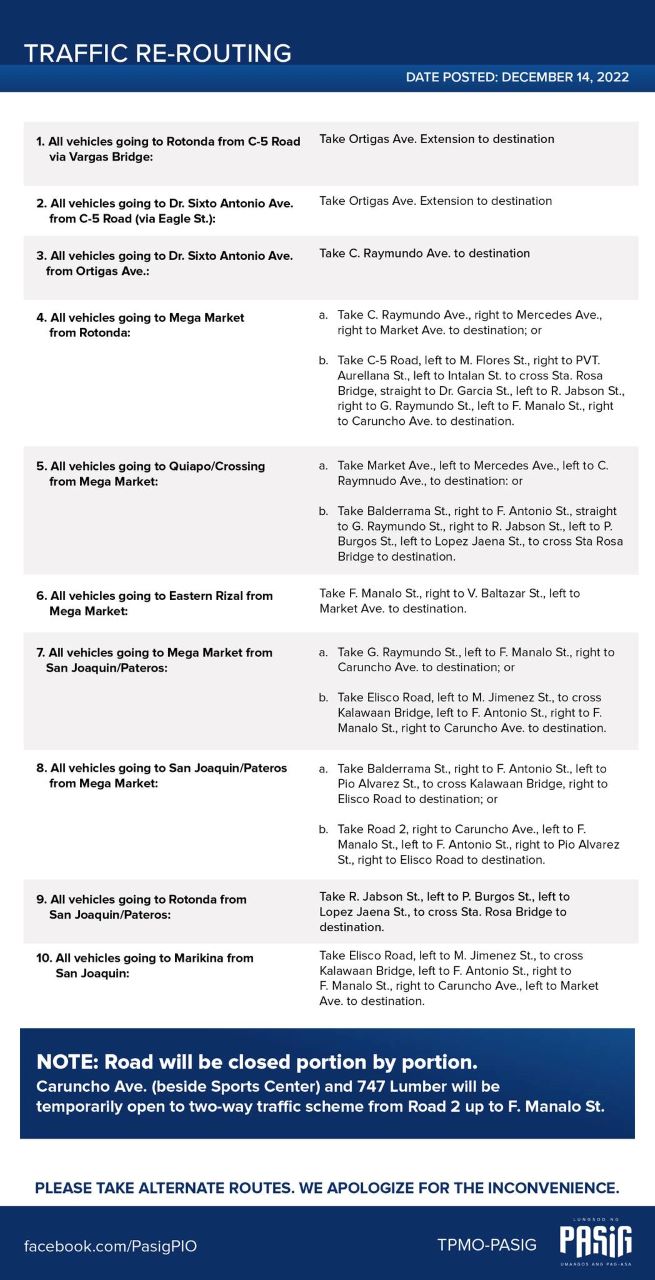 As for rerouting for those who need to go in, out, and around Pasig City while the Paskotitap Float Parade is happening, you can refer to the open roads in the infographic above. Also, note that the roads will be closed off to public traffic by portion and that Caruncho Avenue (beside the Sports Center and 747 Lumber) will temporarily allow a two-way traffic scheme from Road 2 to F. Manalo.

Consider yourselves warned, people. It’s pretty hard to not go out during this mad rush of the year, but hey, at least we were given a heads-up for this one. Keep your cool, alright?

Is this the full model change Toyota Innova we’re seeing, or do our eyes deceive us?