Off-roading has grown in the Philippines in the past couple of years. Big or small, have 4×4, will off-road. And the weapon of choice for a good number of these folks is the Suzuki Jimny. But what’s better than this pint-sized crawler? Behold the updated Jimny Sierra.

The Sierra is, in effect, the same Jimny that we get in the PH. Equipped with a 1.5-liter engine and 4WD standard, it’s a great toy for the beaten path. Yesterday, Suzuki Japan released news about an update to the Jimny, and you’ll be happy to know that it adds more practical safety to the already versatile sub-compact.

Updates to the Suzuki Jimny Sierra According to the Suzuki website, an idling start-stop system has been added to the Jimny, but specifically on the 5-speed manual transmission variant. This feature is mostly available on higher-end, automatic variants of many other automobiles from different manufacturers, but Suzuki saw fit to include it in their small off-roader. In addition, the orientation and placement of some instrument panel switches in the cabin have supposedly been changed as well.

As for safety, an upgraded Autonomous Emergency Braking System has likewise been added to the Jimny. When the system detects a vehicle or pedestrian in front and there is a risk of collision, a buzzer goes off or a visual warning will be displayed on the gauge. Stepping on the brake pedal will now be electronically assisted and depending on the likelihood of an imminent collision, more braking force is automatically applied to avoid or reduce potential damage.

See also  Kia Stonic coming to the Philippines in October 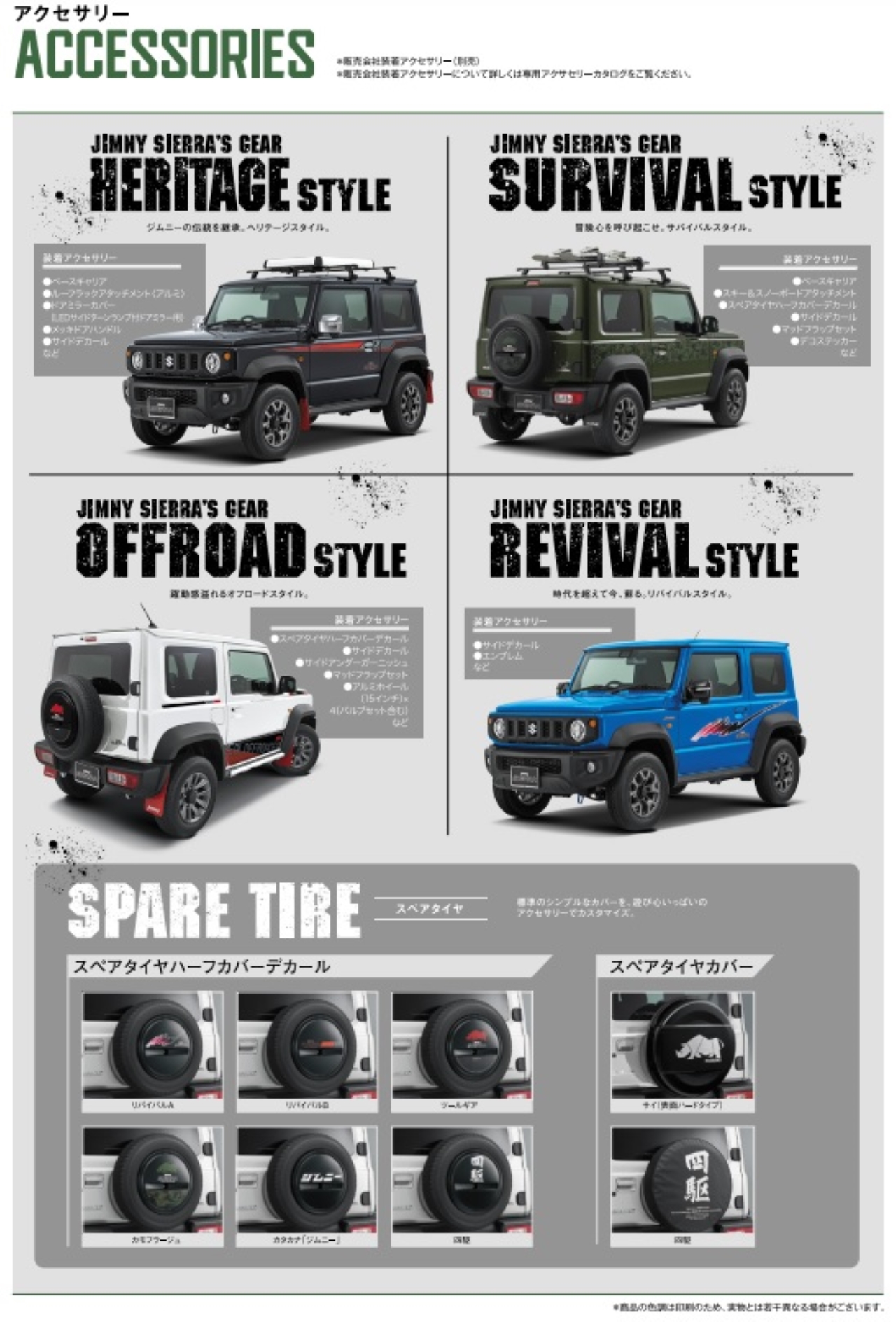 Who doesn’t want to look good, right? In the news released yesterday, Suzuki is also throwing four (4) styling packages for the Jimny, namely Heritage, Survival, OffRoad, and Revival aesthetic kits. From badges, door handles, spare tire covers, and stickers, every kit will have a different style that can make your Jimny stand out. The current Suzuki Jimny that we have landed in the Philippines sometime in 2018. It’s already been 4 years and besides the AllGrip update, new additions to safety and OEM kits are always welcome.

Whether you use your Jimny for show or for go(ing), we’re pretty sure there are a lot of good reasons to get on board with the Jimny hype should Suzuki decide to bring this updated version into the country.