We’ve been reporting over the past few months how Hyundai’s fate and future in the Philippines have been renewed by the takeover of a new distributor. We’ve also covered what the possible model line-up could be. Thankfully, we can put the rumors and speculation to bed, as the covers have been pulled off the new model line-up for Hyundai Motor Philippines.

It was revealed by the (up-to-date as always) Hyundai Pasig dealership in a Facebook post that Hyundai Motor Philippines will be supplying them with 5 new models to sell.

Based on the photo, Hyundai will be offering the Staria, Santa Fe, Palisade, Tuscon, and Creta. It’s also been reported that the line-up will feature another car that’s already being sold locally. Hyundai is set to continue selling the Venue as an entry-level SUV/Crossover offering. 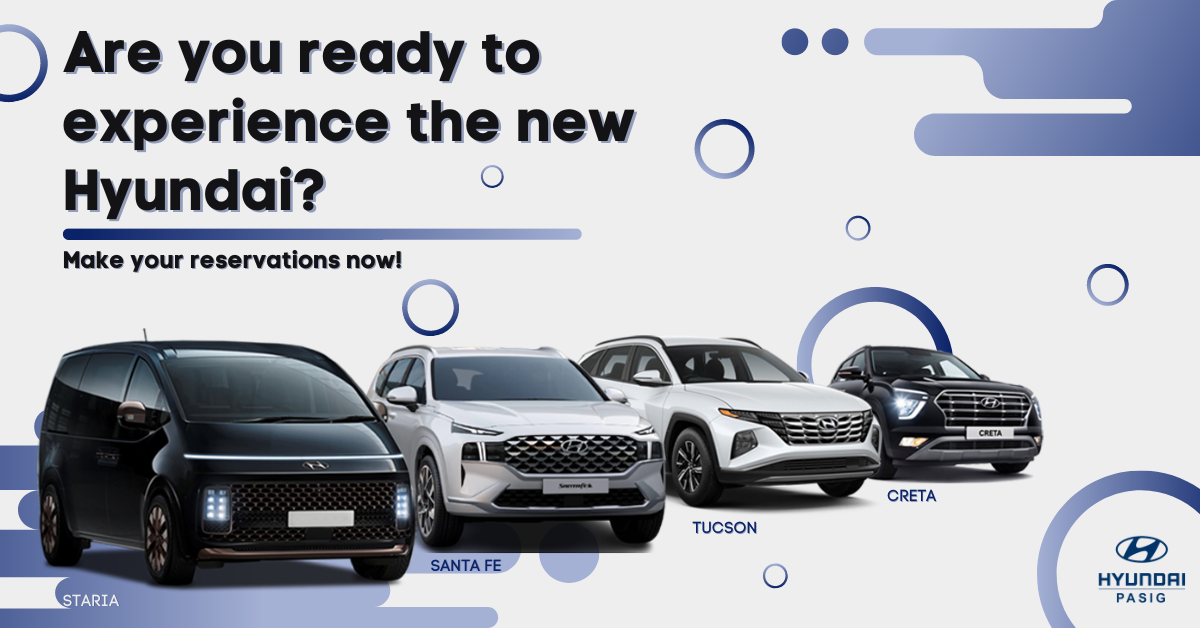 Unfortunately, while the specific models have been revealed by Hyundai Motor Philippines, prices and specific features and specifications have yet to be confirmed. Needless to say, those vital pieces of information are probably going to be revealed soon as well.