Small cars have been on the uptrend in recent years. Whether it’s cost or practicality, many have begun opting to get smaller vehicles. The Suzuki S-Presso is one such model that is famous among the masses. With so many of them being bought, imagine the shock when vehicle safety standards body Global NCAP gave it a 0/5 rating.

It’s been two years since then, and Suzuki decided to put another one to the (crash) test. This time, it did better.

It’s worth mentioning that the paltry 0/5 score was from India-built units. This time around, Suzuki wanted to prove that the S-Presso can also be a safe vehicle to own and ride in, and they chose the South African-built units to prove it. According to Global NCAP, the pint-sized car now gets a 3/5 rating based on their new test protocols. 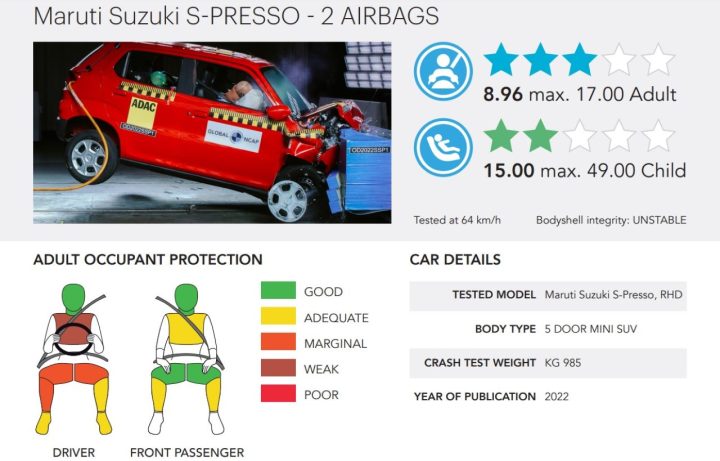 Compared to the India-built units, this one now had two front airbags instead of just one, and that bumps up the safety significantly. It’s also strange but despite the color-coded protection guide above that you can use as a reference, the South African unit was still able to provide more adult occupant protection in the front.

We can also see that the Suzuki S-Presso’s body shell integrity was still rated as unstable, but still, this was deemed as a safer model than in the previous test. 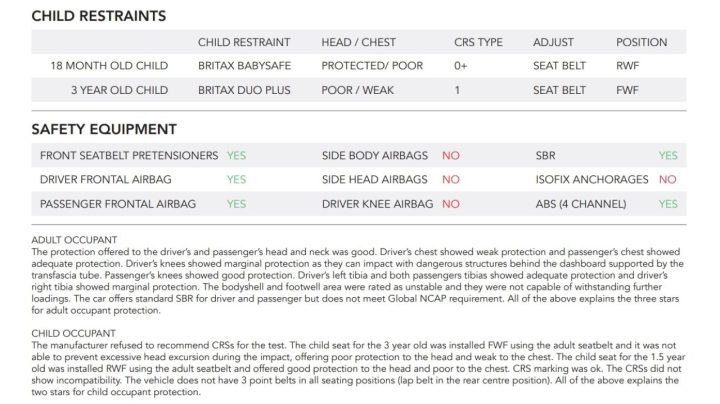 What remains a great point for improvement is its child protection. Despite its improvement, the S-Presso got a shocking 15 out of 49 points in this department. This can be in big part to the absence of ISOFIX anchors, and its having no 3-point seatbelts in all seats. There is also no child restraint system so that is yet another factor in pulling the safety rating down. 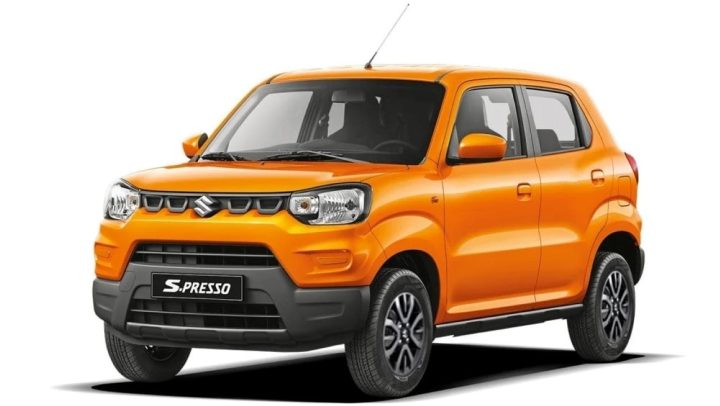 Given its popularity, any improvement in its safety rating is a welcome development. Given where we source our local S-Presso units, this is something that Suzuki needs to take into great consideration. The fact of the matter is that our roads aren’t exactly the safest in the world, and every bit of protection for drivers and occupants must be paramount.

Here’s to hoping Suzuki PH brings in the safer version of this well-loved model. It will do them and their customers a lot of good, and that is something that can’t be emphasized enough.