Remember the Felicity Ace cargo ship carrying luxury that caught fire?, well it just sank off the coast of Portugal. 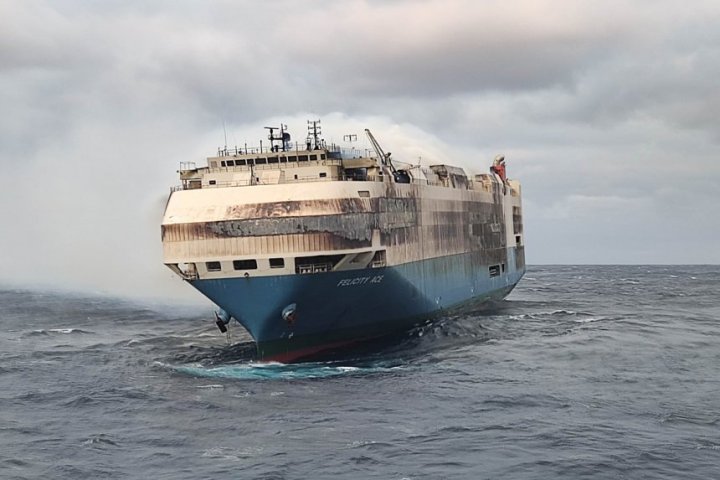 This happened while a salvage team was sent to work on the ship and tow it back to a safer area. According to MOL Ship Management ,while in transit the team encountered bad weather, as a result the rough sea conditions enabled the ship to take on water from the starboard side. All of this, caused the ship to sink into the Atlantic Ocean. Reports suggest that the ship is 220 nautical miles from the coast of Azores in Portugal. Salvage crews will remain in the area to keep monitoring the situation.

As mentioned in our previous article, the ship was carrying an estimated 4,000 luxury vehicles from prominent brands such as Porsche, Audi, Lamborghini, and Bentley. The vessel sailed from Emden Germany, was supposed to arrive at Davisville, Rhode Island and drop off its (precious) cargo there.

The cause of the fire still remains a mystery, and may remain one given the ships current state. However, its been suggested that because of the cargo (vehicles) onboard had Lithium-ion batteries. Lithium-Ion batteries when on fire, require special equipment to be put out, which the firefighting team didn’t have onsite, causing the ship to burn for several days.

Considering that the Automotive industry has been battling supply and chip shortages over the past year, it didn’t help that a significant amount had just been lost in such a way. All those waiting for their vehicles from those brands aboard the doomed vessel, may have to wait a little longer to get their cars.