There are no two ways about it, sedans are dying. The once-dominant car class in recent years has been losing its market share to crossovers, MPVs, and SUVs. It’s no surprise either because manufacturers have been offering affordable “big cars” to meet the demand of a growing global population. That being said a few iconic sedan nameplates are still around, one of them being the Honda Civic, and the latest 11th generation has (for me at least) brought back the Civic magic… and then some. 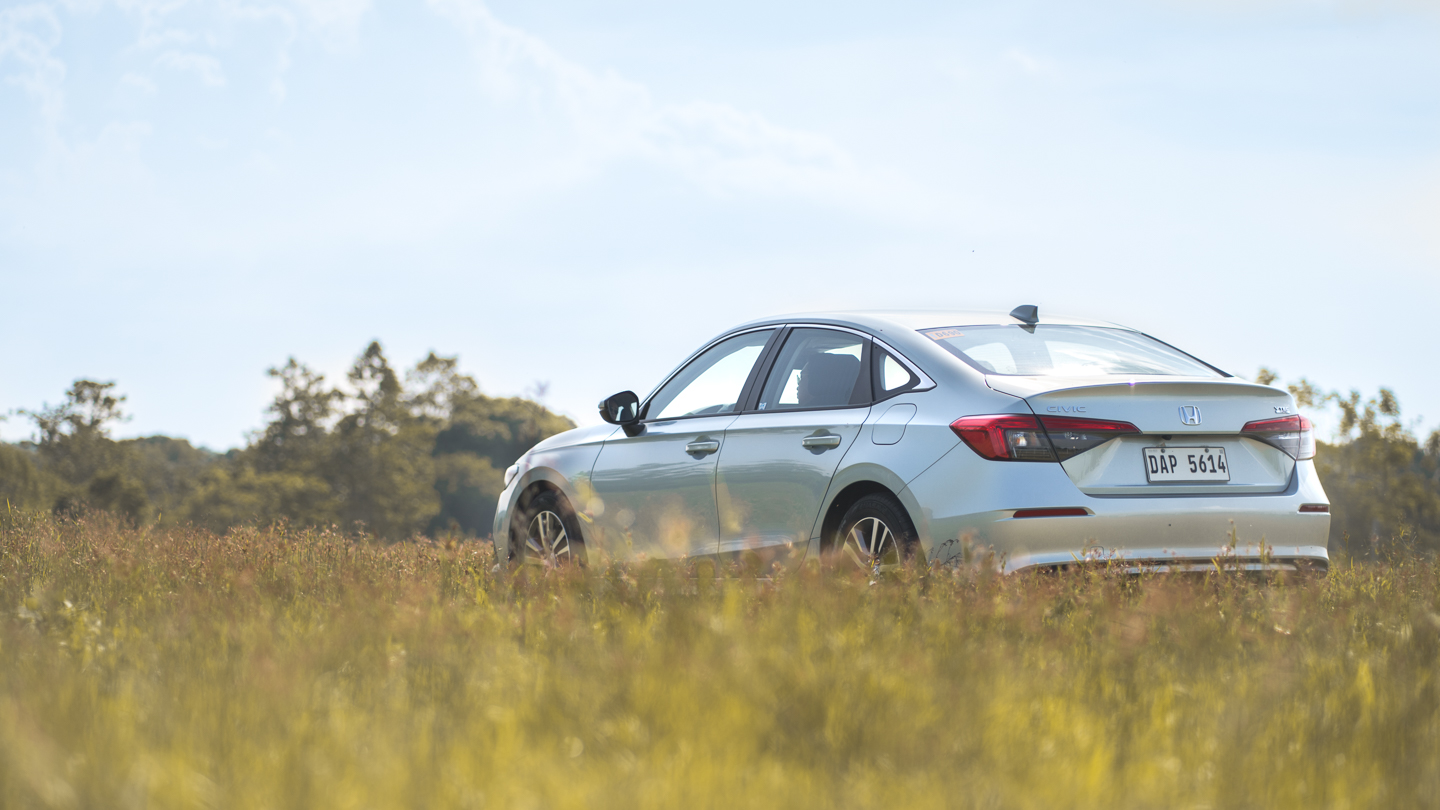 In the past two iterations of the Honda Civic, I really wasn’t impressed with how they looked. It was as if they couldn’t stop designing the car, it had more angles and curves than a supermodel.

This new one is different, I was given the entry-level base Honda Civic 1.5 S CVT and I swear to you that it doesn’t look like a base model. The design of the 11th generation Honda Civic is (I will admit) more subdued and less “daring” than before, but I like how Honda made it look sleek, modern, and huge. I kid you not, take a good look at the Honda Civic from the outside it looks longer and wider than ever. The only tell-tale sign it’s a base model are the rims, not the design, the size. While 16 inchers are fine, because of the overall size of the Civic maybe 18’s would have given a better well-rounded look. 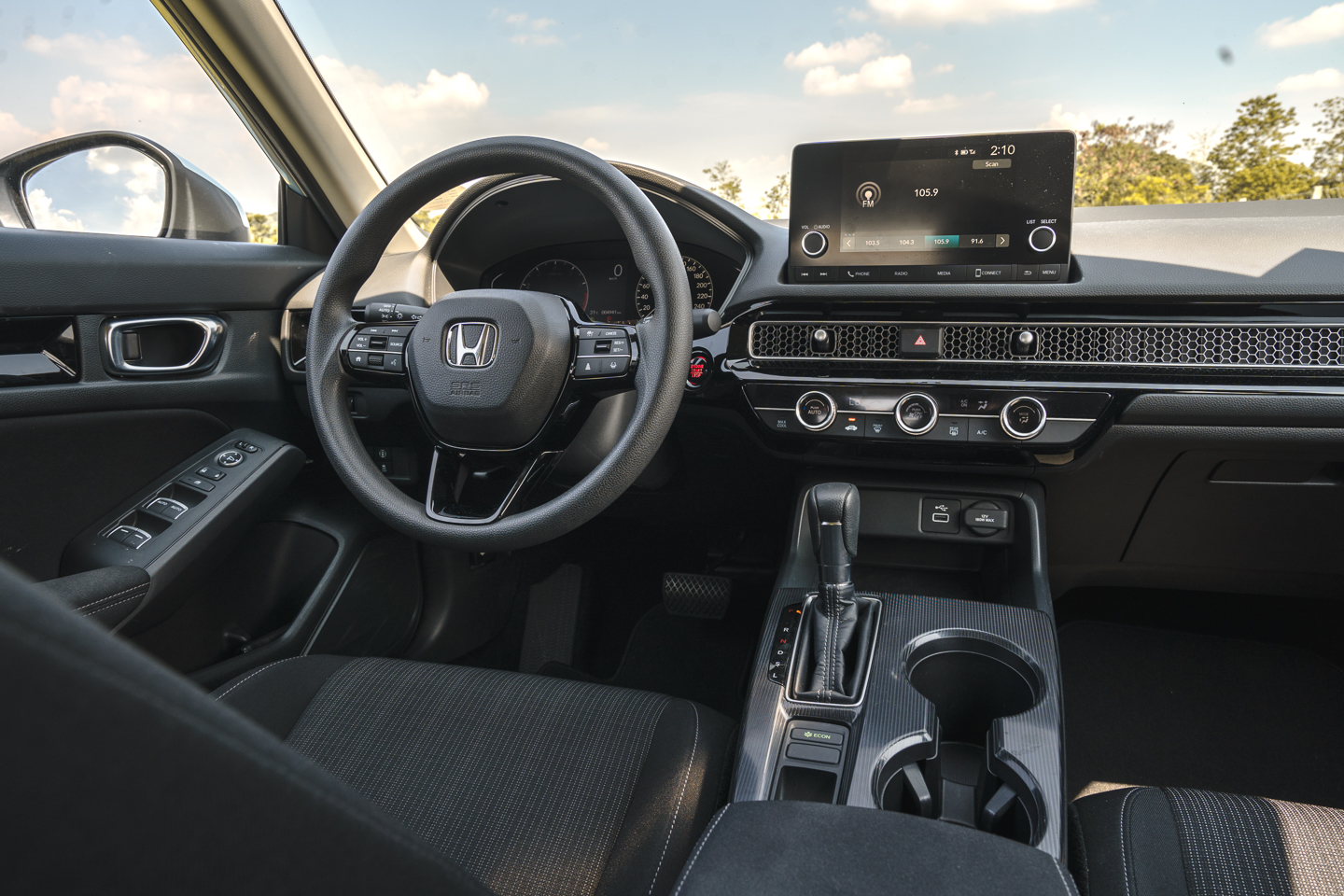 The same understated and clean look from the outside applies to the interior. There are no fancy or garish lines present, just straight clean lines and materials. I especially like how Honda kept the use of the “scratchy” dirt magnet piano black to a minimum and opted to use soft-touch foam and plastic. 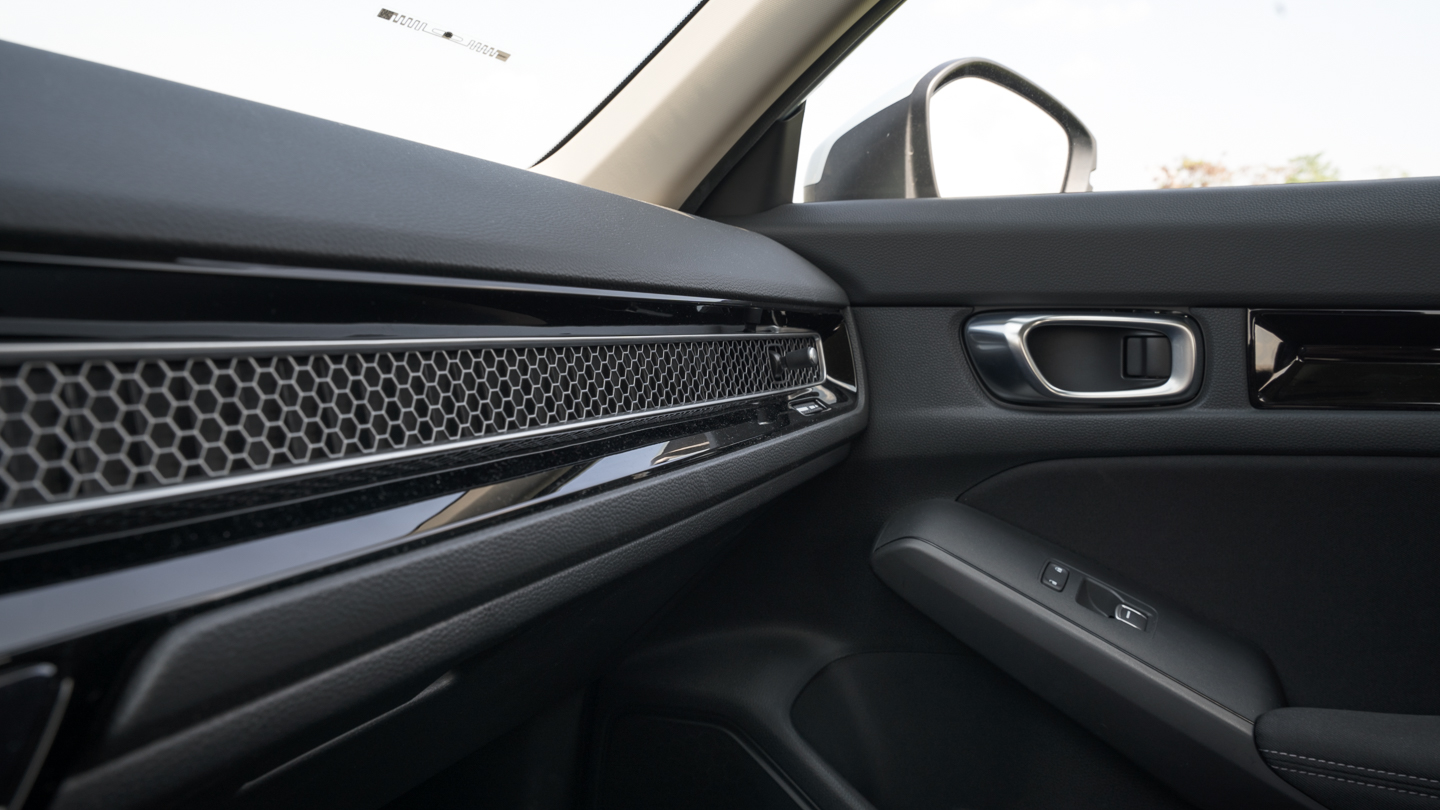 There also is no trace of leather in the interior, which is fine by me because leather does not age well. Not to mention that because our country’s weather is one degree away from hell, leather tends to singe my skin after being parked out in the sun for long periods. 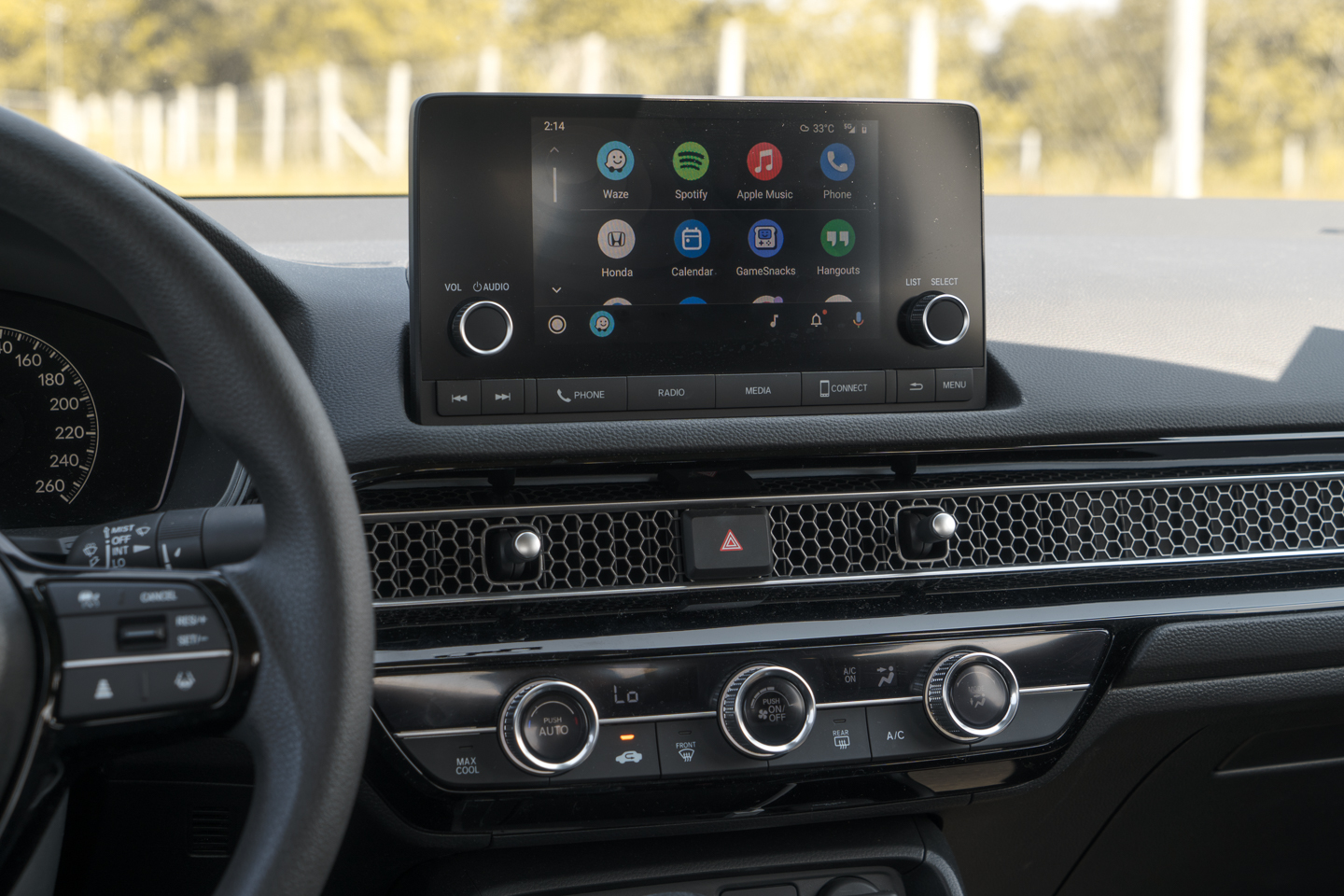 As for the interior features, the Honda Civic has an integrated 7-inch touchscreen infotainment system with Android Auto and Apple CarPlay. It must be said that it’s one of the best infotainment systems I’ve used, quick to connect and responsive. The Civic also has a 7-inch digital instrument panel that displays all the relevant vehicle information. 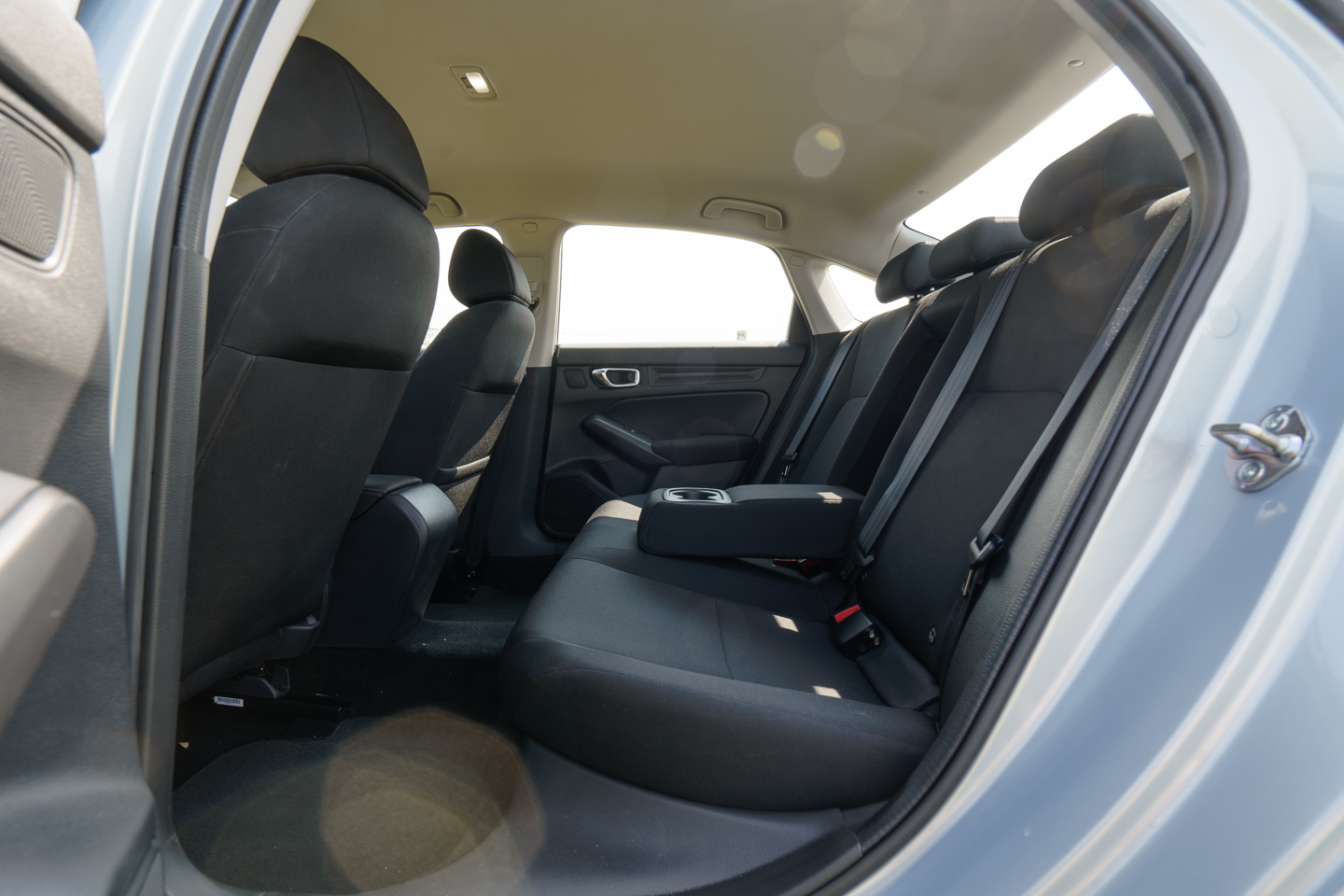 All in all, despite the lack of leather or any other premium materials, Honda did a very good job making the Civic interior still feel premium and not like a little tikes car. Powering the Civic 1.5 S CVT is the familiar 1.5-liter turbo powertrain with an additional slight bump in power. It now has 178 PS and 240Nm of torque, the transmission is a CVT. 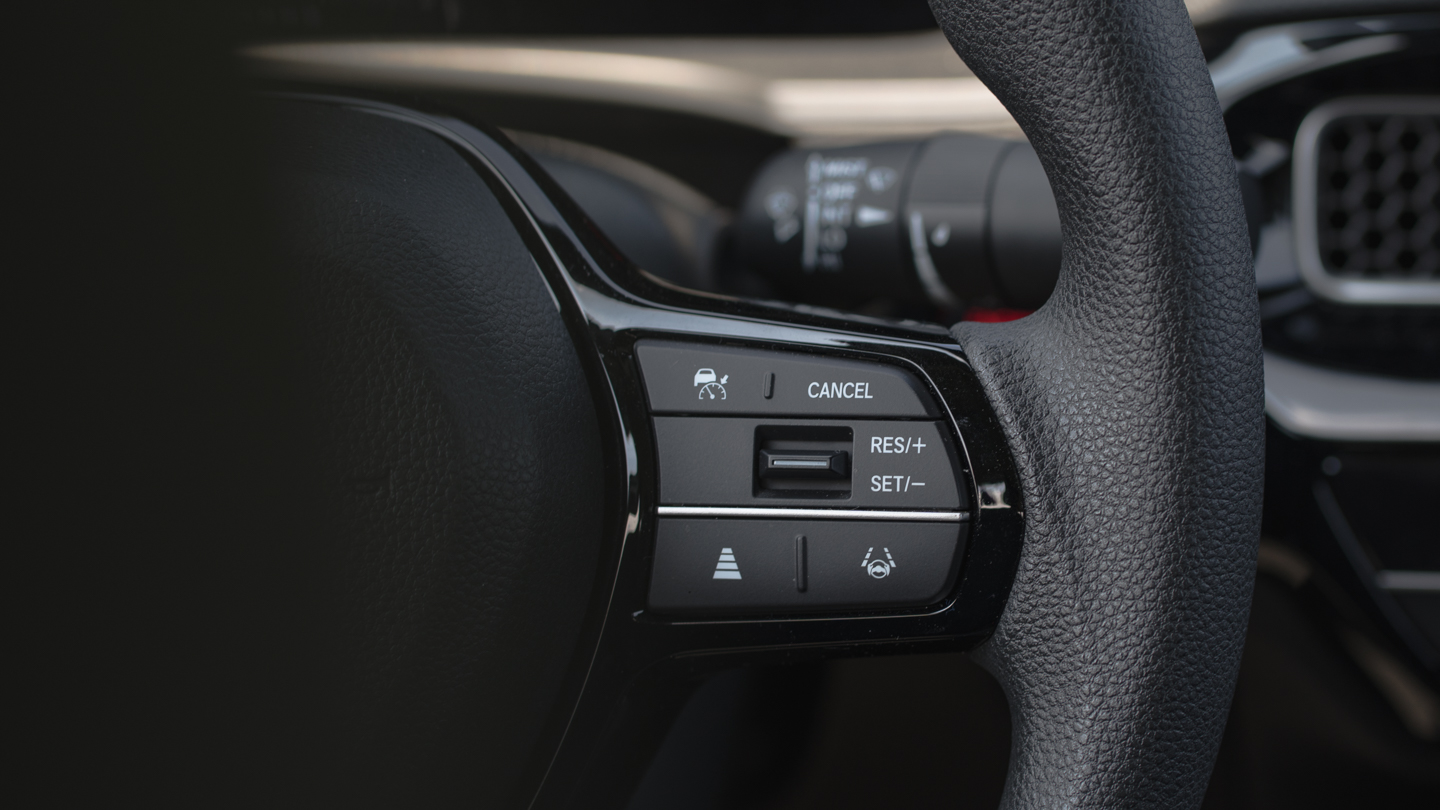 The important thing to note here is that the engine and transmission options are the same across the board, the same can be said for the Honda Sensing. All variants of the Civic carry the same engine, transmission, and safety tech, impressive right? 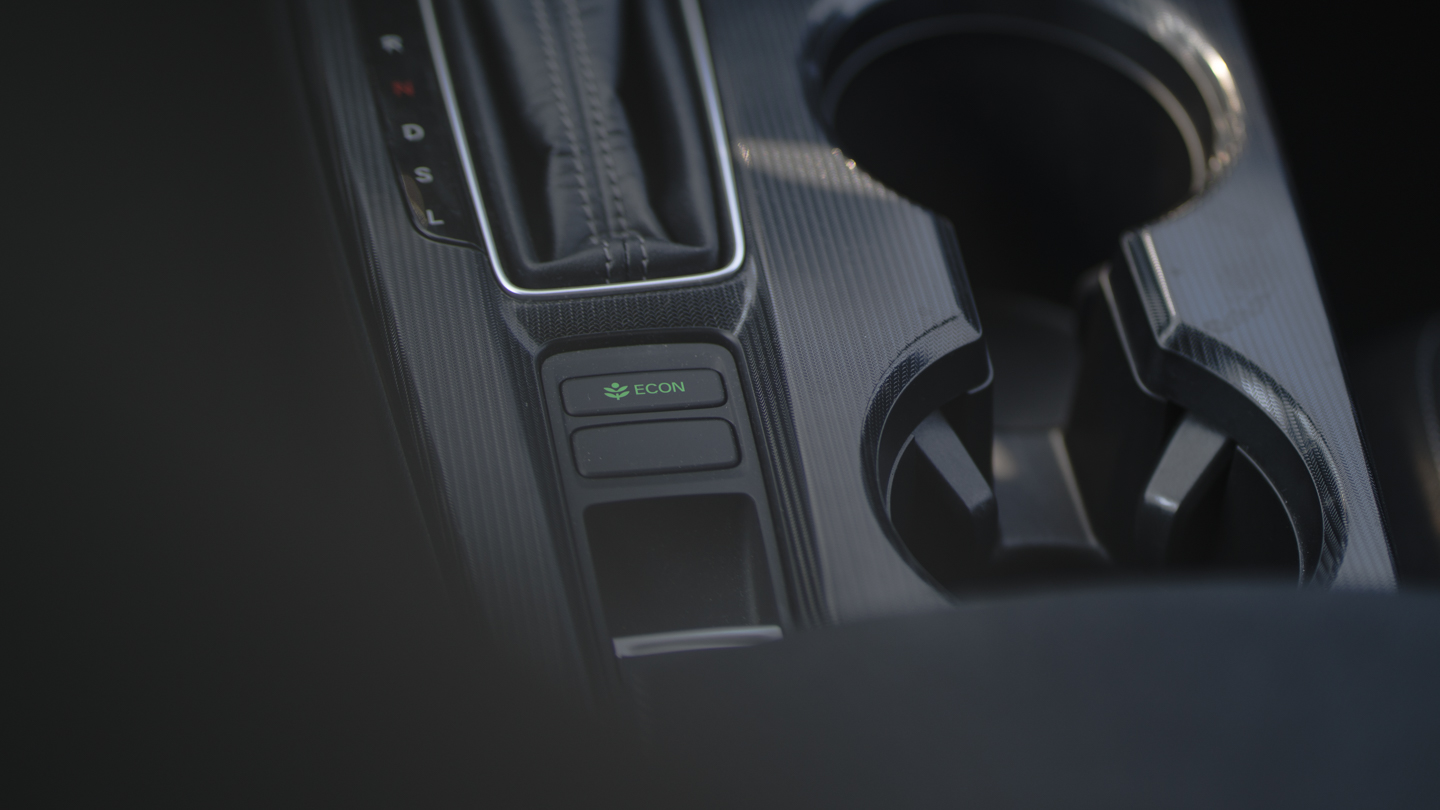 This is where the Civic makes its bones, any self-respecting car that bares that badge needs to be good to drive, and it is with a resounding YES! that I can say this new Civic drives like a dream.

Let me start with the engine, even if it’s an (updated) carry-over, for some reason it feels silkier and smoother now. At no point does the engine present itself until you really push it, and when you do, the power isn’t abrupt, it surges on smoothly and before you know it, you’re breaking the speed limit.

Despite its apparent heft, the car does not feel underpowered at all. Speaking of heft, the new Honda Civic feels absolutely solid to drive, the fit and finish of the interior led to zero rattles and clangs.

The solidness also translates to the handling, the steering is so on point for a mainstream sedan, and while spiritedly driving I noticed how the Civic moves as “one” car. It wasn’t like the body was detaching after every turn, I felt confident behind the wheel. 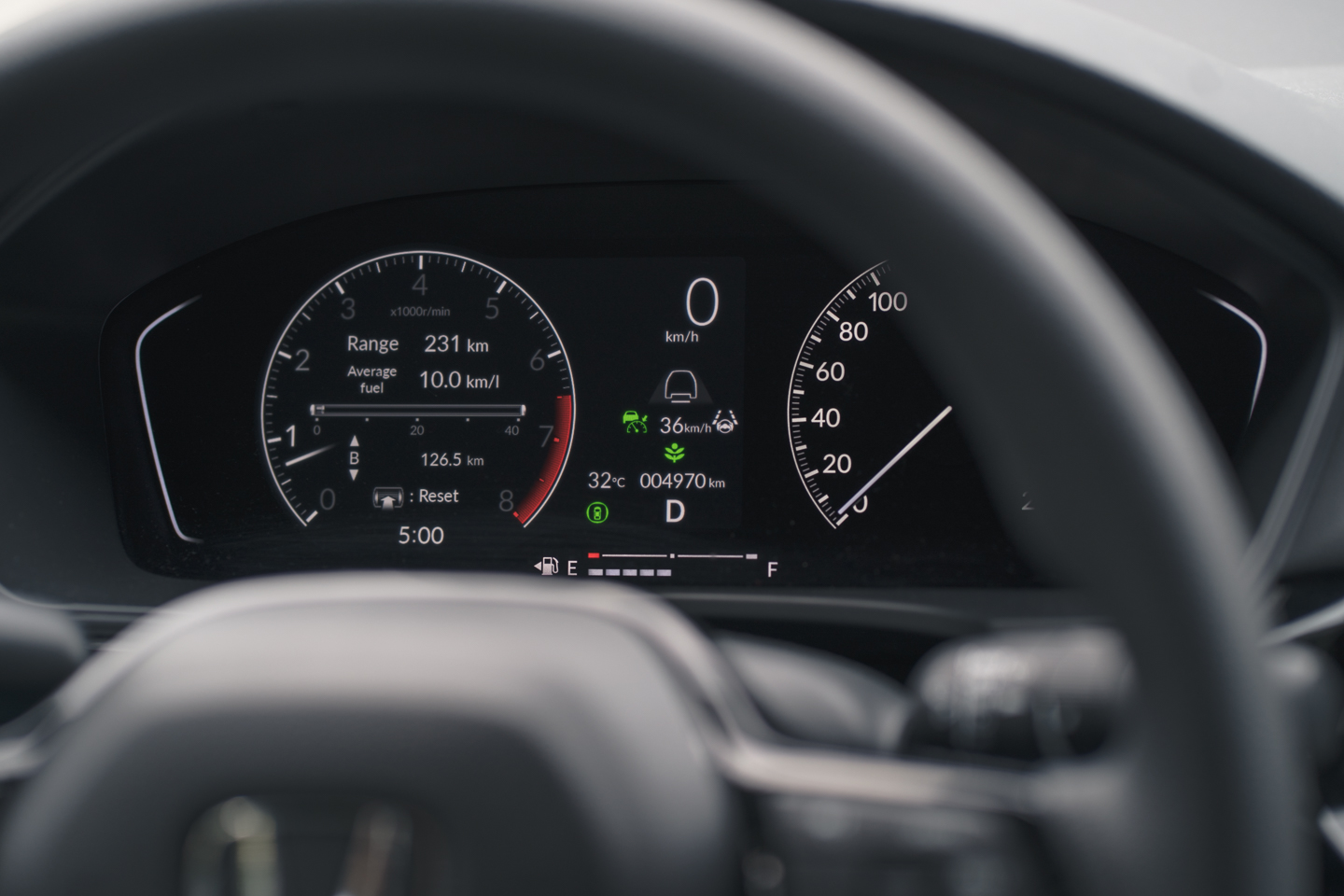 Next up is the Honda Sensing, which for me is the best thing about the whole car. I feel like today’s “autonomous” driving aides are just right, allowing you to have a more relaxing drive with added safety, but don’t rob you of driving fun.

The Honda Sensing technology, specifically the adaptive cruise control and lane-keep assist are God-sent. I was able to drive using Honda Sensing the whole length of NLEX and the Skyway with barely any input apart from keeping my hands on the wheel.

Even in the pouring rain, the sensors weren’t dimwitted, It managed to keep itself at a safe distance on the highway and slow itself down when needed. It was one of the most relaxing drives I’ve ever had, kudos to Honda.

Lastly, the fuel economy was better than I imagined, in the city, I was averaging 10km/l and on the highway a best of 15km/l.

Overall, the Civic is a car that makes you want to drive, with the time that I had with it I was coming up with stupid or nonsensical errands as an excuse to get in and drive. It is that good. 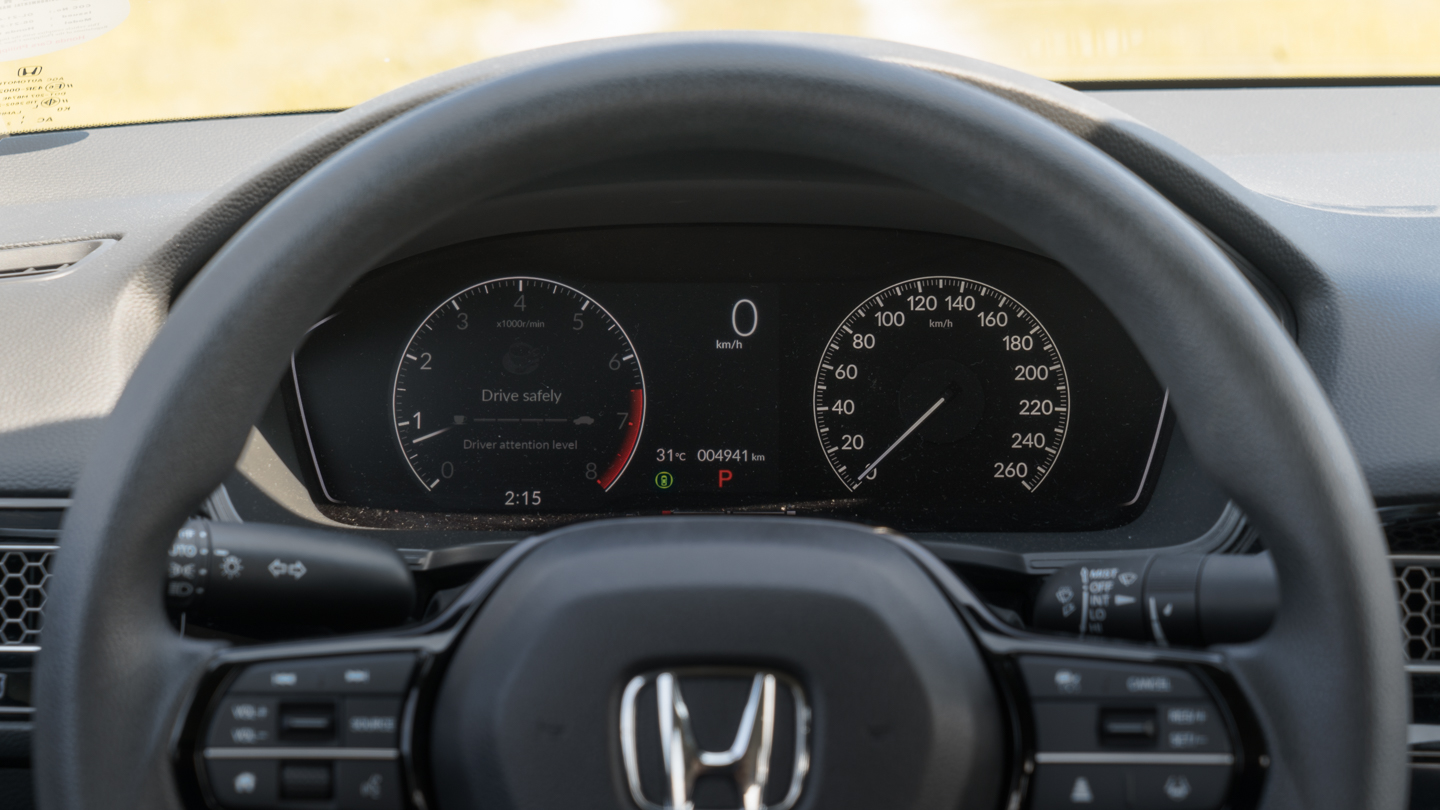 My only real gripes with the Civic are small, firstly I wish they gave it LED headlights and actual foglamps. In this day and age, those are almost pre-requisites for customers, and lastly, I would’ve wanted paddle shifters or a manual mode.

Don’t get me wrong, the CVT is fine on its own, it doesn’t lag at all but the Honda Civic is so good to drive that having a manual mode will enhance the driving experience even further. On certain occasions, I found myself either tapping behind the steering wheel or trying to shift the gear lever into “+ or -“. 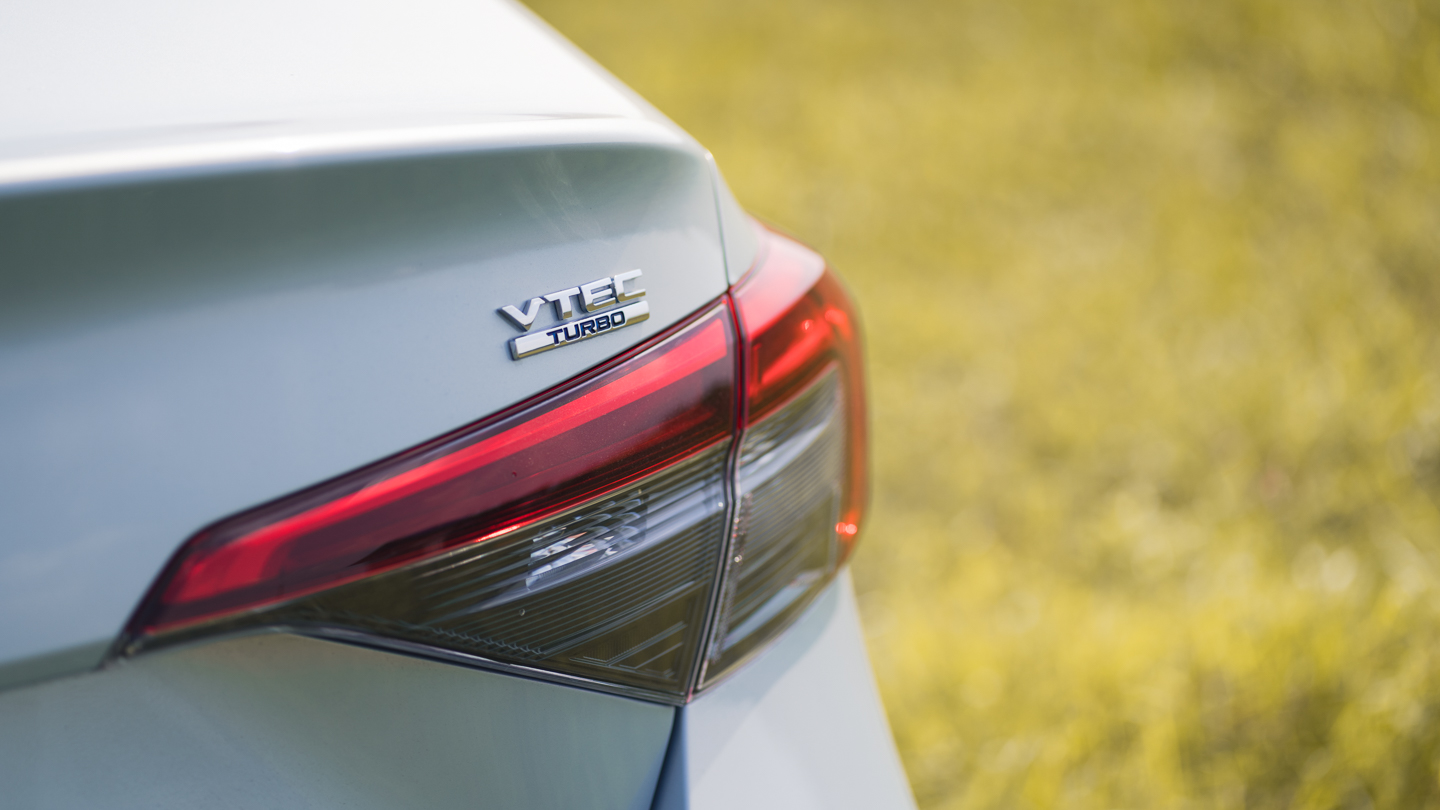 The entry-level Honda Civic 1.5 S Turbo CVT retails for PHP 1,290,000, which is a lot of money for a sedan. However, top-of-the-line sub-compact sedans such as the City, Vios, and Almera are pushing the deep end of PHP 1 Million already. For a little more you get this Civic with more space, power, and safety.

Honda really did well in packaging the new Civic, they made sure any customer wouldn’t want for anything more, and at the same time stuck to their roots by making sure it was a hoot to drive as well.

The new Honda Civic reminded me why I love sedans so much, and in this case, I’m actually thinking of getting myself one.