Pickup Platform Vehicles (PPVs) are the most sought-after types of passenger vehicles in the Philippines. On a daily basis, one cannot miss seeing a Fortuner, Terra, MU-X, and Montero Sport. As is the title of this review, we will be focusing on the Mitsubishi offering, given that the brand has just injected new (racing) life into the popular nameplate.

The current generation Montero Sport has been around for quite a while now, only receiving a facelift back in 2019. Since then a whole host of special editions have come and gone, none as significant as this one; the Black Series Ralliart edition.

Let’s get some facts straight first, while it does bare the ‘Ralliart’ name, all of the enhancements are purely aesthetic. To explain it further, it’s like me buying all the Ralliart racing jackets complete with stickers and designs, I may look the part but it doesn’t make me drive like a Ralliart driver at all.

Nonetheless, no matter the opinion of others I appreciate the design touches added to the Montero Sport Ralliart. The fact that it is based on another special edition (Black Series) adds more aggressive sportiness to the whole design. It has a blacked-out version of the dynamic shield grille, rims, and spoiler. The Ralliart pieces include black and red front and rear diffusers, side decals, floor mats, and (my favorite) red Ralliart mud flaps. I know some may find the decals gaudy or a bit too much however I like them. It’s a Ralliart for crying out loud, Mitsubishi did well by going all out with the design. 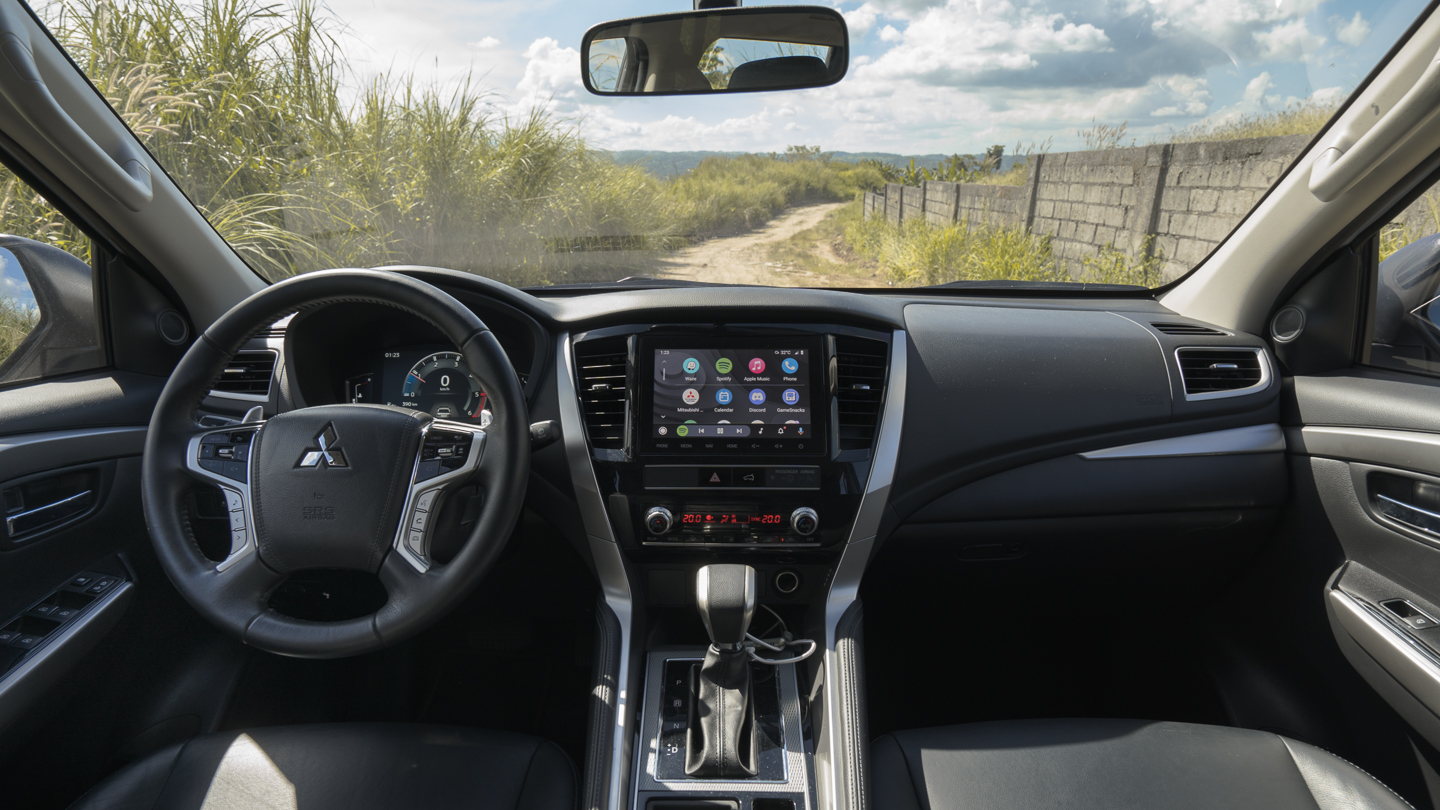 Inside things remain unchanged and similar, nothing about it screams Ralliart apart from the aforementioned floor mats. It was nice though to get reacquainted with the comfortable, durable, and yet plush interior of the Montero Sport. Having driven most of its refreshed and rejuvenated rivals I thought the ‘Monty’ would’ve felt left behind, but I was wrong. The brand did a good job of making the interior feel modern for as long as possible. 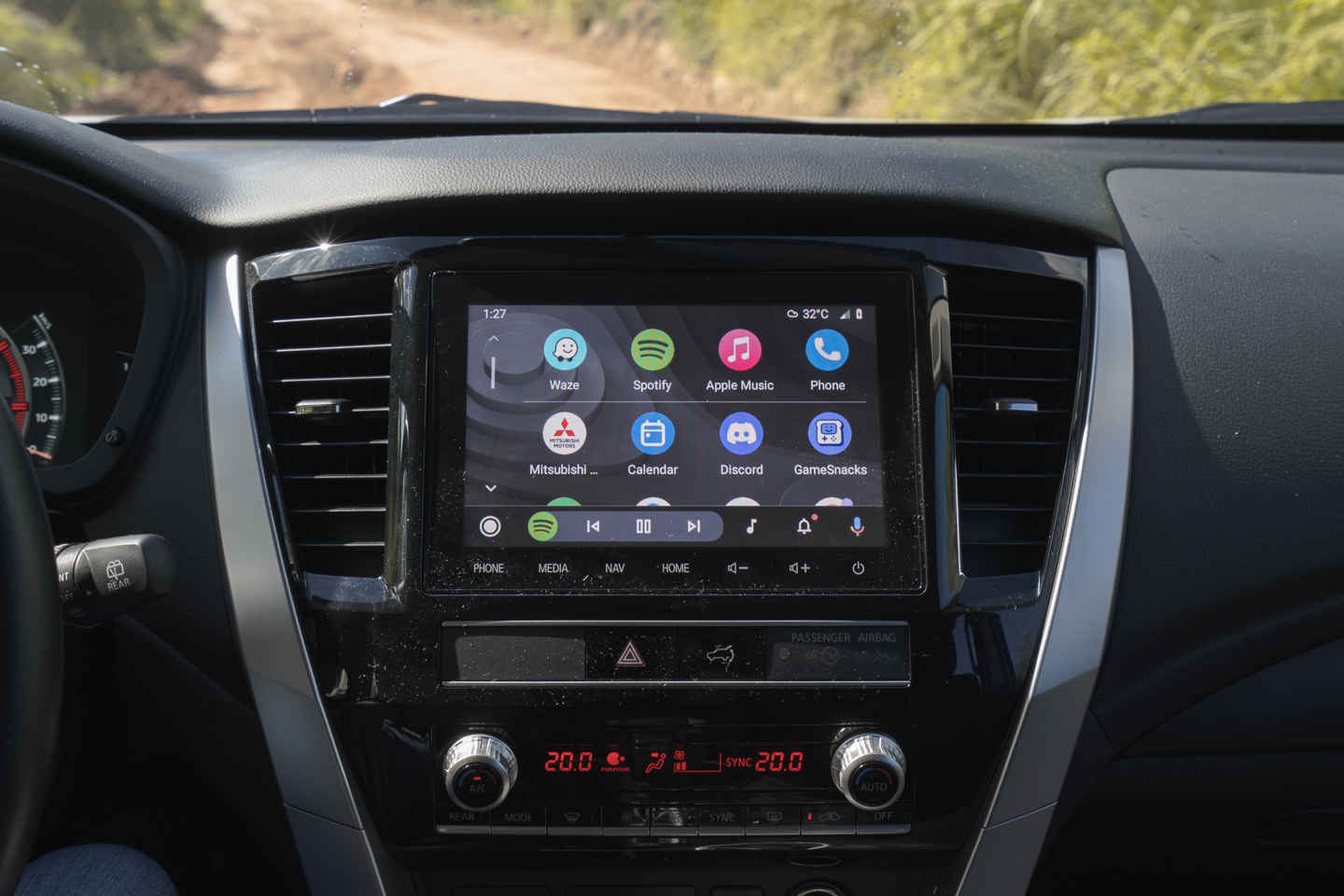 It has a fully digital and highly customizable instrument panel, automatically adjustable front seats, and an 8-inch touchscreen infotainment system with Apple Carplay and Android Auto. I also really liked how comfortable the leather seats are, personally they could be one of the best in its class. Overall, stepping into a current-generation Mitsubishi Montero Sport doesn’t send you back in time. It still feels as modern as its rivals and better yet, it’s ergonomically sound. You need not be a Pilot or Astronaut to figure out how to operate the vehicle. The Mitsubishi Montero Sport Ralliart still carries the same (4N15) 2.4-liter turbocharged MIVEC clean diesel engine that churns out 181 Ps and 430 Nm of torque. All that power is sent to the rear wheels via an 8-speed automatic transmission. Despite the sporting nature of the Ralliart nameplate, the vehicle remains as comfortable as ever. That has always been the ‘Monty’s’ calling card, the ride isn’t by any means sedan level of comfort, but compared to the rivals the Ralliart can rock babies and sleepy passengers into a comfortable slumber.

In its class the Ralliart has the least powerful engine on paper, however, it certainly doesn’t feel that way. It pulls well-off standing starts and can easily get up to higher speeds with just the slightest touch of the accelerator. I must say that the Montero feels most comfortable on the highway, this vehicle loves to cruise along effortlessly.

My one small gripe about its driving has to be the steering, while it isn’t completely without feel there is some “play” in the steering. It’s not as direct as most of the rivals are nowadays, which in turn makes the Ralliart’s steering feel artificial. What is good though is the road feel, I can feel the relevant bumps and ruts on the road giving me confidence while driving on all surfaces.

In short, the Ralliart feels like any other Monty, which isn’t an insult at all. It remains comfortable, predictable, and sporty. 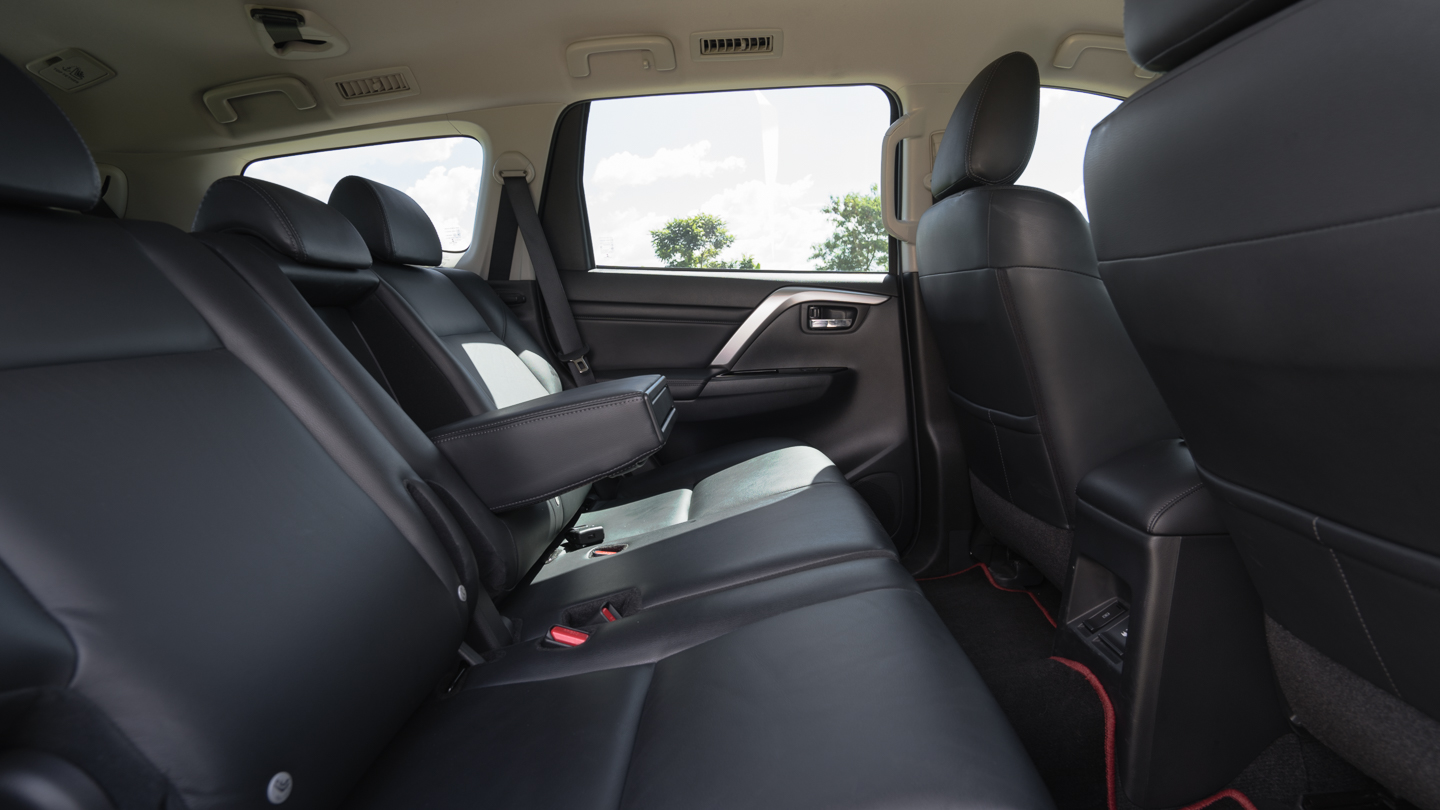 It’s time to address the enormous elephant in the room. The Mitsubishi Montero Sport Ralliart does not come as a 4×4, which for me is a tragedy because of what the badge stands for. Ralliart is legendary for its off-the-beaten-path exploits and Dakar rally domination, yet Mitsubishi strangely didn’t give it 4×4 capabilities. I mean come on, that should have been rule number one right?

Next up is the lack of certain features, at this price point one would expect things like automatic headlights and rain wipers but sadly the Ralliart has neither. Lastly is fuel economy, even if it does come with an 8-speed automatic transmission the gear ratios were short, so on the highway, it wasn’t as economical as it could have been. City driving registered at 9 km/l and highway driving got up to a high of 12 km/l. The 2023 Mitsubishi Montero Sport Black Series Ralliart retails for PHP 2,122,000 which isn’t so expensive compared to its rivals. Despite my (warranted) reservations about its lack of 4×4 capabilities it still remains a very solid choice for those who want a PPV that is reliable, capable, comfortable, and stands out from the sea of PPVs.

Even if it’s due for a full model refresh, I am still strangely drawn to the Mitsubishi Montero Sport, there’s just something about the overall package that just makes sense to me. It’s one of those vehicles that needs to be driven or ridden to fully appreciate the appeal it offers.

Mitsubishi did a very good job at making the Montero have longevity in terms of driving and design, and if you’re a fan it now comes with Ralliart heritage too… well sort of.