Toyota Motor Philippines (TMP) wanted to start 2022 with a bang, and that’s exactly what it did by launching its first sub-compact crossover the Toyota Raize.

Even before the Raize officially graced the local showrooms, it was already generating a lot of noise and attention. Most people were curious about what it had to offer given that it was: affordable, small but tall, and a Toyota.

Fast forward to now and it’s safe to say that the Raize has become a success for Toyota, the question I have is if the Raize deserves praise or criticism. To answer that question I decided to borrow the top-of-the-line non-turbo variant 1.2 G CVT.

Right off the bat, I have something bold to claim, the Raize’s design is actually very gender-neutral. What do I mean? Toyota did a very good job by making the design appeal to all genders. 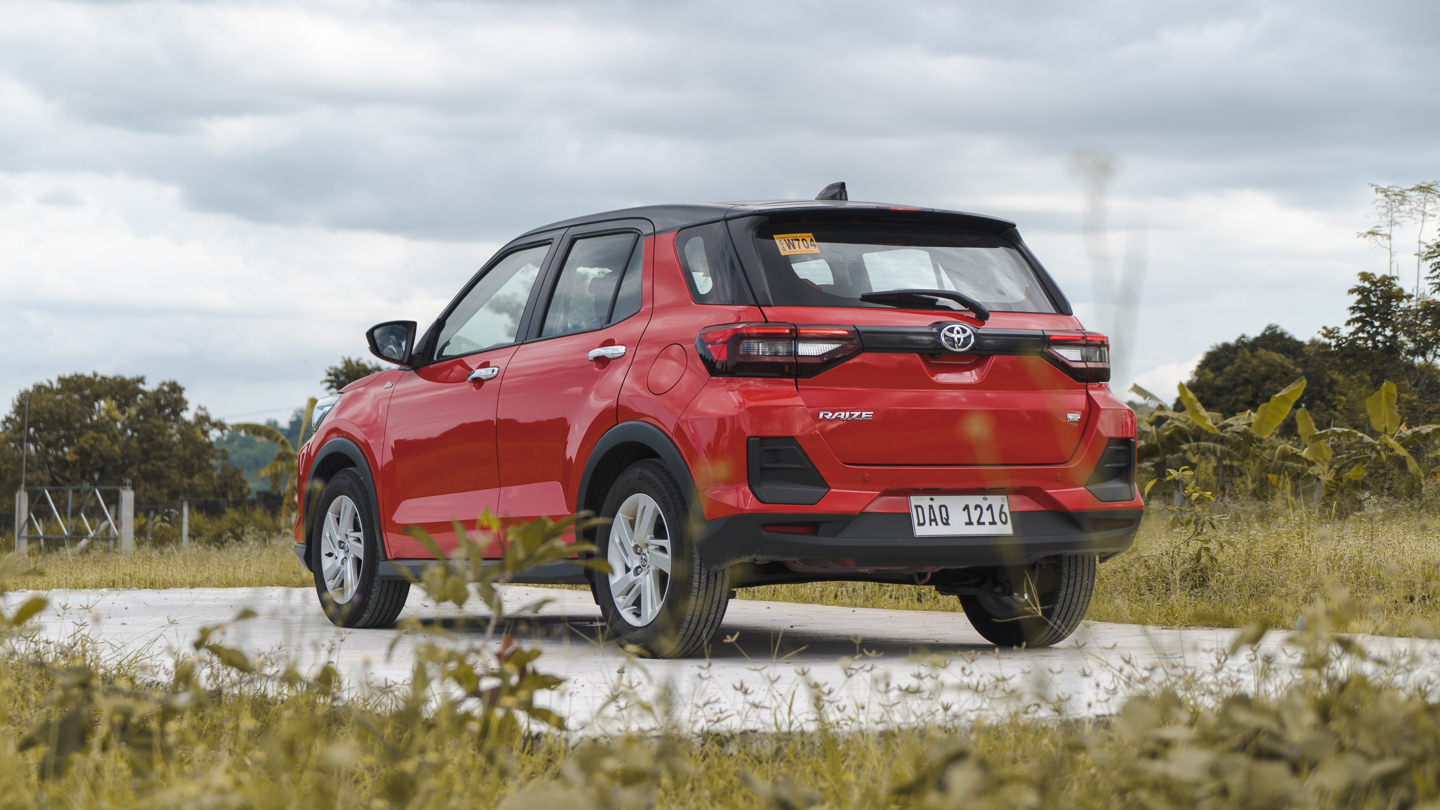 The front has some features that tie the design to its other Daihatsu-Toyota siblings, such as the sharp LED headlights that are similar to those found in the Avanza and Veloz. I like the fact that the brand still decided to put nice LED DRLs, while the Raize also comes with foglamps although in halogen form. 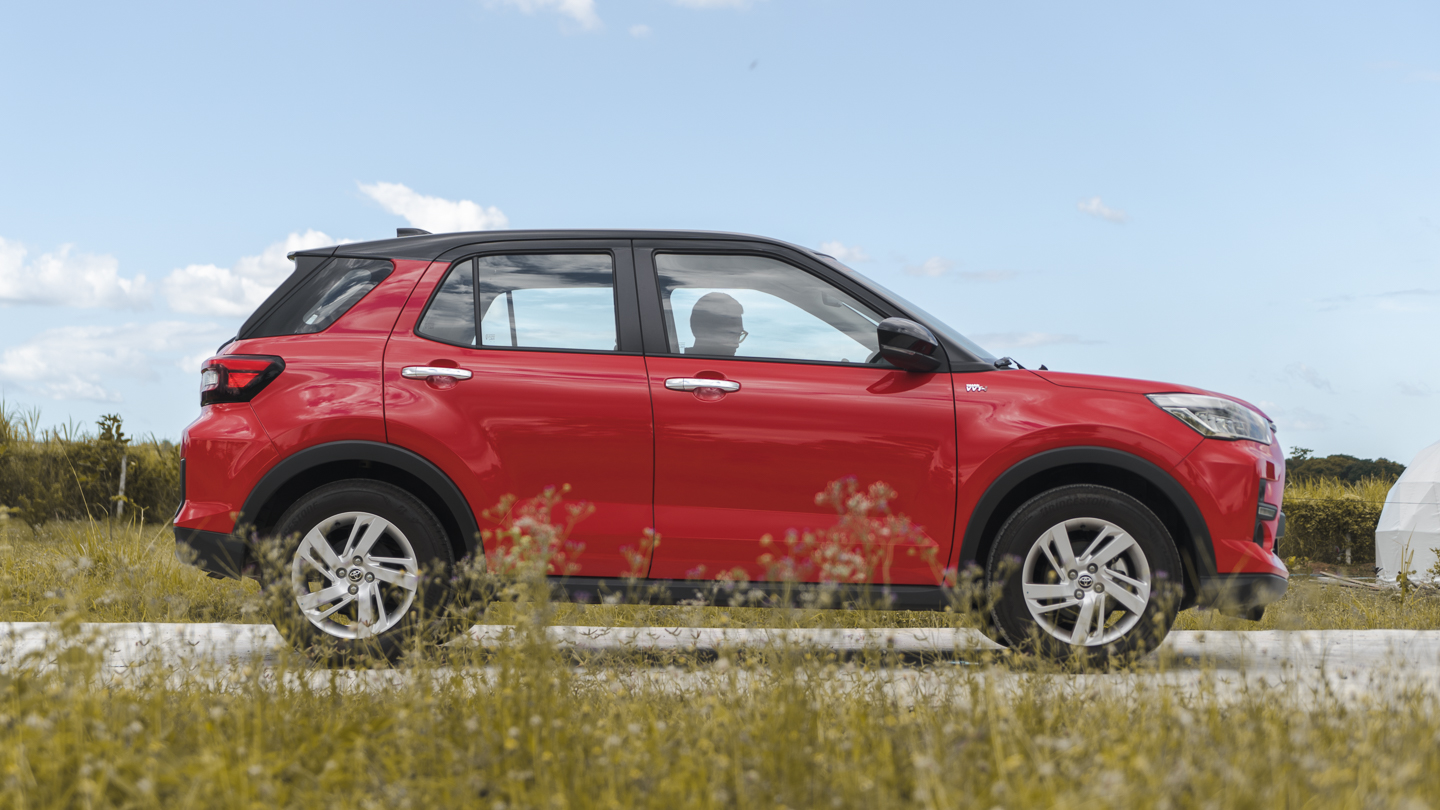 On the side, the two-tone colorway is noticeable although upon checking only the Turbo comes standard with a two-tone finish. The 1.2 G and other variants can have it done as an add-on in the dealership for a fee. Personally, if you ask me, the 1.2 G looks better off without the two-tone finish, it doesn’t match the chrome-plated door handles.

This variant also has 16-inch alloy wheels, turn light indicators, and a smart-entry system which is cool considering its price point. 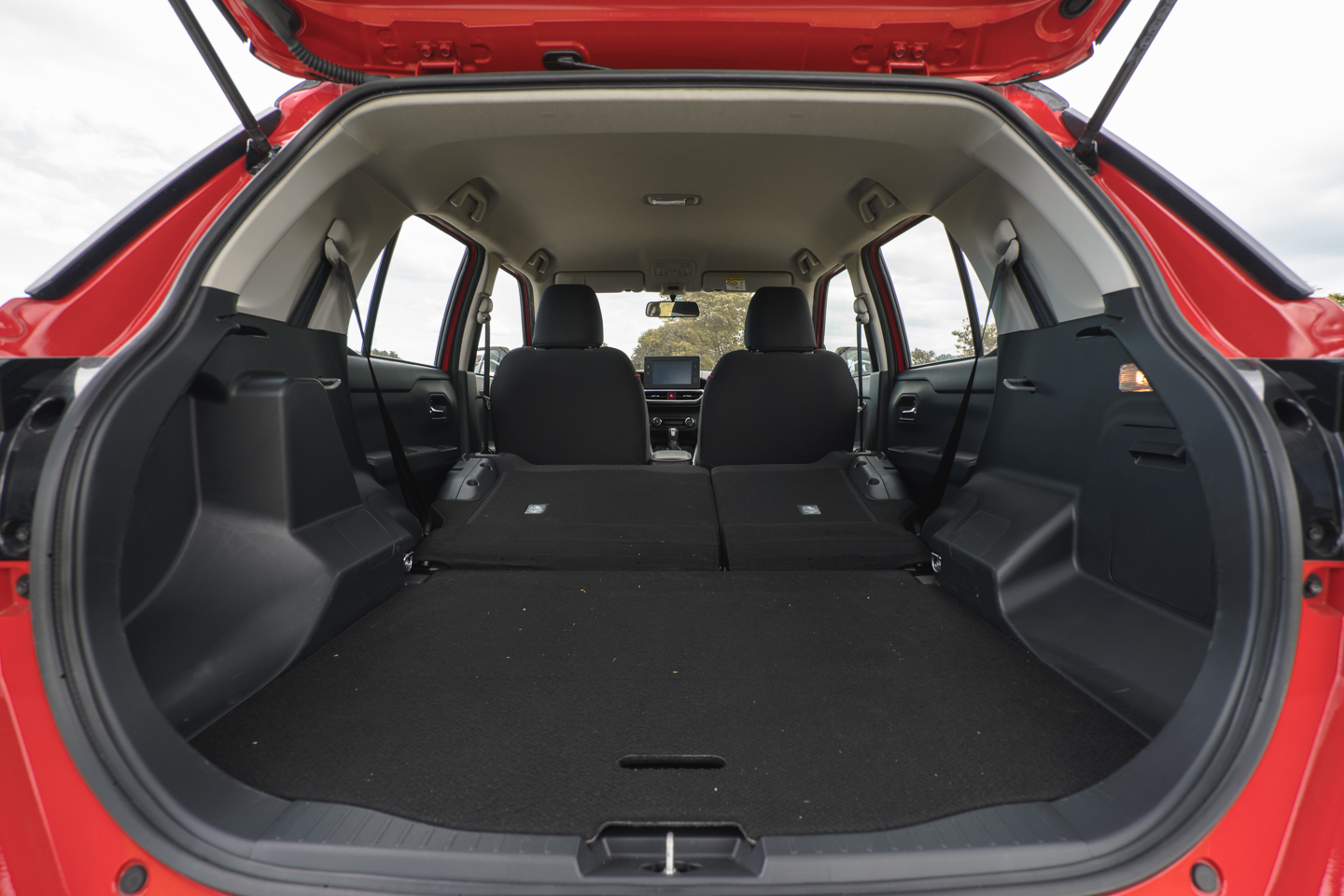 Inside is where the Raize starts to make the most sense, the amount of space allotted for the passengers is plentiful. The headroom is more than sufficient while the legroom in each seat can best some of the cars above its class. When it comes to space, the Raize has it in spades.

In terms of the interior layout, I’m happy to report that Toyota didn’t do anything to confuse any future buyers. They kept in mind that the target market are primarily first-time car buyers or upgrading from old cars, best to keep it simple and they did. 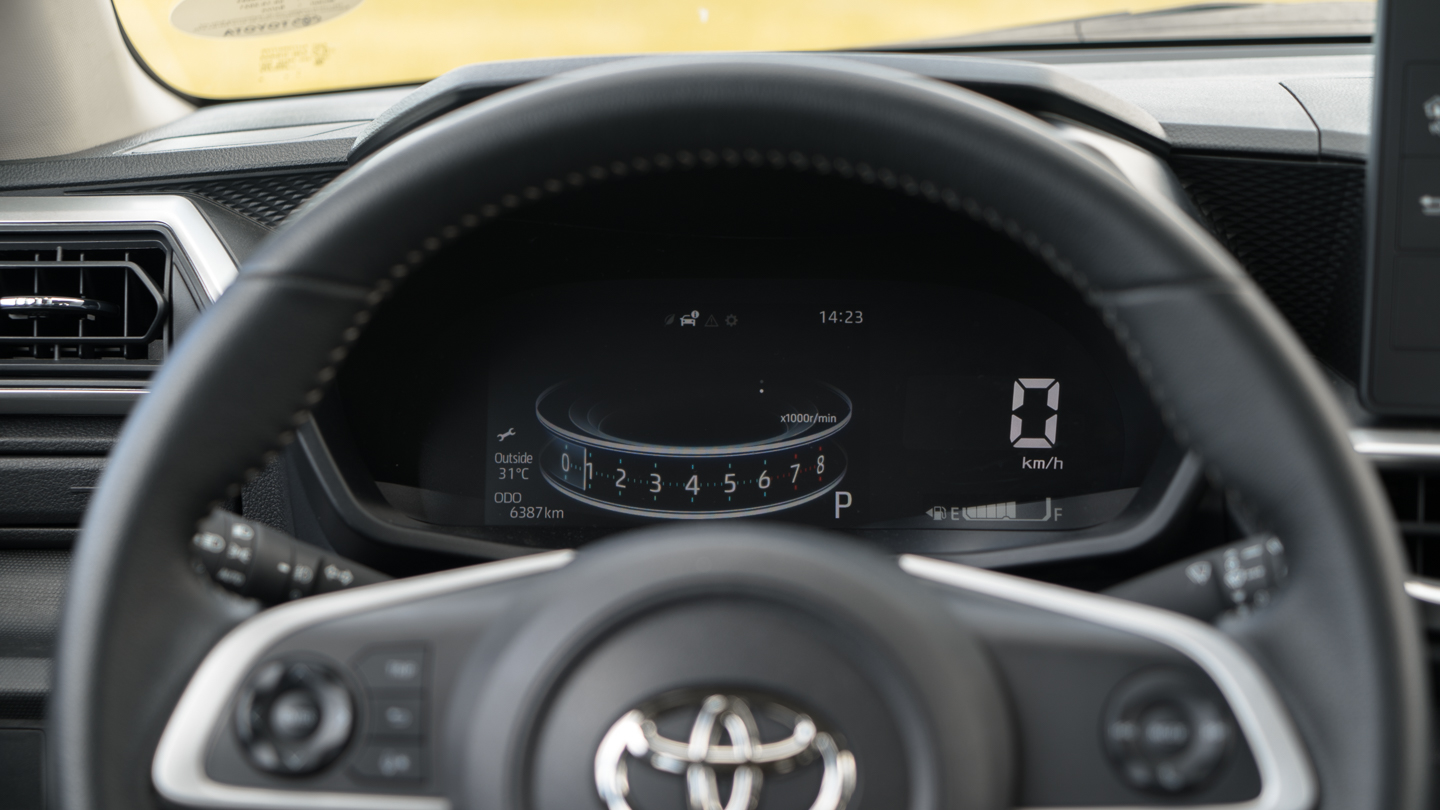 It has a 7-inch digital instrument panel that displays the usual car information like fuel economy, speed, and revs, but it goes even deeper by offering alerts and updates for birthdays, and anniversaries, it can even tell you when you should get the car serviced. I was honestly astonished at how much “depth” the often overlooked instrument cluster has given that most cars that cost much more don’t have the same features. 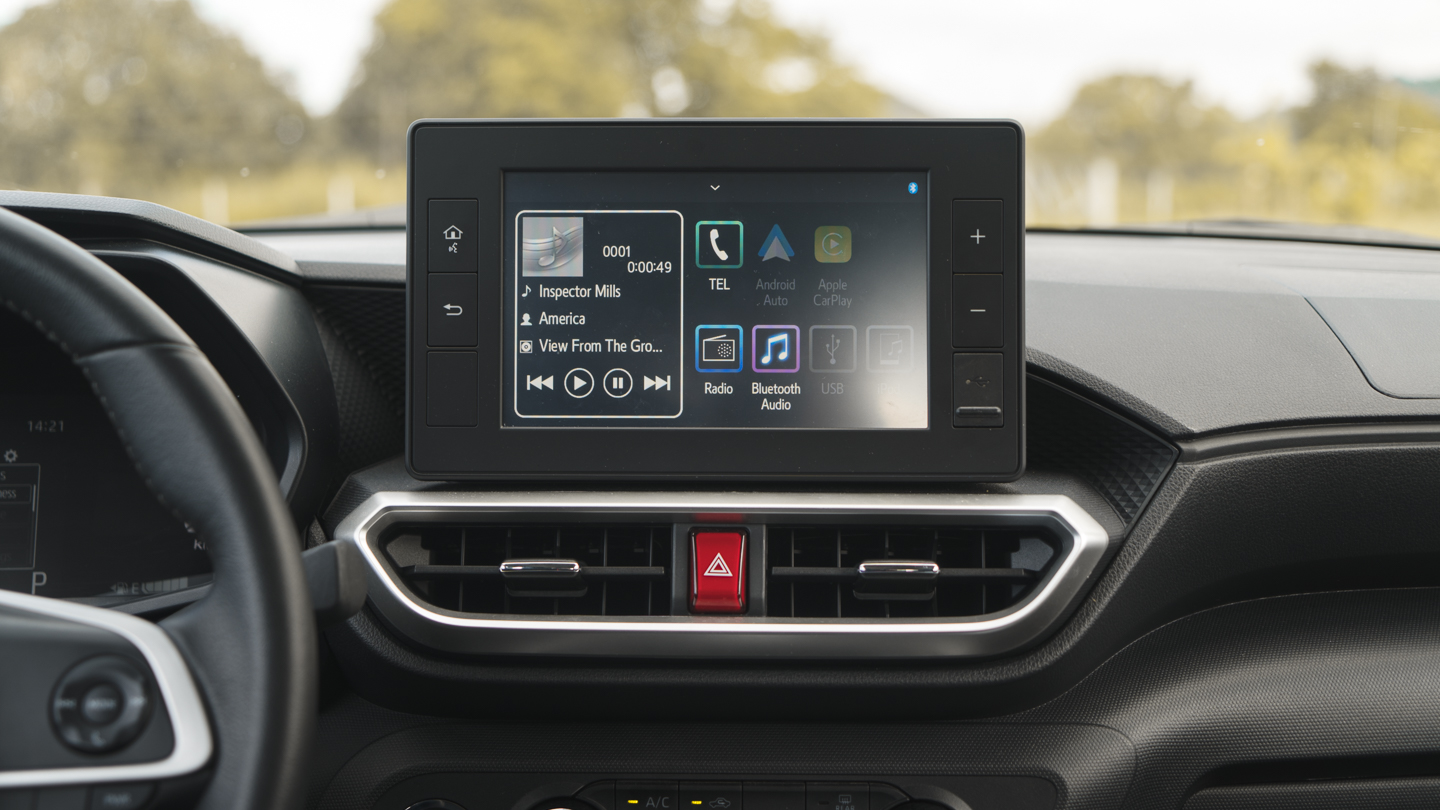 Moving on, the rest of the interior has features that continued to surprise me. It has automatic headlights, an 8-inch touchscreen display with Apple Carplay and Android Auto, and a single-zone automatic climate control system. 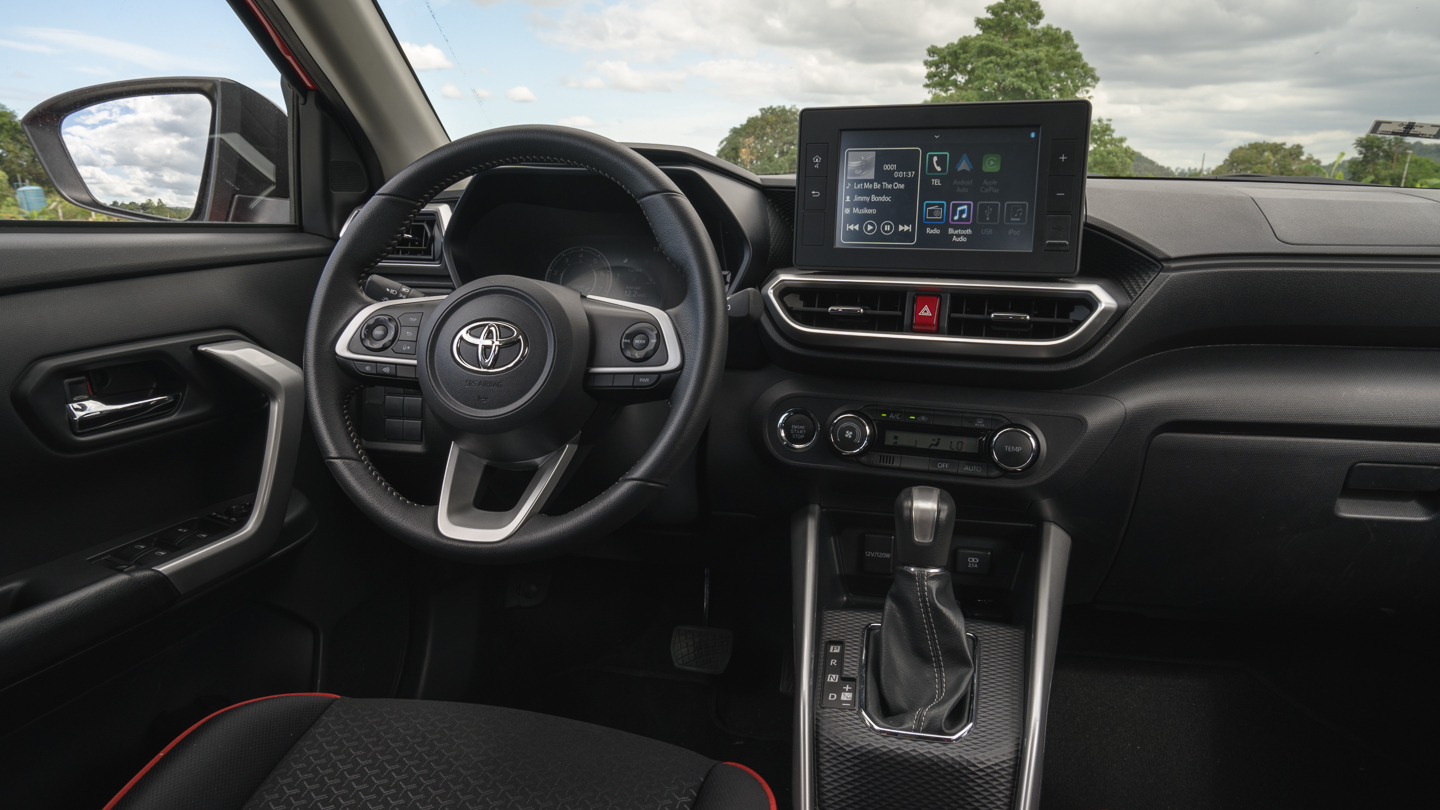 In short, the interior of the Raize is very well packaged in terms of space and features, however, there is one thing inside that needs to be improved, which I’ll get to later. Under the hood of the non-turbo, is a 1.2-liter 3-cylinder naturally aspirated engine with 88 PS and 113Nm of torque. Shifting is done through a continuously variable transmission (CVT), while power is sent to the front wheels. 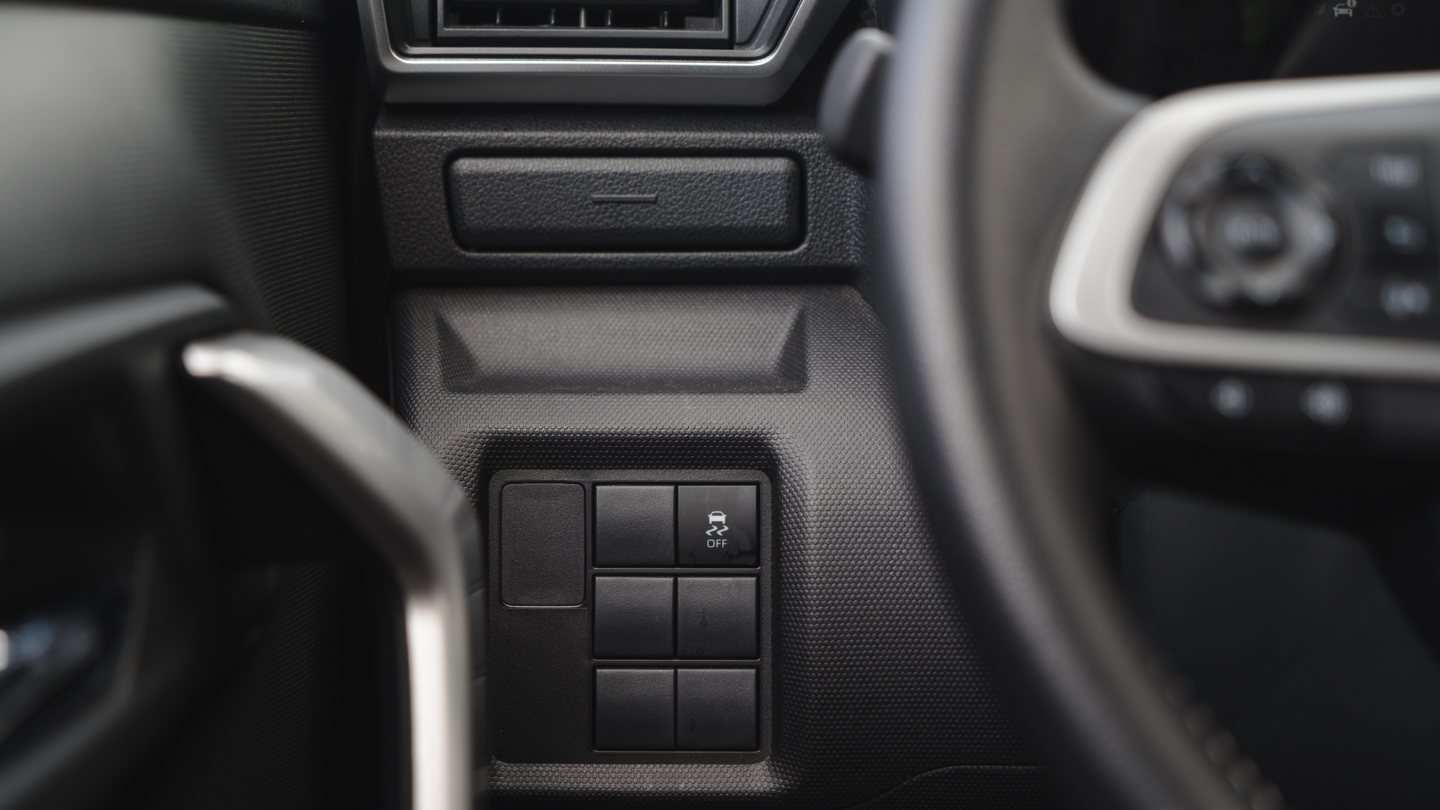 The Raize 1.2 G CVT does not come with Toyota Safety Sense (TSS), but it still has dual airbags, ABS, Traction control, and backup sensors with a camera. Not bad at all. 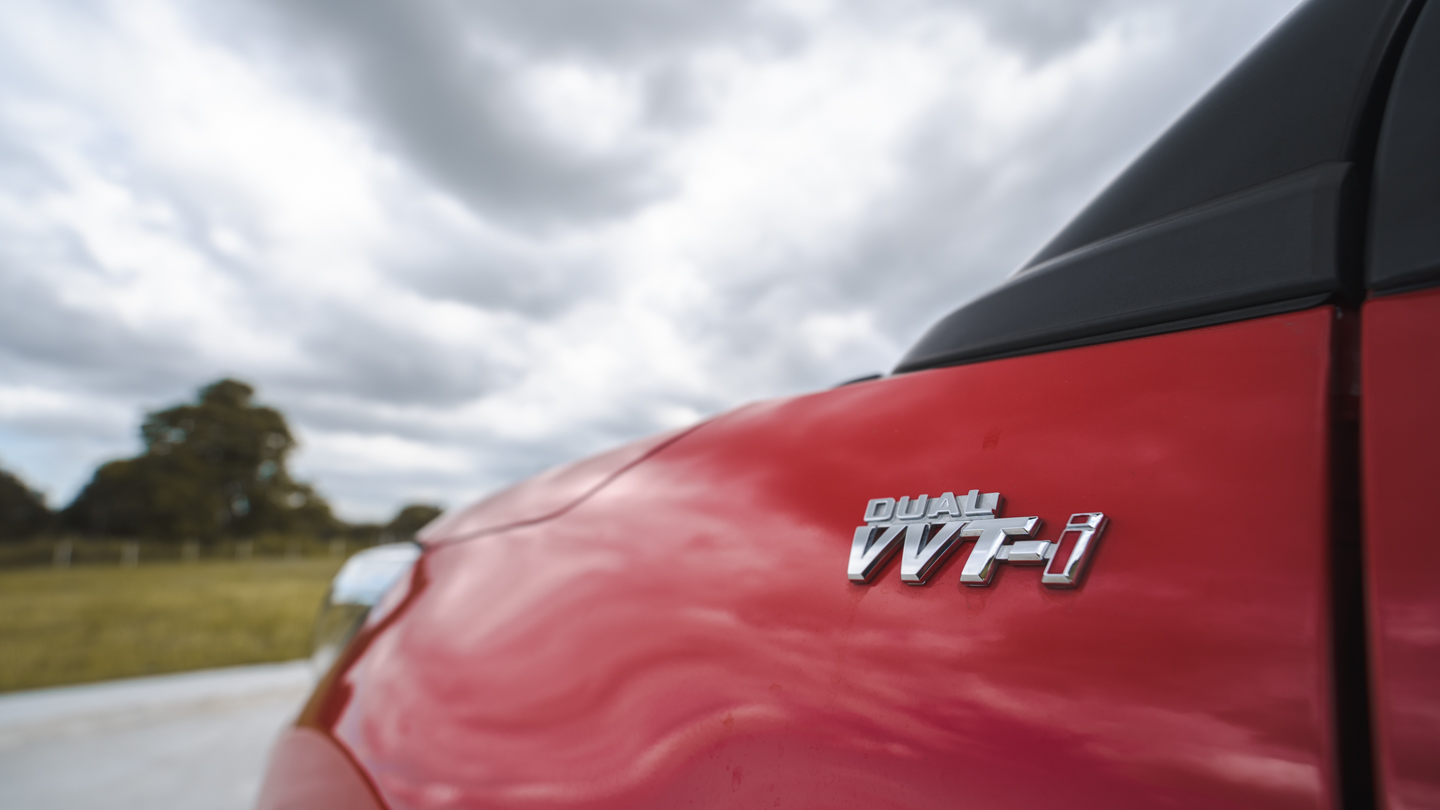 You would think that because of the minuscule engine that the Toyota Raize 1.2 G CVT is slow. I won’t blame you because I personally thought it would be as well, but I was astonished to drive it and find out that it has the right amount of power. 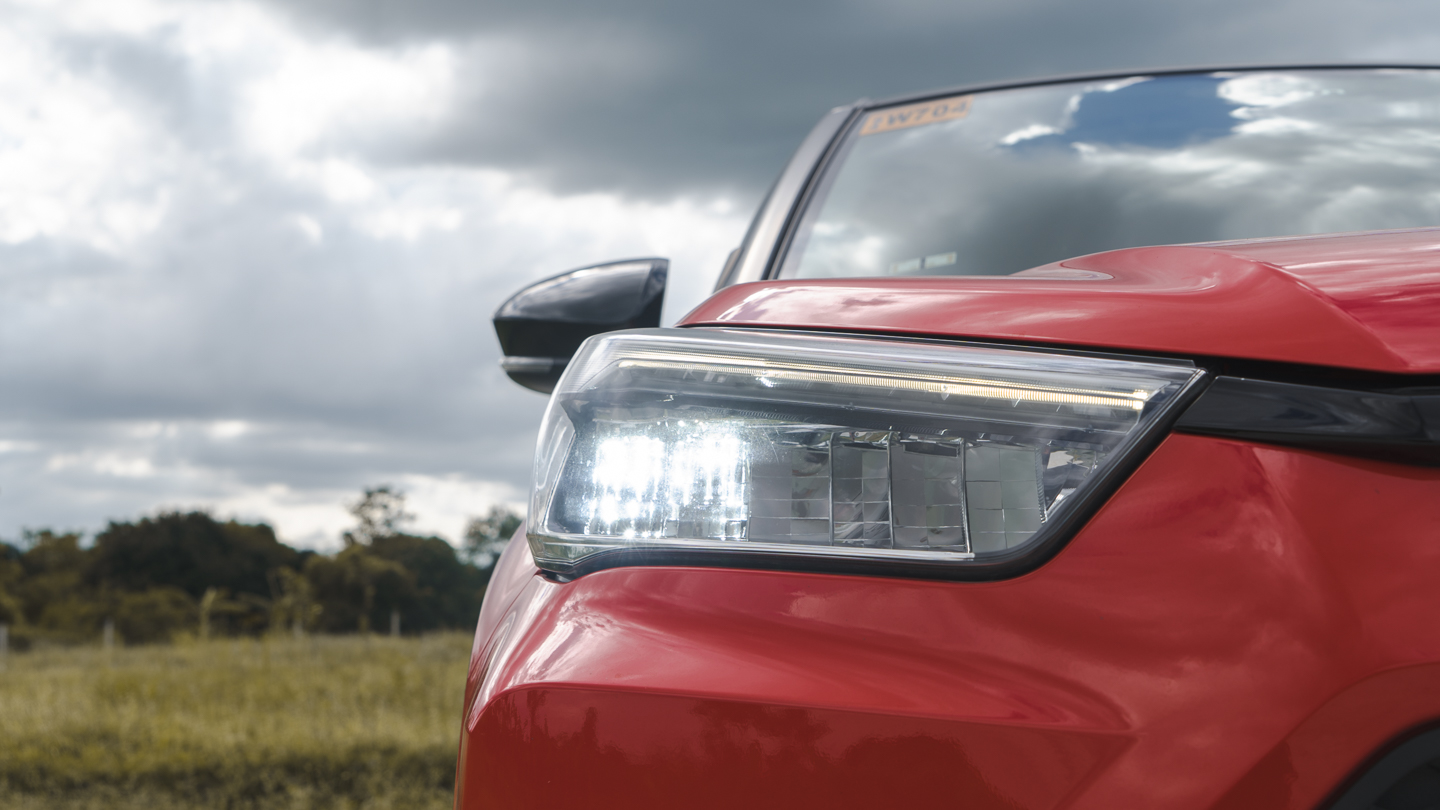 Off the line, the car almost pounces instead of being sluggish, and even in normal mode it can easily keep up and speed up without any complaints from the powertrain. I think the “peppy-ness” comes from the well-tuned CVT, it doesn’t feel like it’s restricting the Raize’s forward momentum at all. It can hold shifts if you want it to or it can seamlessly upshift for better fuel economy. 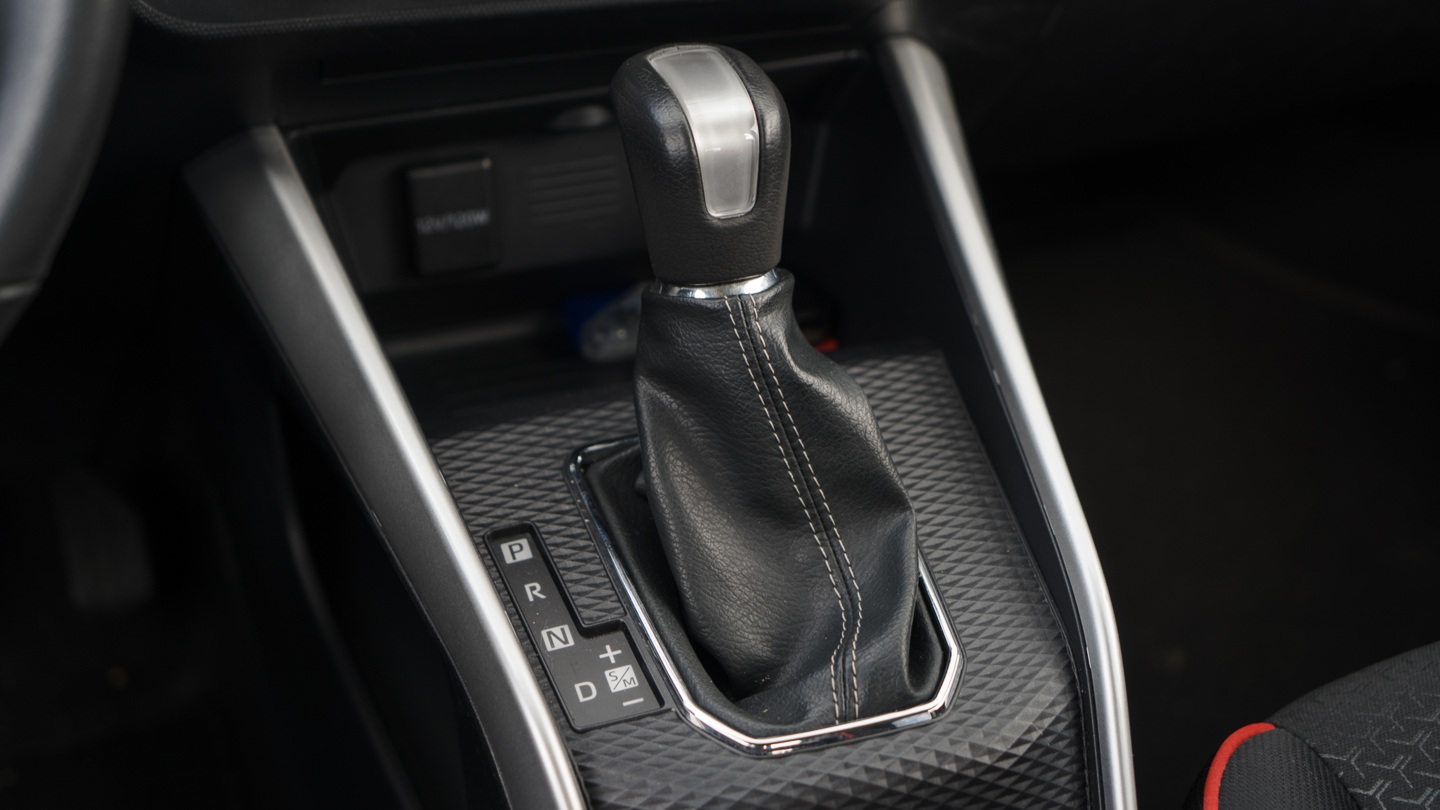 In the handling department, the Raize manages to be exactly what it should be; predictable and safe. As mentioned above this car will be bought by first-time car owners and the way it drives and handles needs to be something accessible and approachable to them. The steering is light enough for in-city use but has enough weight that keeps it feeling natural, while the ride is more than decent. I would even go as far as saying it’s more comfortable than cars above its class. 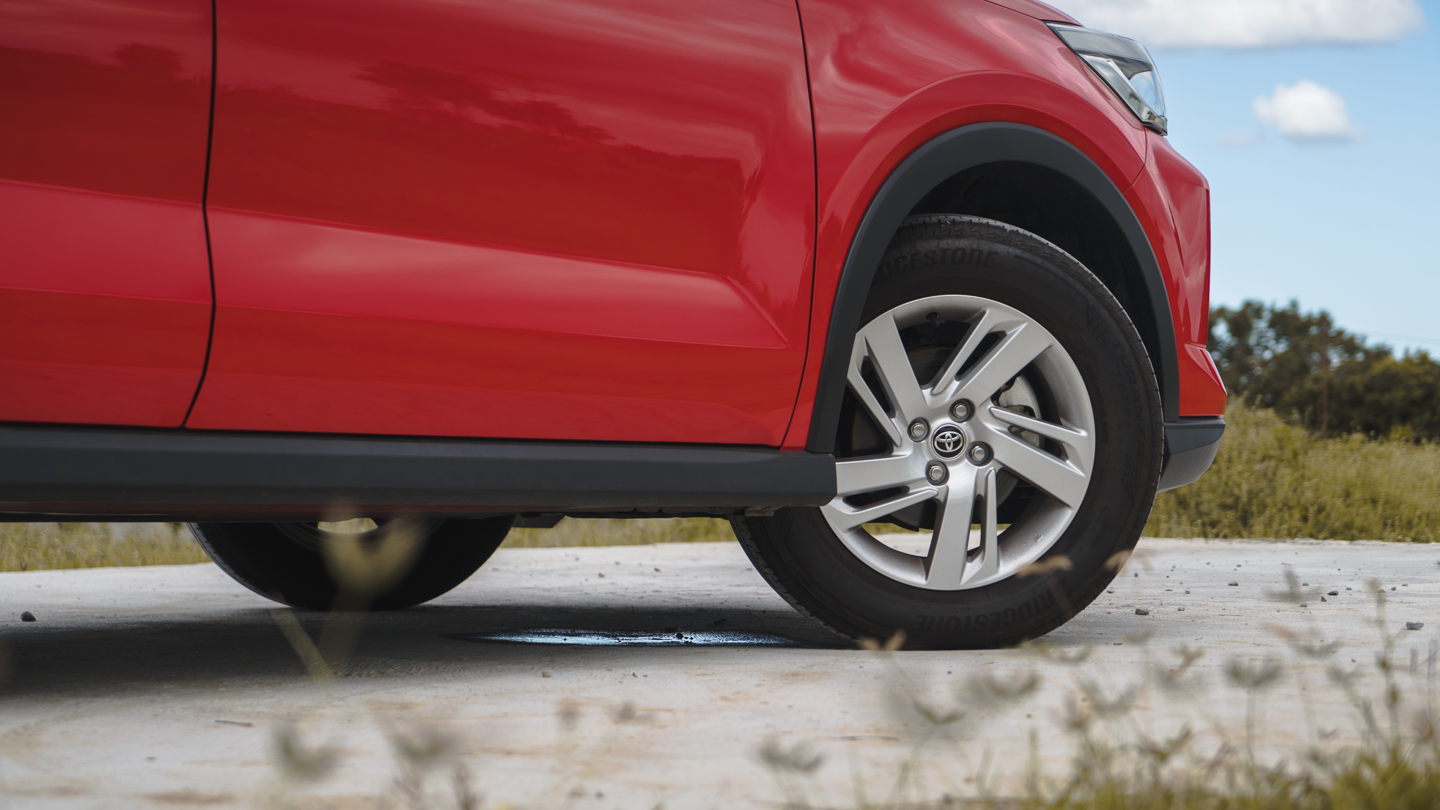 Its best driving characteristic though has to be the fuel economy, the Raize sips fuel in the literal sense. Before we took it out of town to do the video review, I had done 2 days of inter-city driving. In heavy traffic, the Raize was able to do 10 km/l, and it only dropped one bar of fuel (from a full tank) on the third day while traversing NLEX. Speaking of the highway, the Raize was able to reach as high as 24 km/l doing an average of 85-95 km/h.

As a kicker I checked the fuel tank capacity, the car only comes with a 36-liter tank, and yet I only fueled it up once the whole week I had it. 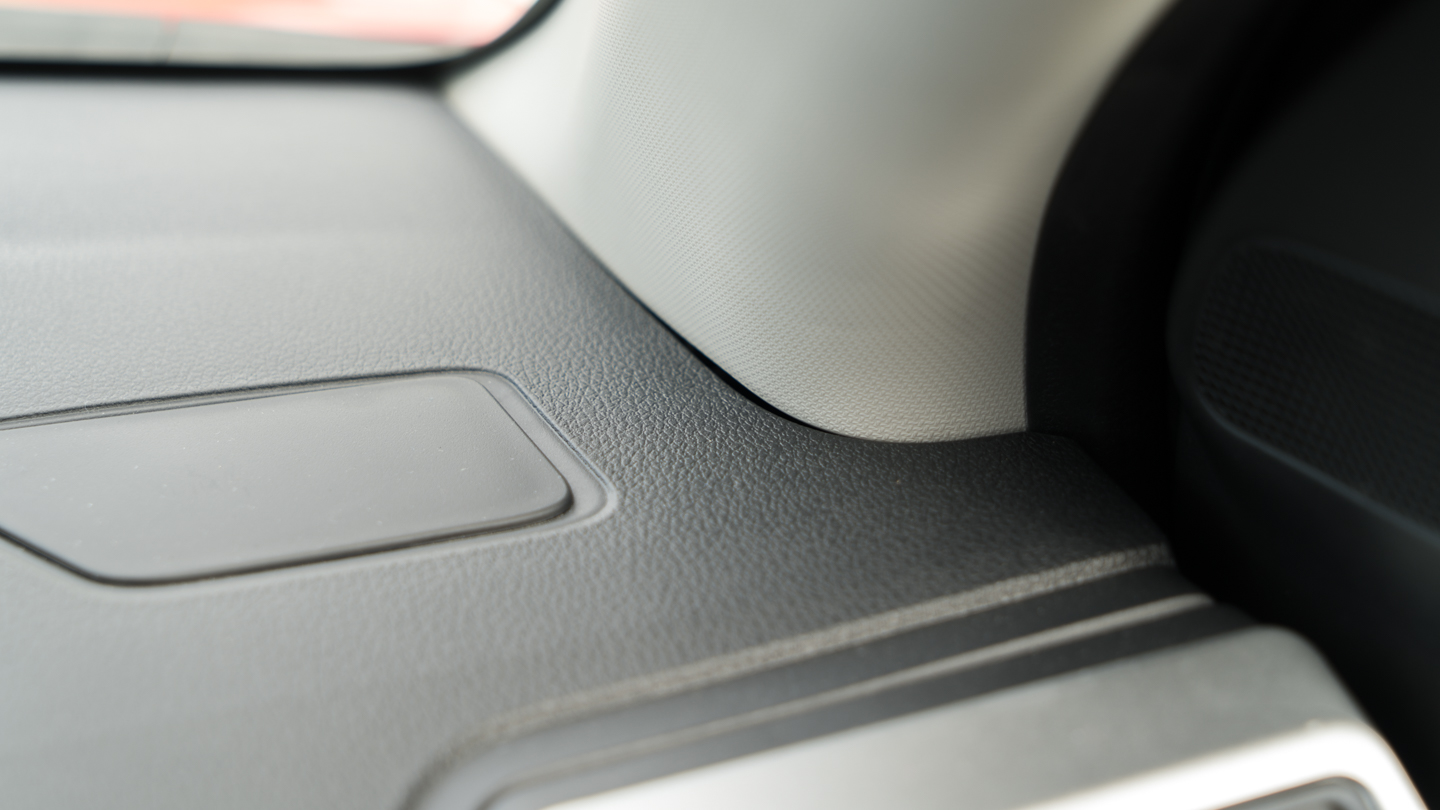 Remember I mentioned that I had a problem with one part of the interior? well, it’s the refinement. I understand that Toyota needed to build the Raize on a budget in order to keep the price low, but the plastic used for the dashboard isn’t exactly up to snuff.

I’m sure there are better materials out there because while idling the 3-cylinder engine vibrates more than a 4-cylinder. This was made apparent by the fact that the infotainment screen shakes because of the plastic used. Not to mention that some of the dashboard panels weren’t fitted snuggly which presented some small panel gaps.

The Toyota Raize 1.2 G CVT retails for PHP 926,000 pesos only. Yes only! for considerably under PHP 1 Million it comes with a lot of standard equipment and a very fuel-efficient but powerful (enough) engine.

Despite the refinement issues mentioned above, I still personally think the 1.2 G variant is a true bang-for-buck choice. You won’t regret getting one and I would recommend it to friends and family. It’s easy to see why so many are already on the road today; it’s not hyped it’s worth it.

Driving abroad? You need to get an International Driving Permit from the AAP

P2P buses from Greenhills to Antipolo and Alabang now available