There are certain vehicles that are destined for instant success. These are the type of vehicles that carry so much hype and expectations even before the launch, and when they do eventually hit the showroom floor, they sell faster than special edition Jordans or MoonSwatch stocks.

Such is the case for the Toyota Veloz, billed as the premium (spin-off) of the much loved Avanza. The Veloz does have a lot going for it, a stylish exterior, a suite of the Toyota Safety Sense system, and 7 seats.

Could the hype just be because it’s a Toyota? or is the Toyota Veloz another offering from the brand to dominate the segment? 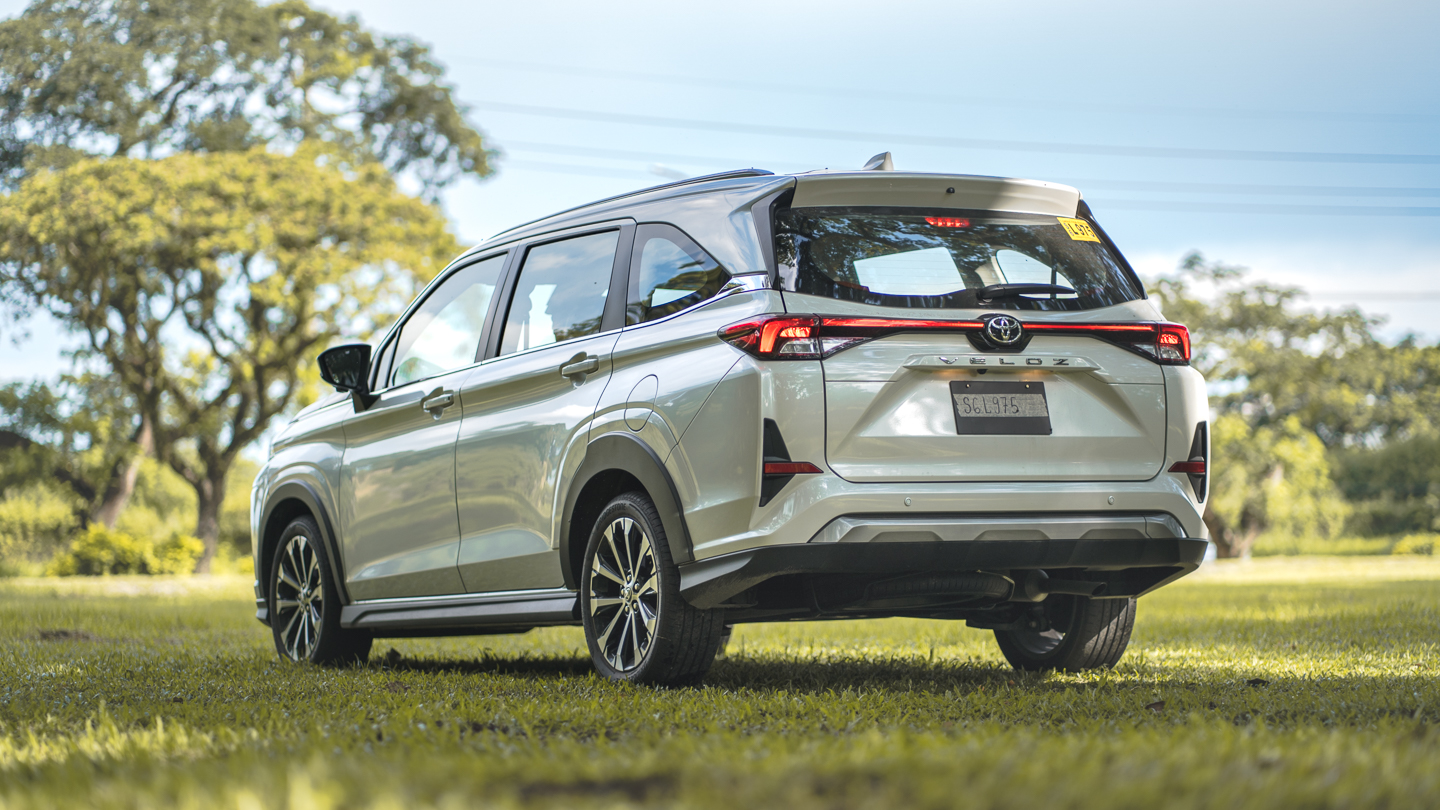 As mentioned above, the Veloz is a more stylish and premium version of the Avanza. In fact, in previous generations, the Veloz was just a trim level, only for this new one that Toyota decided to make the Veloz stand on its own.

What is evident is the effort Toyota put into the design of the Veloz to differentiate it from the Avanza. While both still resemble each other, the Veloz features more chrome accents and sculpted lines, giving the impression that the Veloz is the “successful” brother. 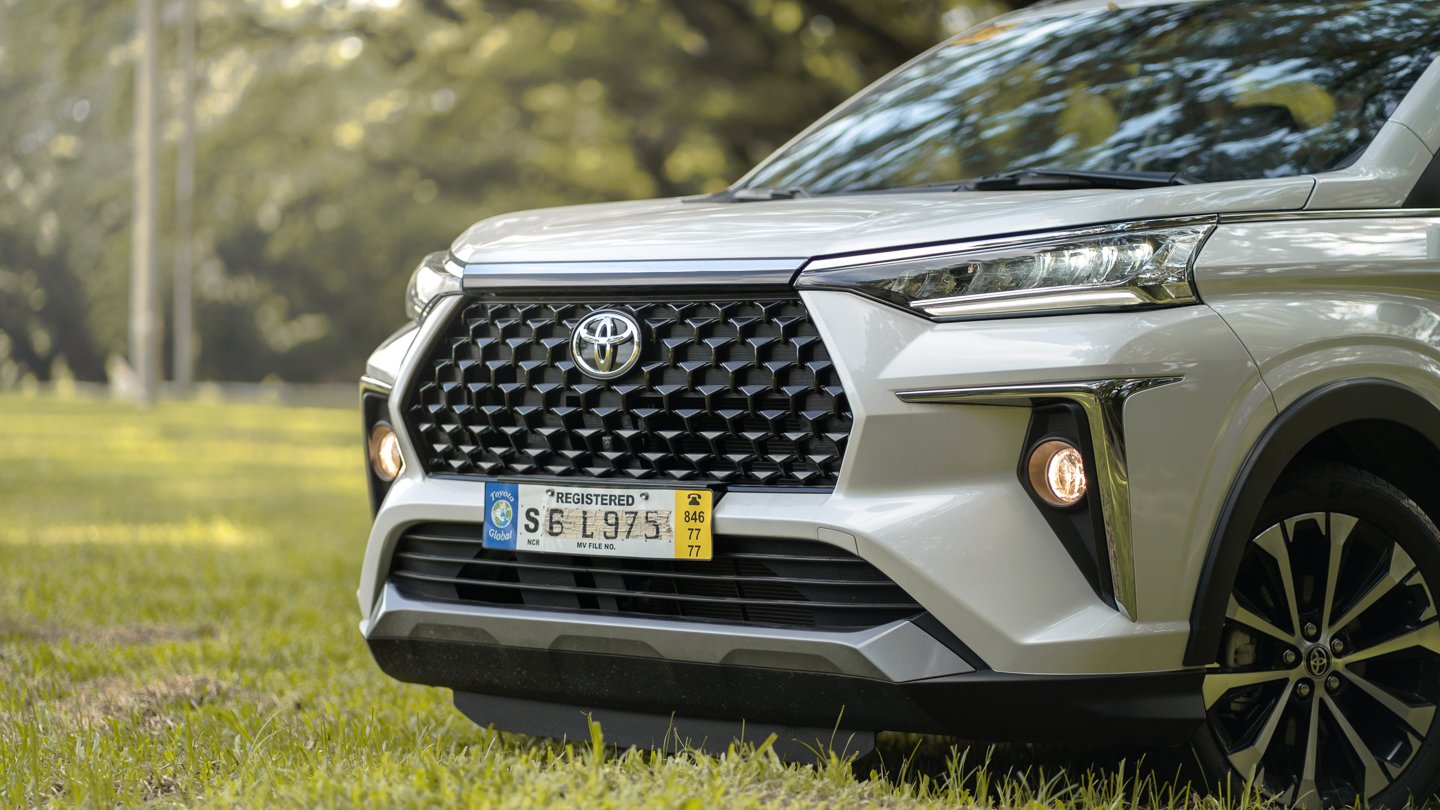 The front fascia reminds me of the Toyota Rav4, it’s face is very imposing but quite tough and angular from some angles. It has LED headlights and halogen foglamps, what’s interesting is the omission of DRLs. For some reason, Toyota decided that the Veloz shouldn’t have them, which is quite perplexing to me considering the price point. I personally don’t mind the lack of DRLs, but some might because it’s more or less a standard feature on most brand new cars for sale. 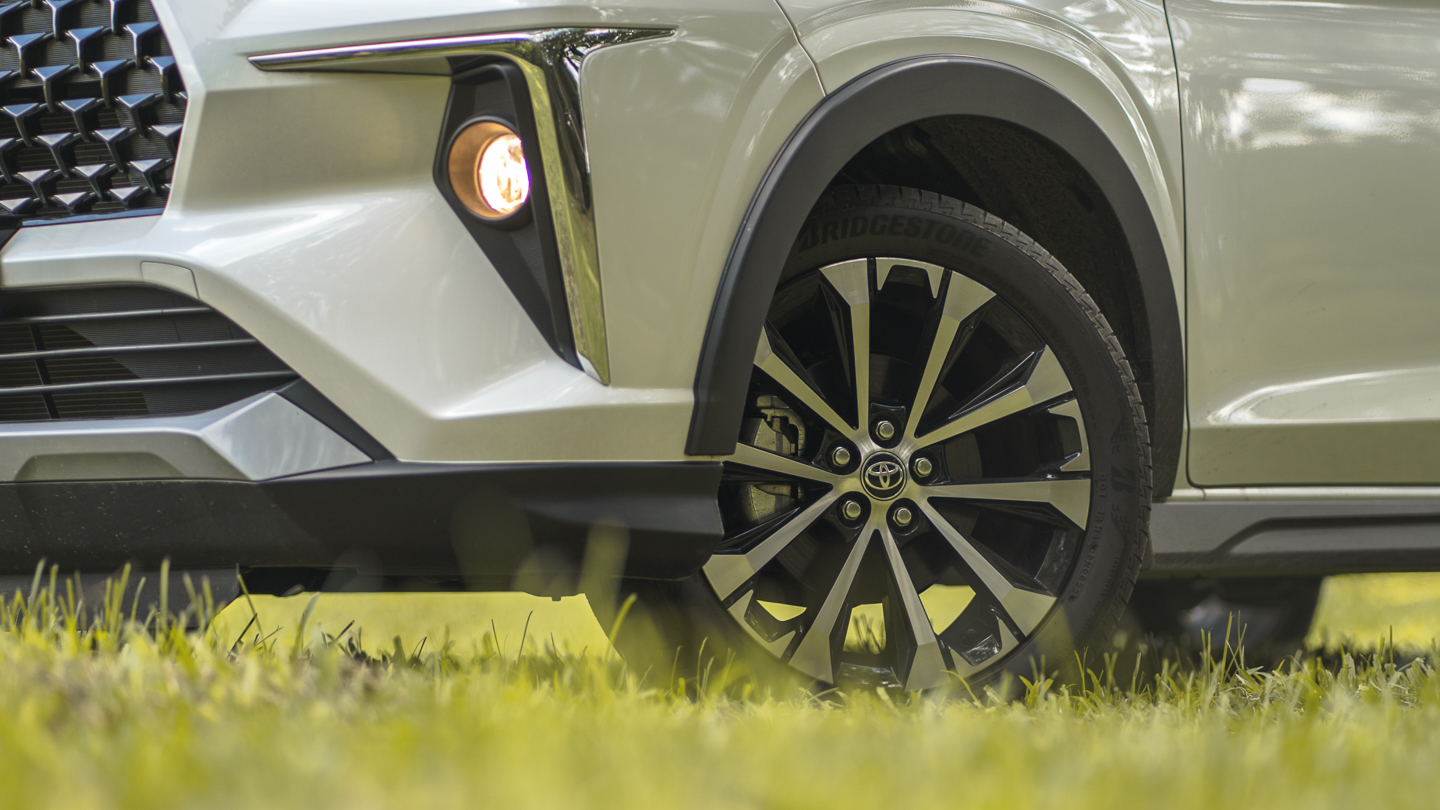 Overall though, the Toyota Veloz looks really good. Not just “for an SUV” but for a vehicle in general, Toyota really broke the mold for the design and it paid off.

Oh, before I forget Toyota considers the Veloz an “SUV”, even though it has the same proportions as the MPV classified Avanza. I’m not sure why, but they seem to think they can get away with it. 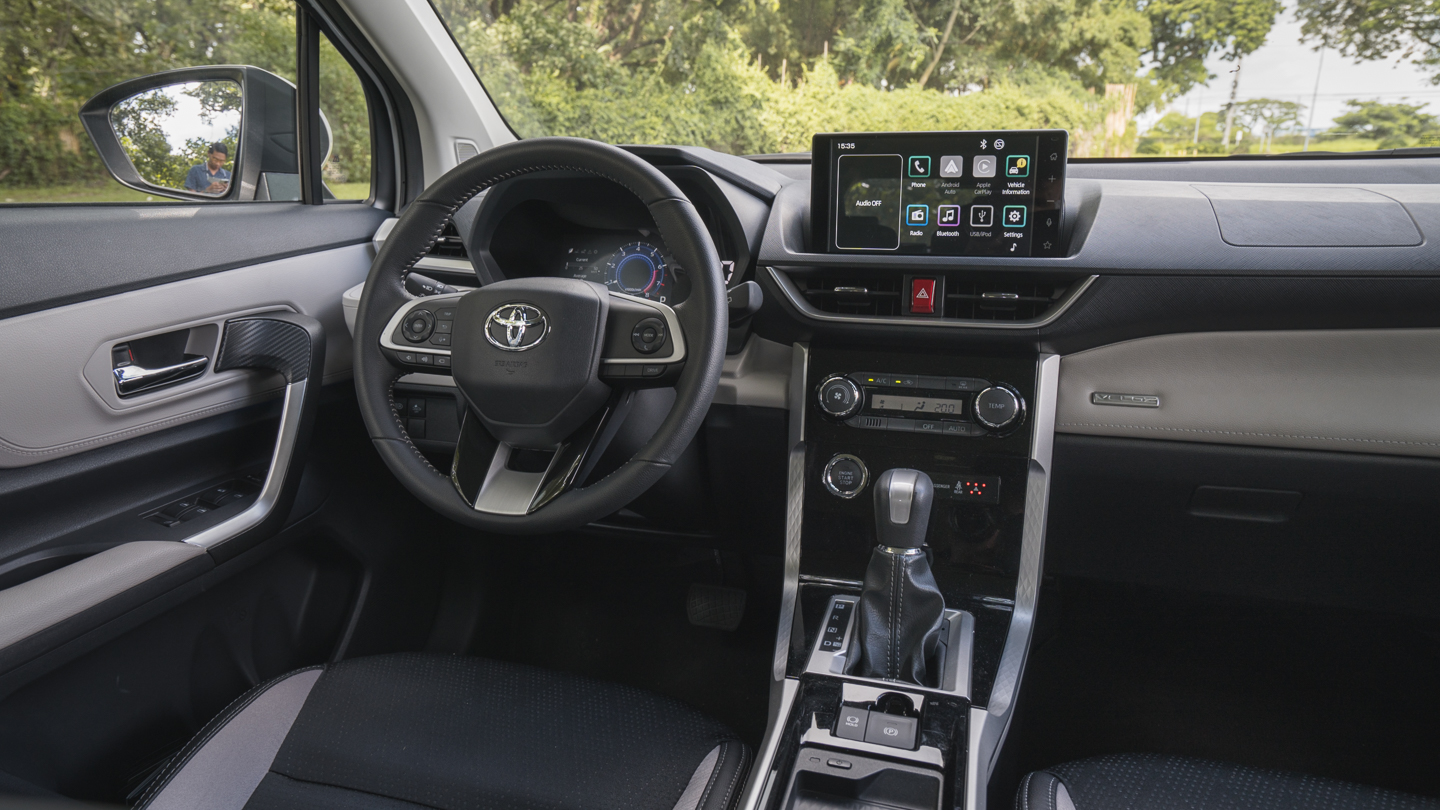 If you think that the interior of the Toyota Veloz is just a facade covering something barren, you’d be wrong. Stepping inside the Veloz immediately reinforces its “premiumness”. Most of the panels are predominantly black, but there are some nice contrasting cream-colored panels that break the monotony. 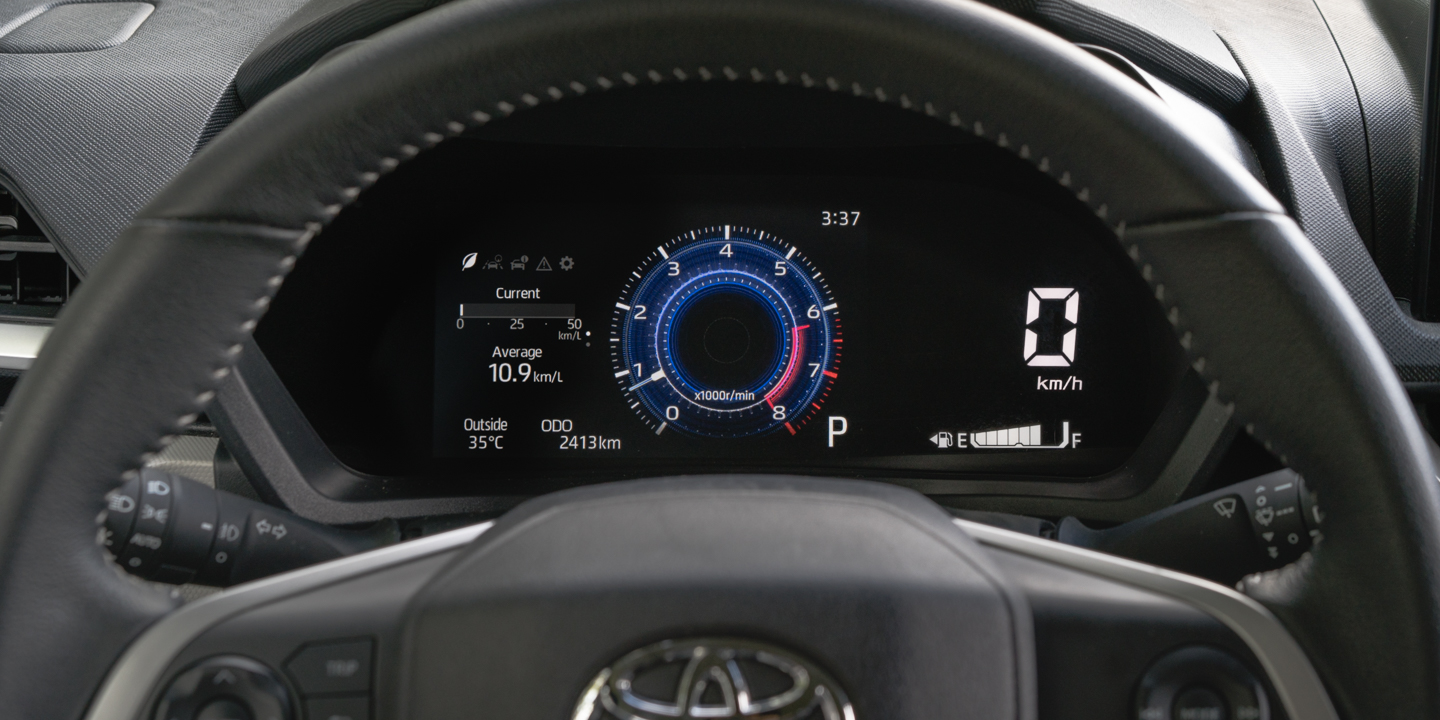 This top-of-the-line 1.5 V variant has a host of creature comforts. Starting with the 7-inch fully digital instrument cluster that shows you all the vehicle information like speed, revs, fuel economy, and other vehicle settings. The infotainment system is a 9-inch screen with Apple Carplay and Android Auto. The most standout feature though is the wireless charging bay for mobile phones, which isn’t common in its segment. 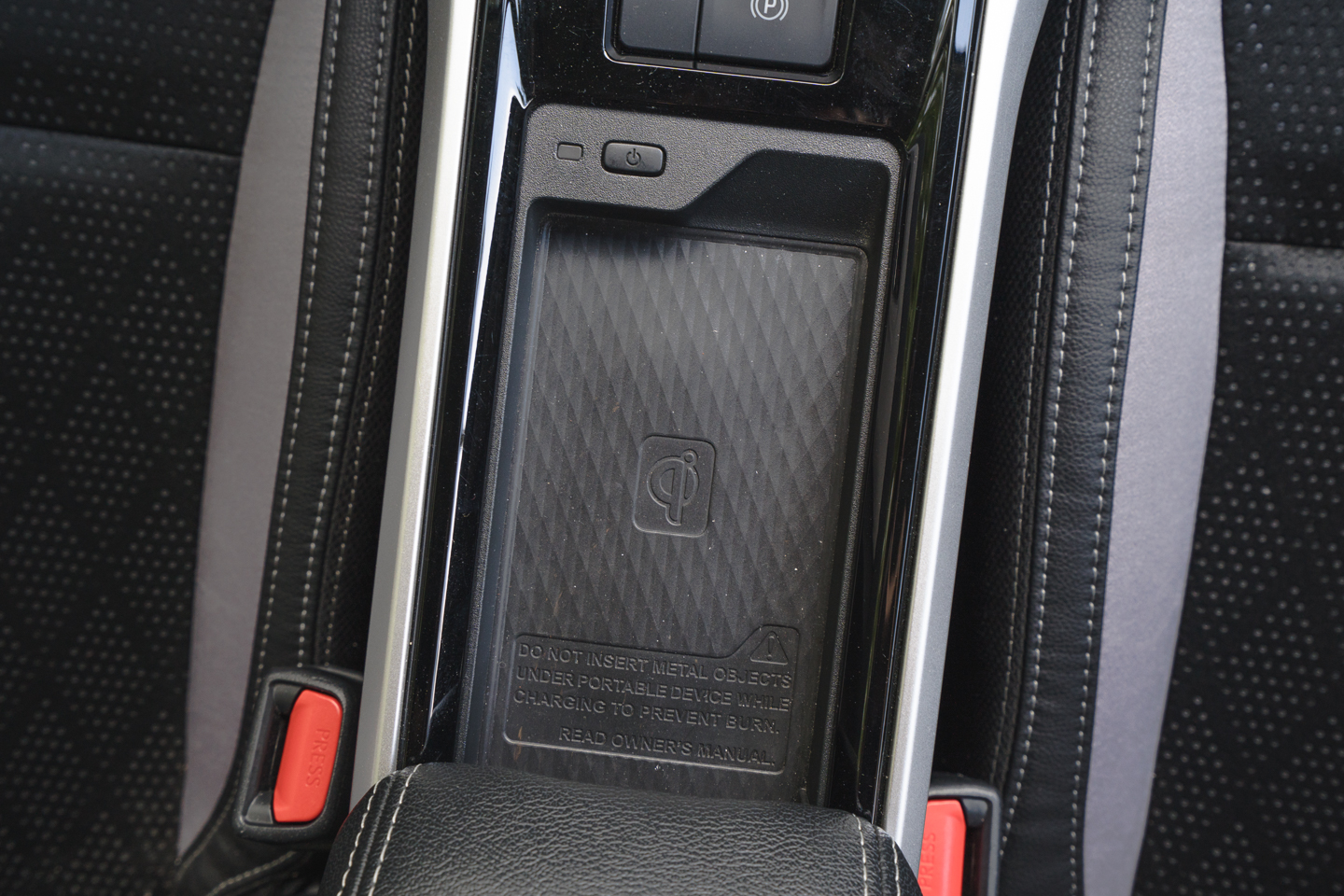 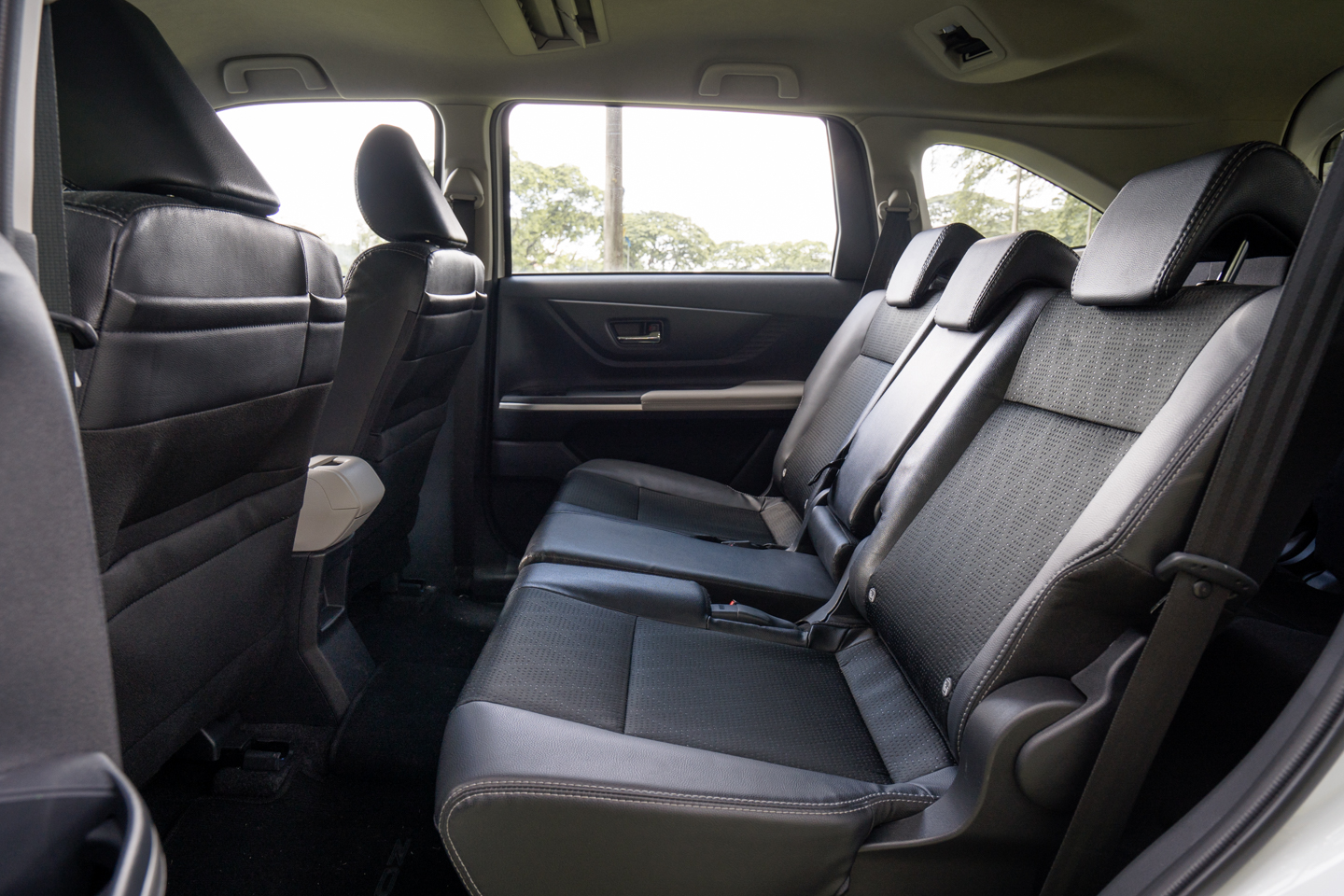 So in terms of creature comforts, the Toyota Veloz has everything covered. The Toyota Veloz is powered by a 1.5 liter 4 cylinder gasoline engine that’s paired to a CVT. Power output is a decent 106 PS and 138 Nm of torque. 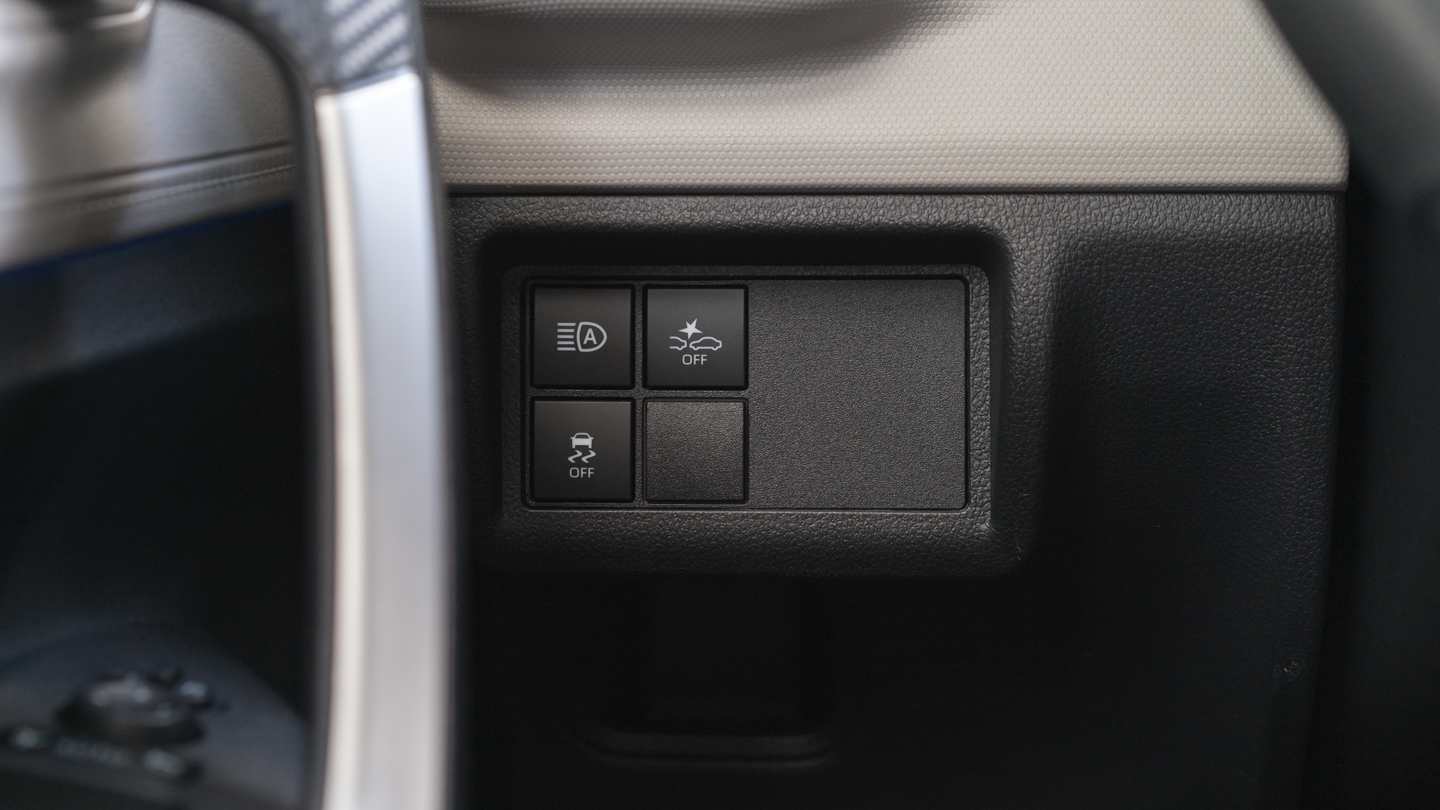 Its main technical highlights though have to be the inclusion of (some) Toyota Safety Sense features. Specifically, the Pre-collision system, automatic high beam, lane departure alert, blind spot monitor, and rear cross-traffic alert. 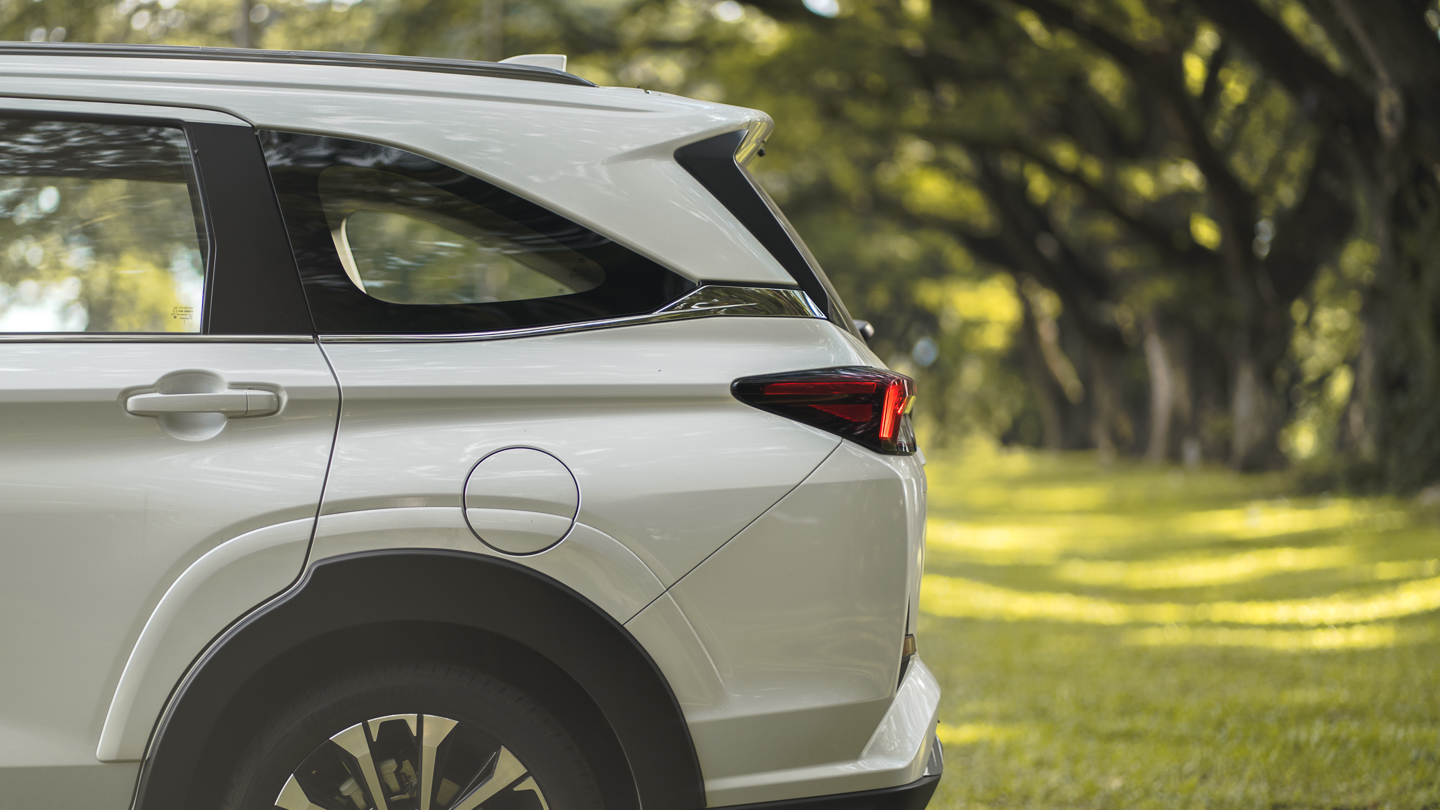 Before I divulge my driving impressions let me first make it clear that I was one of the people who were quite excited about the Veloz. I personally had high hopes and even recommended it as a safe and good purchase even though I hadn’t driven it yet.

So did it meet my expectations? Yes and no.

Let’s start off with the finer points, I have to commend Toyota for putting together a decent powertrain package for the Veloz. On paper you’d think that the power and torque figures were “too small”, but I’m happy to report that the Veloz is more than capable of hustling itself along the city or the highway.

I had no problem keeping up with the pace of faster cars, and I was even able to overtake confidently (with the help of the power mode). I have to say though that the responsiveness of the engine is perfectly fine even in ECO mode. 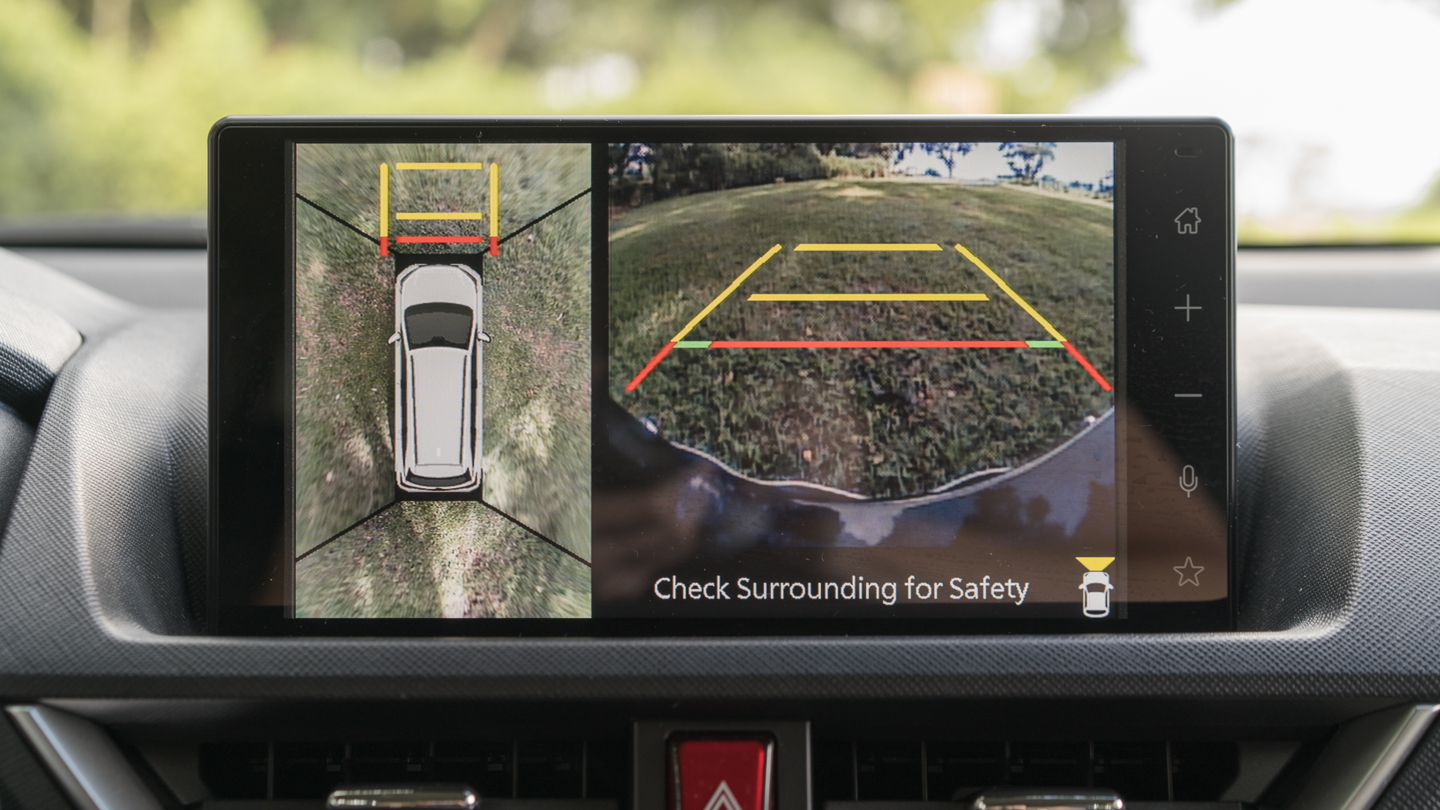 Speaking of Eco mode, in the city the Veloz was able to register a decent 10 km/l while on the highway it reached an astonishing 15 km/l.  Suffice it to say the Veloz is one frugal car.

Now, on to the Toyota Safety Sense. At first, I thought Toyota put the bare minimum just to be able to say the Veloz has renowned safety features. I will admit though that they work really well, they weren’t just cut-down “bargain” versions. As an example, the Lane Departure feature not only tells you that you’re straying from your lane but actively corrects the steering for you. It’s not as advanced as the one found in more premium models, but it was a pleasant surprise.

So what of the non-finer points then? well, do read on. 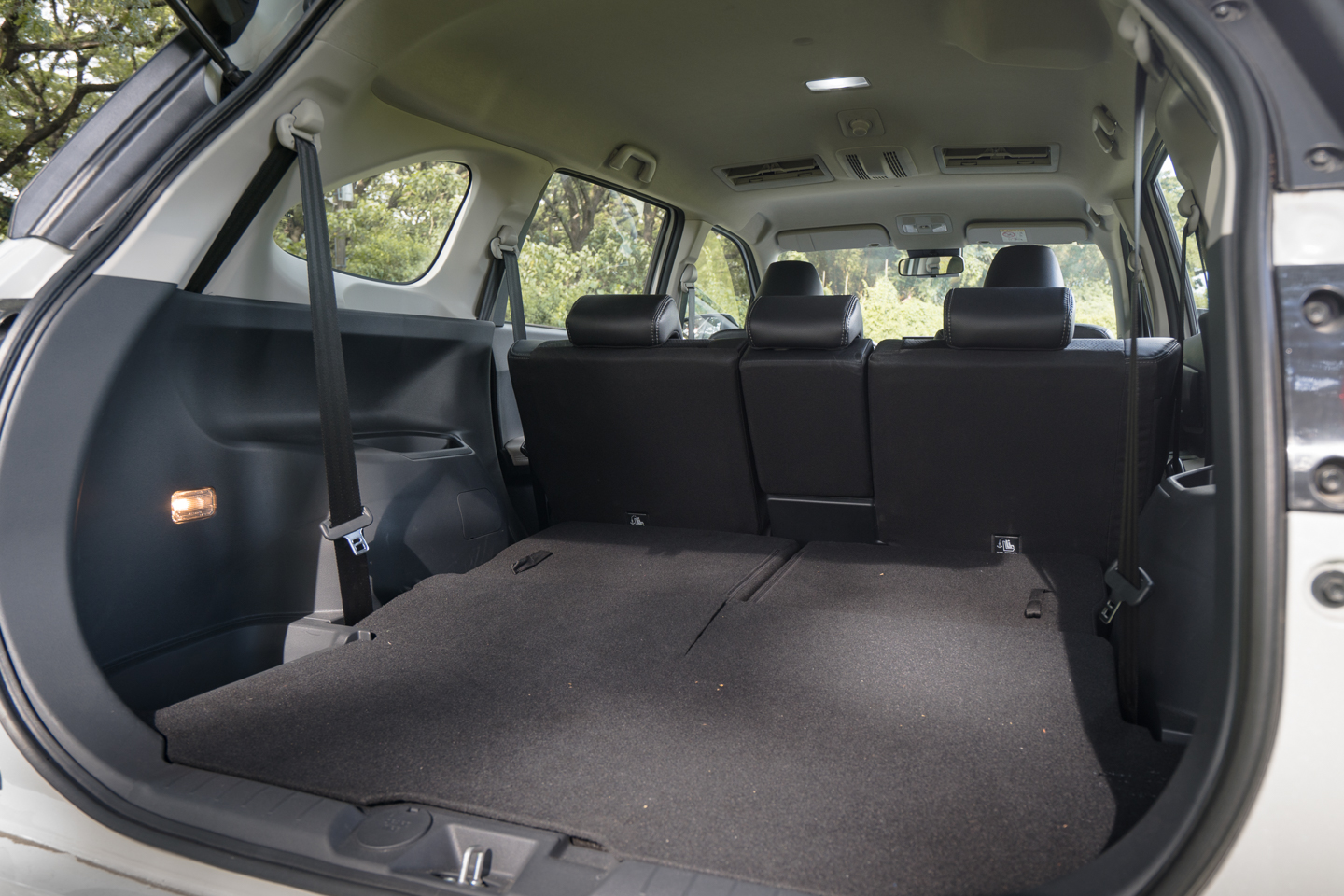 I was also quite surprised at how harsh the ride of the Veloz was, I was expecting it to be more comfortable. Don’t get me wrong, it’s no back breaker but I was under the impression that given the Veloz isn’t pick-up based and rides lower than other SUVs, the ride was going to be better than it was. I must concede though that the Veloz feels really solid, like something you can take anywhere without any consequences. 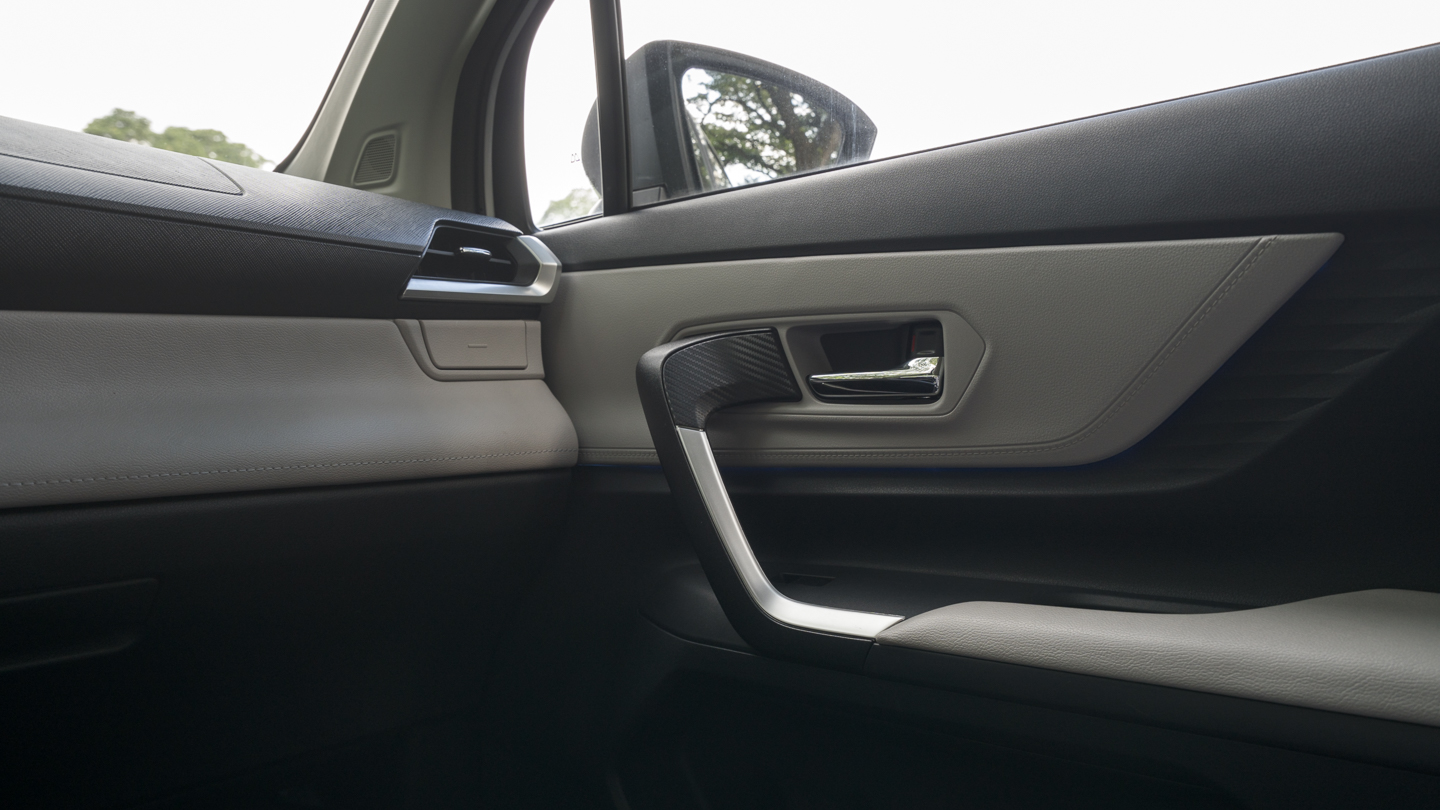 Next up is the interior quality, yes it looks premium but somehow I wish Toyota also made it feel premium. I have nothing against hard plastics, after all this is supposed to be a budget-friendly 7-seater. I just wish the brand used better plastics, I’ve seen them on the Vios and other Toyota’s, surely the Veloz could’ve benefitted from them. 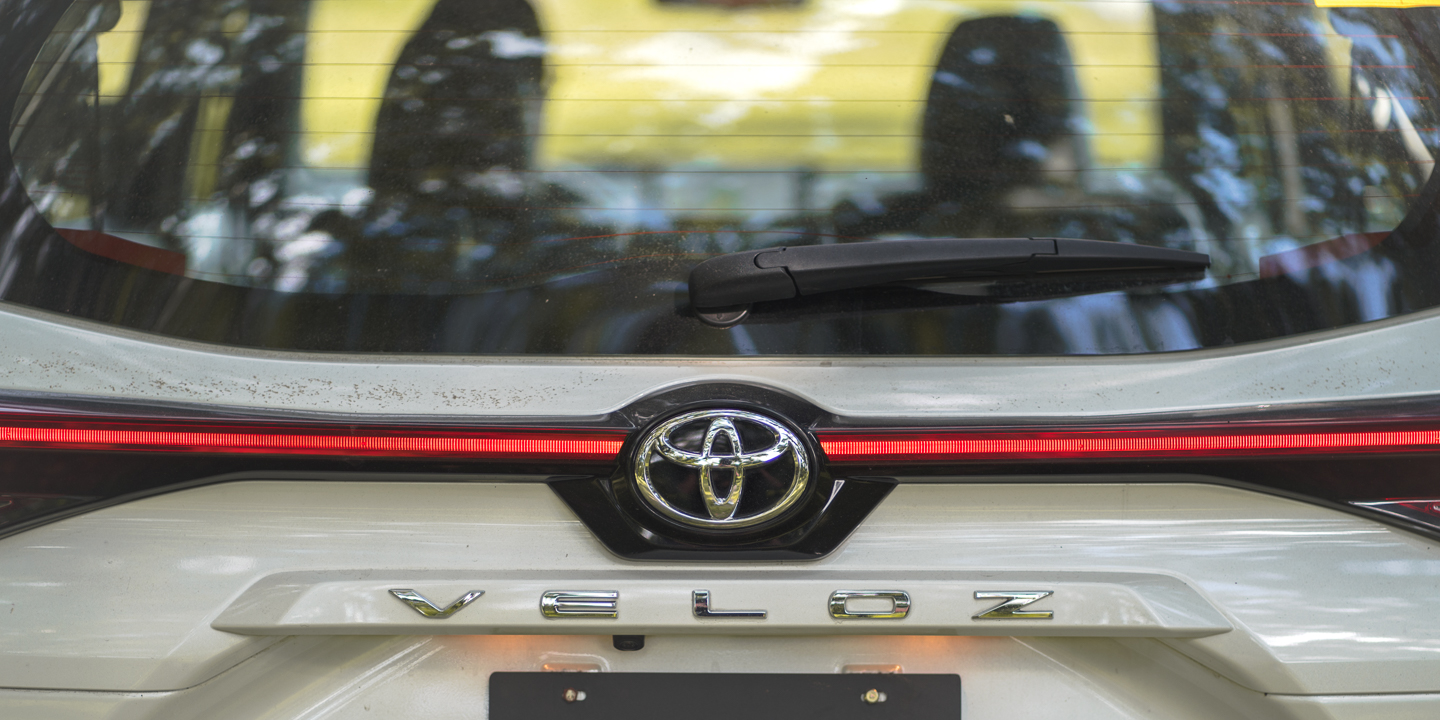 As a stylish and safe 7-seater, its price is unbeatable. What Toyota has done is bridge the gap between the extremely utilitarian Avanza and the Innova. The Veloz slots perfectly between the two by mixing some refinement from the Innova and the utilitarian nature of the Avanza.

Not to mention that if you find the Innova too pricey to use because of current diesel prices, the Veloz is a great alternative. In fact, in most areas like safety and some features, the Veloz has both the Avanza and Innova beat.