I’ve always filed car buying under the emotional-decisions-to-be-made department of my brain; partly because I’ve always been interested in cars, and partly because I’m sentimental that way. Not everyone will share the same perspective as I do about car buying, and that’s just the universal truth. But being a car nut with a bank account that displays shoe sizes doesn’t afford me the opportunity to go all-out crazy with regard to sorting what I feel are good buys, from goodbyes.

Yes, I have made a few bad decisions in the past, but nothing really touched either end of the spectrum, nothing too glaring or extreme. Some sort of logic has been applied somehow, even if it wasn’t that evident. Good thing the rational me always came sashaying in. Even at the last minute. Yes, emotional. But I also see to it that I get to apply the “Goldilocks principle” when faced with this fun and exciting experience, although I have a much more lenient concept of the principle. A little tall is okay, a little low would be fine too. Something that’s neither too new, nor too dated. Nothing too fast, and nothing too sluggish. I could do 6 kilometers to a liter, but definitely not 2. Think Goldilocks principle++. There’s only one thing that’s non-negotiable, the car HAS to speak to me. 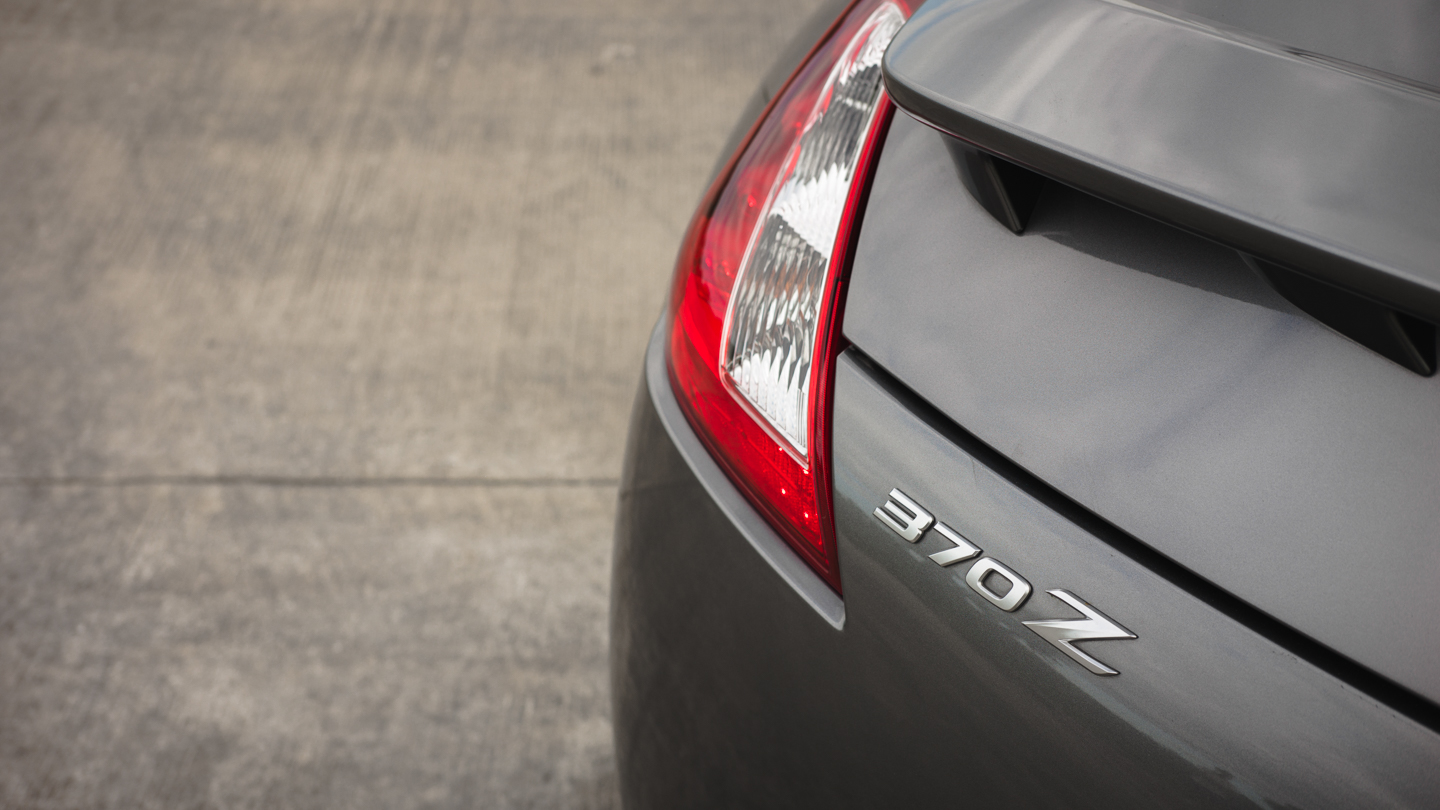 Balance is something I have a hard time finding, and that definitely includes the work-life thing. ANYWAY, that wasn’t quite the case for me with the 370Z. I found myself pleasantly surprised the first time I got to shoot and drive a 370Z years back, and that was the start of this strong lingering feeling of want that feigns itself a need. But why? Diving deeper into my thoughts, this car reminded me strongly of the ones I wanted but couldn’t have when I was at that peak “gigil” of driving. And I figured that’s the reason why the 370Z hit me hard, secondary is the fact that oddly, also ticks most of the riders on my checklist. 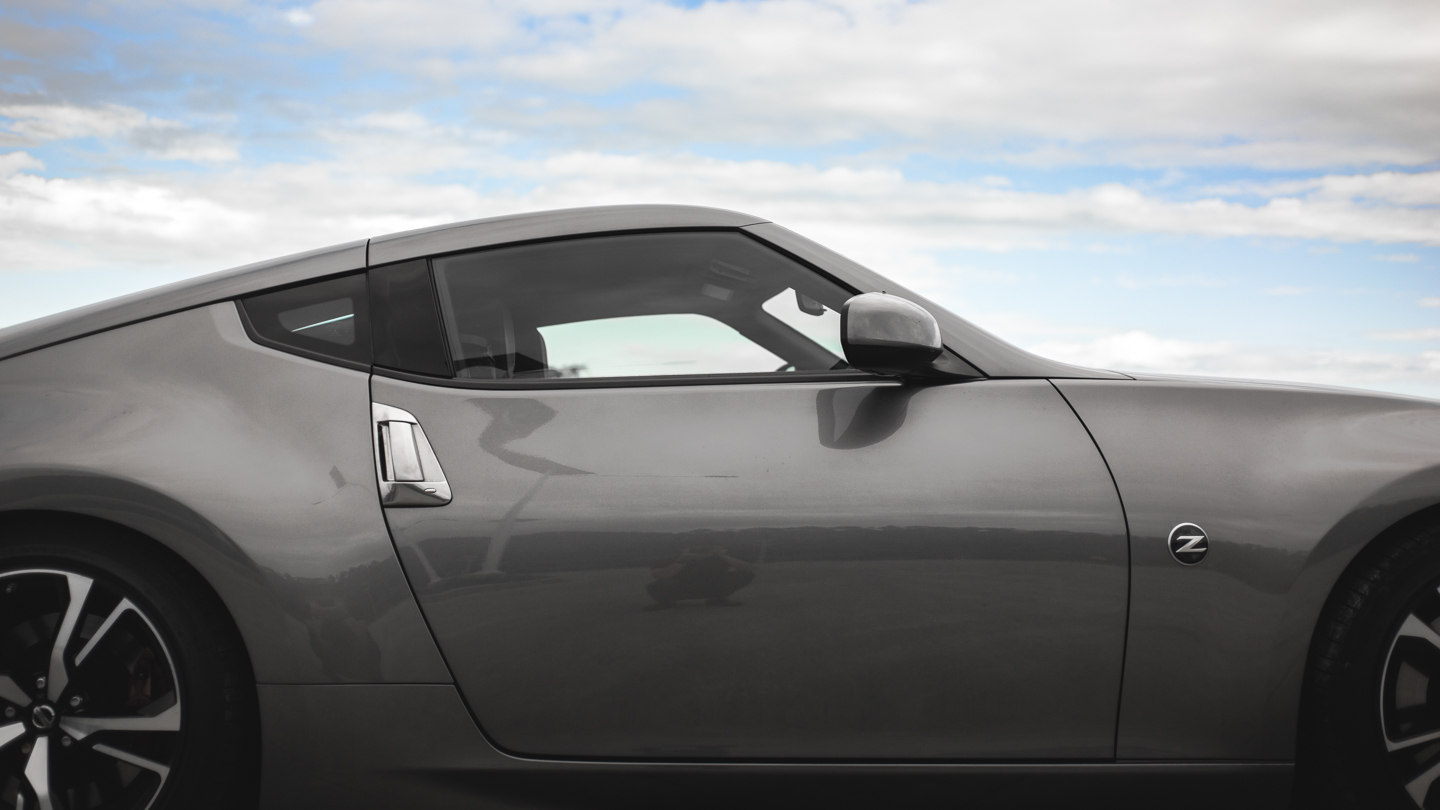 The way it looks, well, it’s not too shy about being a sports car. Randy Rodriguez took inspiration for the design from a cool combination of sharks, and athletic bodies. I think that’s the belt line, and the fenders, respectively. And to me, the curves complemented the edges nicely so that it doesn’t look over the top. It’s gonna be a looooong time before this sculpture grows old on me. Or maybe not at all. 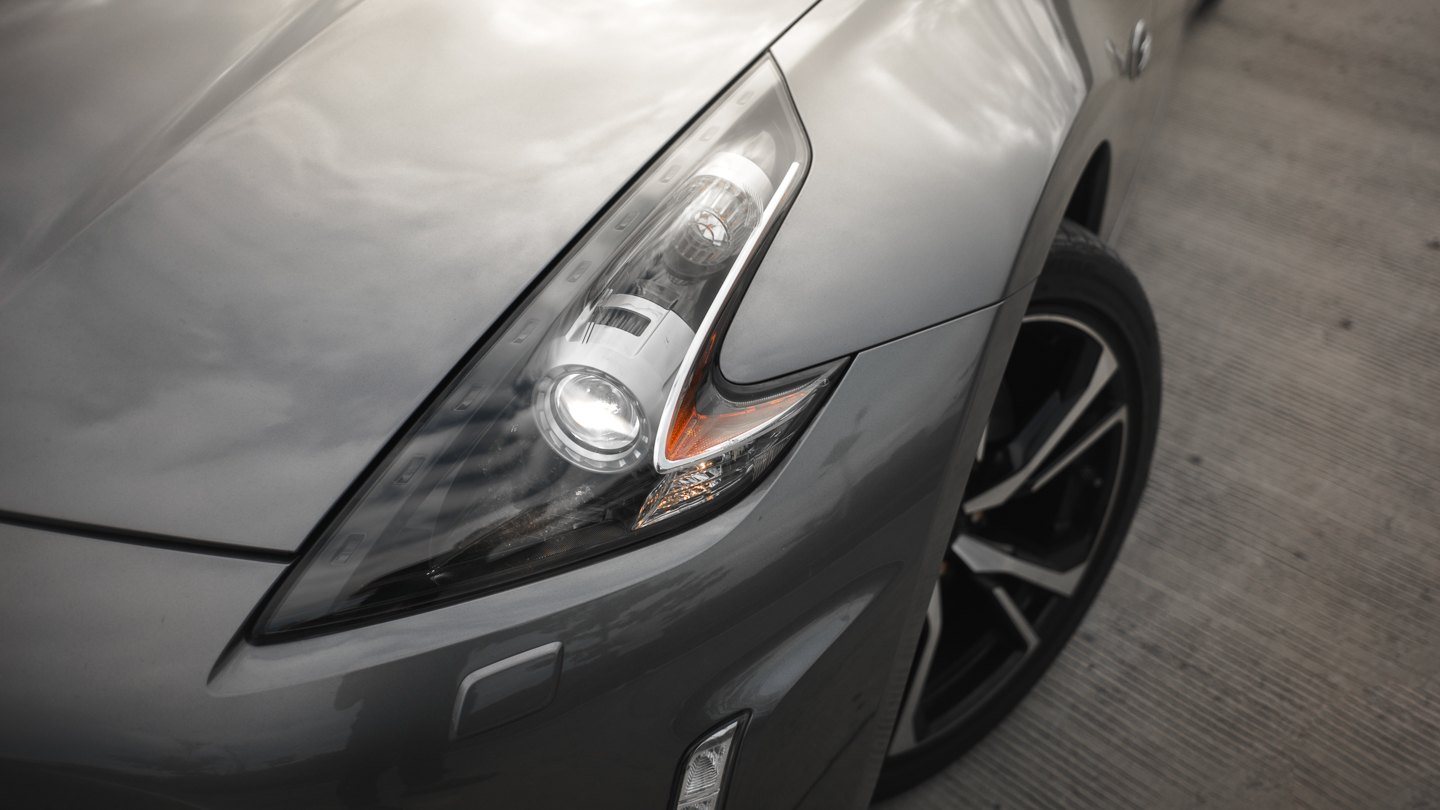 Up front, it still sports HIDs. Not older halogens, and not the newer LEDs. They have their own pros and cons, I just think that the OEM HIDs have this slightly warm color about it that’s classy, I’m guessing 4300k. And that’s what cars which are either out of my budget or weren’t allowed to own by the parents that I wanted back then had. People close to me know I do a lot of night driving, with or without a destination, and that’s why this weighs on me heavily. VQ37VHR. I’ve always been an NA fan, no turbos, no supercharger. Simple and functional. I’m sure it can handle way more than it produces, but I think this has the right amount for me. Can’t exactly call myself an experienced driver, but I couldn’t be the worst either. With the advent of hybrids and EVs today, plus the downsizing of engines, this V6 will make a great memento for me.

I still wonder what Yamaha could have done to this one hadn’t Nissan scrapped the joint project for the Z successor at that time. Flipside, they might not have been able to work on some of my hero cars (which I’d probably never meet), namely the IS F, the LFA, and most especially, the 2000GT. 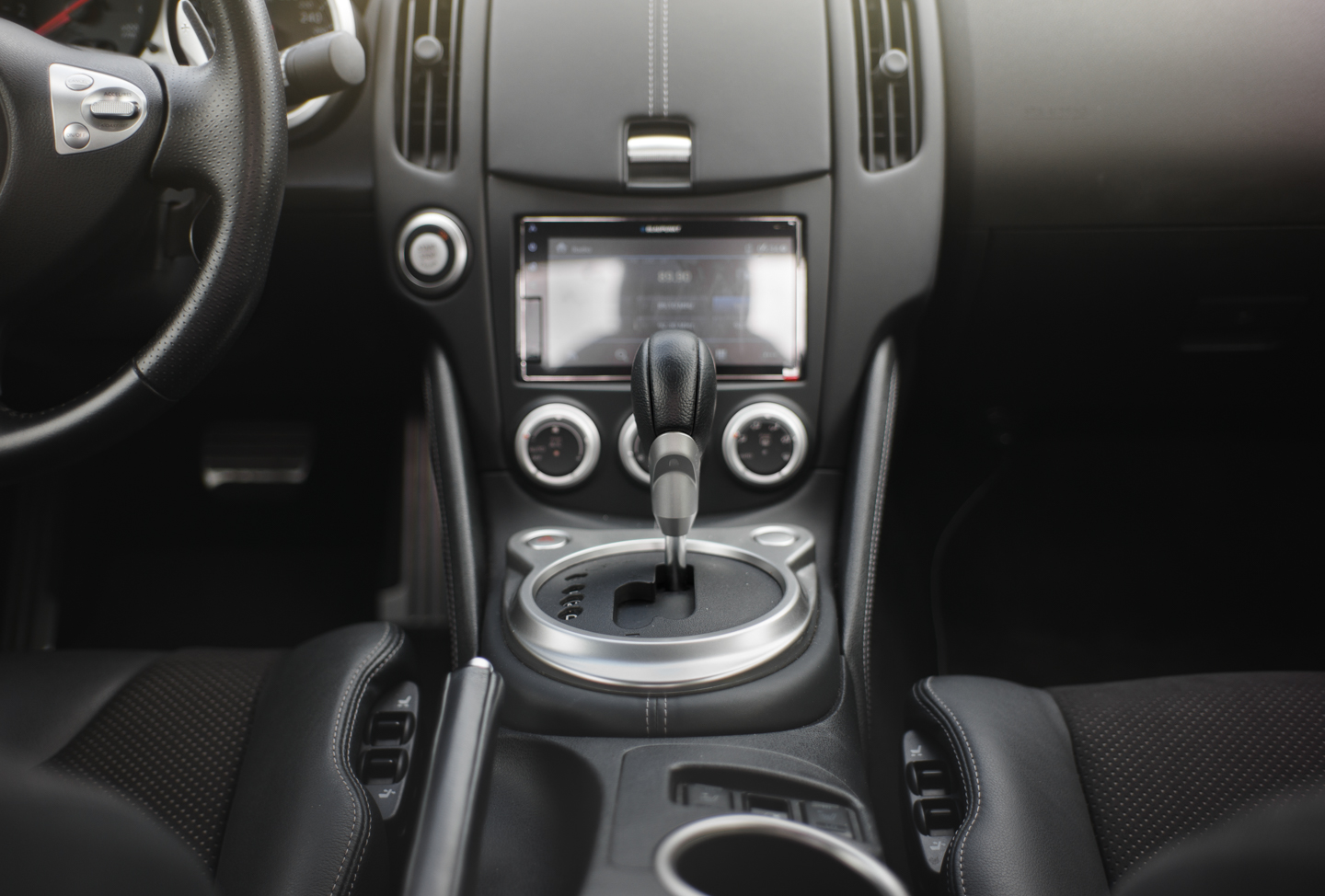 Then paired with a torque converter AT, not a CVT nor a DCT. You can also get it in a 6-speed manual transmission, which I want, that sports the world’s first auto rev match in a production car. Great to have, but I don’t think I’d use it often. There’s really a certain “kilig” I get when I do the rev-matching myself. Cause, you know, I gotta get my money’s worth for all those worn-out clutches I practiced with.

Oh, having grown up at a time when hand brakes were either pulled or stepped on, I really appreciate the Z retaining the lever. I’m not used to flicking or pushing parking brakes! For an old soul, it just feels a tad bit unnatural. Tik-tik-tik-tik-tik FTMFW. 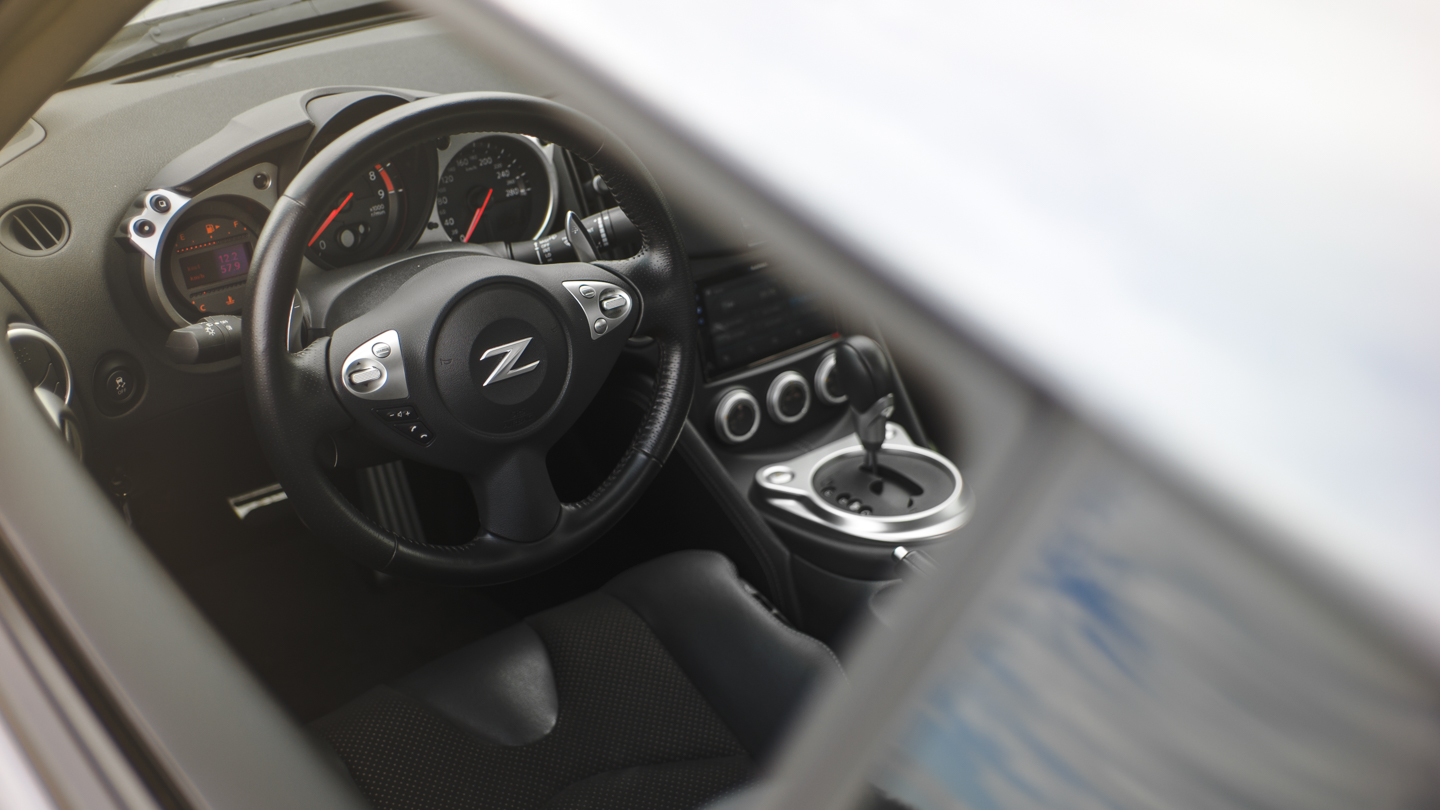 The steering. This, by far, is my favorite. The Nissan 370Z is still equipped with a hydraulic power steering system, as opposed to the more common electric power steering systems nowadays. Yes, it is heavy. Yes, it affects your fuel economy. But the precision and feedback are what draw me to it. And maybe the fact that I am used to that feeling even when I was just starting my automotive journey. 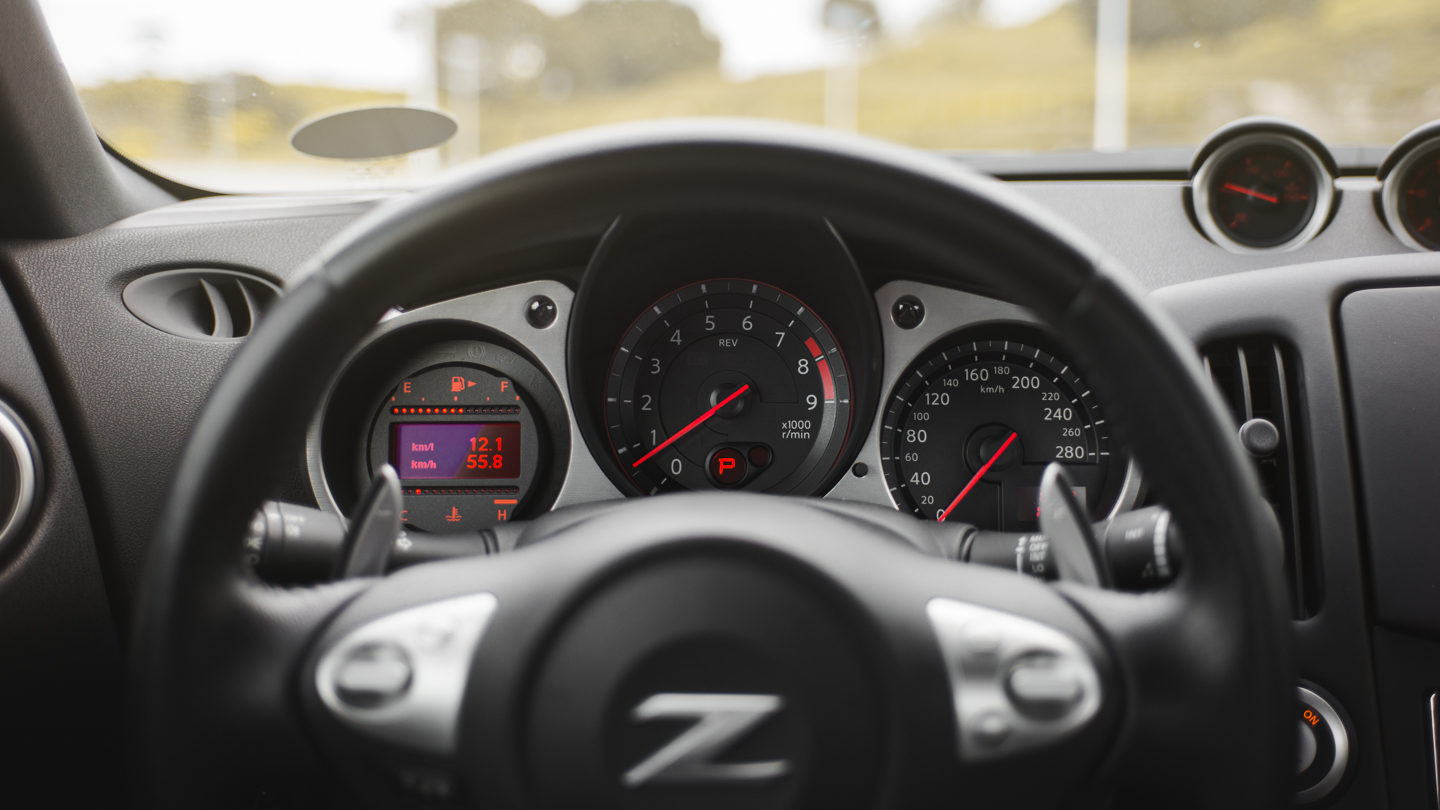 The analog gauges that guide me through every drive look great, too. I’ve always preferred these over fully digital screens because they just feel so much better to look at, there’s emotion in almost every element. The way the needles move, the typeface selection, the illumination design, the ceremony it does when you start up the car, plus a shift light to boot. 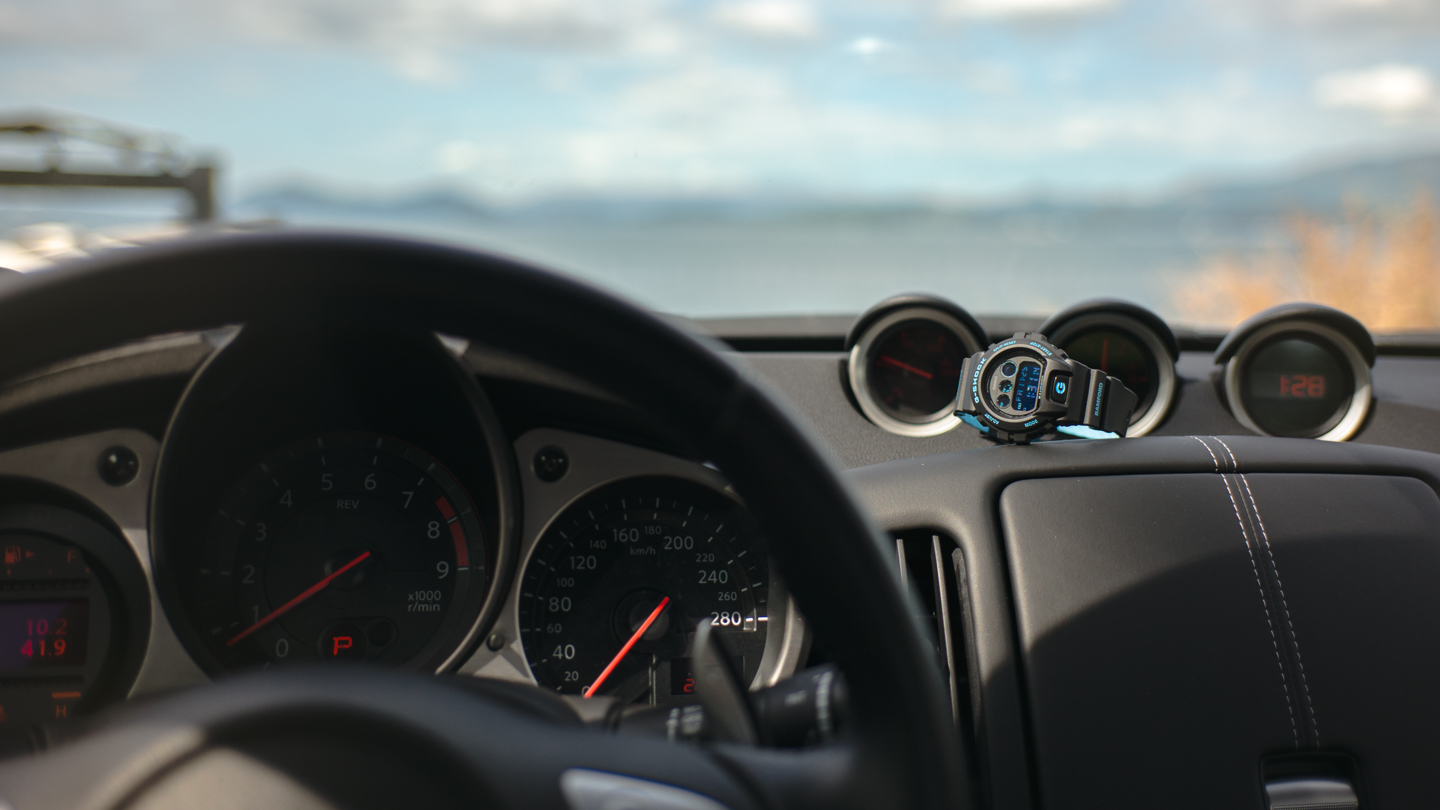 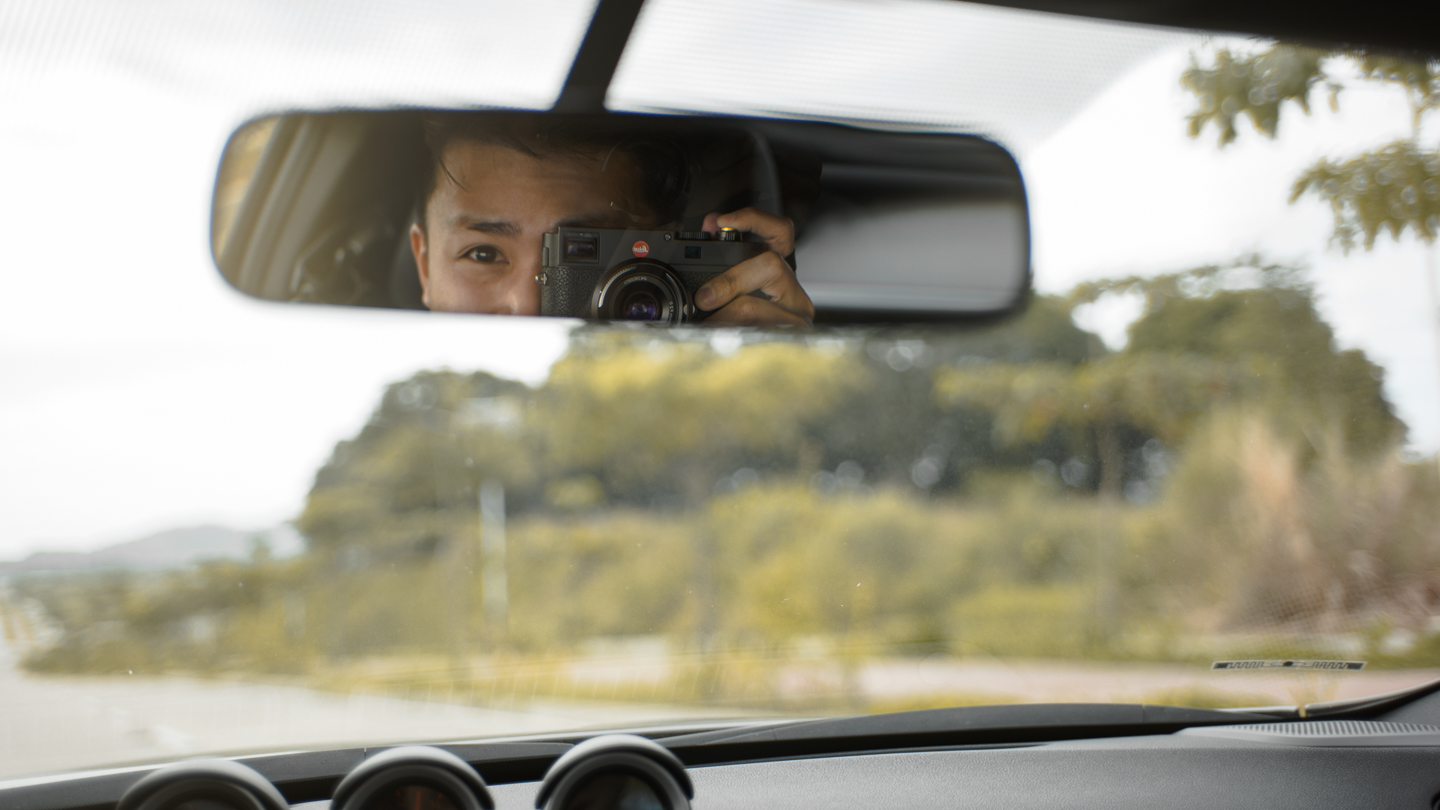 Very personal, but this is another plus for me. The mano-mano day/night rearview mirrors. First off, there’s less ish to break. Second, the purple anti-glare Broadway mirror I have clips on better on these things than chunkier ones with auto-dimming features or even integrated dashcams. It still performs flawlessly, and it’s been with me since my first ever daily driver, up to the one I drive now. I consider it my perpetual “omamori”! We all know there’s no such thing as perfect. So if I were to be asked what I would have done differently with the Z, just a few minor details. One is to get rid of the active sound enhancement feature. That slightly dampens the whole mechanical feel of the car, but I think it’s too little a gripe to ruin the whole experience. Another would be the touchscreen head unit, I’d probably replace it with an old Alpine CDA-9887 (Hello, IMPRINT!) stacked to a 1-DIN pocket. I would gladly trade Apple CarPlay and Android Auto connectivity for a CD player. Sadly, everything must come to an end. For a few days, I was given the pass to slash 10 years off my current age mentally. And that’s the break I badly needed from the hustle and bustle this life has to offer. Good times, good company, and of course, good drives. A minute too short. Just, a minute too short. 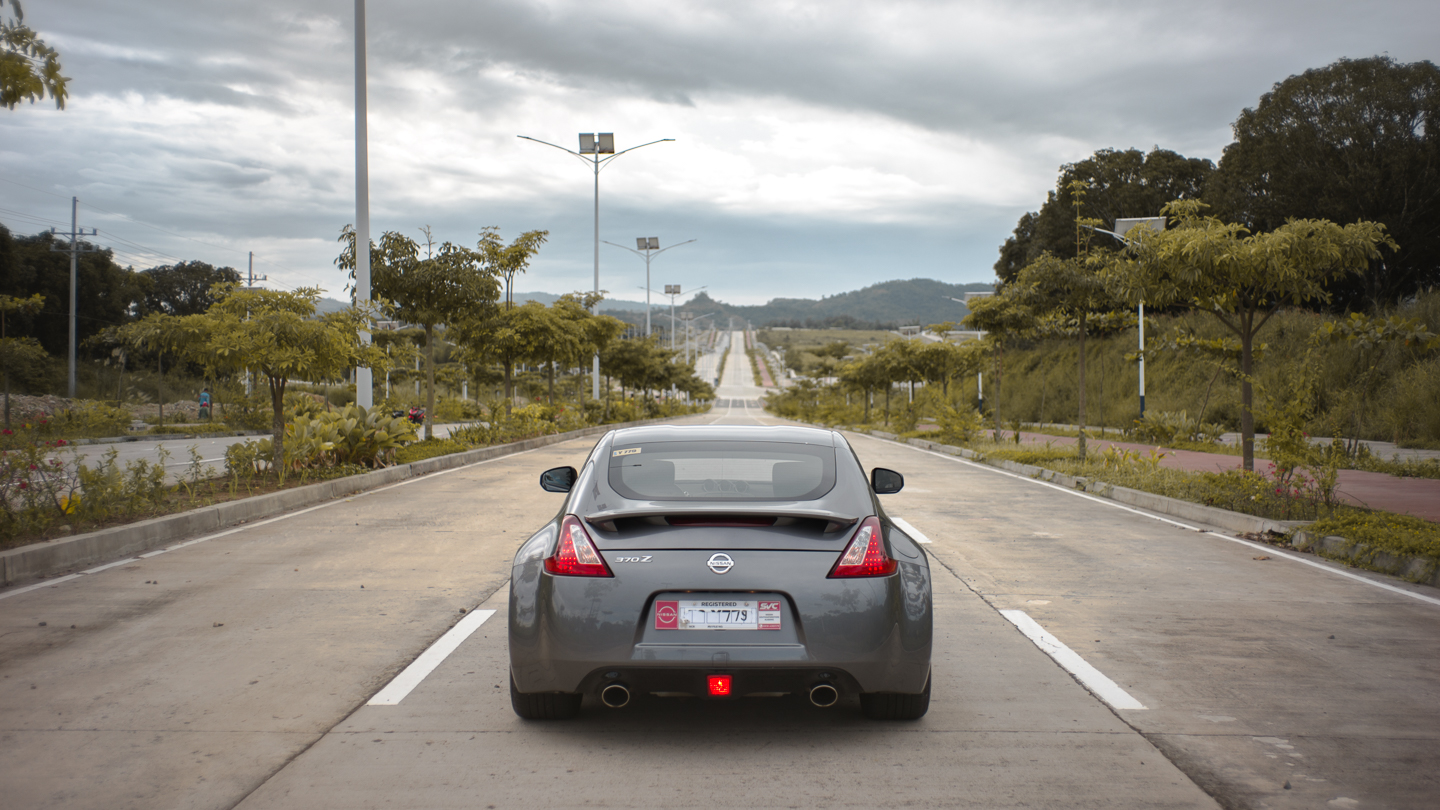 The Nissan 370Z, to me, is its own person. And that’s one more thing I love about it. The car isn’t trying to “keep up with the times” by fitting newer tech or features atypical for vehicles its age, and also carries the mature #ykwim and serious but fun persona really well. No drive mode selectors here either, just one mode that the Z was made in for the best driver engagement. It delivers the raw driving experience that the gearhead in me longs for, the Z just never fails to excite and satisfy the inner teenager in me. And that alone is a total win.

It’s the level of mechanical and analog that encapsulates the time of my prime youth; headstrong, full of life, a bit carefree, but passionate as ever. Here’s to hoping in 10 years’ time that I will look back, and read this write-up, from the driver seat of my own Nissan 370Z while listening to Birdman’s Written on Her.

I would like to know what your personal time capsules are and why they came to be, please sound off in the comments!

Cars, watches, cameras, and music. Totally okay being #2, at least there's something more to learn from #1. IG: _djkelvin00

Looking to avail of the MRT-3’s free rides? Here’s how