It was recently reported that the global launch of the all-new Toyota Vios was rumored to take place sometime this year. According to headlight magazine, the launch is set to be around the 3rd quarter of 2022.

Of course, before you can launch any car, it needs to go through proper road testing and other “shakedowns” as well. Another article by headlight magazine, states that the 2023 Vios was allegedly tested around the streets of Thailand. 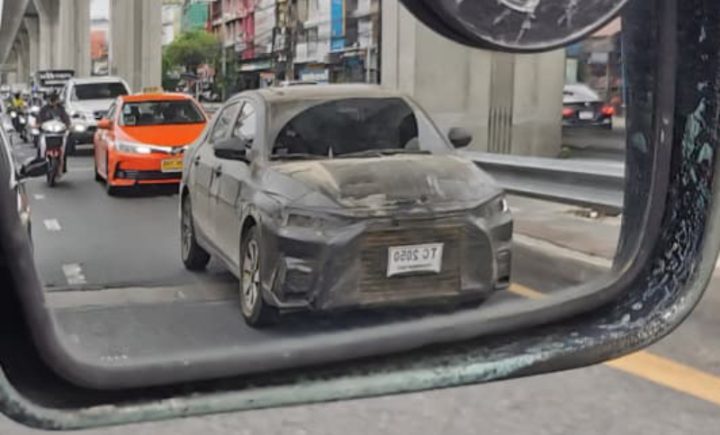 Based on the spy shots, the vehicle in question as being the 2023 Toyota Vios well…doesn’t reveal much. The black camouflage used to cover up the whole car leaves too much to the imagination. The only glaring feature seems to be that the front fascia adapts the Daihatsu x Toyota family face featured on models like the Avanza, Veloz, Mirage, and Raize.

We reported previously that the 2023 Toyota Vios will most likely be using a Daihatsu platform for the first time.

As for the power of the all-new Toyota Vios, It is reportedly going to offer a 1.2-liter, DOHC 16-valve, 4-cylinder petrol engine naturally aspirated and non-turbo engine. In addition, eventually, Toyota will launch a 4-cylinder DOHC, 16 valves, 1.5 liters, electric motor as a hybrid version of the Vios in Thailand. 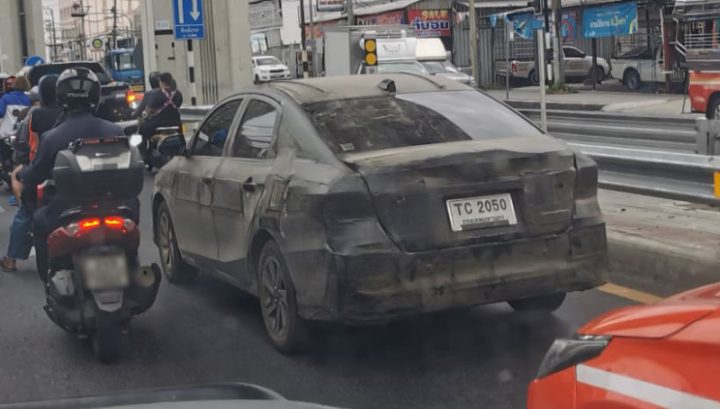 All of this is still speculation and nothing has been announced or confirmed yet about the 2023 Toyota Vios, but if the reports are true it’s significant because Thailand’s automotive industry is a barometer for the Philippines, we usually follow them and get the models they do.