For anyone who drives along EDSA every day, traffic is constant. The MMDA has put measures in place – read: Coding – to try to lower the vehicle volume along Metro Manila’s main thoroughfare, but we all know that didn’t work as well as intended. In a surprising and curious statement, the agency said that it has been logging fewer vehicles every day. 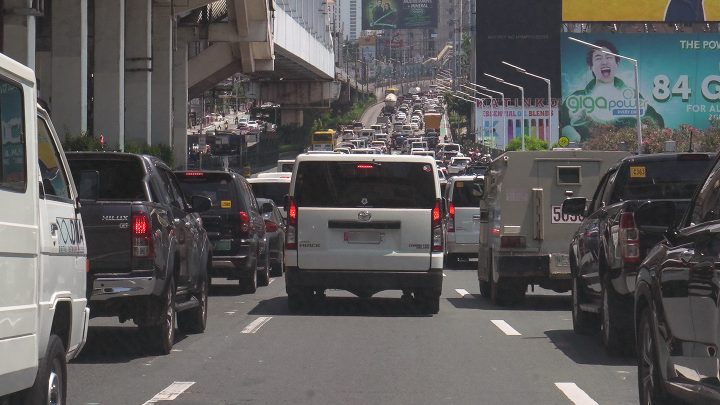 With the easing of Alert Levels, more and more people have started going out more. For those who live in Metro Manila and own vehicles, we all know the main artery they will most likely take to get around. The MMDA has apparently been keeping tabs on vehicle volume. Just last month, they logged a high of 417,000 vehicles. In recent days, they say that there’s a definite downtrend.

Just 3 days ago, they counted a total of only 390,000 vehicles. That was on a weekend. With no Coding on both Saturday and Sunday, we all know that weekends are the worst times to go out and drive. But this number was logged on a Sunday, which is supposed to be the “lightest” day as far as traffic is concerned.

That’s a clear 27,000 drop in the vehicle tally. At this point, it’s anyone’s guess why this is (supposedly) happening. First, we’ll go back to the UVVRP, more commonly known as coding. The modified scheme and the addition of a select few exemptions may be contributing factors. Second, and this is possibly the most realistic reason, is the continued increase in petroleum product prices.

Concerning the former, the MMDA said that there’s no immediate need to change the Coding scheme for now. This is well and good because for whatever good it has brought since it’s become permanent, many motorists and vehicle owners do not agree with it. As for the latter, perhaps everyone’s already feeling the horrible pinch whenever they go to get gas. Either way, numbers don’t lie.

But the most important question here is do motorists really see and feel this reduction in traffic along EDSA? Is this something we should be thankful for, or given everything that’s happening – from wars to the still very-much-alive pandemic – is it news that might usher in something worse in the near future. Let us know your thoughts in the comments below.

We’ll take any good news that we can, but let’s not ignore what other signs they might bring.