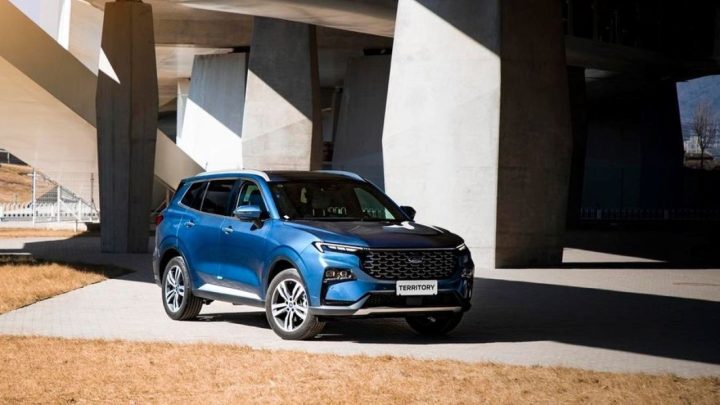 If what you see in these photos is indeed the 2023 Ford Territory, then this is a pretty big leap from its current design. Ford’s (very) good-selling crossover, the Territory, is still relatively new in the PH. But that’s not to say that getting a full model change is bad. We don’t exactly want to jump the gun, so we want to reiterate that this might be what we’ll get.

It’s not uncommon for manufacturers to mix and match and change a model’s badge or name altogether depending on where it will be sold. This is actually the Ford Equator Sport. But since it’s being sold as a Territory by Ford’s Cambodia dealership, let’s have a look at it and discuss the possibilities. 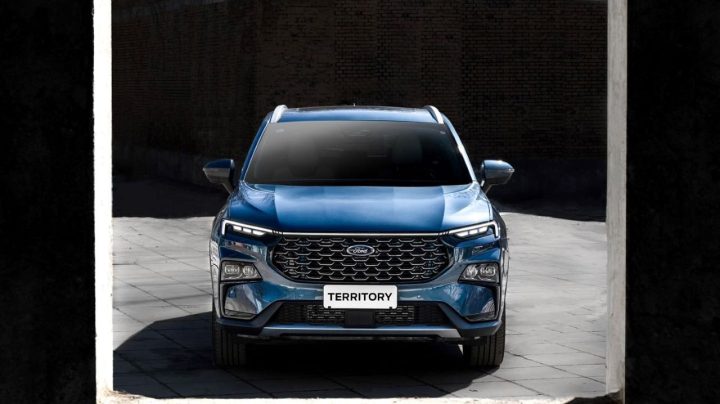 First, the looks. It does retain the honeycomb-like grill pattern, but the one on the new Territory/Equator Sport is a lot bigger. Much bigger. Its size is highlighted by what appear to be DRLs on its flank. Below the DRLs are what we can only assume to be the headlight units. The Territory/Equator Sport has opted to keep in line with the split-light-assembly trend with this look, but we think they should’ve stuck with the old units. No foglights are equipped either, and that’s a bummer.

The side, particularly the fenders, aren’t as bulky as the design of the PH-sold Territory, but the loss of heft is made up for by more svelte lines. The greenhouse also looks a bit larger in this “new” model, but perhaps not by a whole lot. If anything, it gives off actual SUV vibes more than a crossover, and that’s a good thing.

The rear likewise emphasizes the different shape of this model. From rounded corners to a now boxier, more angular look, we’ll just go back to describing this as looking more like a truck than a crossover. The tailgate looks more square, the taillight units have been redesigned, and the TERRITORY badge still dominates the back. That rounds up the exterior changes, err, differences. 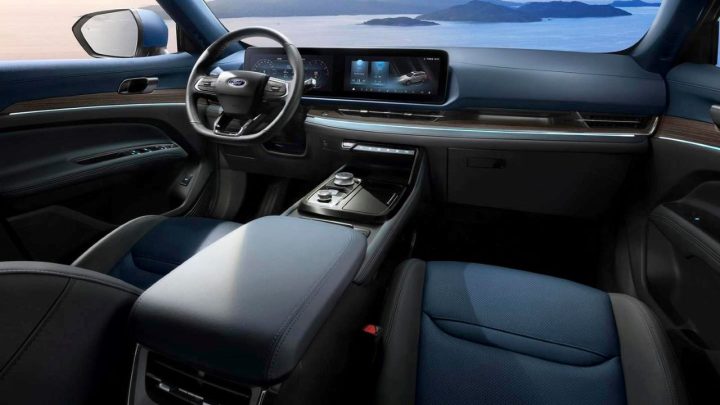 The interior is a good mix of what we have and what we would like to get. The PHDM Territory uses black leather in the cabin, but this one shows that the accent pieces are still there; albeit a bit more. Blue and black are also the color combination of choice for this model.

The door sidings are also different. The angled door handle has been replaced by a lever that’s now flush into the card. The steering wheel’s appearance and shape are the same.

A big difference that’s immediately noticeable is the absence of a traditional gear lever. In its place sits what seems to be a rotary selector instead. Very Euro-inspired if you ask us. I think that such changes are a novelty, but if it’s part of the overall plan for modernity and ergonomics, then I say they can carry on. 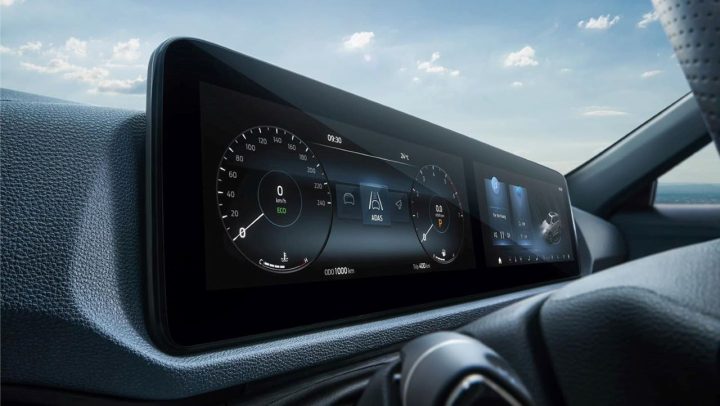 What grabs a lot of attention is the fully-digital cluster. Okay, so it’s a gauge cluster and the infotainment display combined into one. From behind the steering wheel to smack in the middle of the center stack, this massive screen takes a lot of dashboard real estate. The PH-spec Territory already has a digital gauge cluster, but the head unit is still a bit clunky. An upgrade such as these would give it a more modern and upmarket look and feel. 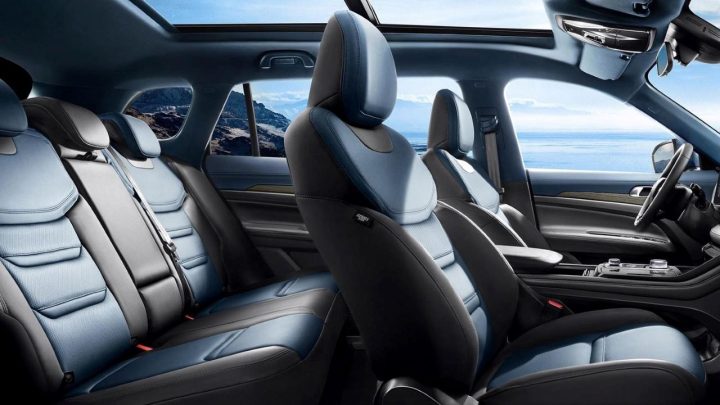 Despite it appearing to look larger, it remains to be a 5-seater crossover. We can’t say for sure, but the material of choice seems to be a mix of Alcantara, leather, and fabric. The same faux wood accents adorn the dash and door cards, and they do well to add a touch of class along with the brushed aluminum bits scattered throughout.

As we mentioned earlier, it’s a blue-black affair inside the cabin. We think there’s a whole lot of blue, though. From the A-D Pillars to the door sidings to the upholstery and even the headliner, it’s blue. Well, Ford is nicknamed the blue oval brand. Unless they’re gunning to be the blue-oval-and-innards brand, this is just a little bit too much. Hopefully, there’s some way to customize this, but we highly doubt that. 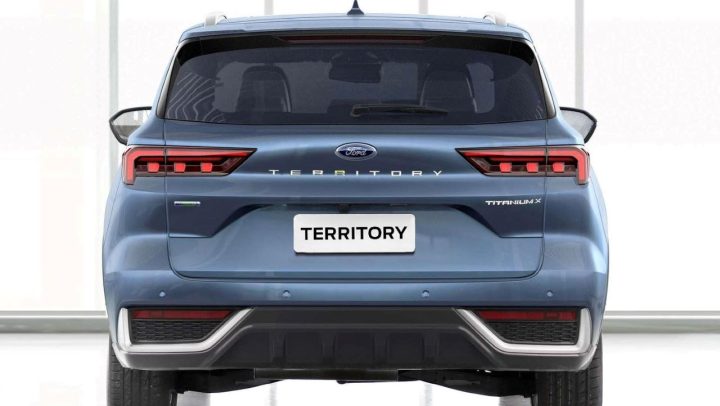 No information about the engine has been published as of yet. We can only assume that it will have the same 1.5-Liter EcoBoost engine that we currently have. That’s good for 143PS and 225 Nm of torque. The Equator Sport has the same displacement mill but is published to have about 172PS and 260 Nm of torque, figures much more than that of the Territory. All-wheel drive may also be out of the question, though. So getting down to the rub, again, we say that this might be what we’ll get as the 2023 Ford Territory. Given that the Equator Sport is the smaller, more “economical” and downsized version of the Equator, it gives a great value proposition to equal or maybe even surpass the local Territory’s offerings. That’s more so now since the Territory is only available in one variant: the Titanium.

Do you think this should be the Philippines’ 2023 Ford Territory? Or should they do away with it and just bring the Equator Sport instead? Let us know what you think in the comments.