Those who need to drive along Elliptical Road every morning know just how bad rush hour traffic is. In a bid to improve the daily situation, a new traffic scheme has been implemented. While not a “scheme” in itself, it will make use of temporary barriers or islands at the Visayas Avenue and North Avenue exits to properly funnel vehicles who intend to turn right at the corner.

The new scheme set by the Department of Transportation (DOTr) started its dry run this past weekend on October 22.

Traffic is caused in great part by vehicles swerving to the right to turn into the exits from Elliptical Road. This causes jams and bottlenecks that can sometimes stretch all the way and further into the various arteries coming out from QC Circle. This new scheme wants to address that. 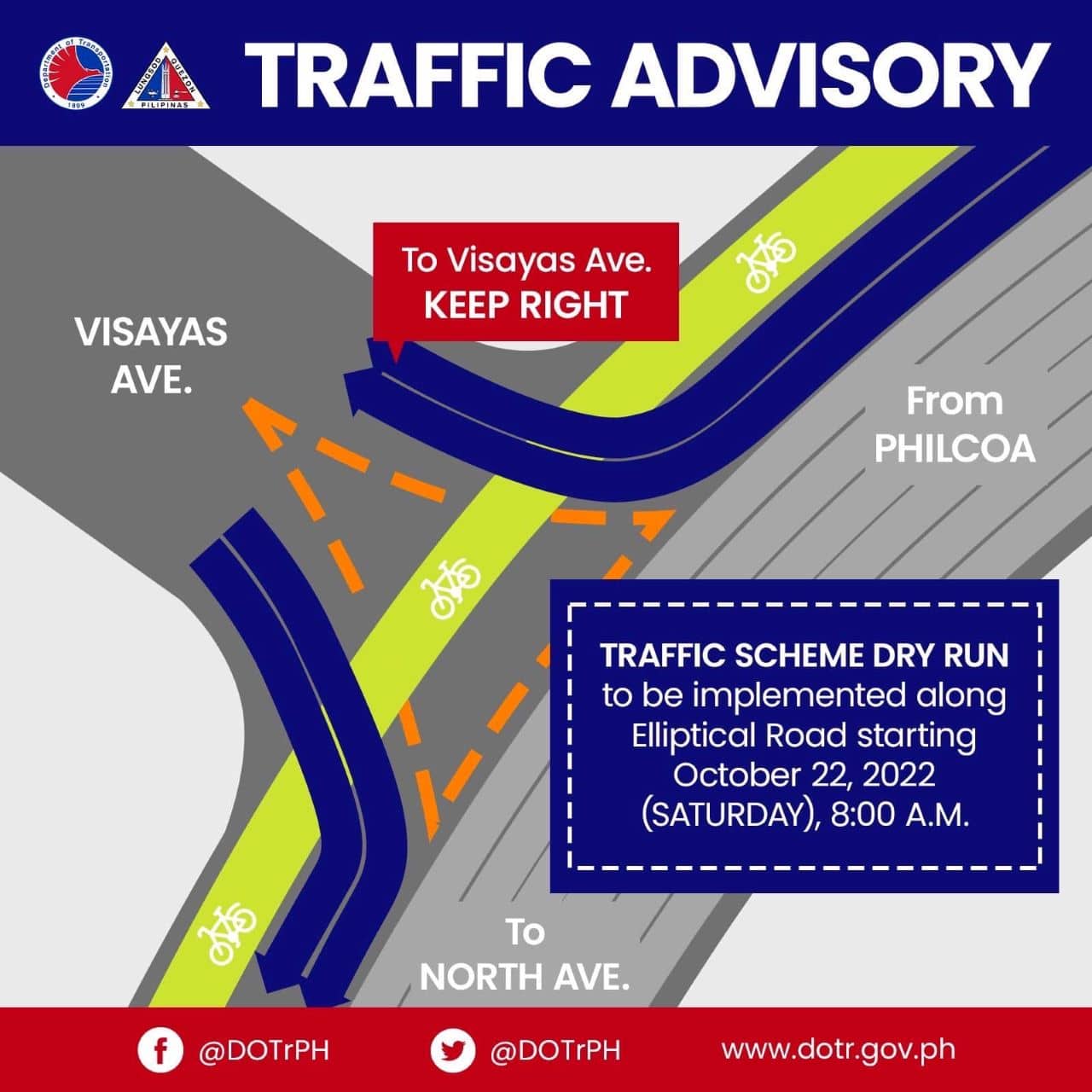 By using temporary barriers that will make up an island, motorists who are coming up to their exit are already supposed to be traversing the 2nd and 3rd lanes from the right (the rightmost lane being a bicycle lane). The islands will then funnel them neatly toward their exit and to avoid swerving from lanes further to the left; this is what causes unnecessary blockages and jamming of vehicles that intend to move further forward.

Both the DOTr and the Quezon City Local Government are working on this joint project. They intend to study new road configurations in the area to serve as bases for the establishment of active and public transport infrastructure that will ultimately benefit cyclists, pedestrians, and the commuting public.

If you think about it, this is a pretty basic principle that many Filipino motorists might not know or just choose to disregard. Before getting to your turn or exit, you should already be in the right lane so as not to have to swerve late, but yes, that is the norm in the country’s driver etiquette and courtesy situation. Sad, isn’t it? But we hope that this truly does help to remedy the whole situation.

Is this the full model change Toyota Innova we're seeing, or do our eyes deceive us?

Is the 2023 Suzuki Ertiga Hybrid coming? Based on this lone teaser, it most likely is