Xiaomi has unveiled the Ninebot GoKartPro Lamborghini Edition along with the Mi Ultra 10 and Redmi K30 Ultra. Adapting the same form factor from the regular Ninebot GoKartPro, the Lamborghini Edition comes with a yellow paint job and incorporates the classic Lamborghini branding. It has a black spoiler, soft TPE front lip, aerodynamic side skirts, drift-friendly tires, adjustable seat, Lamborghini emblem at the front, and a durable steel frame that can carry a driver weighing up to 100 kg. Equipped with two air-cooled, high-powered hub motors, the electric kart has a maximum speed of 40 km/h. It can travel up to 25km at a full charge which is equivalent to 62 laps on a 400m track. It is powered by a battery pack rated at 432 Whr. 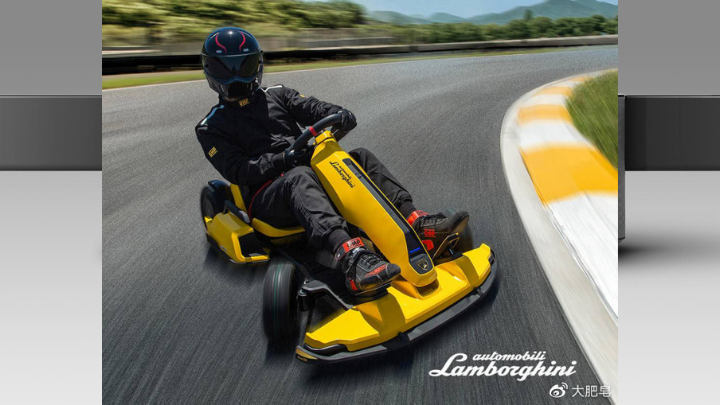 Users may also adjust the driving modes of the electric kart through its app and an engine speaker that mimics the roaring sound of an engine. It is also foldable and can be carried anywhere.

The Ninebot GoKartPro Lamborghini Edition is now available for in China for CNY 9,999.